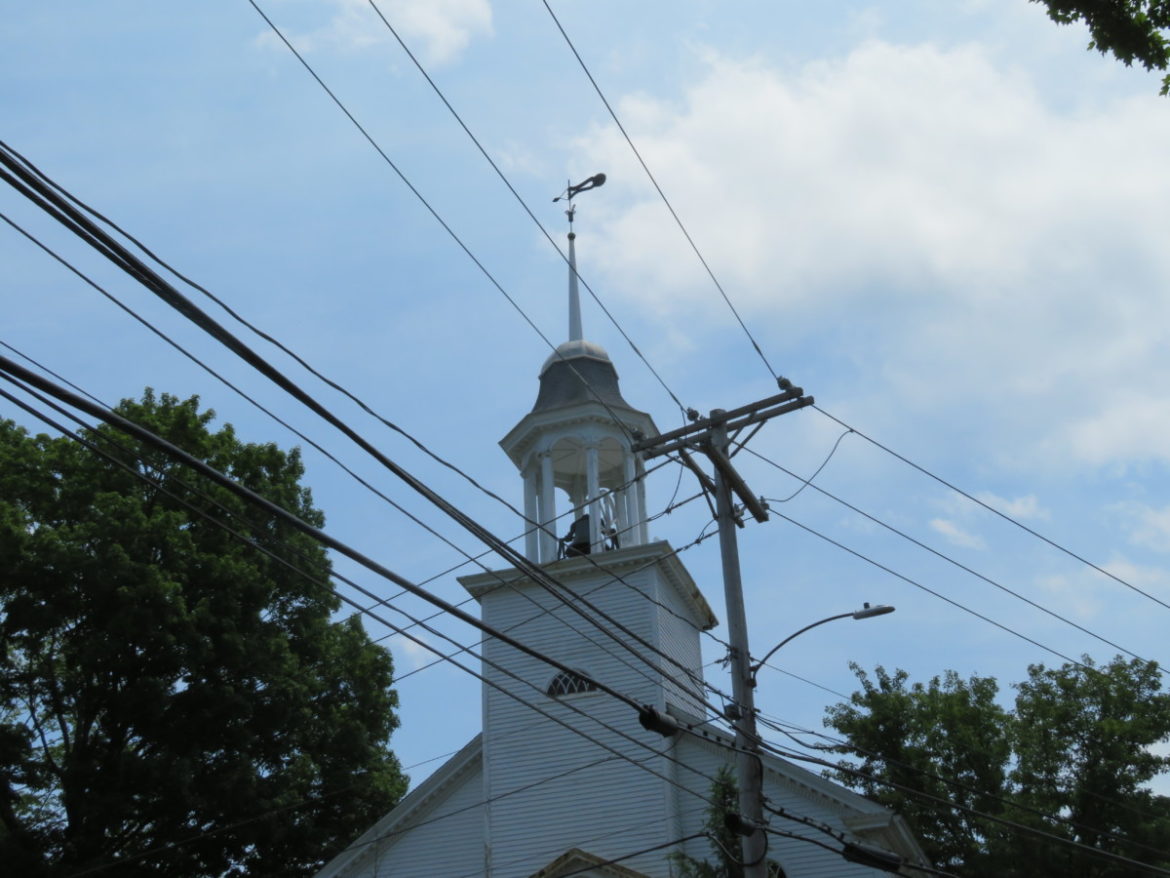 The bell in the steeple of St. Peter's Episcopal Church can be seen from the Monroe Green.

MONROE, CT — Bells at St. Peter’s Episcopal and Monroe Congregational churches rang out every night around the Monroe Green last March, providing a sense of community to residents following stay-at-home orders in response to the coronavirus pandemic.

First Selectman Ken Kellogg, who had asked the churches to ring their bells at 8 p.m. after hearing input from residents and committee members, remembers hearing about people joining in by ringing bells at their own homes. 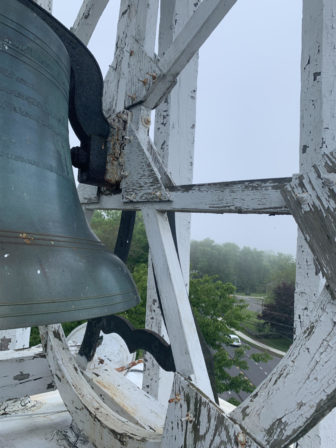 “It seems so long ago,” Kellogg said. “It was still kind of cold out and dark and we all shared concern at the time. Anxieties were a little bit higher not knowing where this disease would go. I think it was something that provided connectedness and hope for the community.”

But the bell at St. Peter’s Episcopal Church recently stopped ringing. The Rev. Kurt Huber, rector of the church, said the start of a crack was discovered in its bell during an inspection of rotting wood in the belfry. 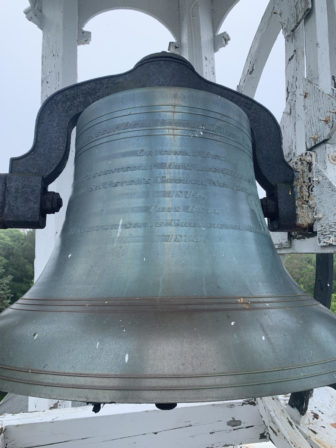 The church’s first bell was presented by Lucy Beardsley in 1812.

Huber said the bell was rung at a 9/11 memorial event, was rung 26 times for each victim of the Sandy Hook school shootings and was likely rung to celebrate the end of World War II. In addition to significant national and global events, the bell is rung for church services, funerals and weddings.

It weights approximately 1,300 pounds, according to Huber.

Years of rain, wind, ice and snow have taken a toll on the belfry within the steeple. The church hired a company to assess the rotting wood, when the damage to the bell was discovered.

“The original cast iron yoke is cracked, the top plate is cracked. The wood wheel is in poor condition and the wood base that the bell rests on is deteriorating,” Huber said. “The clapper assembly is loose, and most often this indicates that the bell is loose in the yoke.”

The reverend said the bell restoration will include a new structural steel yoke, “A” stands and wheel, as well as a new clapper and headpiece assembly. All new steel will be galvanized and powder coated and there will be a new wood base structure. 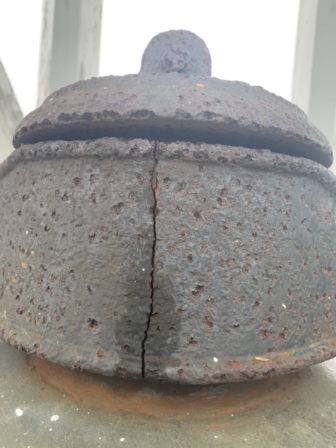 A crack is forming in the bell at St. Peter’s Episcopal Church.

“This includes the use of a crane for removal and reinstallation,” Huber said.

In fact, he said two cranes will be needed, because the bell is so heavy.

Church Specialties, the Vermont company hired to do the work, estimates removal, transportation, restoration of the bell and reinstallation will cost $40,000.

St. Peter’s established the Bell Restoration Fund. Those wishing to donate can send a check to St. Peter’s Episcopal Church with “bell restoration” in the memo and mail it to 175 Old Tannery Road, Monroe, CT 06468. To make a donation online click here. To donate through PayPal click here.

One thought on “St. Peter’s seeks donations to keep its historic bell ringing”