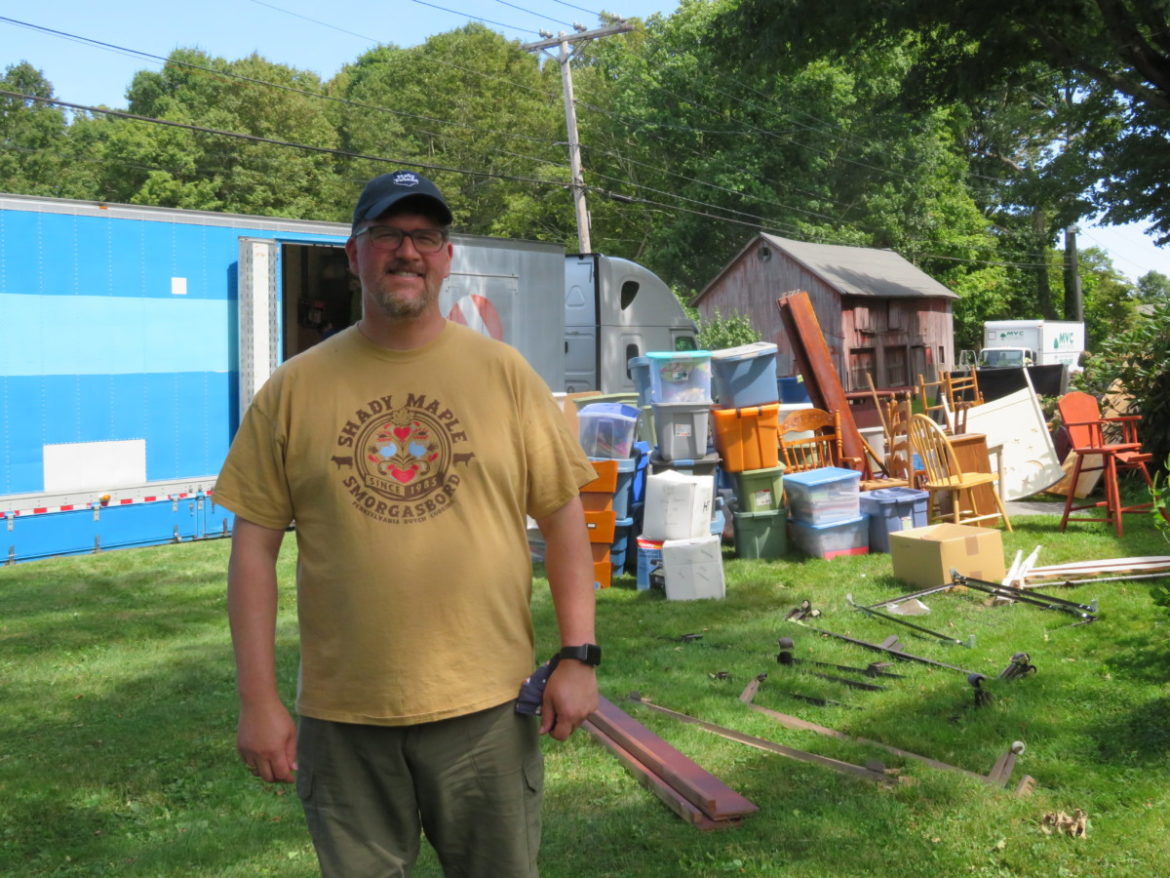 The Rev. Kurt Huber stands outside the rectory on Old Tannery Road, as movers pack up trucks for his family's move to South Dakota.

MONROE, CT — The Rev. Kurt Huber left St. Peter’s Episcopal Church for a new mission on the Cheyenne River Sioux Reservation in South Dakota after having served the Monroe congregation for 18 years.

“My wife and I will minister together,” Huber said, as movers loaded trucks with furniture and other belongings outside the rectory on Old Tannery Road on Aug. 26. “The idea of us serving in the same place excited us.”

Huber’s wife, Ellen, left Christ Church in Easton, where she served as reverend for 16 years. Three of the couple’s youngest five children made the trip to South Dakota with them.

The reservation town is called Eagle Butte and it is served by the Cheyenne River Episcopal Mission, which has 11 congregations, though eight meet regularly. The Hubers will serve all of the churches together.

“These are much smaller congregations, smaller churches — some with no electricity,” Huber said. “It’s a community in need and the idea of serving in the same place together … we’re excited about the opportunity.”

The land mass of the reservation is nearly as large as Connecticut, 4,266 square miles compared to 4,849 in the Nutmeg State. But its population is smaller than Monroe, which has around 20,000 people compared to only 8,090 Native Americans.

South Dakota, which ranks 46th among the states for population density, is one of the most rural states in the U.S. 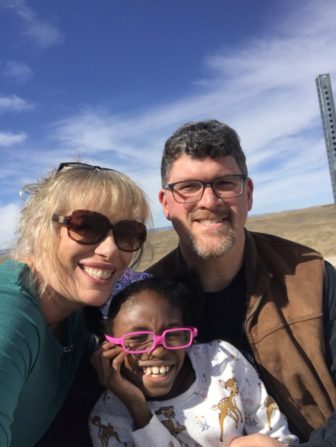 The Rev. Ellen and The Rev. Kurt Huber at the Sioux reservation in Eagle Butte, S.D., with their daughter, Norah. Contributed

“My wife grew up in rural Pennsylvania, so the idea of being somewhere rural appealed to her,” Huber said. “She would laugh when people would call Monroe rural.”

There is a longstanding relationship between the Episcopal church and the Lakotas, according to Huber, who said a prayer book is printed in the tribe’s language.

The reverend looks forward to becoming immersed in the Sioux culture. Before moving to the reservation, he bought books on Native Americans from Turning the Page, a bookstore in Clock Tower Square in Monroe, to brush up on the history.

“We’re excited to walk with them on their new journey and celebrate who they are, as well as their proud past,” Huber said.

The Hubers were interviewed by Bishop Jonathan Folts in South Dakota before being chosen to run the church there. “The people were very warm and welcoming,” Huber said of a previous visit. 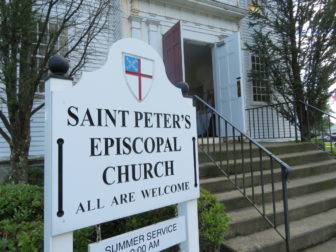 Since St. Peter’s Episcopal Church was founded in 1802, Huber said he was about the 30th rector. The Monroe church will not have a new reverend until the fall, according to Huber, who gave his last service there on July 26.

“It was hard because you can’t hug everybody and have those rituals,” he said, alluding to the COVID-19 pandemic. “We had it on the green. There were around 80 people. It was nice.”

Huber said he’ll miss Monroe’s community spirit most, from the church fish fries to the apple festivals and outreach to those in need.

“This community had a great spirit,” he said, “so it’s been fun to be part of that.”