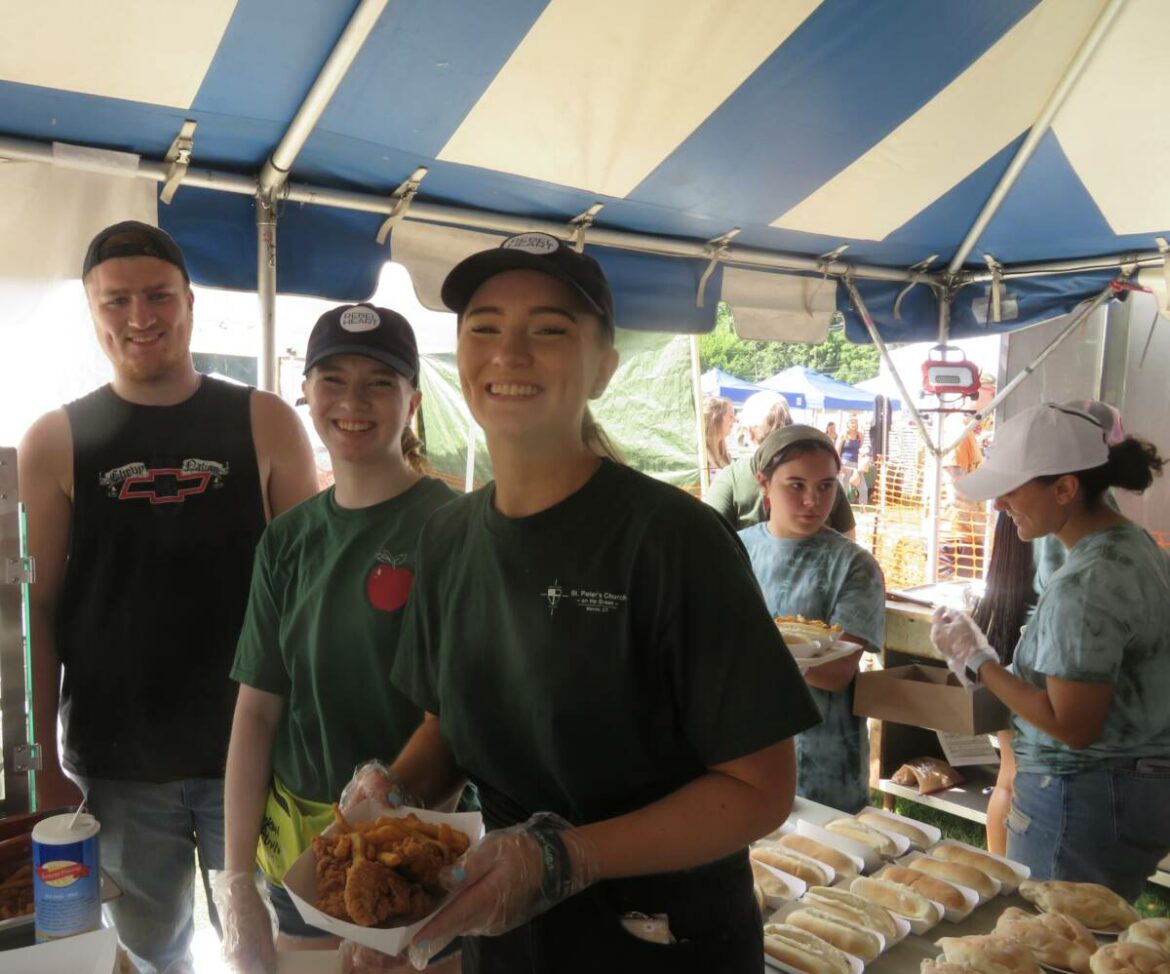 Michael Charity, left, works in the food tent with his sisters, from left, Juli and Sara, during St. Peter's Episcopal Church's Apple Festival Saturday. The festival continues this Sunday from 10 a.m. to 4 p.m.

MONROE, CT — Pat Eaton rolled out of bed early Saturday morning, so she could get to St. Peter’s Episcopal Church’s kitchen by 5 a.m. Candy apples had to be made for opening day of the annual Apple Festival and it takes a long time for the red ones to reach the hard-crack stage, according to Eaton.

By early Saturday afternoon, Eaton and other volunteers still worked in the kitchen. Eaton put trays of apple crisps and turnovers into ovens, Susan Cappucci sprinkled powdered sugar over a batch of turnovers, and Cindy Bradford dipped apples into a pot of melted caramel under the watchful eye of her son, Flynn, 6. 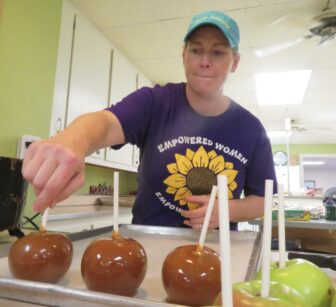 Two teenage girls carried trays of the sweet desserts across the street to the festival on the green, at the corner of Route 111 and Fan Hill Road.

“This is absolutely fantastic,” Dee Stelmak, treasurer of St. Peter’s, said of the weather and crowd. “This is a greater turnout than we expected. We will have to do an assessment at the end of the day to see if we need to order more apples and cider.”

The Apple Festival, which features food, music and shopping at vendors’ tents, will have its final day this Sunday, from 10 a.m. to 4 p.m.

Norton Brothers Fruit Farm in Cheshire had delivered a truck load of apples, cider and peaches for the festival. The order included 20 40-pound-boxes of pre-cut apples for the apple crisps. 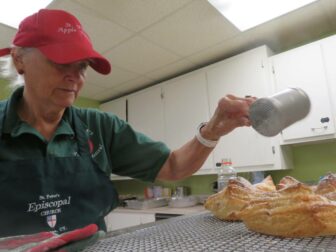 At the festival, cold apple crisps are sold at the Country Kitchen tent and hot crisps at the Apple Crisp tent, where customers can also add a scoop of vanilla ice cream.

“We buy about 40 pounds of fresh apples to sell and about 25 pounds of peaches,” Stelmak said, while standing at Apple Central.

The apple cider comes in 14 cases, containing four one-gallon jugs each, 20 cases of half-gallon-containers with nine in each case, along with 960 12-ounce singles, according to Stelmak.

As far away as Florida 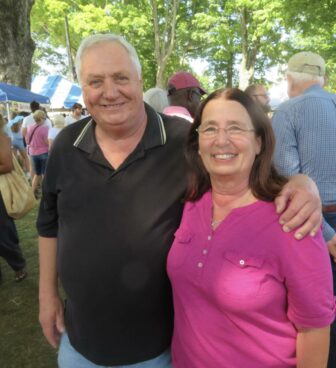 The green was covered with families shopping, standing in food lines and eating at tables. Among the crowd was Steve and Chris Bombero, of Monroe, who come to the festival every year.

“I like just looking at all the booths and, if something catches my eye, I’ll buy it — and of course, the apples,” Chris said.

Down the street, people drove around Fireman’s Field in search of parking spaces. 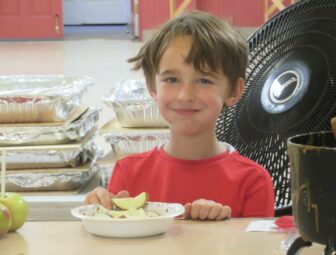 Jennifer Read, a fellow volunteer, said festival goers came from different parts of the state and some hailed from as far away as Massachusetts, Tennessee and Florida.

Organizers put out a Facebook post late in the week when the number of volunteers had fallen short, but by this weekend, Stelnak said enough people had come forward to make the festival go.

On Saturday, close to 50 volunteers prepared, delivered and served food. For some, it was a family affair. Lisa Charity’s husband Mike made fried dough and their three grown children, Michael, Juli and Sara also worked in the food tent. 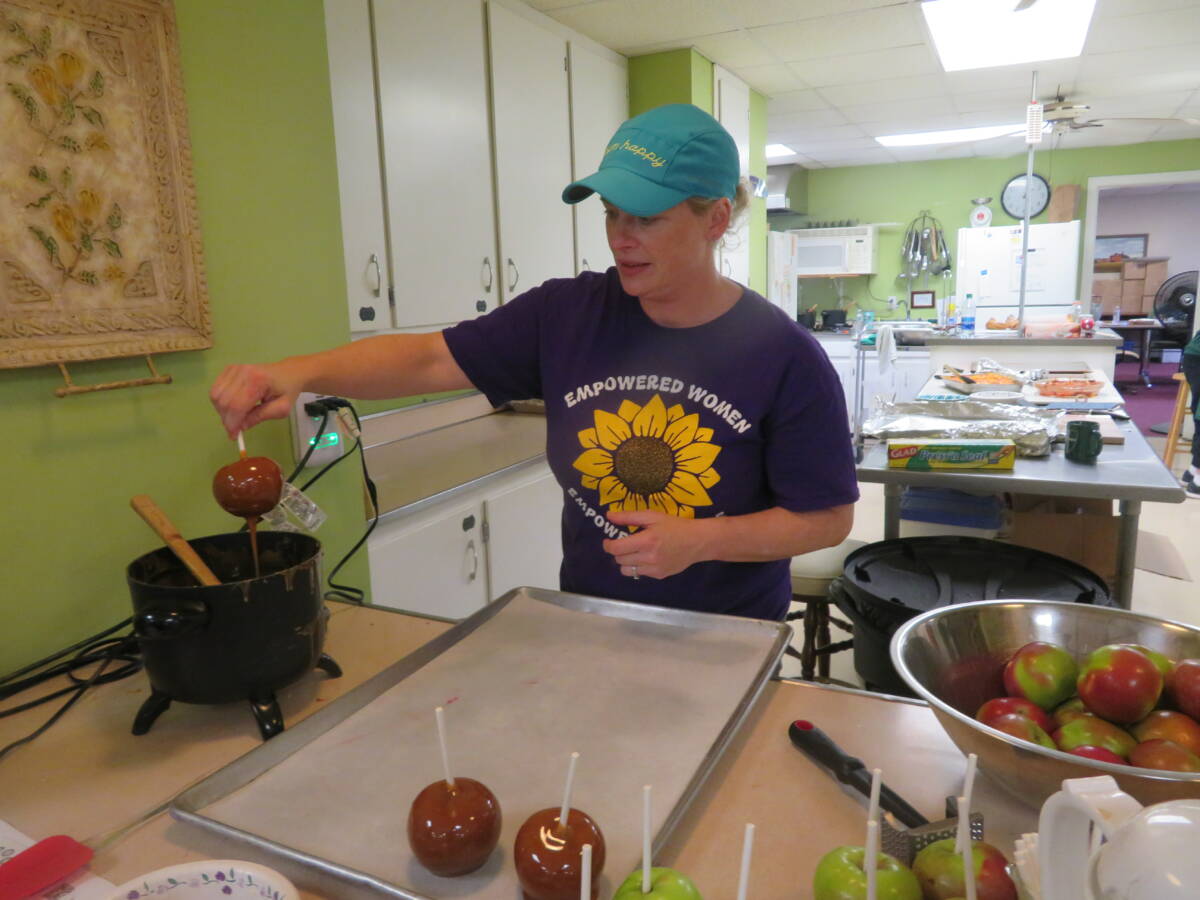 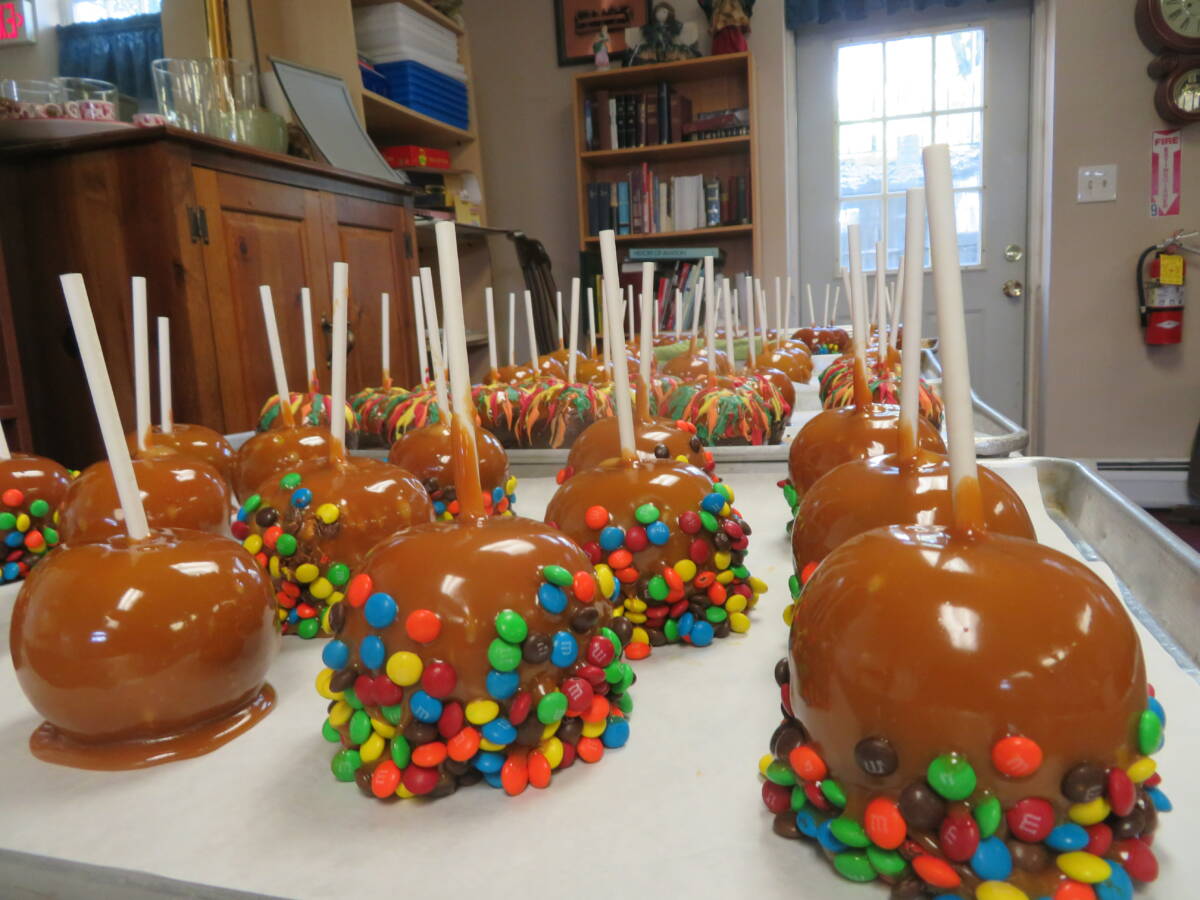 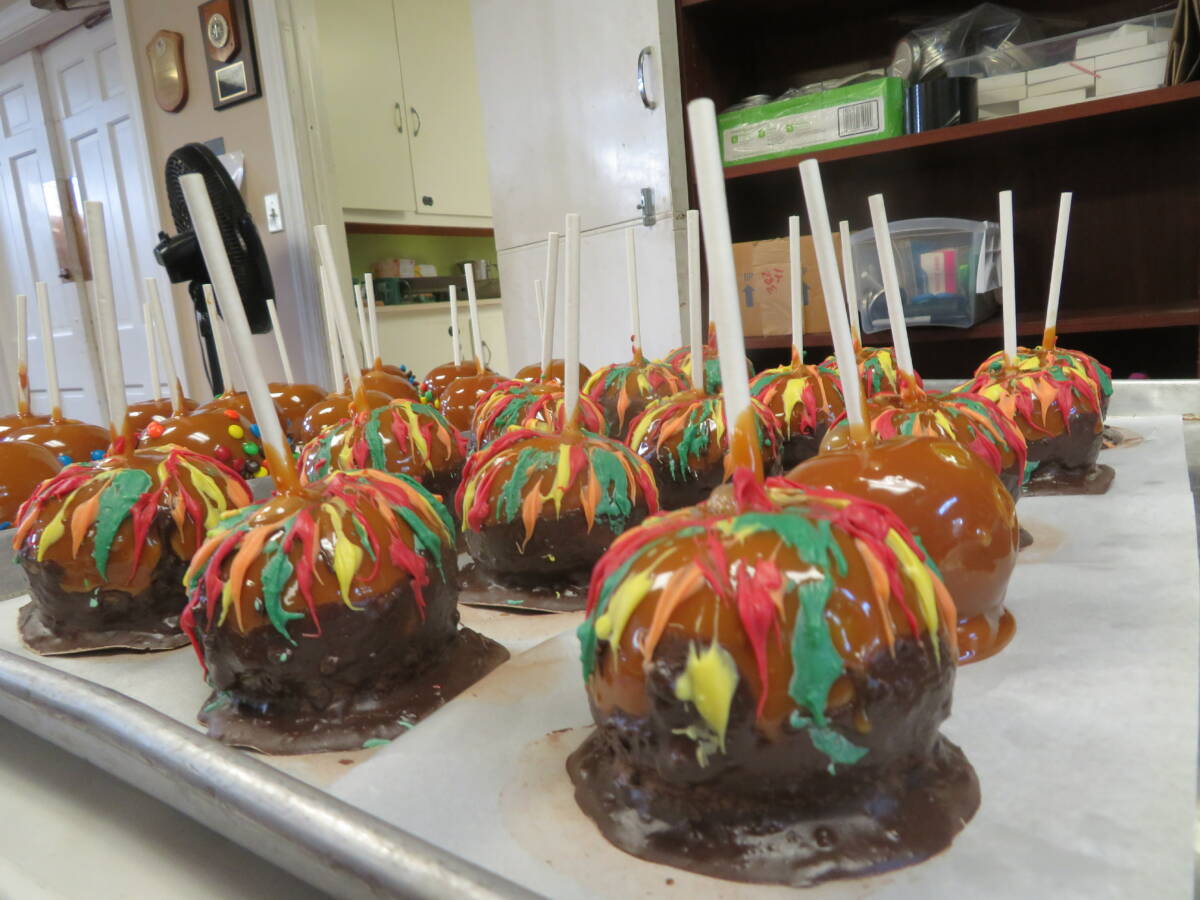 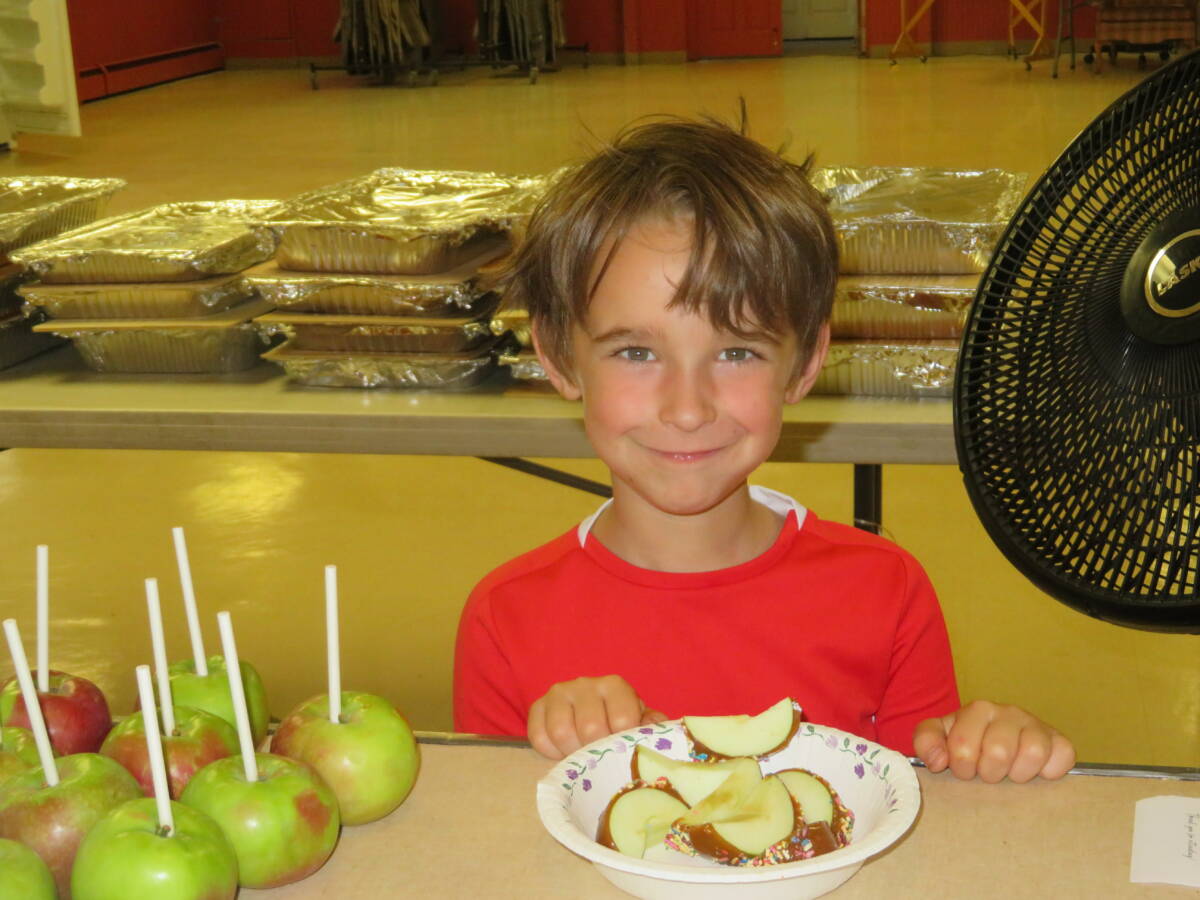 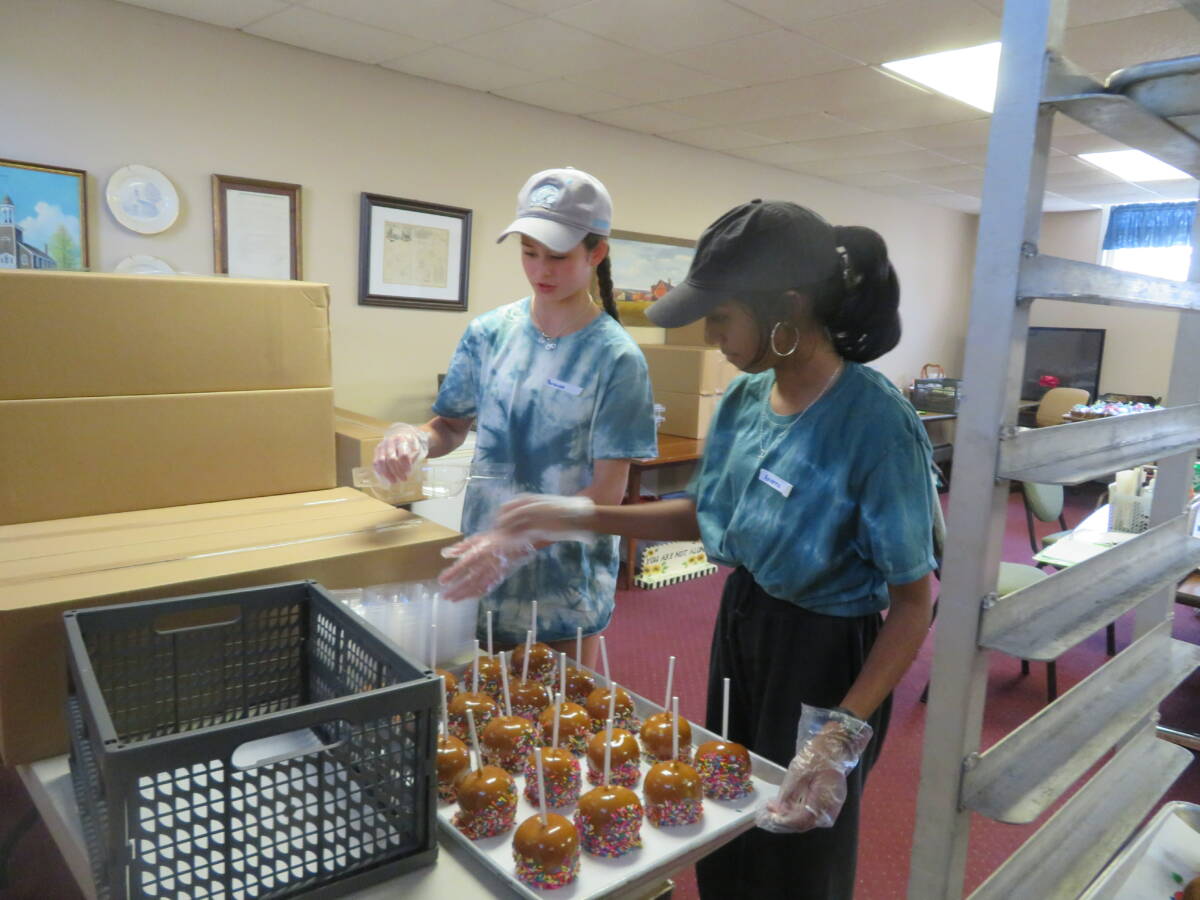 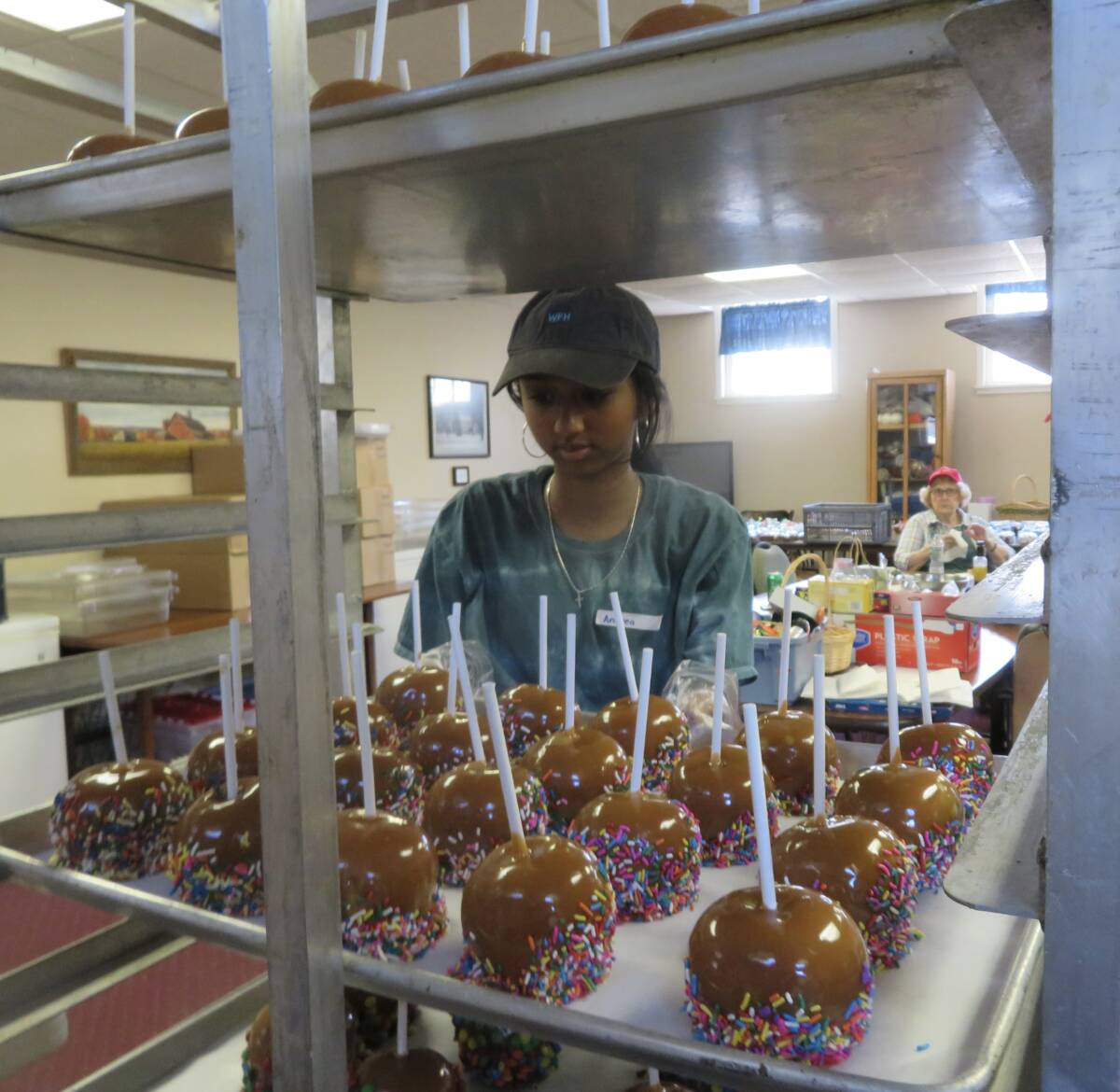 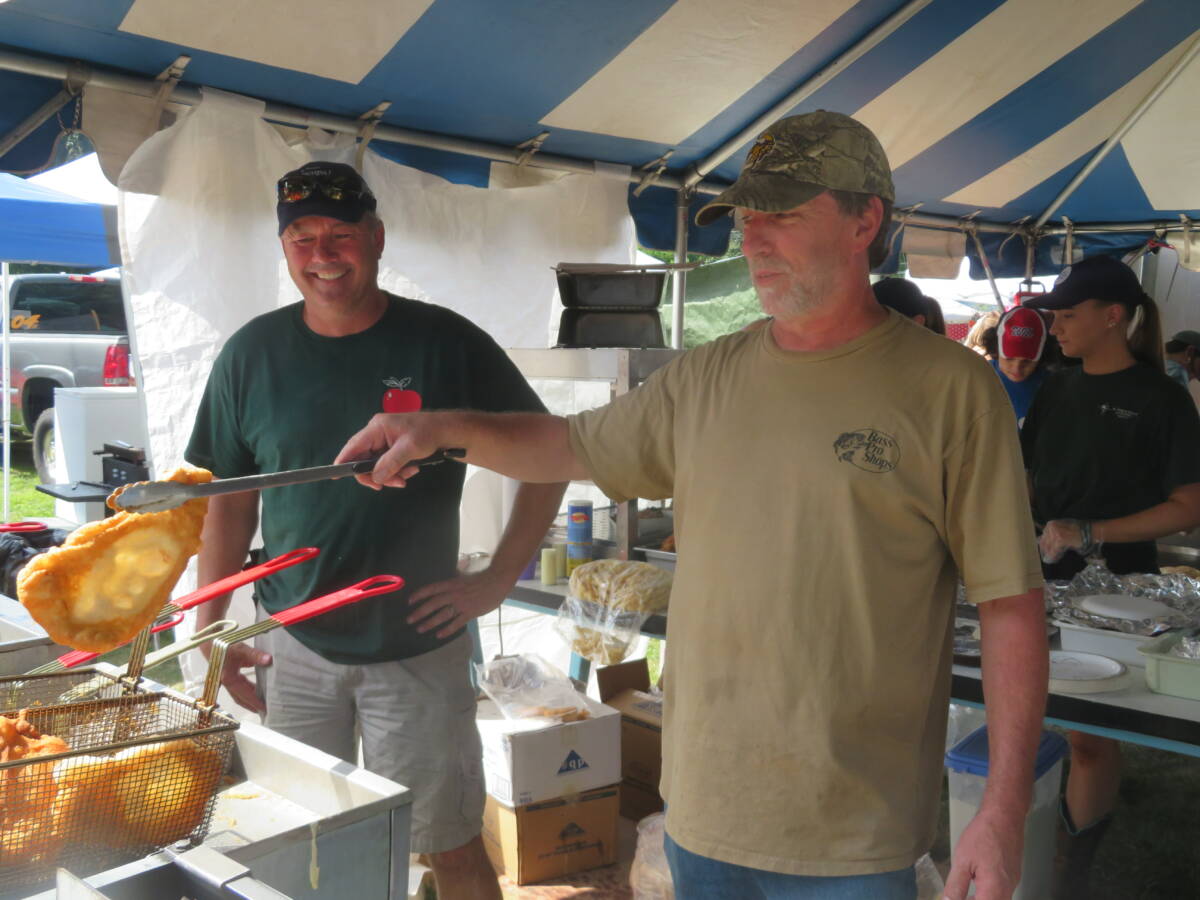 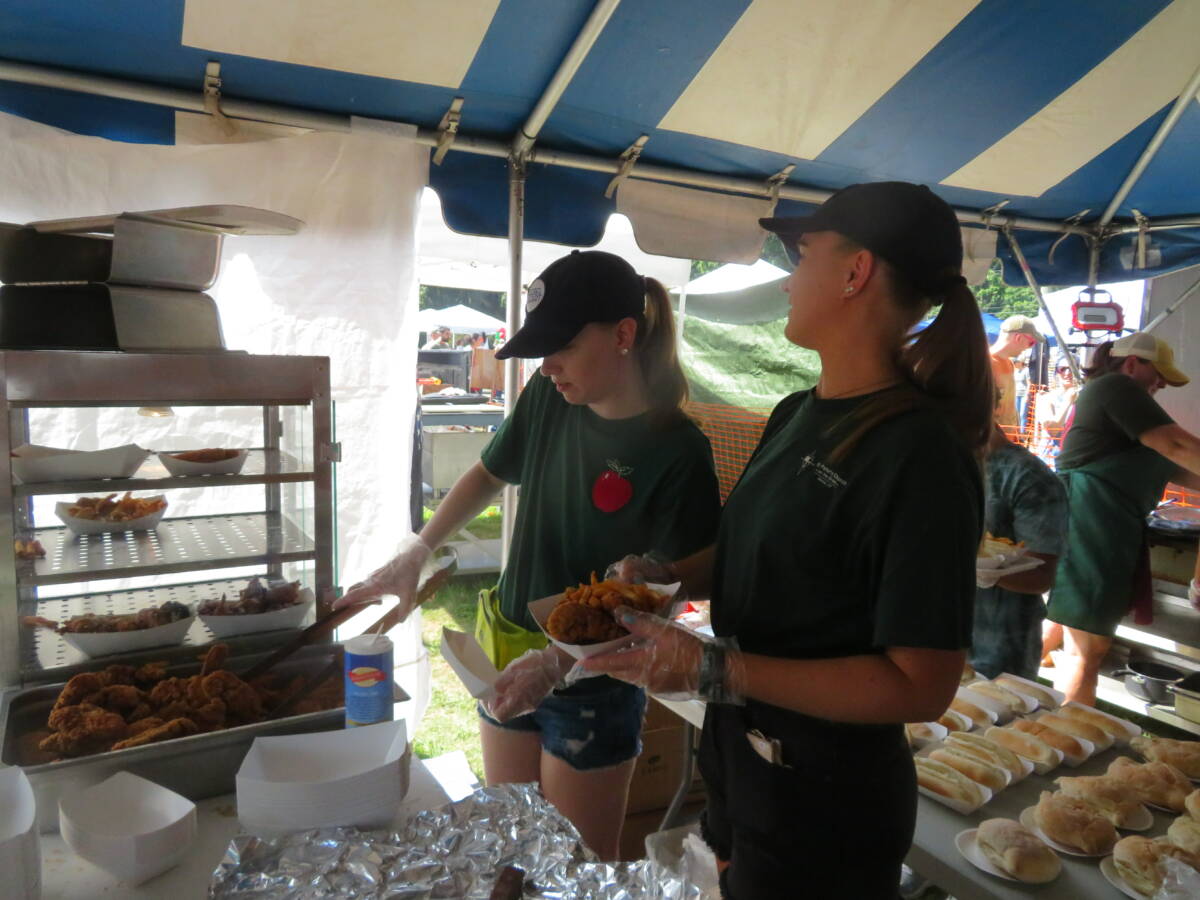 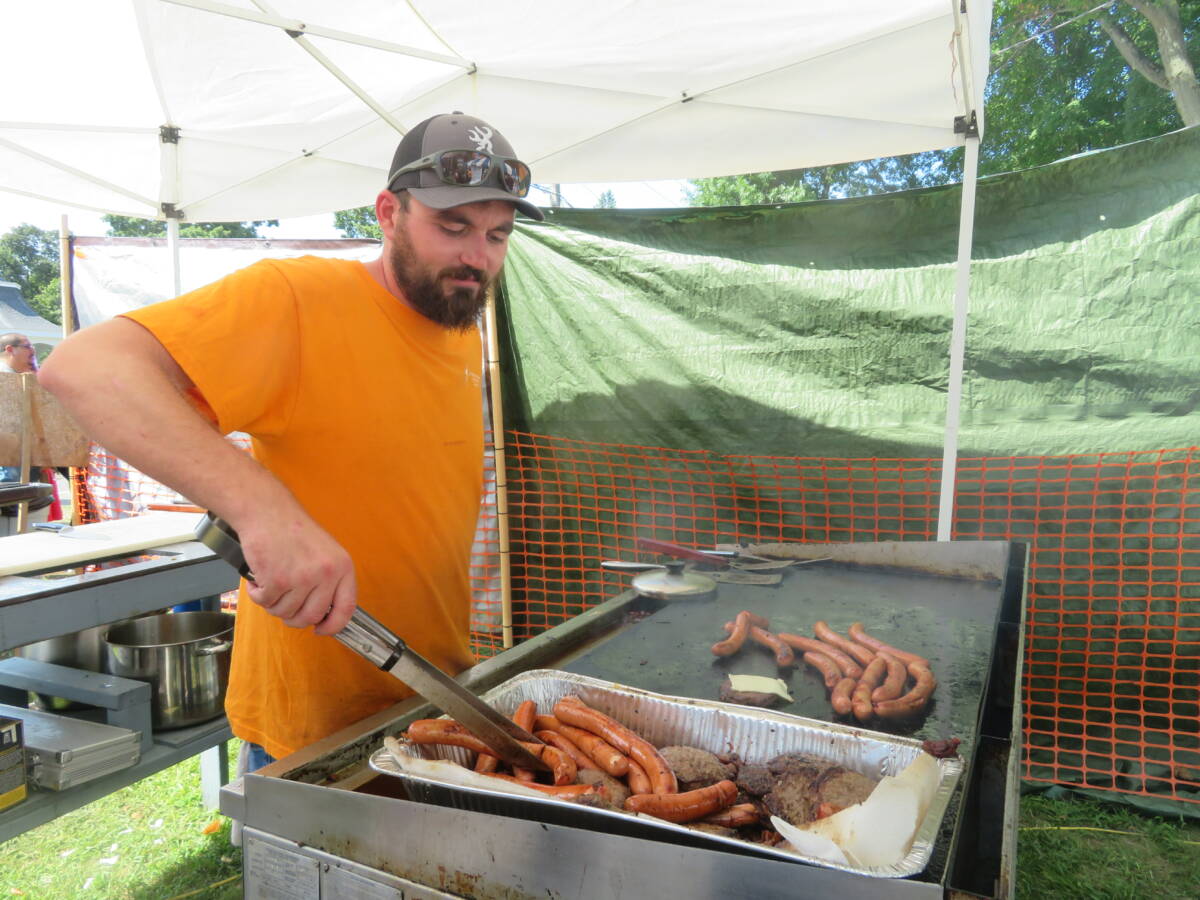 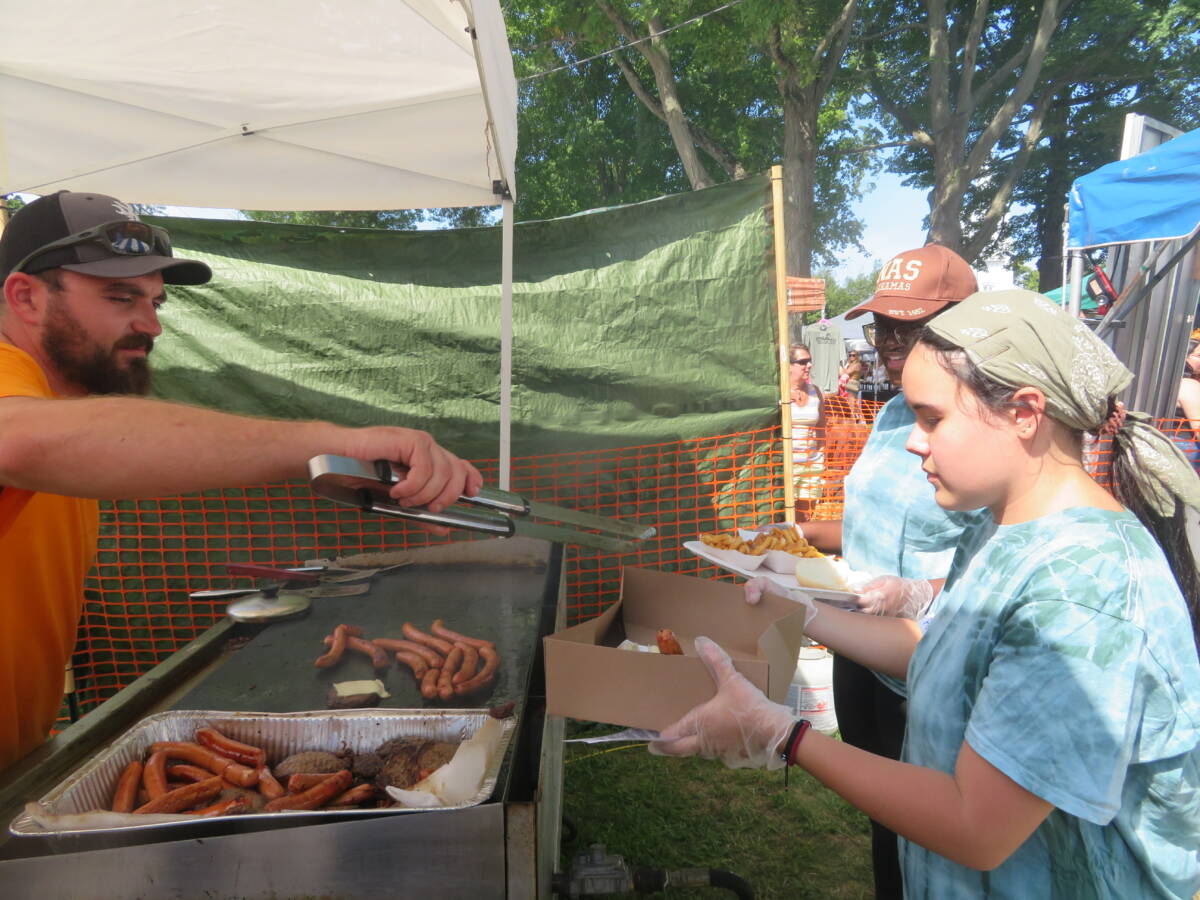 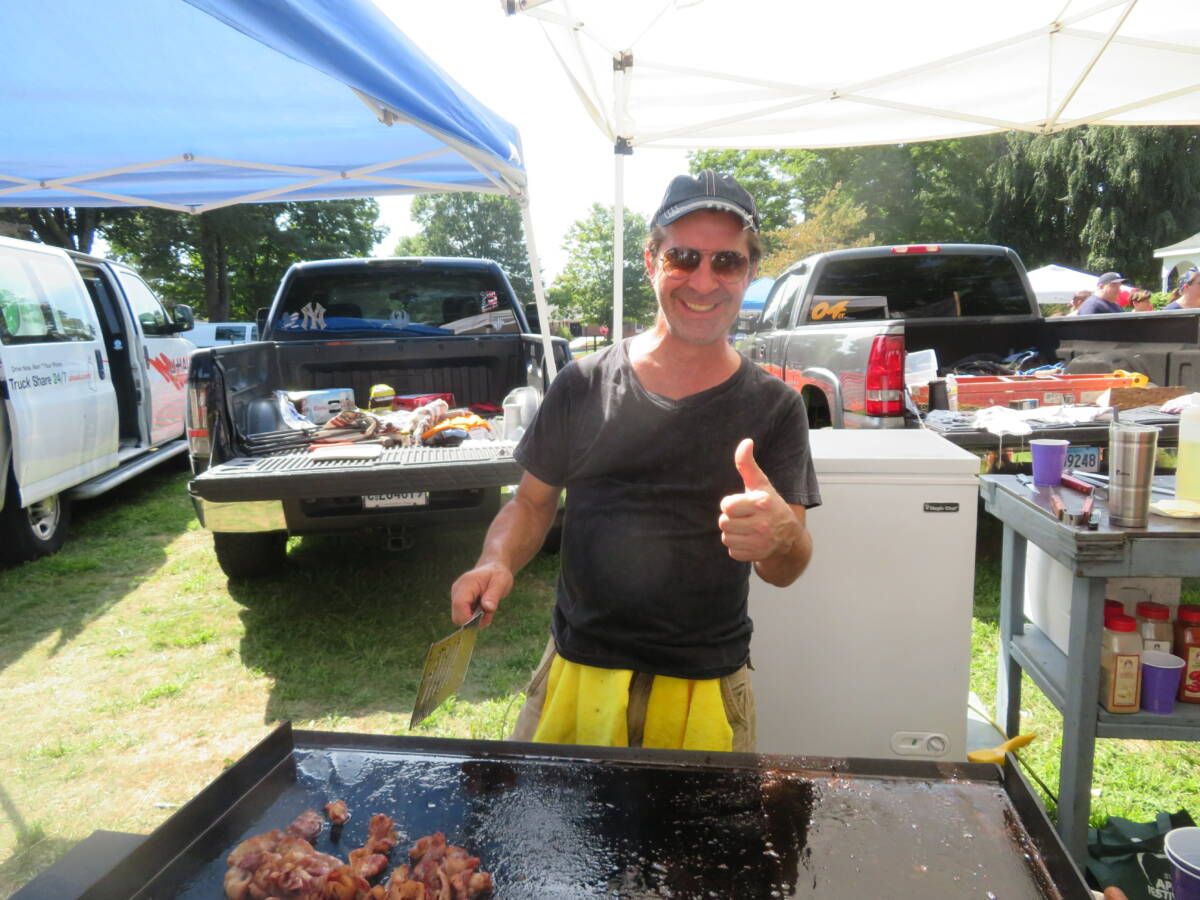 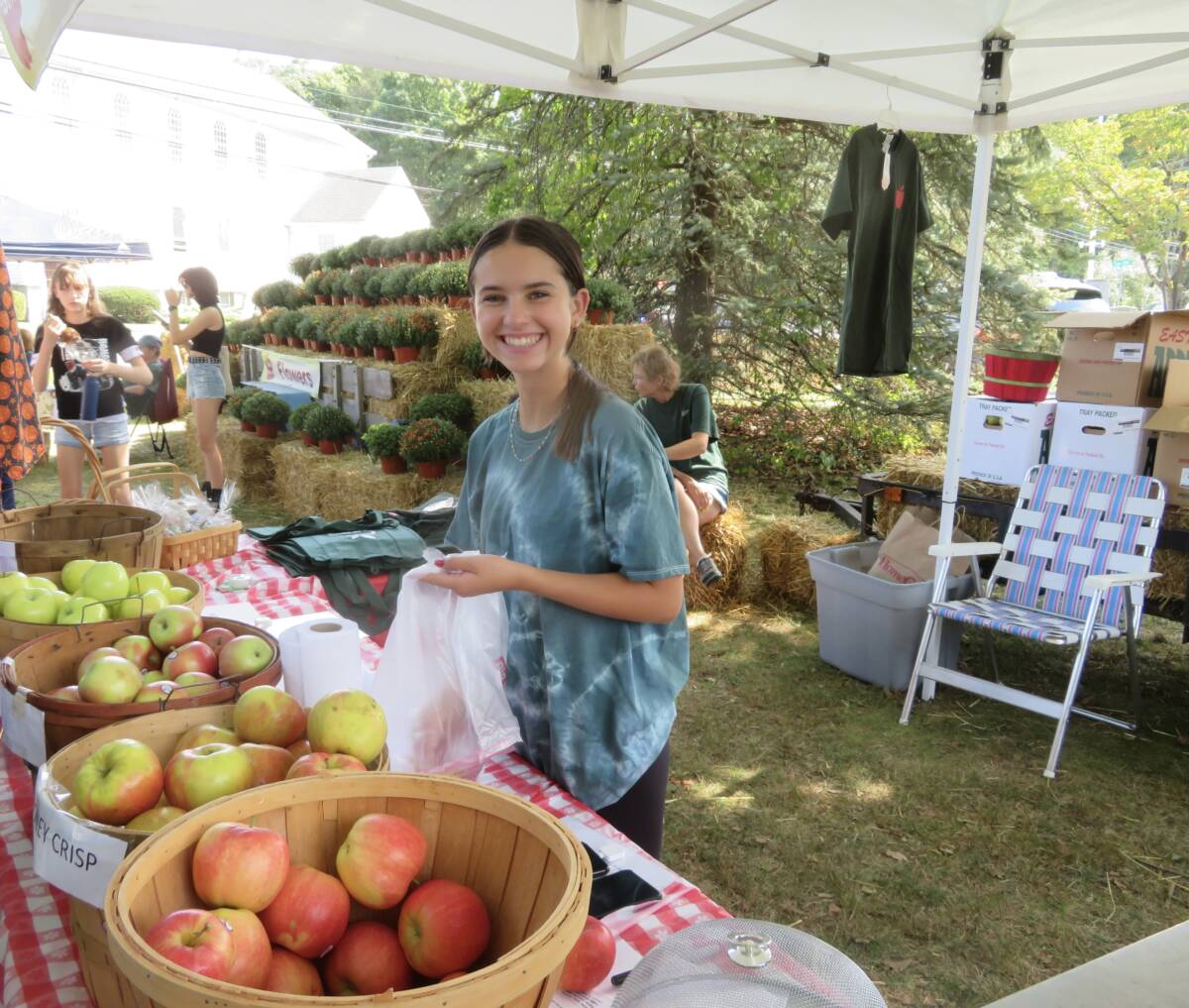 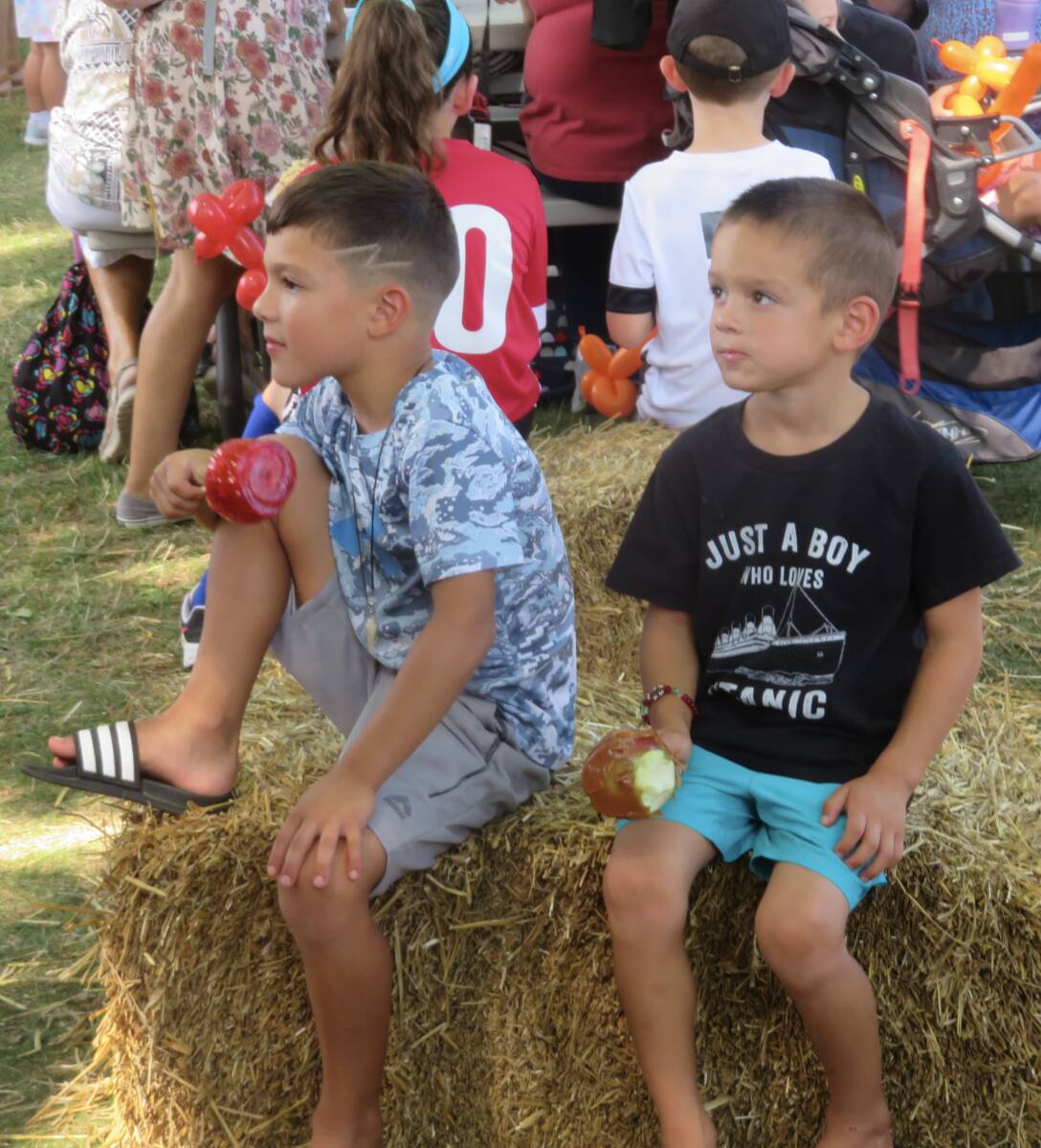 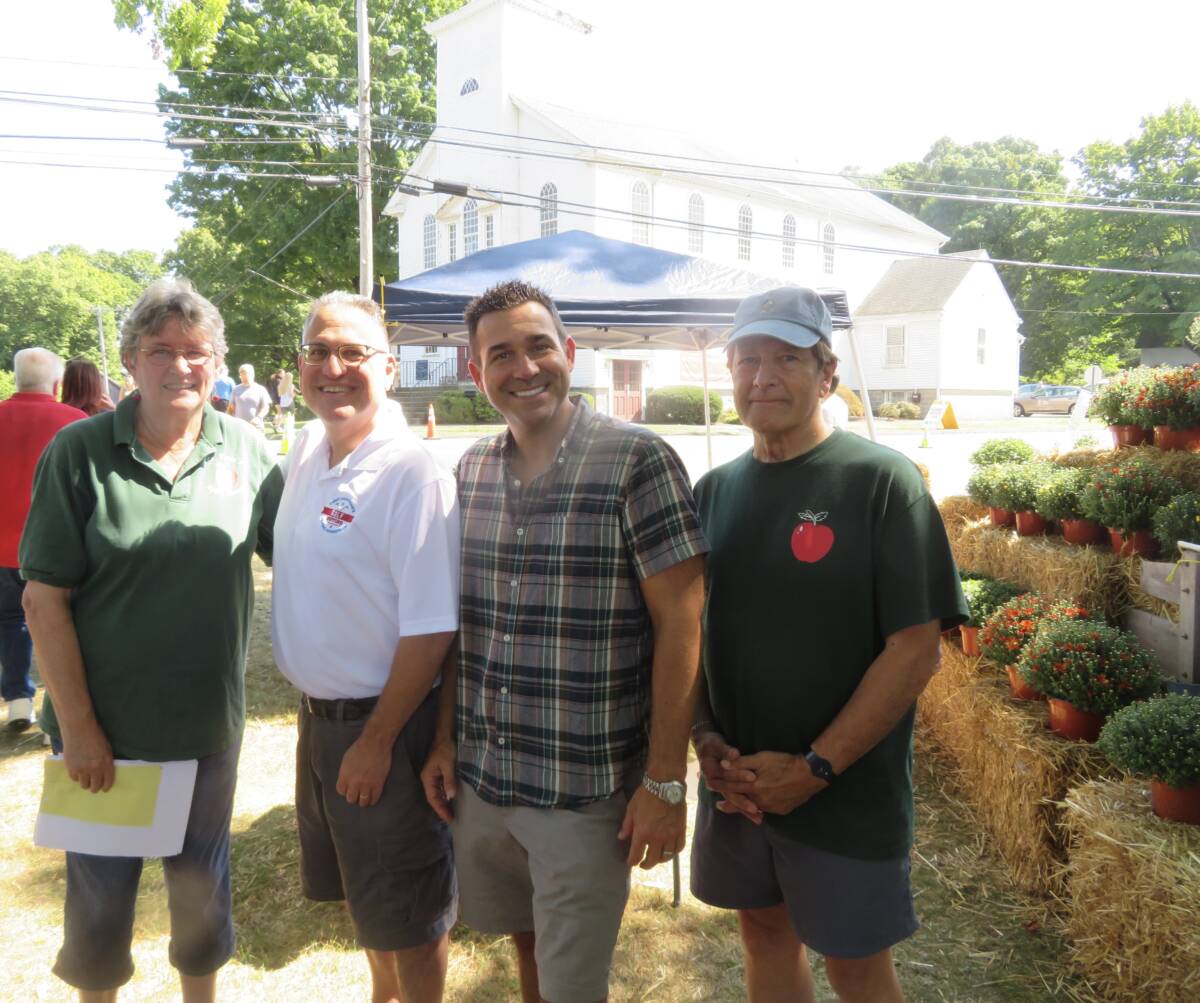 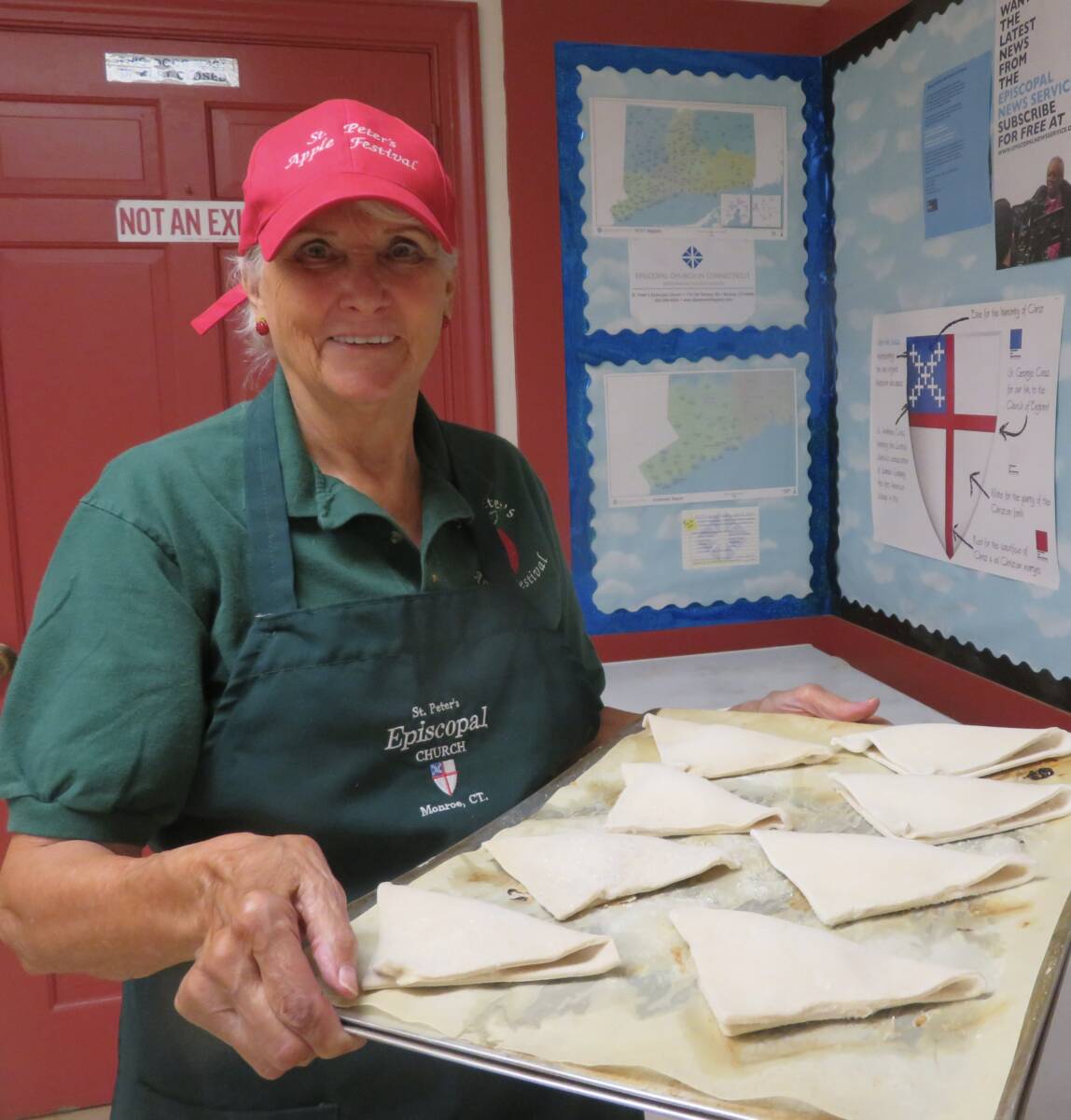 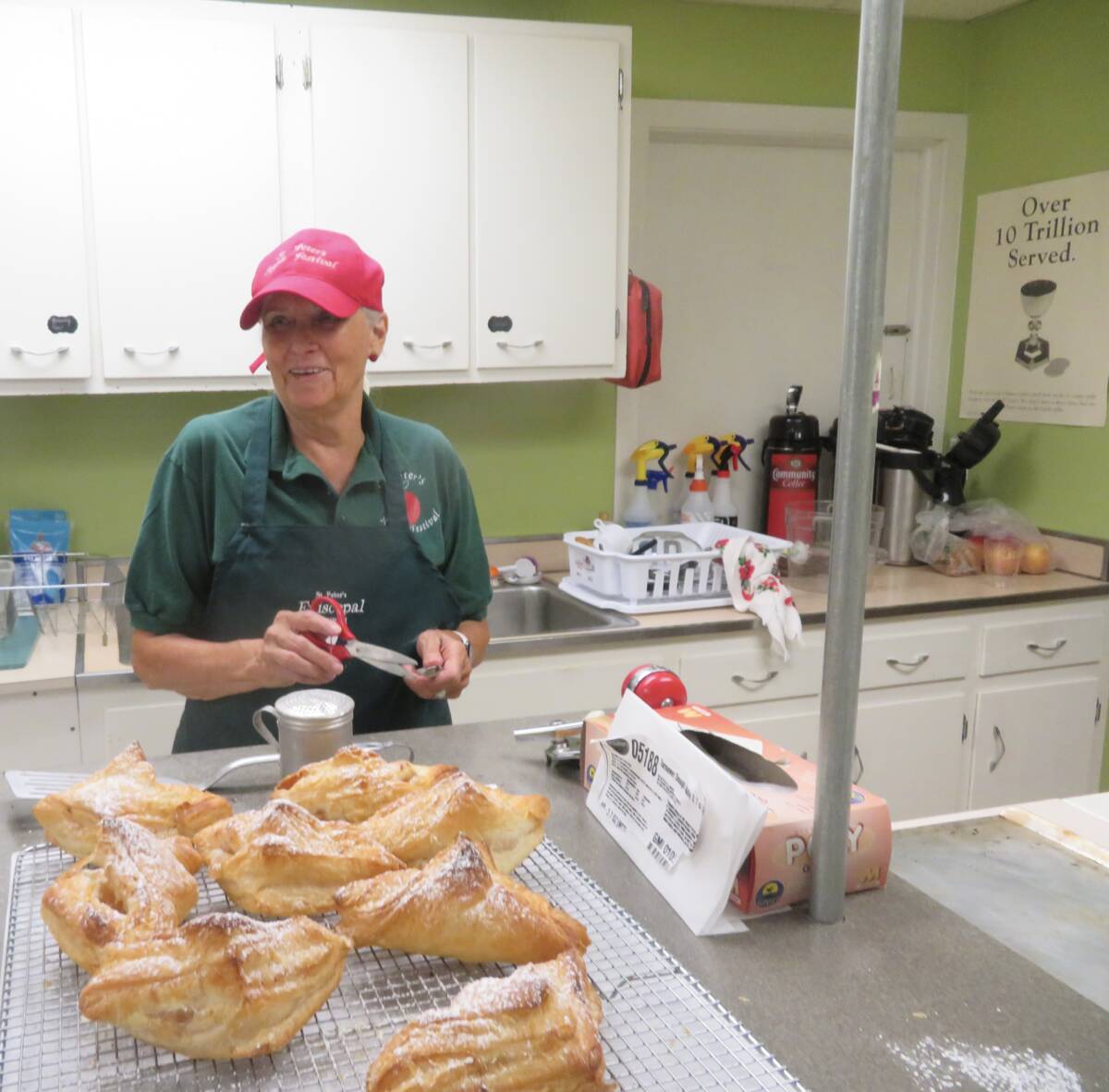 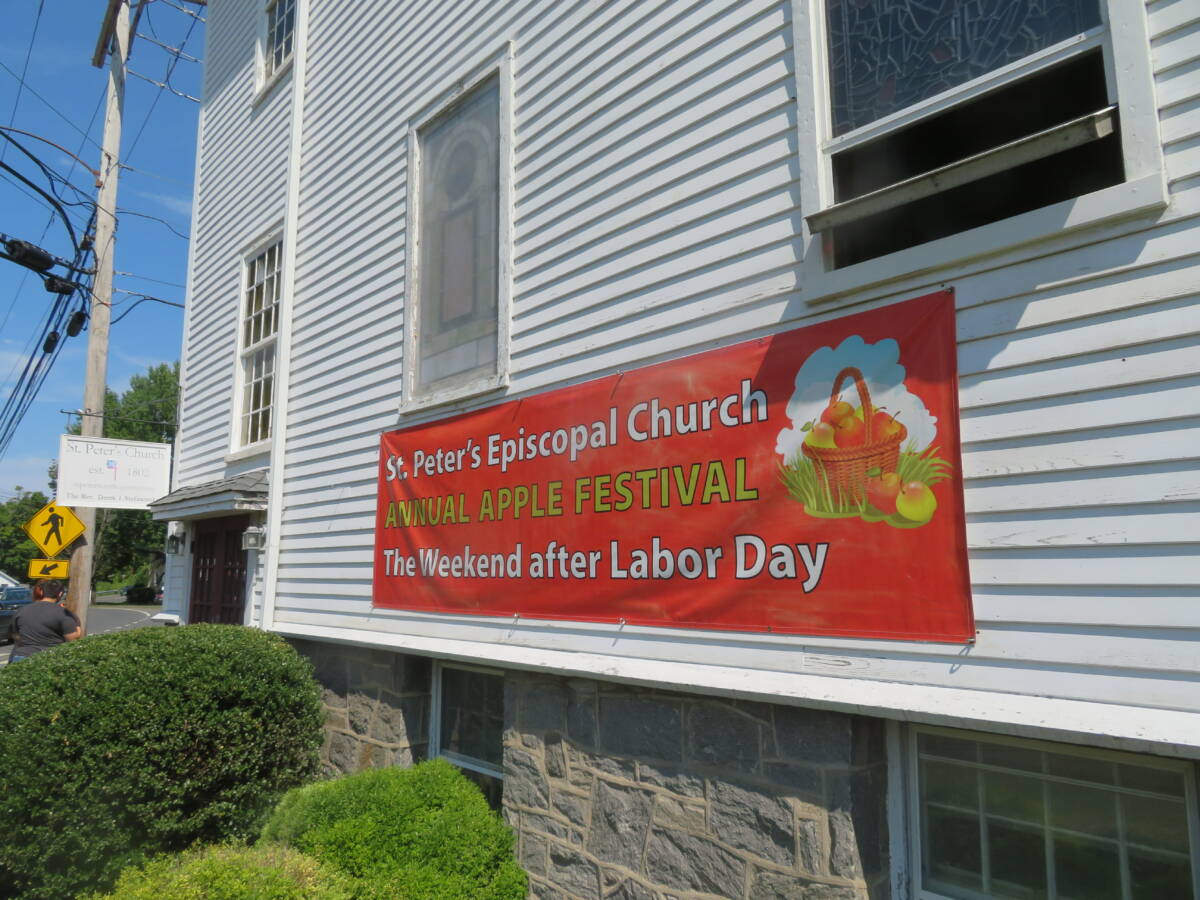