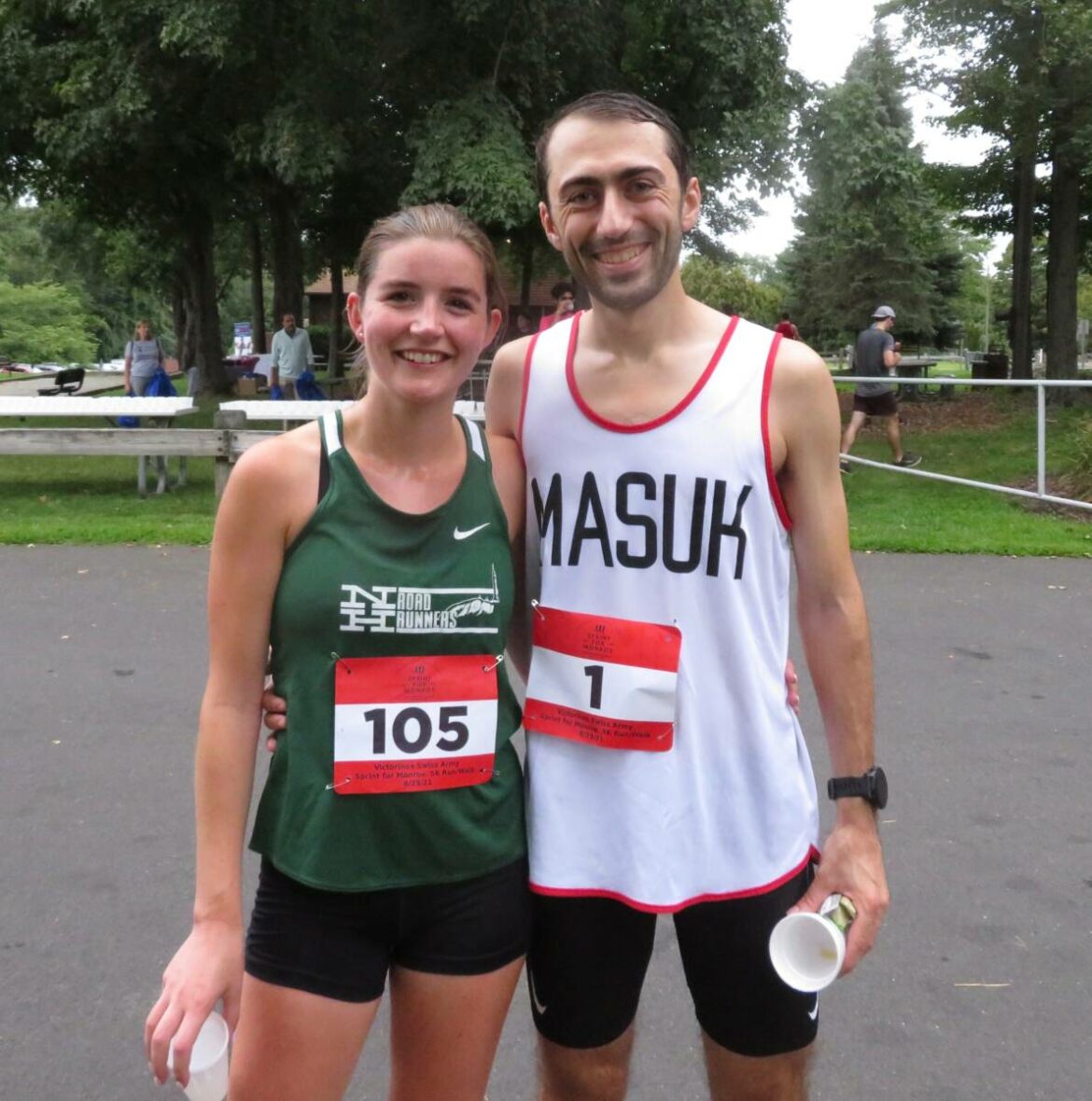 Josie Jacob-Dolan, left, and Jake Duckworth, who grew up in Monroe, are tying the knot on Sept. 3, 2022.

MONROE, CT — Jake Duckworth, who grew up in Monroe, finished first overall in the Sprint for Monroe 5K at Wolfe Park Sunday, and his fiancée, Josie Jacob-Dolan, took first place among all female runners.

The couple met at Fordham University, where both competed as distance runners, and their passion for the sport brought them together.

“I didn’t want to miss the hometown race,” said Duckworth, 26, who now lives in New Haven and works as an insurance underwriter for CIRMA. 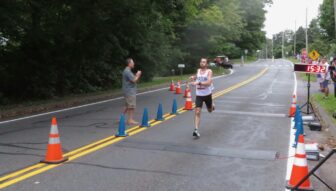 Jake Duckworth sprints past the finish line to win the Sprint for Monroe 5K at Wolfe Park Sunday.

Jacob-Dolan, 26, grew up in Massachusetts. She participated in last year’s virtual Sprint for Monroe, but Sunday was her first time experiencing the live, in-person event.

“I love the bells on the side and the people cheering — people letting me know there was another woman behind me,” she said. “It was really fun. The weather was perfect. This was only the second race I ever won.”

Jacob-Dolan competed in cross country and track at Arlington High School, but said the only other race she had won was a 5k in Montana in 2017.

On Sunday, her time was 19 minutes and 5 seconds as she finished fifth overall.

Duckworth, a member of Masuk’s Class of 2013, ran cross country and was a long distance runner for track and field in high school. He is currently a member of the New Haven Road Runners, a running club.

“I’m training for my first marathon,” he said of an upcoming race in Philadelphia.

“I don’t run in marathons,” said Jacob-Dolan, who will be training for a 5K in Hartford this October.

On his first place finish in Monroe Sunday, Duckworth said, “It was a nice 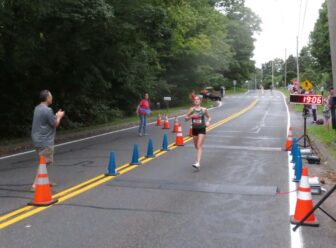 Josie Jacob-Dolan is the first female to cross the finish line in the Sprint for Monroe 5K at Wolfe Park Sunday.

day. You’re always kind of rolling the dice in August. It was cool. It was my best time.”

“It was fun to win with him,” Jacob-Dolan said, before smiling and adding, “well, several minutes behind him. We both wanted to win today.”