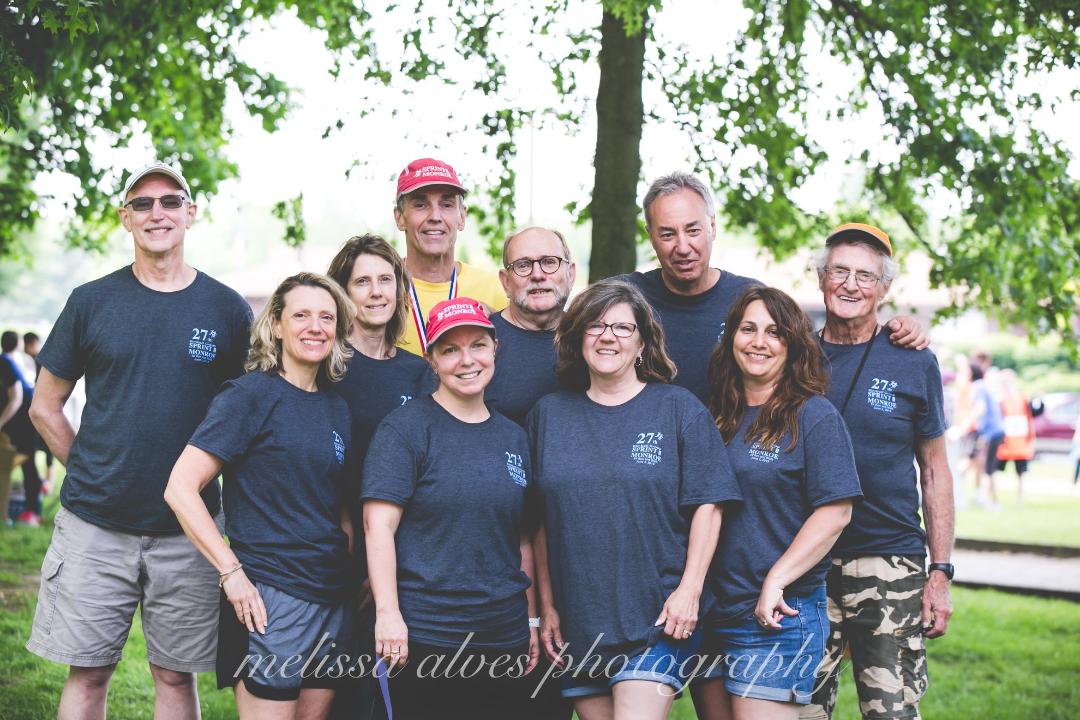 Sprint for Monroe committee members organized a live event with a virtual option for 2021. Photo by Melissa Alves Photography

MONROE, CT — Lace up your running sneakers, but don’t change your summer vacation plans. The Sprint for Monroe will take place in August this year. Though it returns to an in-person event following last year’s pandemic-altered, virtual-only race, the off-site option remains in place for runners who want to avoid crowds or are not local on race day — Sunday, Aug. 29, at Wolfe Park beginning at 8 a.m.

Sponsorship spaces are filling up and runners are beginning to sign up as July unfolds.

“We are thrilled to be back to in-person racing. While we certainly were grateful that so many supported our virtual event last year, there really is nothing like the energy of an in-person race,” said Race Director Amy Primorac. “But we’re also grateful to be keeping the virtual event as an option for those who may not be comfortable gathering together or might be out of town then.”

“We’ve heard from those who have registered so far that they are really excited to be supporting our town and local charities again in person,” she added. “We are aware that the change in date from June to August might concern some people, so we have also moved the race time up to 8 a.m. to allow for a cooler race for all.”

Sprint for Monroe raises money for local charities, such as the Monroe Food Pantry, every year. Primorac said the committee is encouraged by the support the event has received from local businesses.

“We are a month and a half out from the race and have mostly wrapped up seeking out sponsors, although if anyone wanted to still be a part of the race we can make that happen,” Primorac said. “We are very pleased with the local business support of the event, particularly from our title sponsor Victorinox Swiss Army. Our sponsorship donations are in excess of last year’s at this point and we’ve even pulled in several new sponsors to the event this year.”

It remains to be seen how many runners will be permitted to participate but, as things stand in mid-July, at least 400 will be welcomed.

“Our in-person cap was raised to 400 people at Wolfe Park, and we are hoping to see close to that number signed up by August 29,” Primorac said.

Registration tends to increase significantly closer to the date of the event, according to Primorac.

“We know that most people wait until the last month or even last week before the race to sign up, so we’re focused on working towards raising awareness of the date in the next few weeks,” she added.

“I would love to think we’d be able to get close to our 400 in person limit or that maybe the cap will even be higher by August,” Primorac said. “In the past our race has routinely attracted over 500 people, so I’d love for us to get back there. We will have a staggered start and distancing as well as no post-race awards all in the effort to keep everyone as safe as possible at the race. We want to make people as comfortable as possible to participate in our event.”

Race sponsors are as follows:

The cost for the in-person 5K is $25 and cost for the virtual race is $20. Visit https://runsignup.com/Race/CT/Monroe/SprintforMonroe5K to register or for information on how to make a donation and past race results.