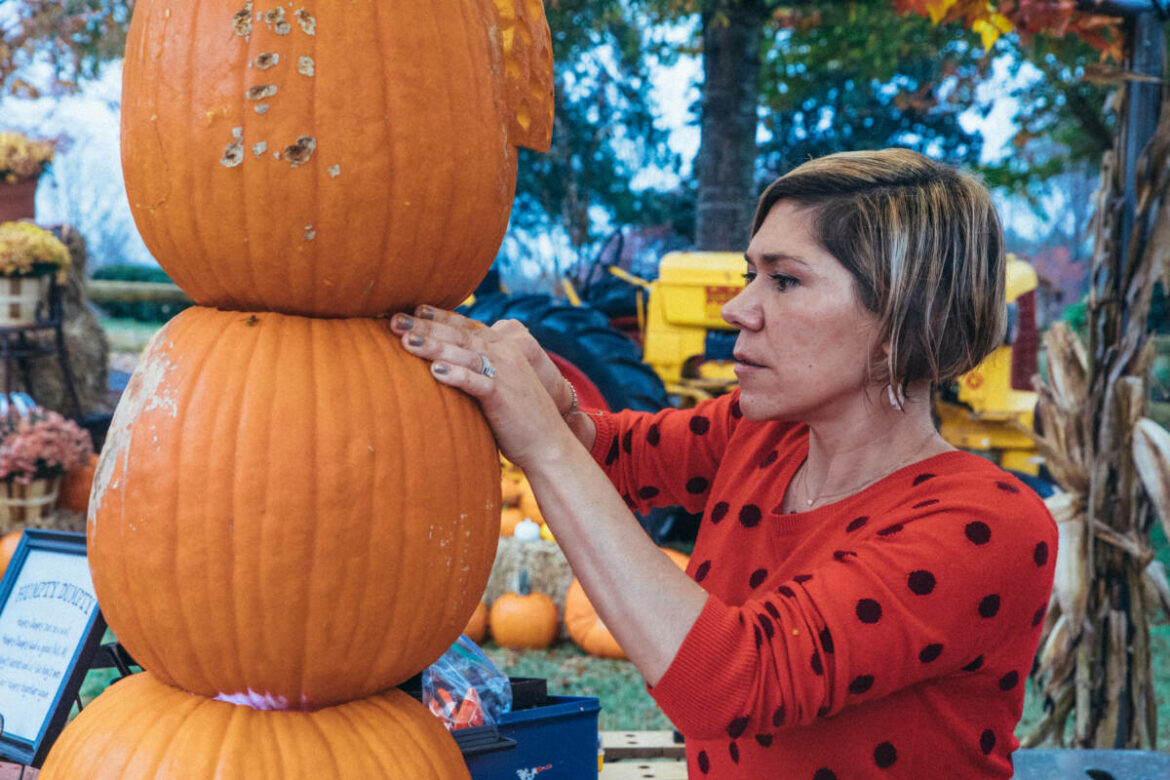 If you recorded the first round of Food Network’s “Outrageous Pumpkins” Sunday night and want to be surprised by the outcome, stop reading this article now. But if you did not, and want to learn how Fawn Hollow Elementary School art teacher Christine “Chrissy” Scarpati fared, keep reading.

Scarpati stacked three pumpkins to create a jack-o’-lantern display of a cursed nursery rhyme for “Humpty Dumpty” in the first part of the episode.

Then contestants had to use five pumpkins to make a scary sea display. Scarpati used a giant pumpkin for a shark coming out of the water and a sweet potato for its dead eyes. The shark’s jaws were bloody, and Scarpati used the curves of the pumpkins in front of it to carve the waves.

For an added effect, she set off a smoke bomb.

Judges, Terri Hardin and Marc Evan, were impressed enough with Scarpati’s work for her to advance to Round Two.

Liza Slaughter, of Nashville, Tenn., was eliminated, leaving six carvers with three rounds to go in the competition for the $25,000 prize.

The next show will air next Sunday at 10 p.m.

Alyson Hannigan challenges the six carvers to depict a flavor reaction – salty, sweet, sour or spicy – with detailed 3-D face sculpting. Then they get to flex their imagination as they create a gigantic Halloween feast for a special guest of honor.

From 3-D frog brains to pumpkin pepperoni pizza, judges Marc Evan and Terri Hardin have their work cut out for them to decide who goes home and who remains to fight for the title of Outrageous Pumpkins Champion.

2 thoughts on “Spoiler Alert: How did Christine Scarpati do on ‘Outrageous Pumpkins’?”