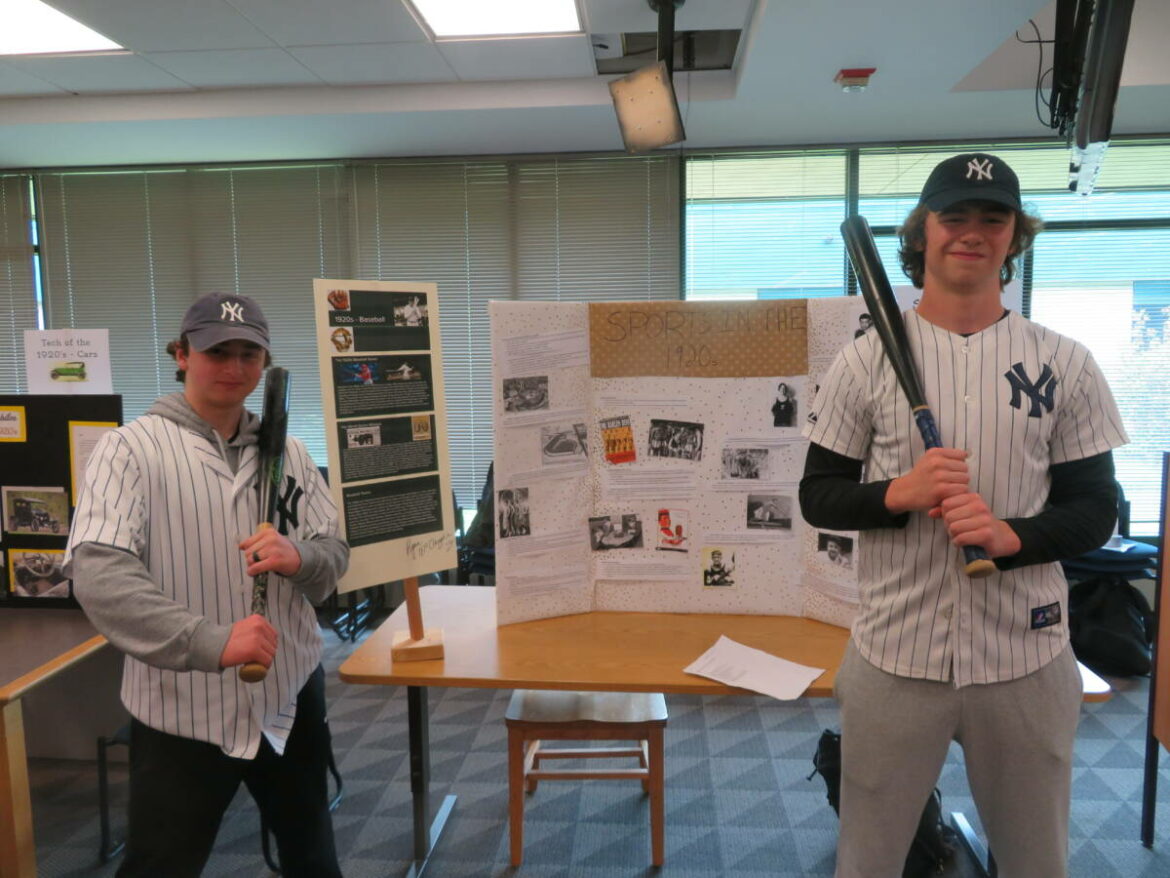 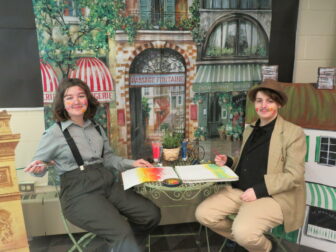 Kai Booth, left, and Soren paint in the French section of the Masuk Spectagala Friday.

Iga Leszczunska, a Masuk French teacher, organized a display of France in the 1920s with students in the French Club, who also filmed a silent movie in black and white.

Vibhuti Jani, a student, played the piano as the silent movie played, giving it a live soundtrack.

Meg Letko, a library media specialist, organizes a theme representing a different time period every year. She was going to do “The ’20s in 20,” but a shutdown from COVID-19 delayed the celebration of the “Roaring 20s” to this year.

The Spectagala was held during the flex period and periods two and three. 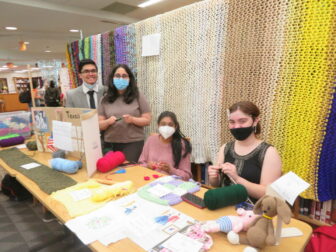 “We have music, sports, cars and food,” Letko said. “Fingerprinting was first done by the FBI in the ’20s, so they’re taking fingerprints,” she added, as a female student in a white lab coat and rubber gloves took others’ prints.

Bernier and Cecchino had a sports display.

“Baseball was the sport of the time,” Cecchino said of baseball’s popularity. “This is where the name America’s Pastime came from. The Yankees were the first dynasty.”

Other notable things of the time were Prohibition, the women’s movement and the Stock Market crash, according Letko.

The Masuk Spectagala had a fashion booth and students from the Knit and Crochet Club knitted and made textiles at another table. 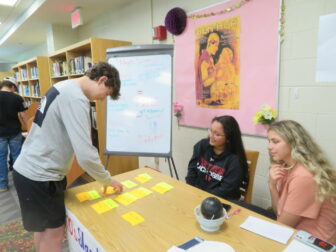 Dom Klittnick played the match game at a booth with ’20s slang. Among the terms, lounge lizard meant ladies man, the big cheese was a boss, and applesauce meant nonsense.

“The slang now is so much different than the slang back then, and some things mean other things now,” Tristine said.

In the French section of the displays, Leszczunska wore a dress of the time, while watching her students create art and play the piano.

“This is bringing the whole historical period to the kids in a very interactive way,” she said. “They can research the information. In French class we decorated and made the movie last Friday.” 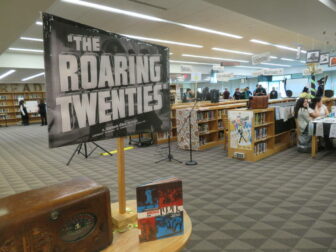 Leszczunska pointed to a display on Coco Chanel, a French fashion designer who helped liberate women from long dresses and obstructing corsets. The event also included a photo booth.

“This is such a great school,” said Leszczunska, who is new to Masuk. “I love what this offers to the students. The students are so engaged.”

Letko said she believes this year’s Spectagala was a success, adding she plans to bring in more community members to enhance the event next year, as has been done in the past.