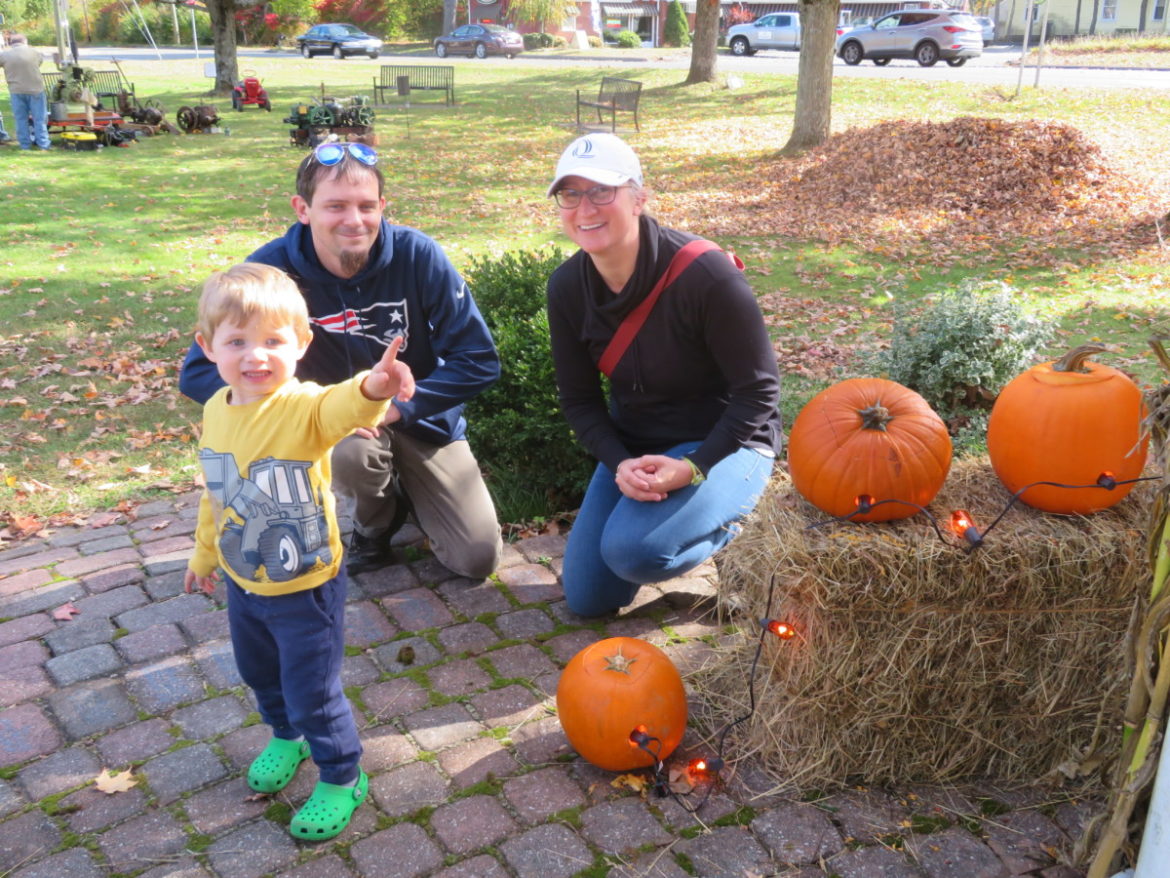 Cooper Geden, 2, points at the pumpkin display in the gazebo on Stepney Green during the Save Our Stepney Marvelous Machines event Saturday, as parents, Alex and Danielle look on.

Old tractors and a wide variety of machines, from typewriters and hat makers to fence stretchers used for making wire and post fences were on display on Stepney Green Saturday for Save Our Stepney’s Marvelous Machines.

The event coincided with the start of Blazing Pumpkins. SOS members carved jack-o’-lanterns and placed them in and around the gazebo and illuminated the fall display Saturday night. It will be an attraction on Main Street every night through Halloween. 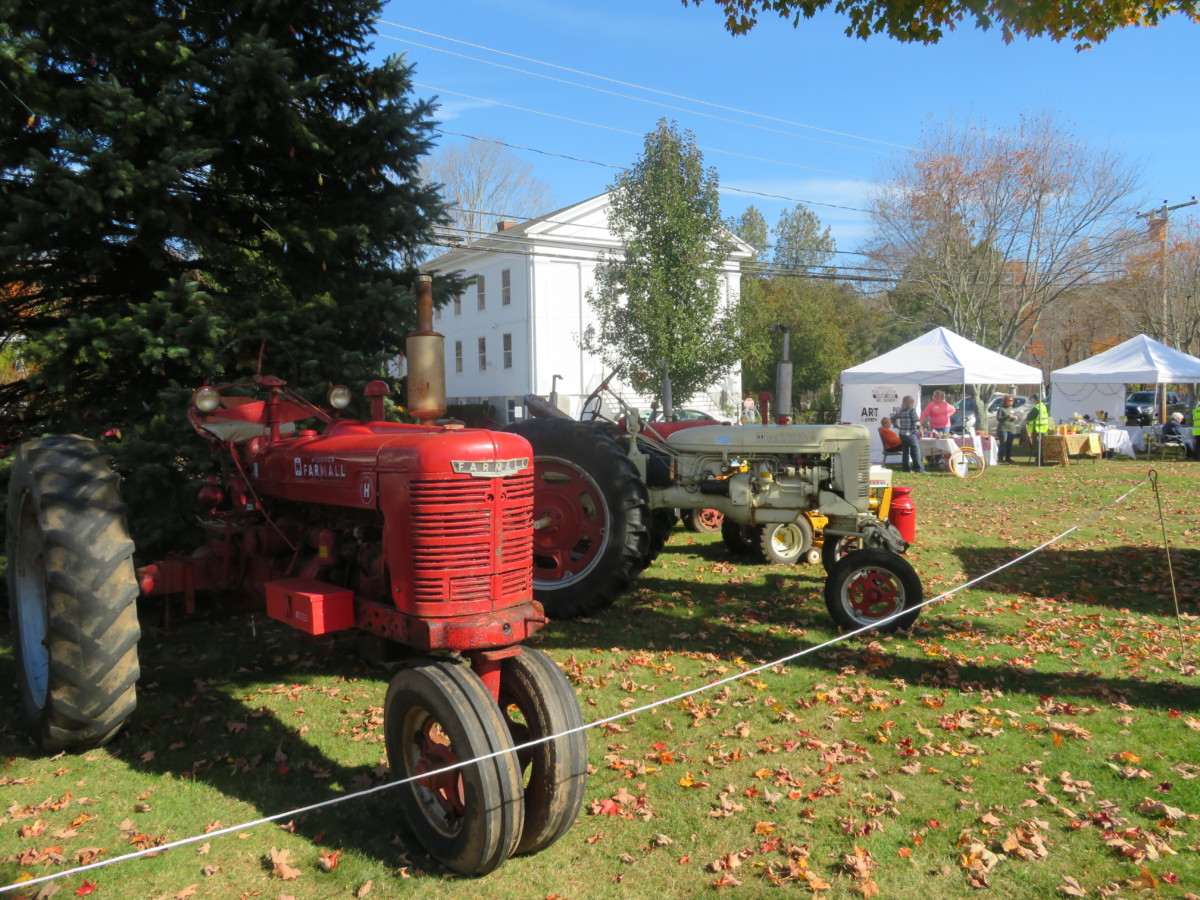 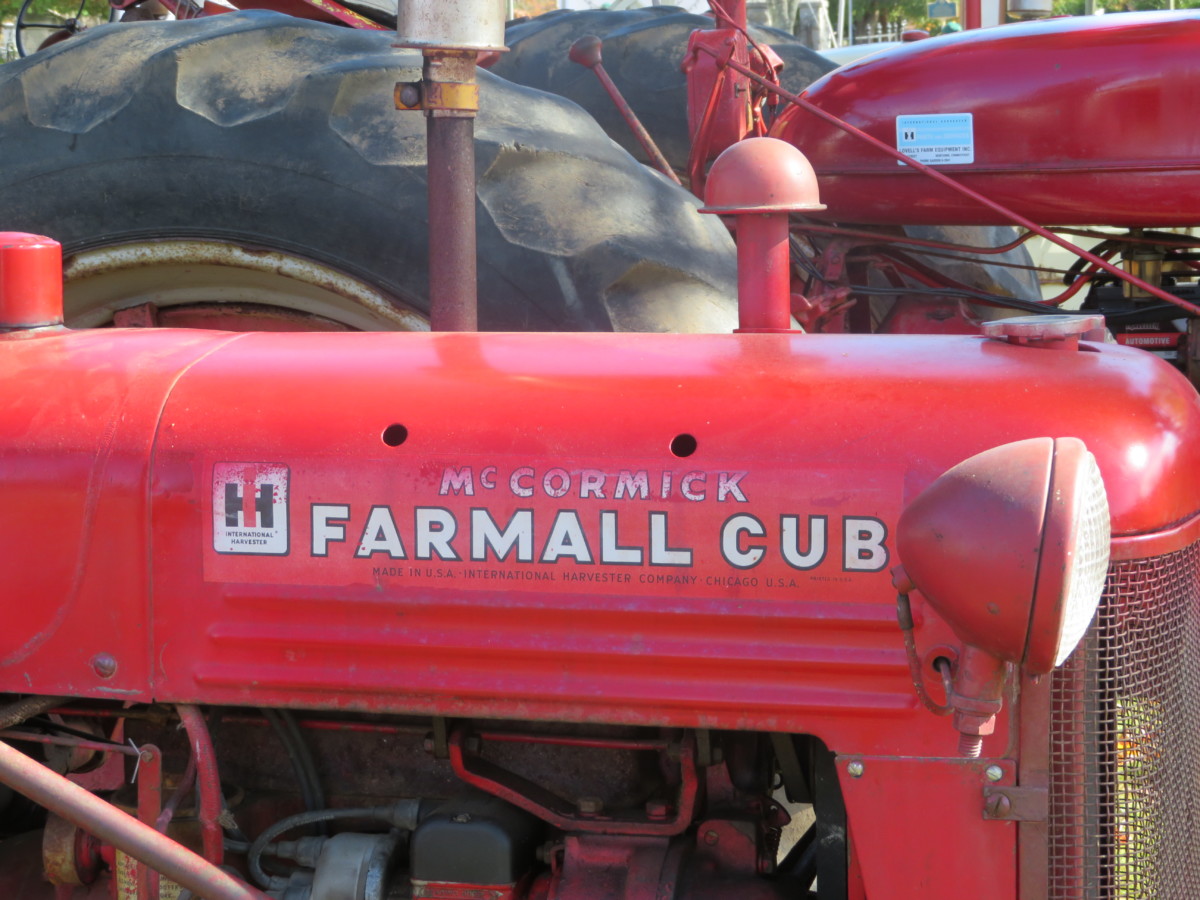 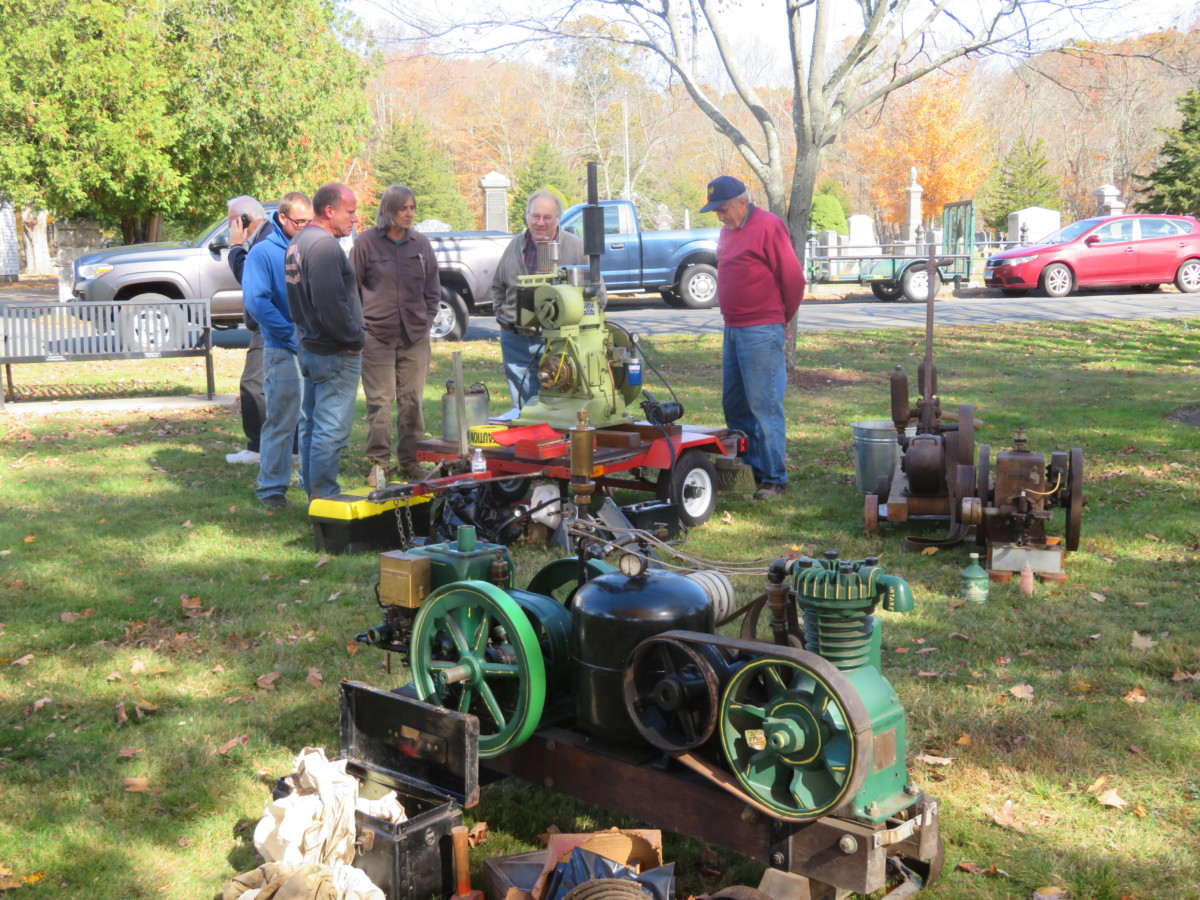 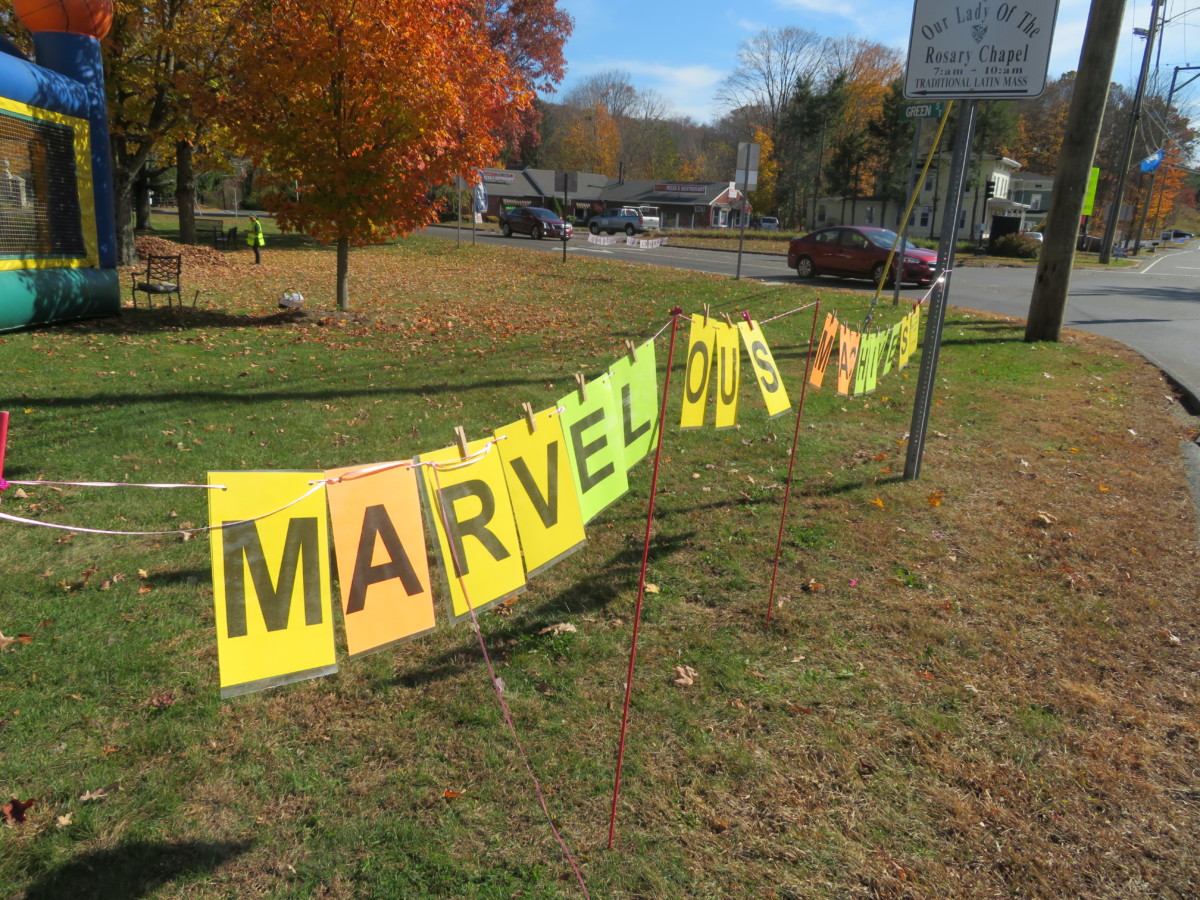 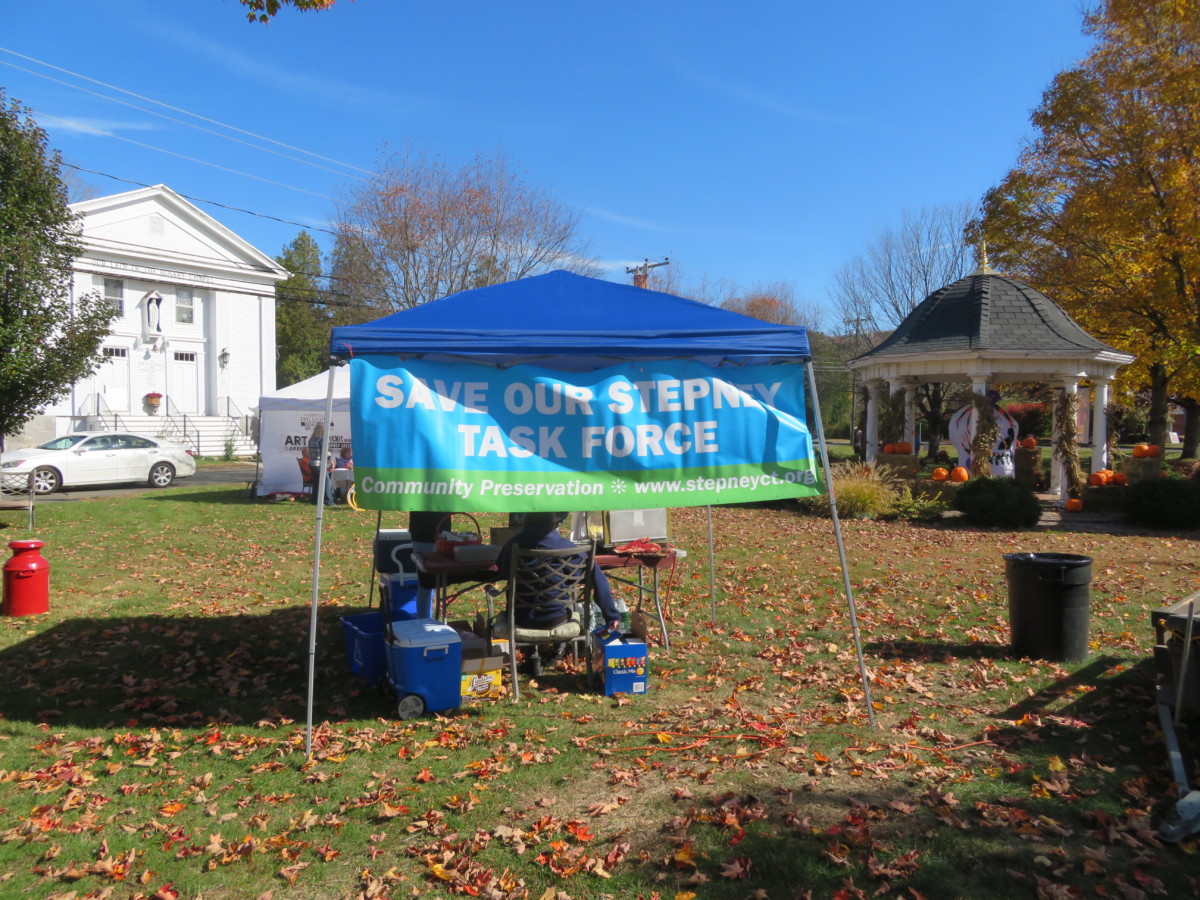 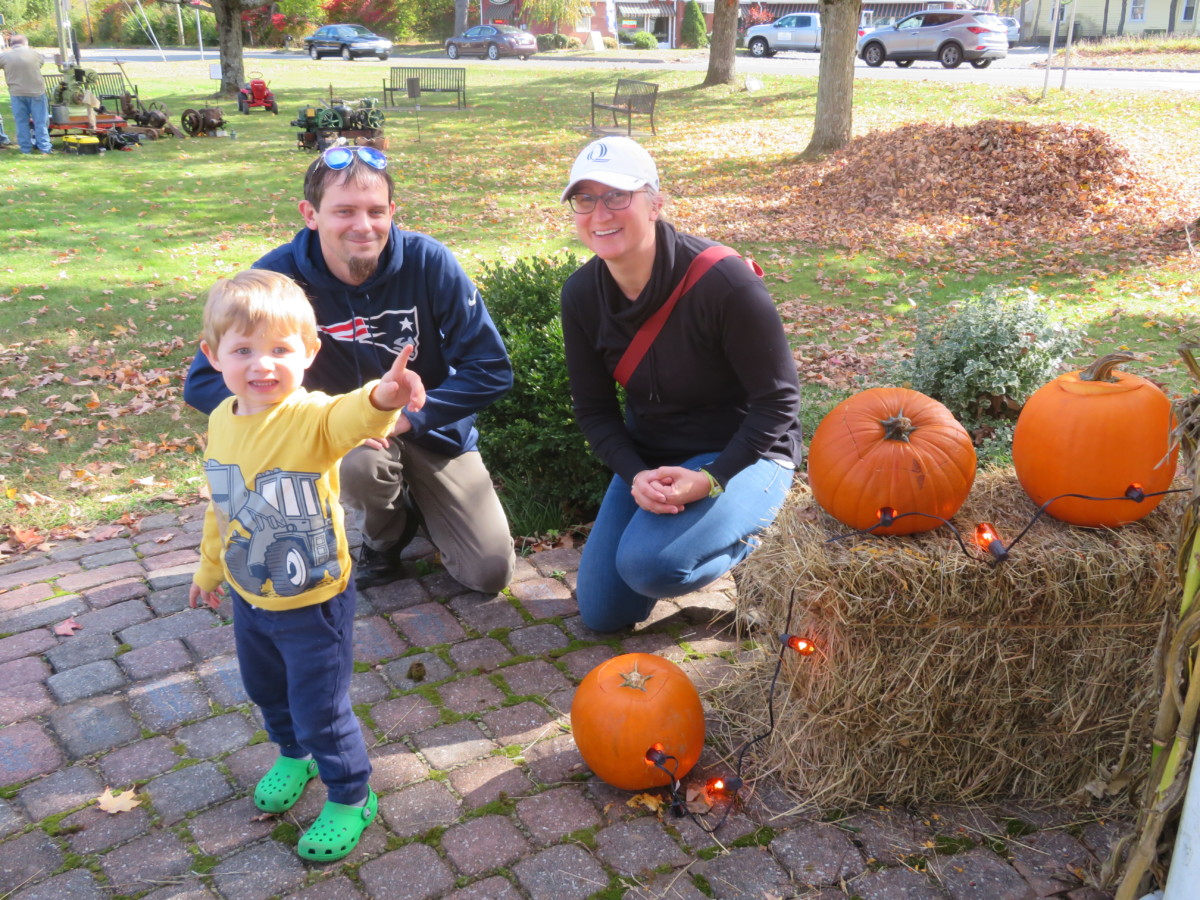 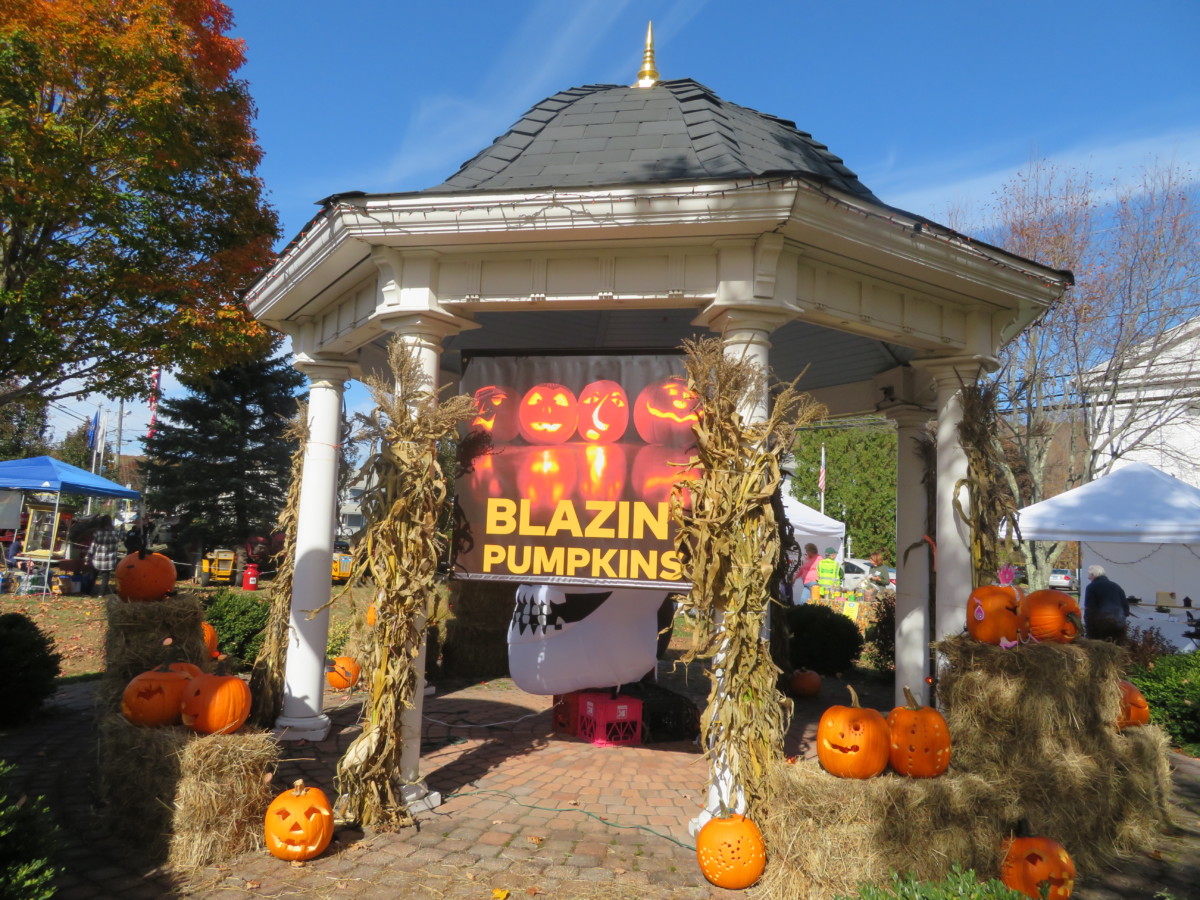 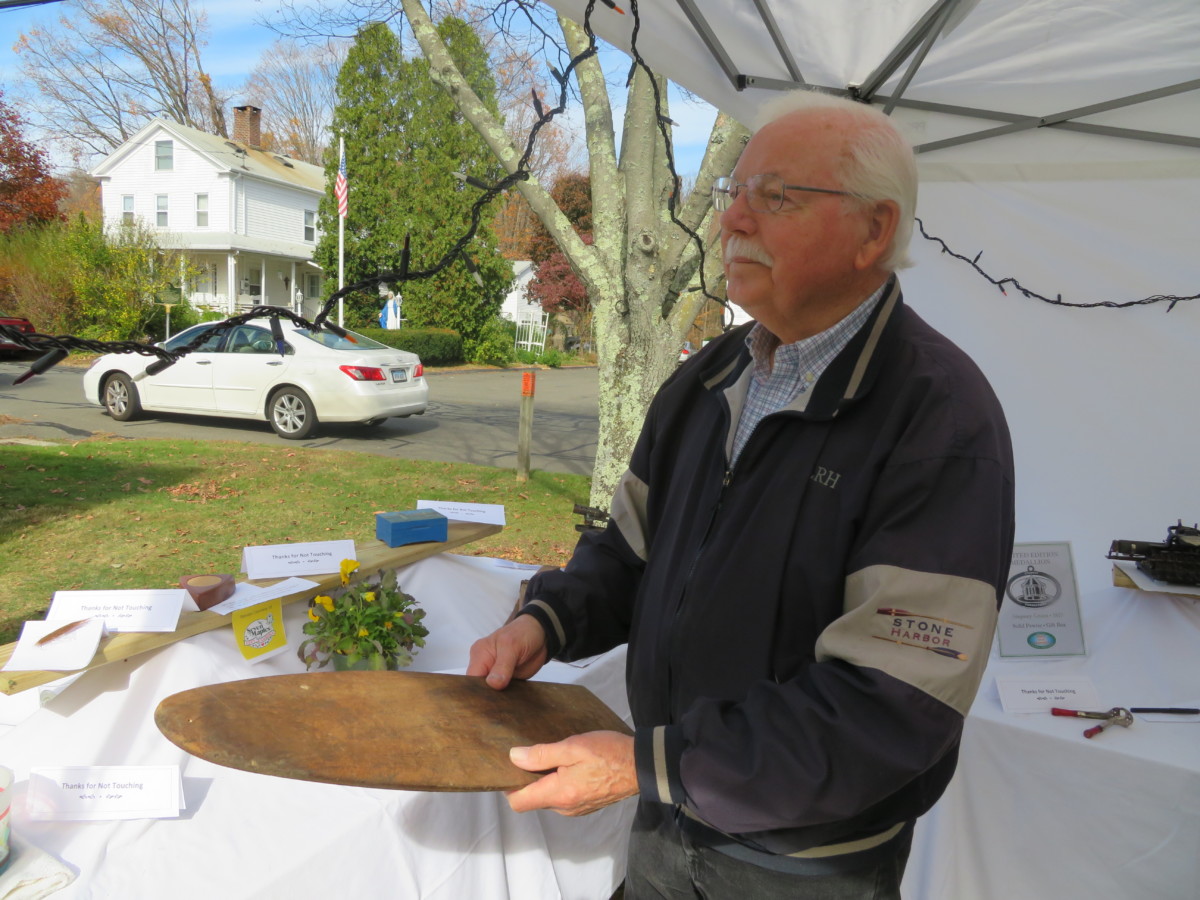 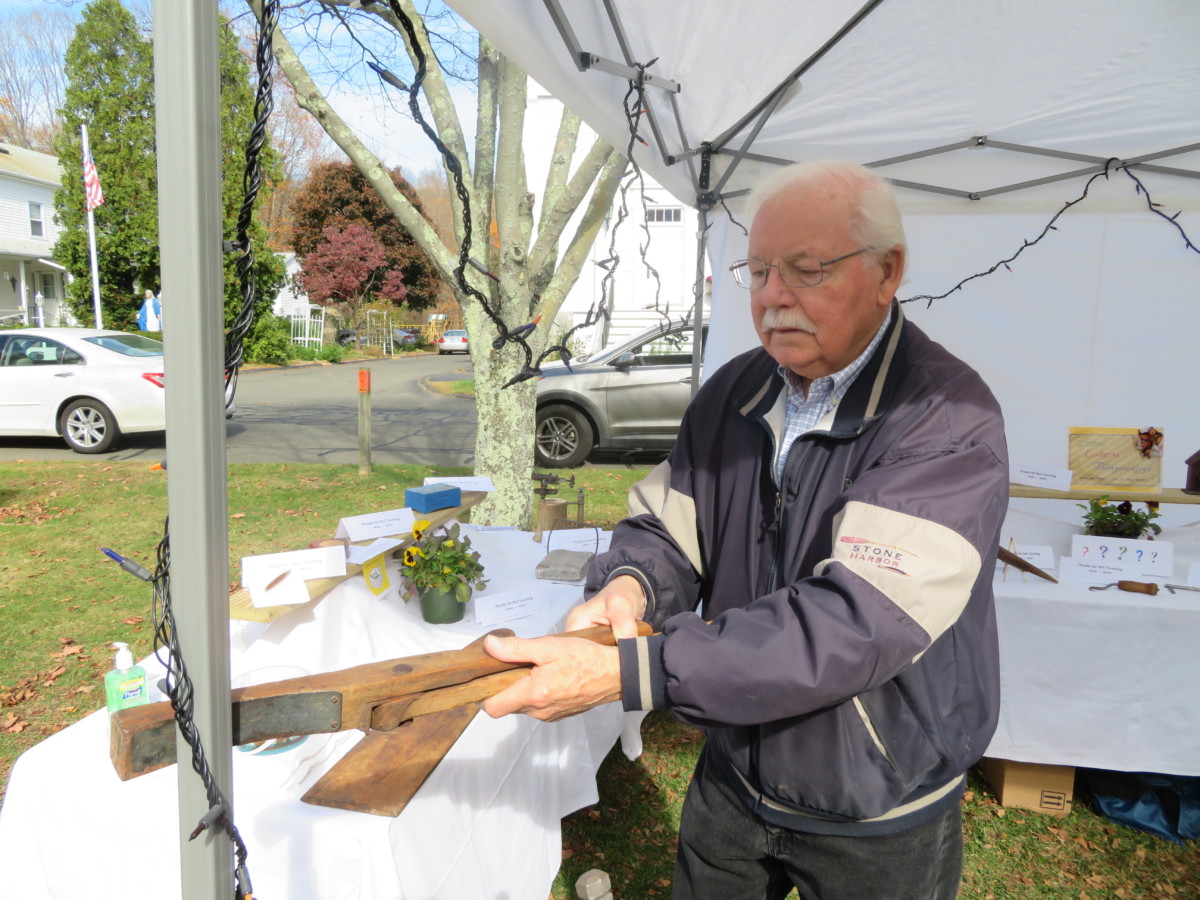 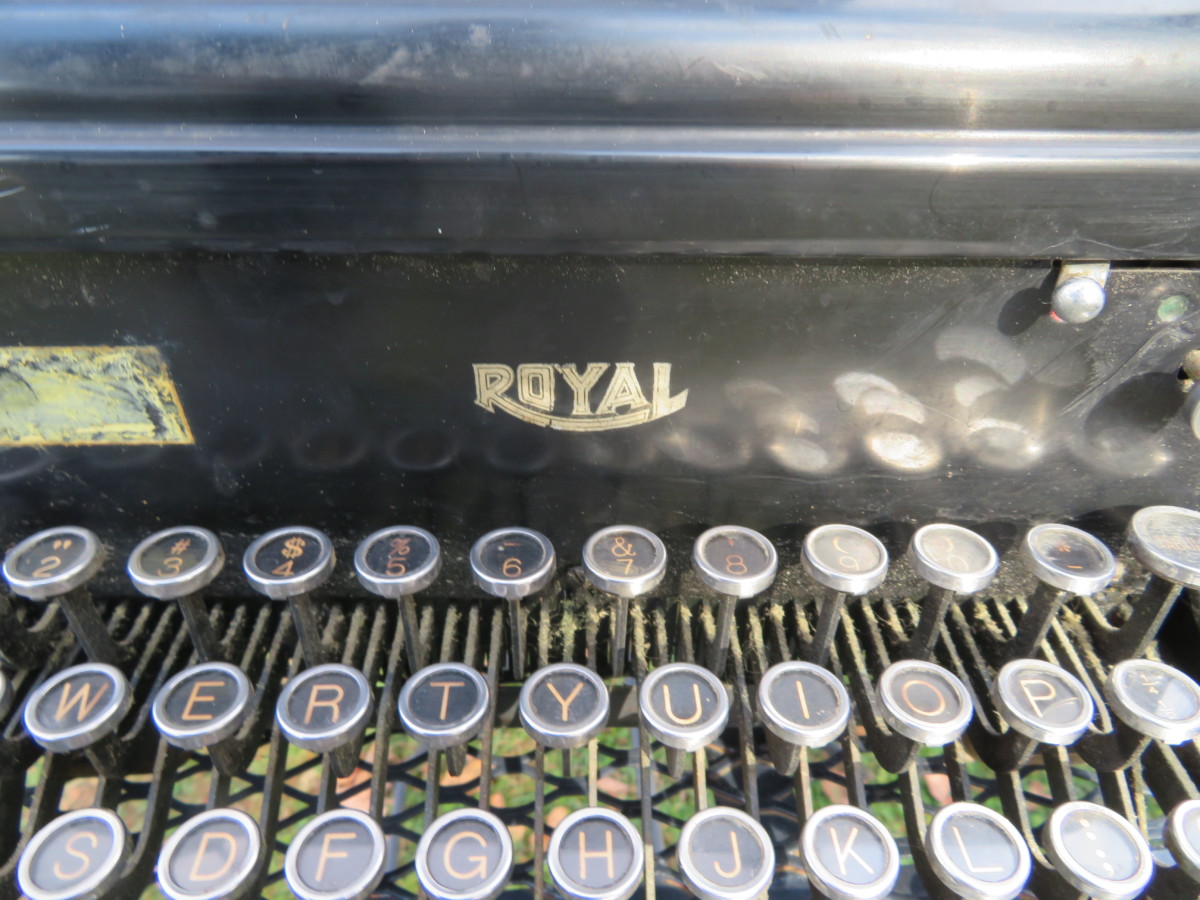 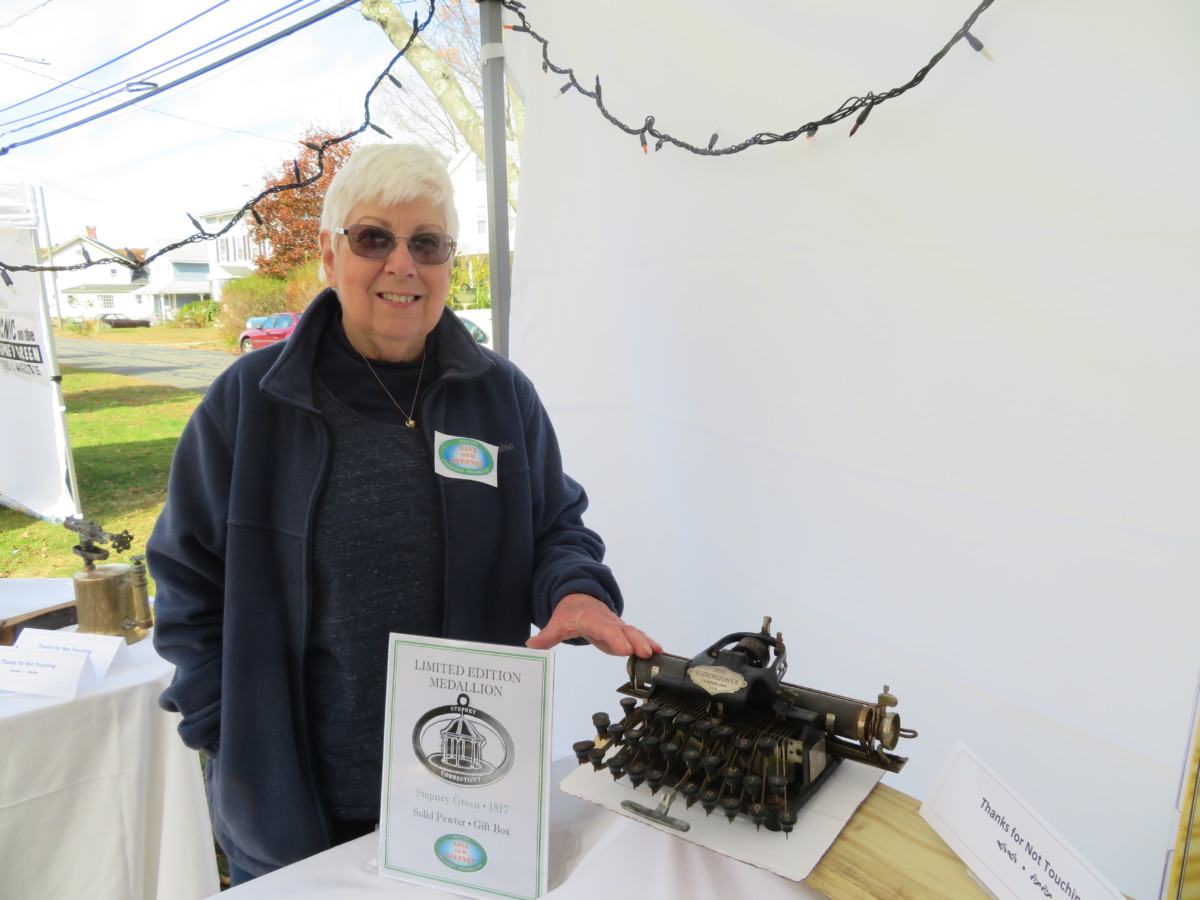 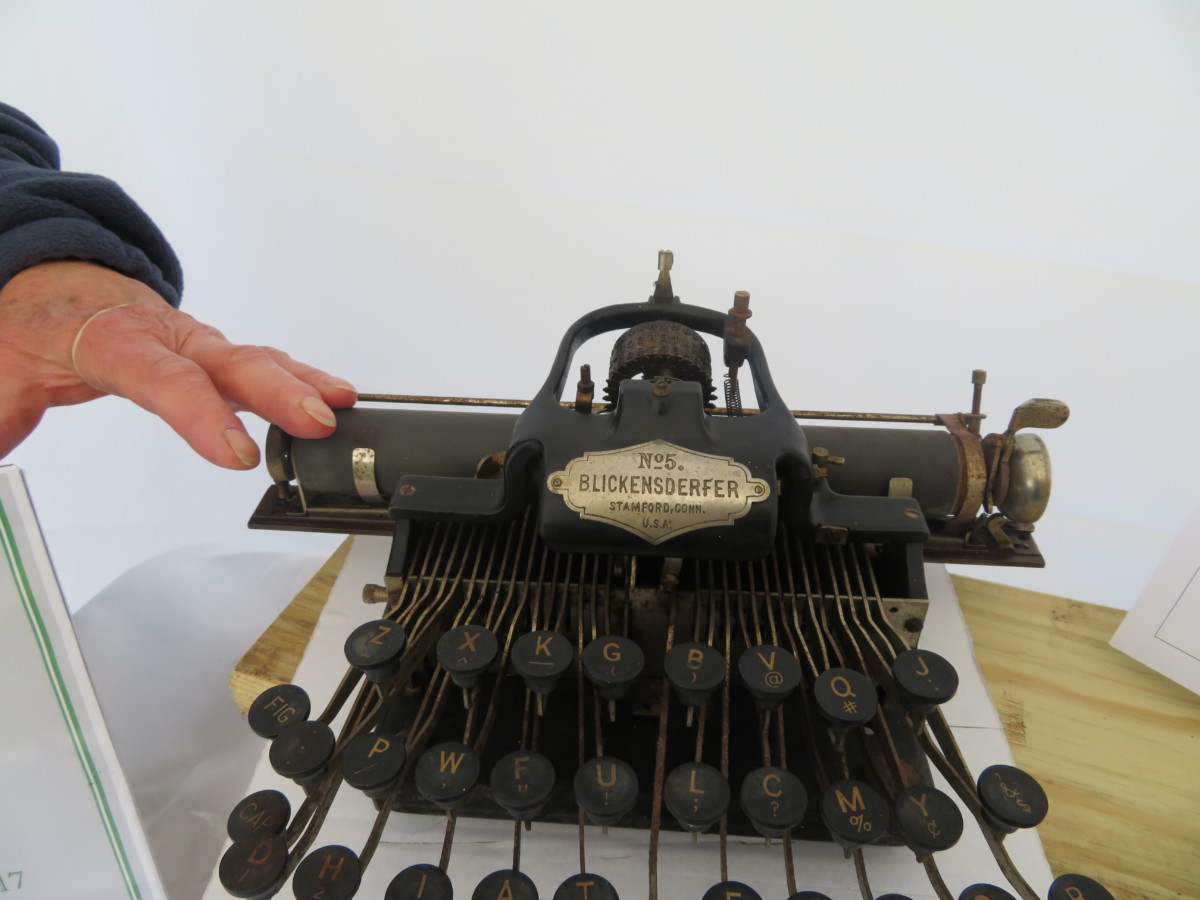 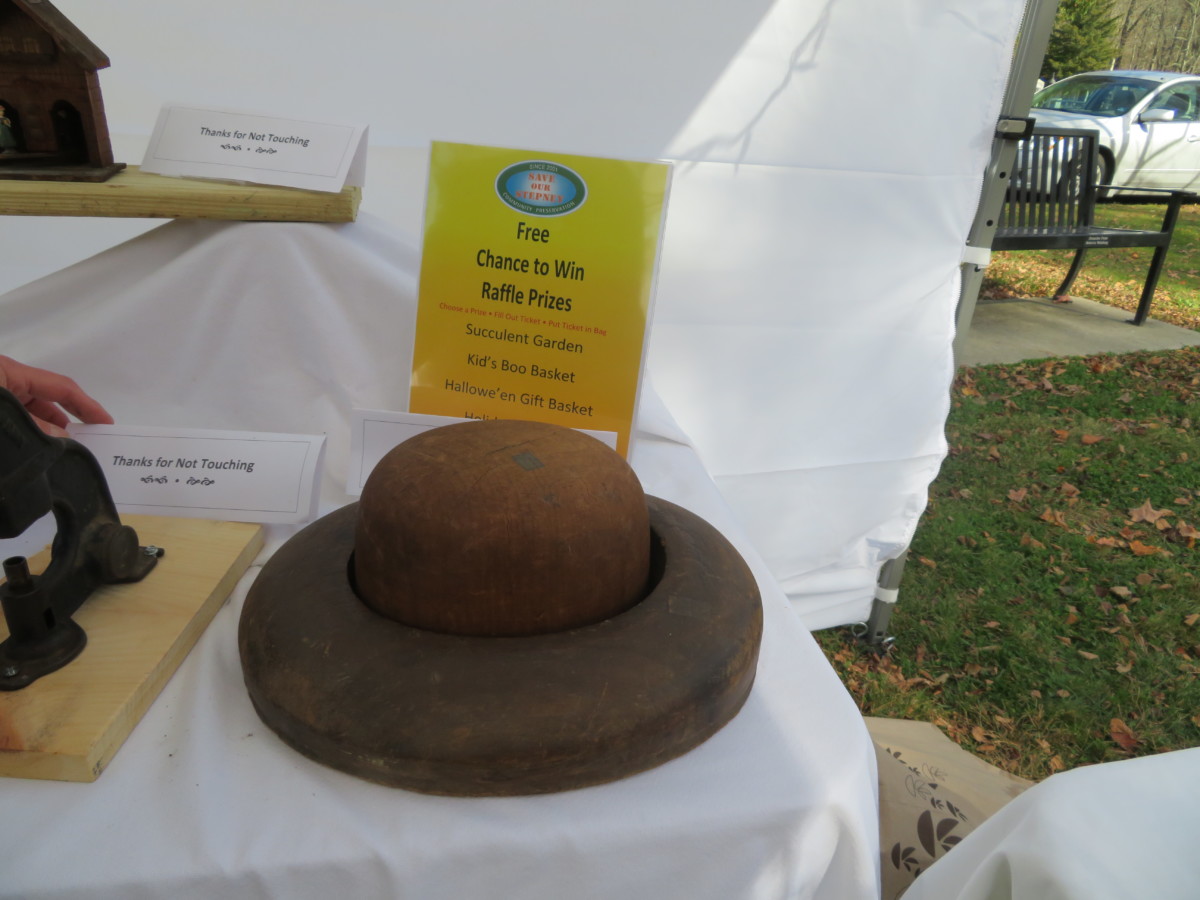 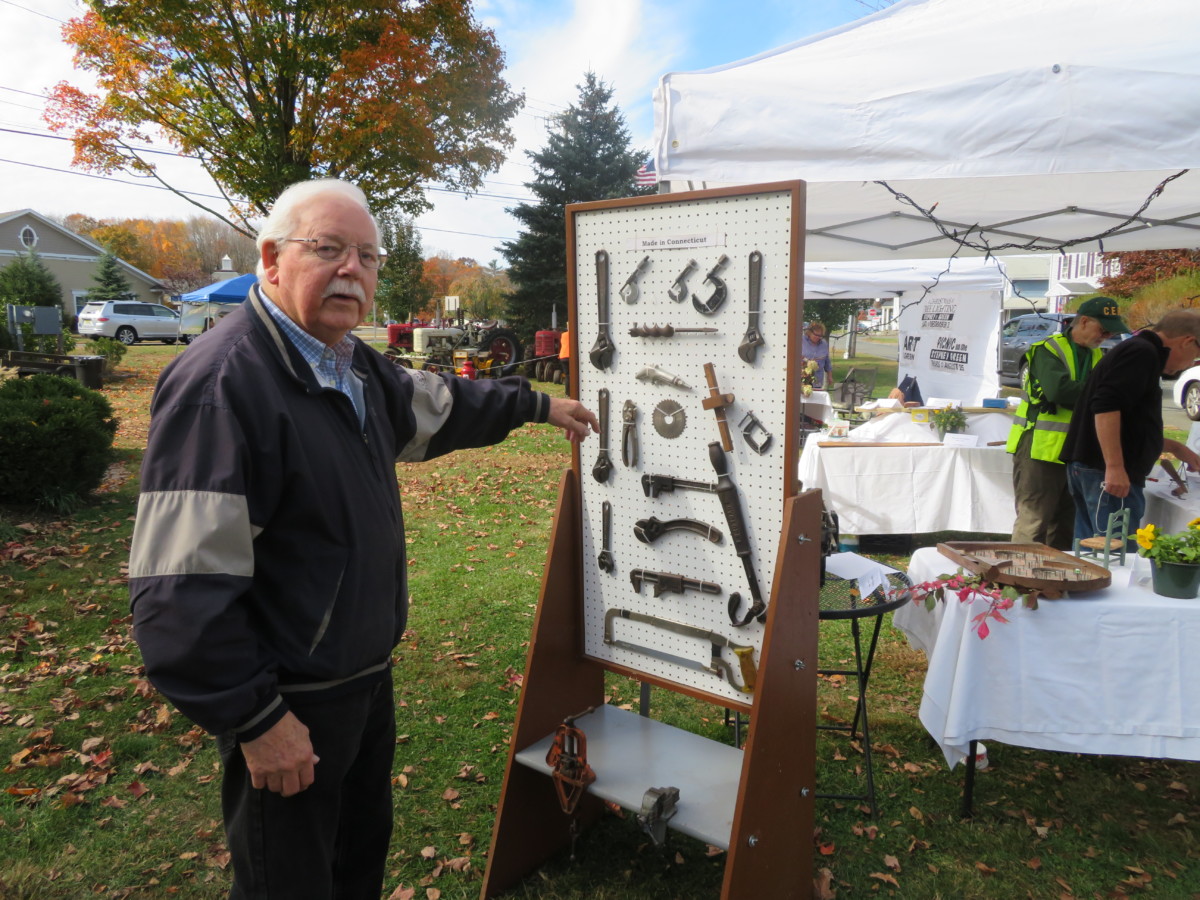 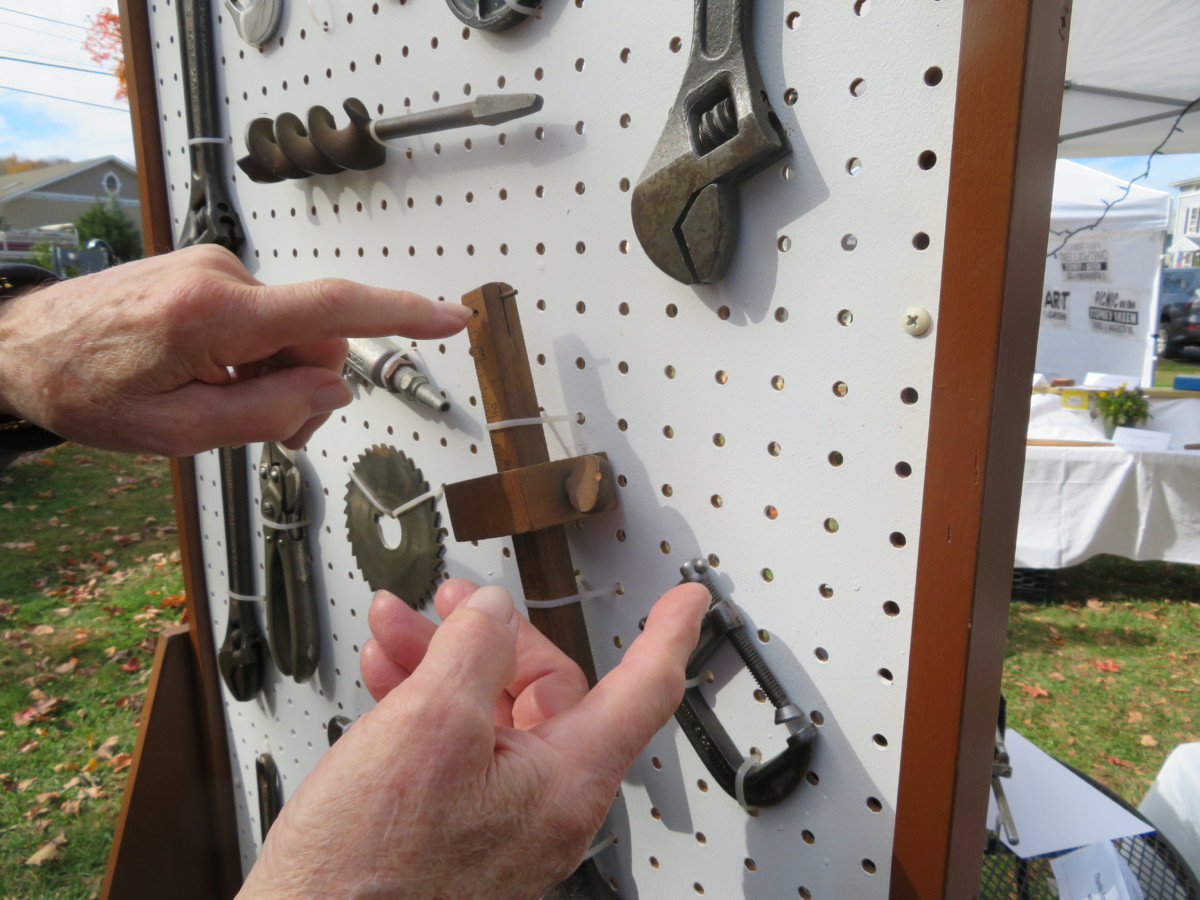 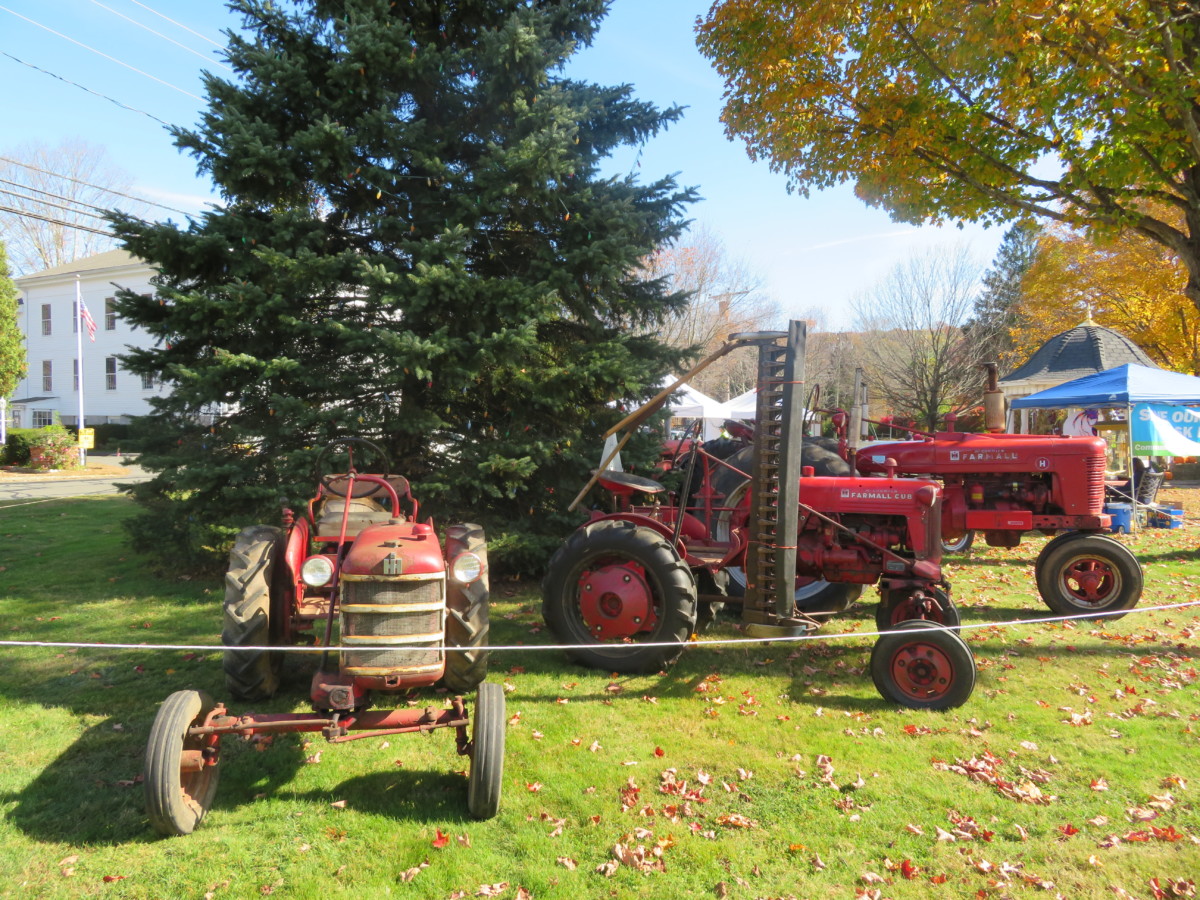 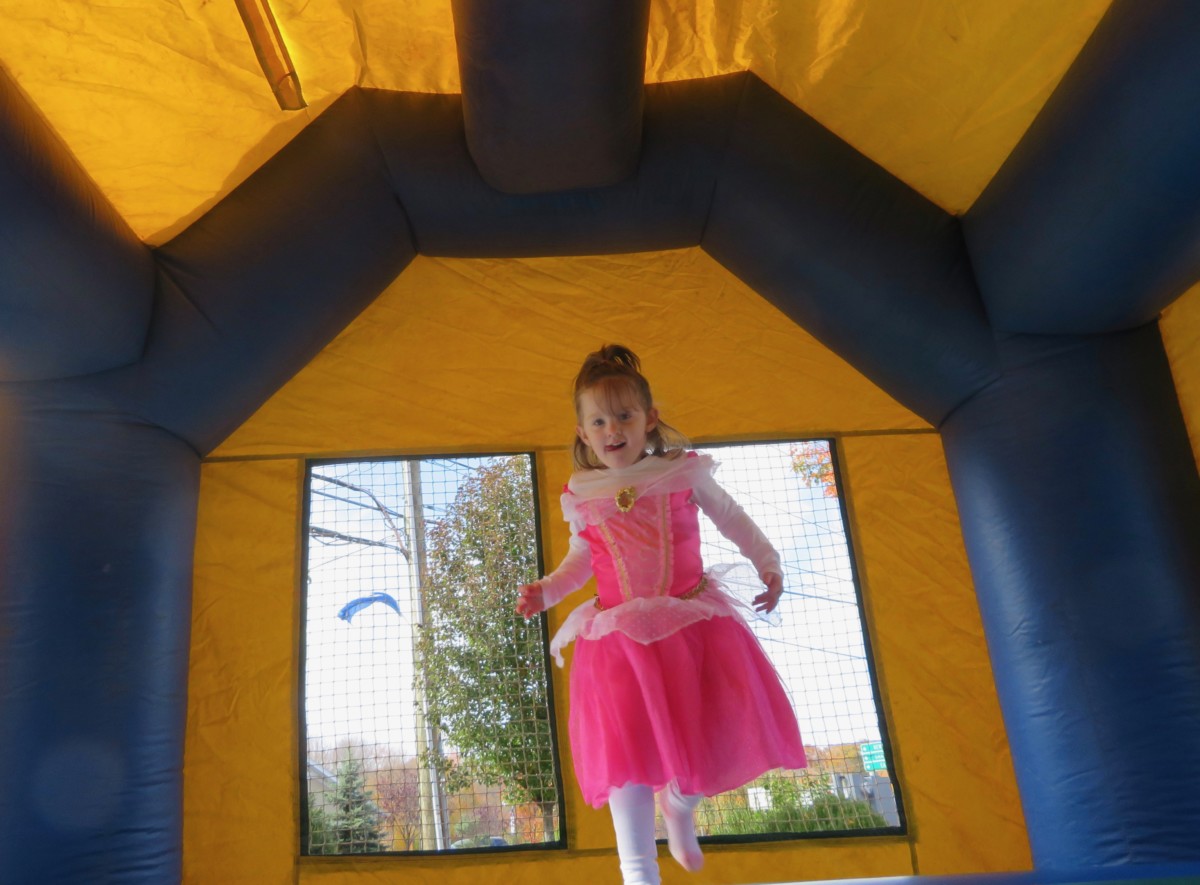 Cooper Geden, 2, was mesmerized by the display inside the gazebo, pointing it out to his parents, Alex and Danielle. “He’s big into tractors,” Danielle said of their son. “We saw it advertised on Facebook and decided to check it out. They do a nice job.”

Kate Chase of Chase Farm in Monroe, and Michael Corning, a family friend, brought the tractors, with names like Farmall, McCormack and International Harvester.

Children had fun jumping around in the bounce house, which the Monroe Parks and Recreation Department allowed SOS to use. Among them was Abigail Berwick, 3.

Tents had popcorn and displays of old tools and machines. Among them was a wooden hat maker used to stretch and shape felt to make a Derby hat. Cathy Lindstrom of SOS said it was found in a house on Hattertown Road, which got its name from the hat factories that used to be on the street.