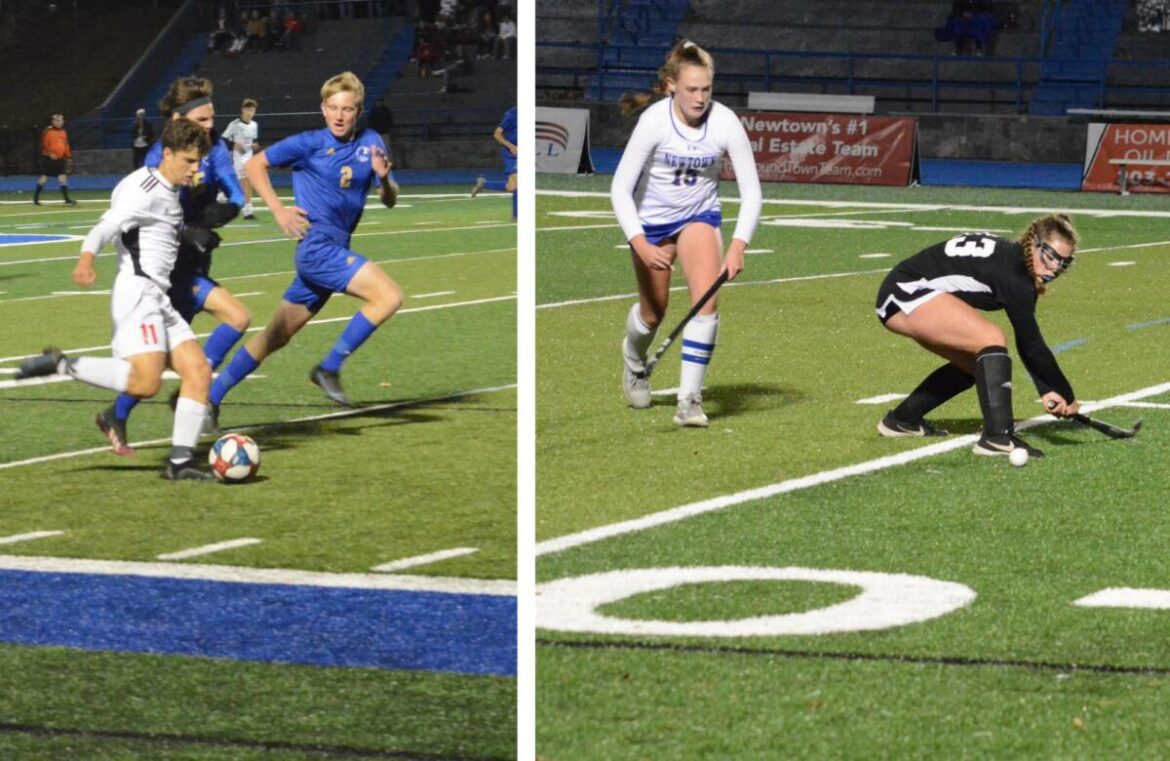 Roger Fekete, left, goes for the ball during a regular season game. Fekete scored in Masuk's SWC tourney game. At right, Sophie Clark hits the ball away during Masuk's overtime game at Newtown in the SWC playoffs.

The field hockey team fell 1-0 in overtime to Newtown for the second time this year, this time in the SWC semifinals in Newtown, on Tuesday. Masuk was seeded fourth and Newtown first in the tourney.

Strong defense and Valerie Vilca’s goaltending sent the game into OT. Newtown’s Reagan Schoen scored with 4:02 left in the first 10-minute 7-on-7 OT period to end it.

On the soccer pitch, seventh-seeded Masuk went on the road and pushed second-seed Joel Barlow of Redding to double overtime before falling 2-1 on Oct. 30.

Masuk scored first on a header by Roger Fekete, assisted by Kyle Mulloy off a throw in. After knotting the score in regulation, Barlow scored off a free kick with one minute left in the second OT.

The field hockey and soccer teams will look to rebound in the state playoffs.