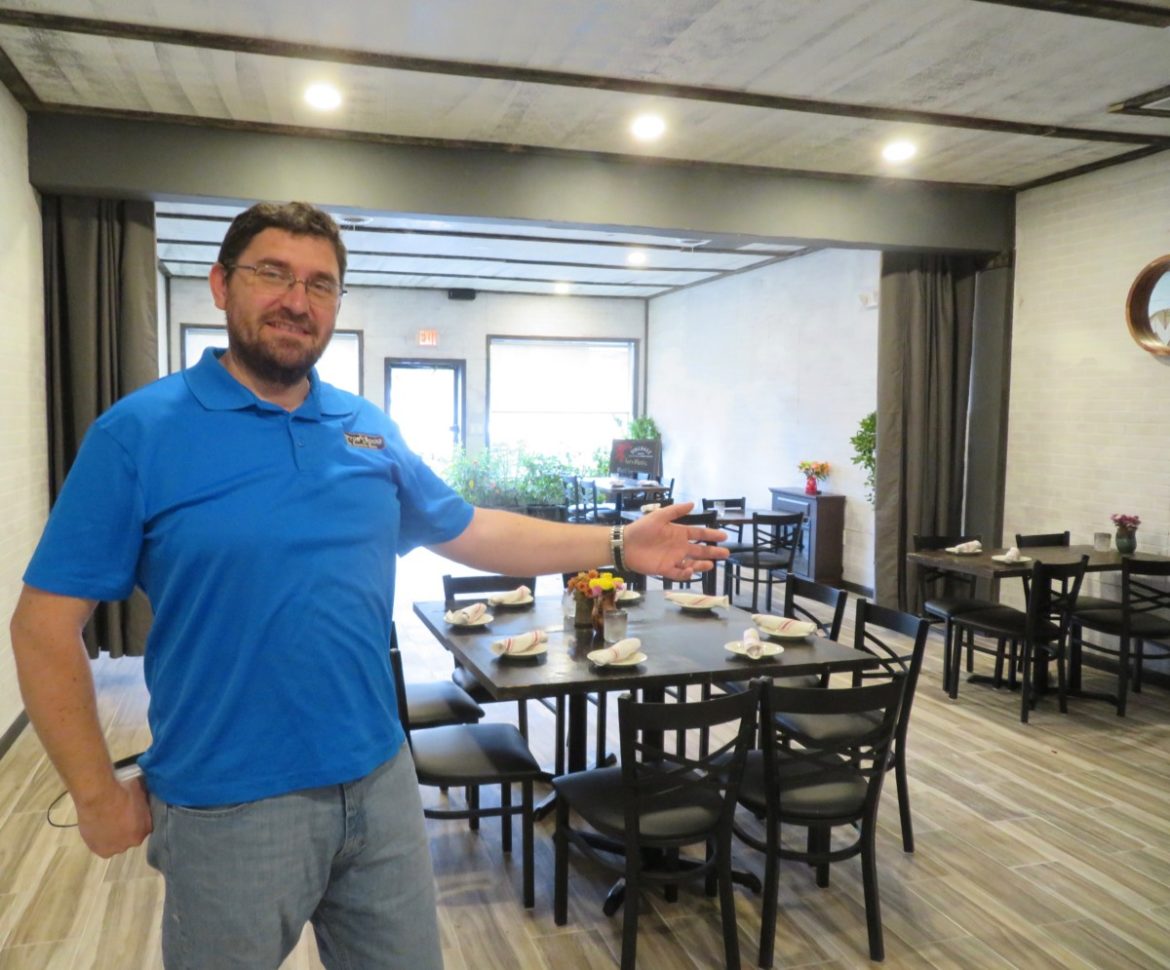 Constantin Crama shows off Monroe Social's new overflow dining room, which can be rented out for private gatherings.

MONROE, CT — Bouquets of flowers adorned six tables in an open room at Monroe Social one day last week. A big screen TV is on the far wall and a cityscape of New York City is hung on a side wall closest to the restaurant’s original square-footage at 494 Main St.

“This is overflow dining, which will be good with COVID — getting the extra space to put in extra tables,” Constantin Crama, the owner, said.

The space next door to the restaurant opened up in February when a deejay, who had an office there, moved out.

The space allowed a retail use, so Crama sought approvals from the Planning and Zoning Commission, as well as the fire marshal, Health Department and building official.

“Soon after we opened this place four years ago, we realized we needed more space for the restaurant to expand,” Crama said. “I’m very thankful the town let us do this, especially now when we needed more seating.” 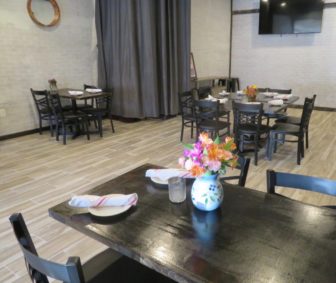 Monroe Social’s new dining room used to be a deejay’s office next door to the restaurant at 494 Main St. The space became available in February.

“We put in an electric fireplace to give it a warm, cozy feeling in the wintertime,” Crama said. Looking at a blank space on one wall, he added, “I will put up a picture of the Brooklyn Bridge over there.”

“It is a hub of everything,” Crama said of New York City. “It’s my favorite place by far to go and visit. It’s a hub of cultures and cuisine. You can find anything in New York.”

Aside from overflow dining and allowing the restaurant to accommodate patrons who want to sit further from the bar, Crama plans to rent the room out for private, catered events as state guidelines allow. A curtain in the middle of the room provides the flexibility to divide it to host two smaller events at once.

Crama said he has gotten positive feedback from patrons who’ve eaten in the new dining room.

“They really love the room,” he said with a smile. “They love how open and inviting it is. They say it’s very cozy and nice. We have people who like the table by the fireplace.”

Potted plants that were displayed at the patio were moved inside, by the sidewalk entrance to the new room, which has a door to the bar area and other seating.

When the pandemic led to a temporary ban on indoor dining, Monroe Social took 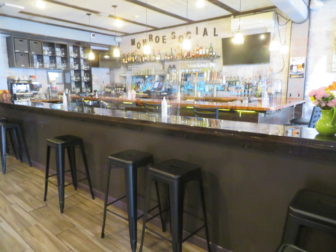 Removing a wall opened up the bar area at Monroe Social and allowed the restaurant to add more seating.

advantage of the extra time by doing interior renovations.

In addition to the overflow dining room, a wall was removed in the restaurant making the bar area more open, while creating a second counter with stools. The bar is also fitted with PPE.

Of the recent changes, Crama said, “we hope this will help us tremendously, now and in the future.”