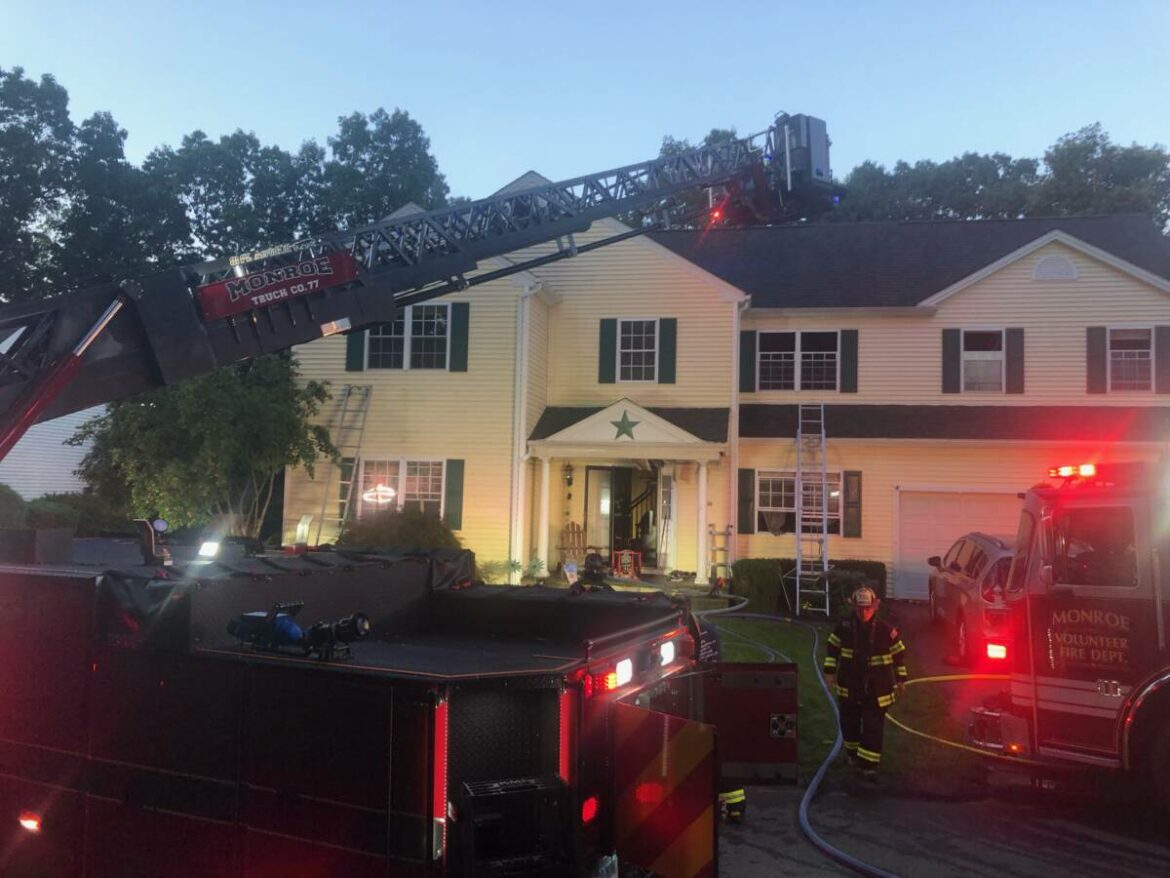 Firefighters respond to a fire inside a condo on Old Colony Road Friday morning.

MONROE, CT — Smoke detectors alerted parents of a fire in the laundry room of their condo on Old Colony Road in the Great Oak Farm complex early Friday morning. Then the couple woke up their two children, a middle and an elementary schooler, while getting everyone out of the home safely, according to Fire Marshal Bill Davin.

Firefighters from Monroe, Stepney and Stevenson extinguished the fire within 20 minutes, containing it to the laundry room, hallway and kitchen. However, heavy damage from smoke, soot and intense heat will make the condo uninhabitable for a while, Monroe Deputy Fire Chief Kevin Catalano said, adding that rising heat melted smoke detectors upstairs.

Though the home is uninhabitable, Davin said it is not a total loss. 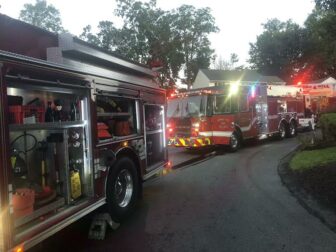 Firefighters respond to a fire inside a condo on Old Colony Road Friday morning.

Davin said the mother was in the kitchen area downstairs and her husband was getting ready in the bathroom when the smoke detectors went off at around 5:30 a.m.

Catalano said police were the first on the scene and that officers told firefighters everyone was out of the condo and accounted for.

Though the family evacuated their home without injuries, Davin said a pet hamster died.

Davin said the family was in contact with their insurance company later this morning, so they could arrange for a place to stay, and Catalano said some neighbors pitched in, giving the family some basic items they would need.

The Trumbull Center Fire Co. provided an engine in the event another call came in, while Monroe’s fire companies were at Old Colony Road.

Though the flames were extinguished quickly, Catalano said firefighters wrapped up their work at the scene around 8 a.m.

The cause of the fire is still under investigation, but Davin said there was nothing suspicious and that the dryer was the origin.

One thought on “Smoke detectors save family, before firefighters extinguish condo fire on Old Colony Road”