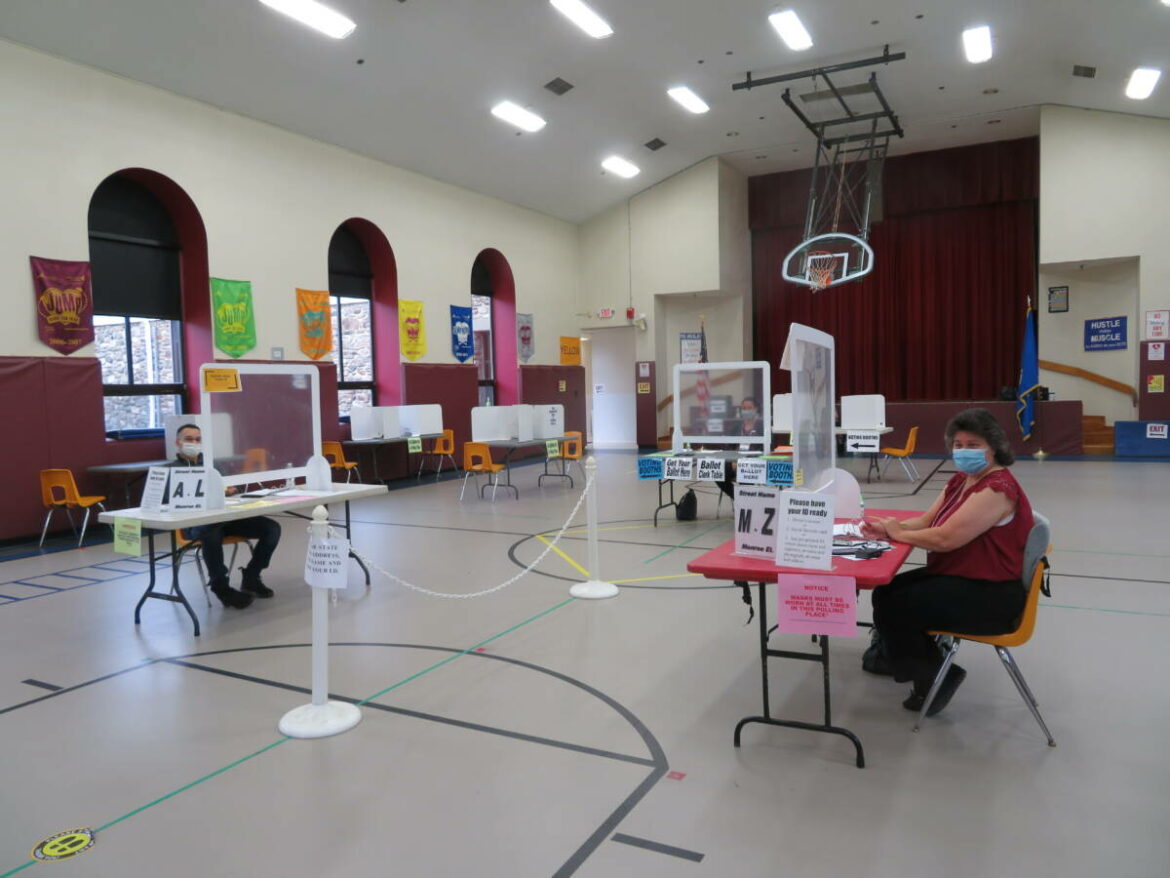 MONROE, CT — Polls are open until 8 p.m. and residents coming home from work, logging off from home, or getting up off their couch to vote could be the difference in the $93 million town budget proposal, which carries a 2.48 percent tax rate increase, passing or going down to defeat.

It has been over a year since the town’s last budget referendum due to the COVID-19 pandemic and residents have been slow to go to the polls this Tuesday.

As of 4 p.m., only 6.93 percent of Monroe’s registered voters participated, according to the Registrars of Voters Office.

“In 2019, the last time we voted, we were at about 9 percent turnout by 4 o’clock,” said Gary Zenobia, the deputy Democratic registrar. “We ended with 15 percent, so we’re tracking well below that.”

Earlier in the afternoon, voter parking spaces outside Monroe Elementary School were empty and volunteers working the polls inside the gymnasium patiently waited for more voters to trickle in.

The budget proposal has a projected mill rate of 36.36. Individual tax bills can be calculated by multiplying one’s assessed property value by the mill rate and then dividing by 1,000.

First Selectman Ken Kellogg said the median assessed value of a Monroe home is roughly $234,000, which translates to a $206 increase.

Overall municipal costs would rise by 2.36 percent in the 2021-22 budget proposal and education spending would increase by 5.16 percent, providing around $3 million more in a total $61,521,068 budget for Monroe’s public schools.