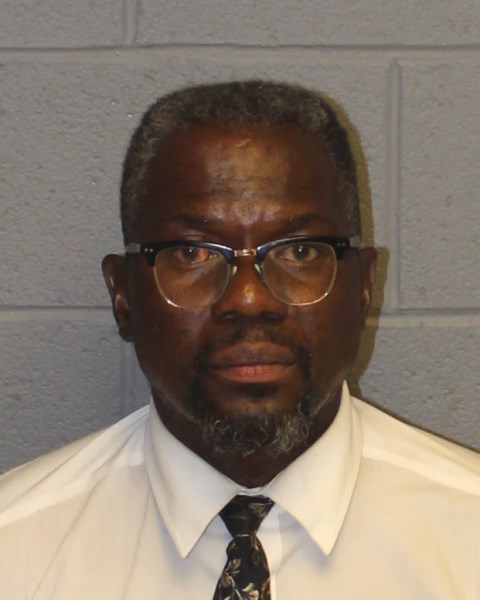 MONROE, CT — A Bridgeport man was arrested for DUI after engaging police in a slow pursuit on Monroe Turnpike Saturday night, according to police.

Tony Barr, 56, was charged with engaging police in a pursuit, illegal operation of motor vehicle while under the influence of alcohol or drugs, failure to drive in the proper lane and interfering with an officer/resisting arrest.

He was released on $500 bond on Sunday morning and is scheduled to appear at  Bridgeport Superior Court, 172 Golden Hill Street, on Sept. 22.

At 10:09 p.m. on Saturday, a police officer conducting traffic enforcement noticed an equipment violation for Barr’s vehicle as he drove by and observed that he failed to maintain the proper lane, according to the report.

When the officer attempted to conduct a motor vehicle stop, Barr did not pull over, police said, adding Barr instead stopped in the middle of the road several times and motioned to the officer to pass,

When the officer did not pass, Barr continued north at a slow rate of speed swerving into the opposite lane several times, according to police. After a slow speed pursuit of over a mile, he pulled over, north of the intersection with Route 110.

While approaching the driver, Barr, the officer detected the odor of an alcoholic beverage emanating from the vehicle and police said Barr’s speech was slurred and he was uncooperative with requests for standardized field sobriety tests.

Barr allegedly refused to get out of the vehicle. After a half hour of negotiating with officers, police said he exited the vehicle without incident. Police said Barr continued to be uncooperative with officers throughout the booking process.