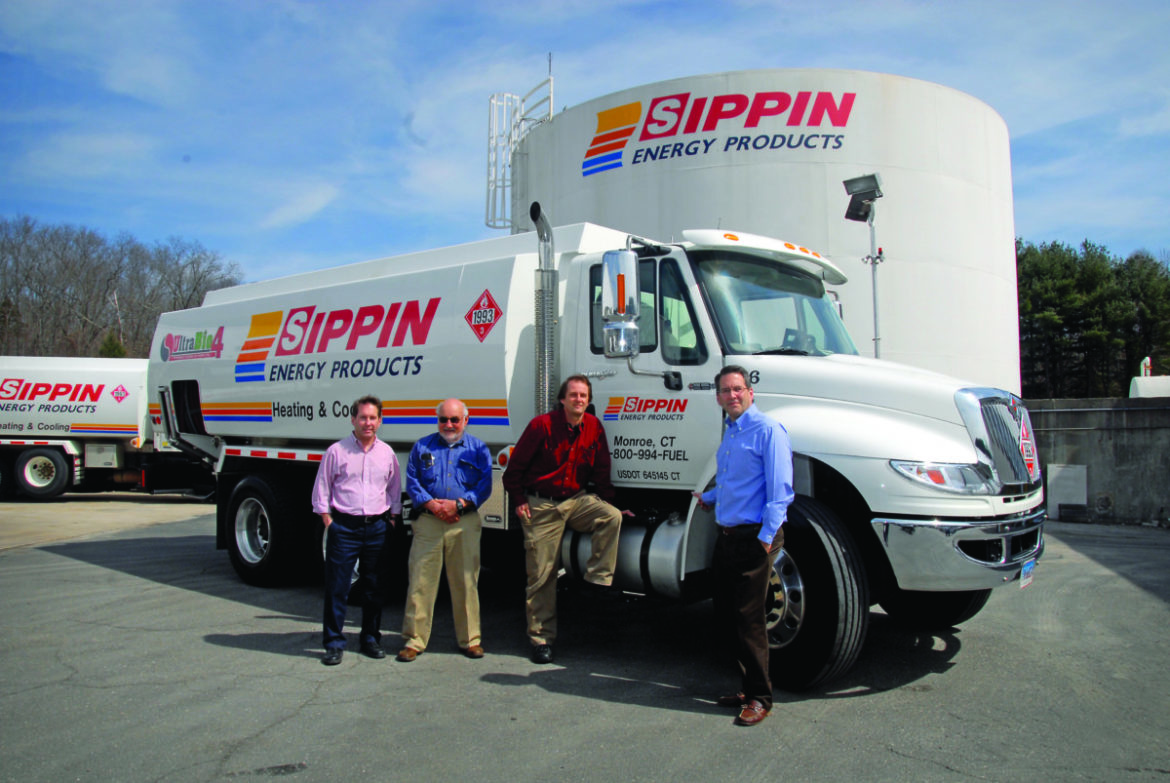 Bernie Sippin, second from left, with his sons, from left, Mark, Gary and David. Bernie's father, Irving, started their family business and Bernie and his sons made Sippin Energy Products into the company it is today. Contributed

This year marks 100 years of business for the Sippin Family and Sippin Energy Products, which is now the oldest surviving business in Monroe. The company has grown to include propane, clean burning biofuels and a wide variety of HVAC products and services.

Founded by Irving Sippin in 1919, the company is now run by third and fourth generation family members with brothers David, Gary and Mark at the helm.

On Sippin Energy Products’ longevity, Gary said, “the keys are having successful family succession and being able to evolve with the energy business itself. You have to be able to capitalize on the unique talents of family members.”

David and Mark Sippin are predominantly engaged in the commercial real estate business, while Gary has remained focused on the energy business — and Gary’s son Eric recently joined the company as marketing director.

The company evolved from selling coal to kerosene to heating fuel to biofuel, and now propane. “With a strong initiative to provide clean-burning low carbon fuels, our BioFuel product has taken on a great deal of importance for our company,” Gary said. “Sippin Energy was also one of the first companies in Connecticut to provide high bio fuel blended products.  It’s marketed under our own brand, UltraBio.”

Pursuit of the American Dream

Irving Sippin, a Russian immigrant with an entrepreneurial spirit, worked as a concessionaire in New York City, selling cigarettes and candy and hanging up coats at restaurants, before moving to Monroe in 1910.

Monroe was a farming community like most small New England towns, but it also had a fair amount of manufacturing. Irving regularly drove his truck to Bridgeport to pick up coal and kerosene for his farm, and soon began delivering coal, kerosene and gasoline to neighboring farms.

Delivering coal was hard work. A driver had to hoist up 50 and 100 pound sacks, carrying it to homes, and kerosene was delivered in five gallon cans. In the late 1930s, diesel fuel was adapted to burn in home heating systems. 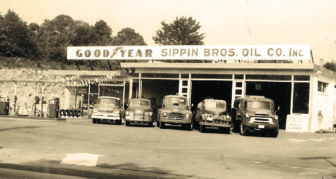 This photo of the front of the Sippin’s building in the 1950s is from the family archives.

Known as No. 2 fuel oil, it began a trend of home heating automation, ending the back-breaking work of splitting wood or shoveling coal. It also burned more cleanly by comparison, according to the Sippins.

In the late 1920s and 30s, Irving Sippin’s eldest son Maxwell, and second eldest son Victor joined the business. Both would later serve in World War II, Maxwell in the Army and Victor in the Navy.

In August of 1944, Victor was killed in action off the southern coast of France, while serving on a PT boat shortly after the D-Day invasion and liberation of Europe.

After World War II, the business began to grow significantly with the youngest son Bernard joining the company. The business became Sippin Bros. Oil Co. under Bernard and Maxwell and the name was changed to Sippin Energy Products in the 1980s.

Affectionately known as “Bernie” around town, it was Bernard Sippin’s sons David, Gary and Mark who played active roles in fueling the company’s growth. 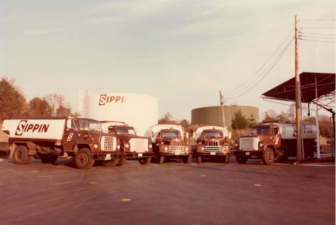 This photo of the Sippin oil depot is from its older days, but recent enough to be in color.

Over the years, the Sippin family operated many different types of businesses, including an auto repair business, a tire company, a motorcycle business and a commercial real estate business.

To this day the Sippin family is still engaged in commercial real estate and manages a diverse profile of commercial, retail and industrial properties in the area.

“It’s our community foundation,” Gary said. “We’ve invested so much of our resources into local real estate. We support 100 businesses in Monroe.”

Among them are retail shopping centers housing businesses like Big Y World Class Market, Rite Aid pharmacy and People’s United Bank, along with Veracious Brewing Co., Northeast Laser, which has 150 employees, as well as many restaurants. The family also owns real estate developments in Oxford, Bethel and Fairfield.

“One of the things that make us stand out among other real estate people is we have a stronger bond to the businesses in Monroe,” Gary said. “We try to patronize our tenants. We help them with their advertising and business needs.”

Gary said the Sippins also do consolidated advertising for their commercial tenants. “We’ve become a partner, because we both have to be successful,” David said. 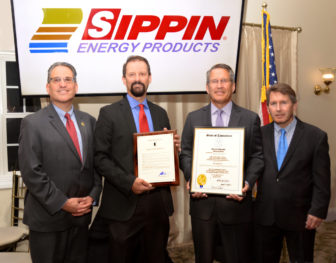 First Selectman Ken Kellogg, far left, presents the Sippin family with a citation from the town during Sippin Energy Products’ Centennial Celebration. They also received a citation from the Connecticut General Assembly. From left are brothers, Gary, David and Mark. Contributed

While the Sippins have had success in other business ventures, the heating business has always been the one steady. It headquarters on Main Street houses the company’s offices and Sippin Energy recently expanded its propane business on the property with the construction of a Propane Bulk storage facility.

Its HVAC business now has “a team of 20 highly qualified technicians, as well as a very talented support staff,” according to Gary Sippin.

“That’s the fastest growing part of our business,” he said. “In five years it doubled sales revenue.”

David Sippin said his family tries to make Sippin Energy Services a great place to work for their employees. The family and their company have also been civic minded throughout their history.

In addition to the family’s financial support of community and civic organizations, David Sippin serves as president of the Boy Scouts Of America, Connecticut Yankee Council, an organization the Sippin family has supported for decades.

Sippin Energy Products offers a Serving America’s Bravest program, which provides reward points as well as service and fuel discounts to customers who are military veterans or are currently serving in the armed forces as a way of saying, “thank you for your service and sacrifices to our great nation,” according to the company website.

They also have an America’s Bravest Honor Roll featuring names of customers who are veterans with their branch, rank and status, and some customers contributed their photos.

“My father, having grown up in a Gold Star family, was always supportive of veterans and even donated the beautiful war memorial at the Monroe Town Hall,” Gary Sippin said.

The Sippin family has received recognition and many accolades over the years, including the UConn Family Business Award, CEMA Energy Marketer of the Year award, Monroe Business of the Year award and the National Better Business Bureau Torch Award For Ethics.

A centennial celebration held earlier in the year was attended by employees, family members, friends and many public dignitaries. During the event, First Selectman Ken Kellogg presented the Sippin Family with a 100 year business citation from the state of Connecticut.

Sadly, Bernard Sippin, who previously suffered a stroke, was unable to attend the celebration. However, he did take part in telling the company’s story in a video presentation, which was shot before the event.

“I am humbled and honored to be part of a family and organization that has achieved this milestone,” Gary Sippin said in his address, “a milestone that only .008-percent of America’s businesses will ever achieve. As I reflect upon this wonderful occasion in our history, I wanted to recognize and thank all of the folks who made it possible, and without a doubt our highest gratitude goes to our customers.”