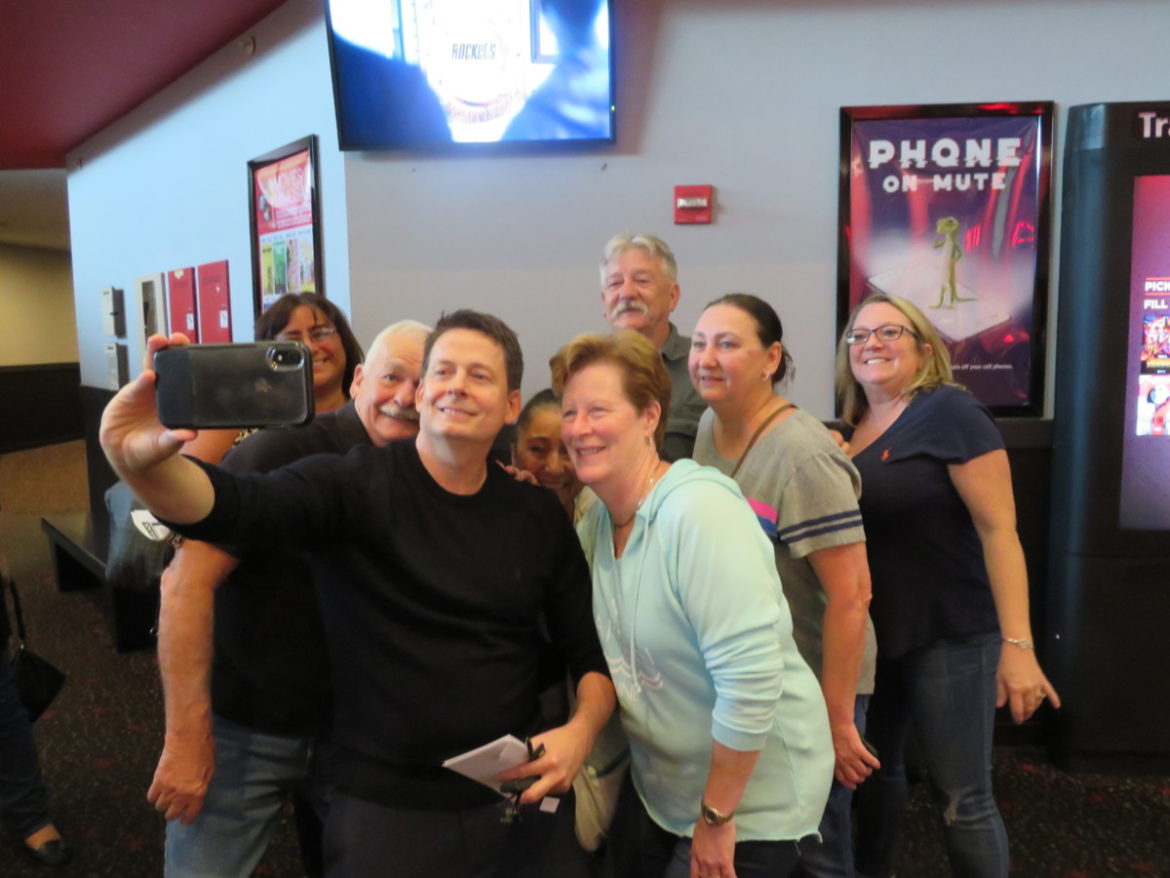 John Searles snaps a selfie with family and friends at the opening weekend of the movie "Strange but True" in Trumbull Saturday. The movie is based on Searles' novel.

TRUMBULL — Best selling author John Searles received congratulatory hugs and handshakes and posed for pictures with family and friends Saturday, on the opening weekend of “Strange but True,” the movie based on his novel by the same name. 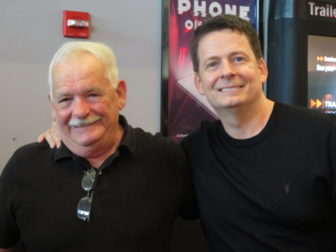 John L. Searles Jr., left, beams with pride, while posing for a picture with his son, John L. Searles III, on the opening night of “Strange but True” Saturday. The movie is based on the younger Searles’ book.

Searles mingled with fans at the 5 and 7:20 p.m. showings at Bow Tie Cinemas Marquis 16 in Trumbull. His father, John L. Searles Jr., was among them. He said his son’s full name is John L. Searles III.

“I just can’t believe it’s happening, because he wanted to do this his whole life. All his life, he wanted to be a writer,” Searles Jr. said. “He wasn’t great at sports. Who strikes out in tee-ball?” he added with a chuckle.

Searles wrote the book in 2004 and Green Street Films wanted to make it into a movie. 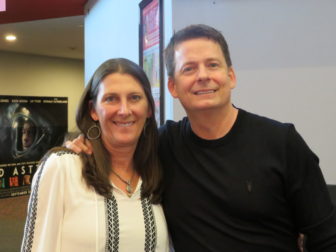 Lee Riesinger, of Monroe, left, poses for a picture with best selling author John Searles, a Monroe native, before the 5 p.m. showing of “Strange but True,” a movie based on Searles’ novel.

“He used to say, ‘I want to make two movies, Strange but True and this film called La La Land,’” Searles recalled, “and years later I opened a newspaper and saw the musical ‘La La Land’ was playing.”

The movie “Strange but True” is a thriller directed by Rowan Athale. It tells the story of a young woman, who suddenly finds herself pregnant five years after the death of her boyfriend. When she confronts his family with the idea the child could be his, the truth begins to unravel.

Searles, a Masuk High School alum, has penned essays that appeared in national magazines and newspapers including The New York Times and The Washington Post.

Searles has also had appearances on morning television shows, including NBC’s “Today Show,” CBS’s “The Early Show,” “Live! With Regis and Kelly,” “Charlie Rose” and CNN to discuss his favorite book selections.

Two other novels by Searles were published, “Boy Still Missing” and “Help for the Haunted.” The former may become a movie and the latter may become a TV series.

Searles is concentrating on writing his books. In fact, he is finishing up the last chapter of his fourth novel, though he is not ready to share details.

“Like my other books, it is a genre hybrid, part a story about lost loves, part a dark twisted thriller,” he said.