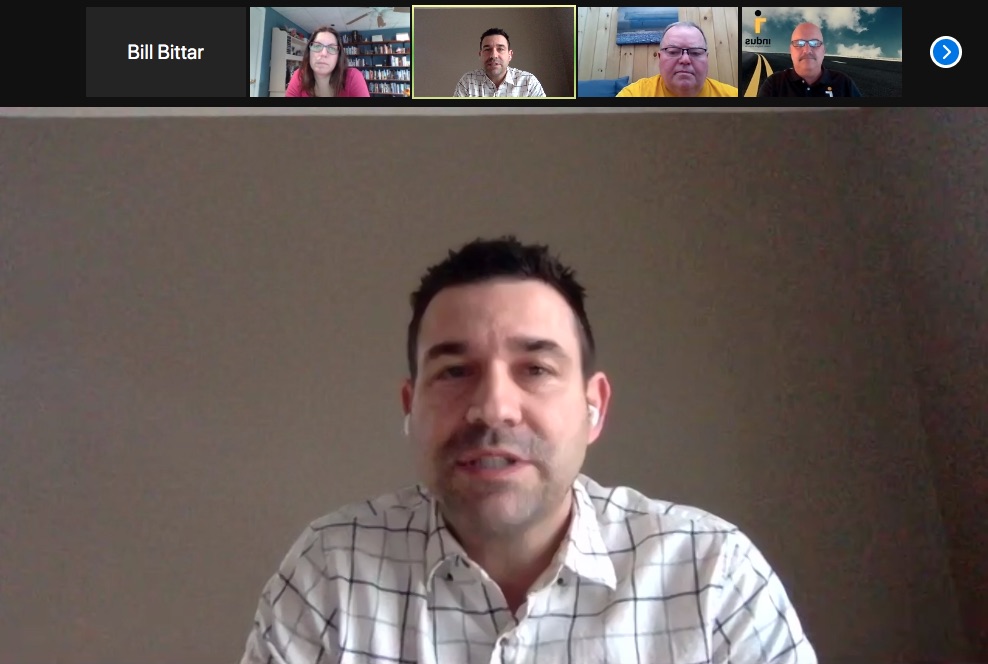 MONROE, CT — Tony Scott, a Republican running for the Connecticut’s General Assembly’s vacant 112th District seat in a special election on April 13, spoke to the Monroe Rotary Club at its meeting Thursday morning.

Scott promised to ensure everyone’s voices are heard in Hartford, even when he and some Monroe and Newtown residents disagree on an issue. “There’s so much rhetoric. I want to get past the partisanship,” said Scott, who serves on the Monroe Town Council.

Scott, a married father of two, expressed concern over the “brain drain,” when young adults move out of Connecticut after college, because there are either no jobs for them or they cannot afford to live here.

Though families have been moving to Connecticut in droves, breathing life into the real estate market, Scott said he believes it is a mirage.

“I think we have a big, false sense of security with the housing market, with people coming to Connecticut,” he said. “I hope that doesn’t screw people into thinking, ‘oh, things are fine. We’re on the right path,’ because we’re not.”

If state legislators do not make decisions to right Connecticut’s financial ship for the long term, Scott said the positive impact of the housing market could disappear within two years.

Gov. Ned Lamont, a Democrat, wants municipalities to share in the burden for the teachers’ pensions. Guere said he believes Monroe’s portion is in excess of $110 million, adding there is no way a town can absorb that hit.

“What can you possibly do?” Guere asked. “I know it’s a one party town, but what’s your plan? How can we address that?”

Scott said legislators often like to use the term “lock box” to say funds allocated for a purpose would not be spent elsewhere, but added Connecticut has often used money for other things — a practice that must stop.

“Let me be clear, the people who are promised these pensions, they should be made whole,” Scott said. “We made an agreement with them.”

However, he said pension reform is needed for new agreements. “Even the governor tried to get givebacks and the unions just didn’t care,” Scott said, adding unions have to understand what Connecticut can afford.

“It’s almost an impossible task, but we have to start somewhere,” Scott said. “Let’s cap some of these things. Let’s use a lock box and make sure whatever funds we’re using are staying directly with the fund it is allocated for.”

“I’m for tax incentives, as long as they’re committing to stay here for the long term,” Scott said. “I don’t want to give money away, right. I’ll caveat the whole thing with long-term commitments. It’s not going to be, ‘stay here for two or three years and you’ll get all this money.”

He said Connecticut also needs to offer a talented workforce and affordability to attract businesses here, so it is a place where executives’ and employees’ children can stay after college, and where they can retire to watch their children and grandchildren grow up.

Aside from attracting new businesses, Scott said Connecticut must do more to ensure existing ones can stay and thrive here. He said nickeling and diming people, and constantly raising fees, is not being business friendly.

Scott also said legislators should think outside the box to solve some of the state’s problems. For instance, to reduce the burden on Connecticut’s transportation system, he said the state could offer a tax benefit to companies who have 50-percent of their workforce work from home.

In a final question, Scott was asked for his thoughts on affordable housing. The state is pushing all municipalities to have a minimum of 10 percent of their housing meet Connecticut’s definition of affordable, and all must come up with an affordable housing plan.

Scott said it is a local zoning issue and that the topic is going up like a led balloon in Hartford, with critics seeing it as government overreach. Scott said Hartford should not dictate what will be built and where.

“I’m supportive of having affordable housing, but let’s do it at the local level, not from Hartford,” he said.