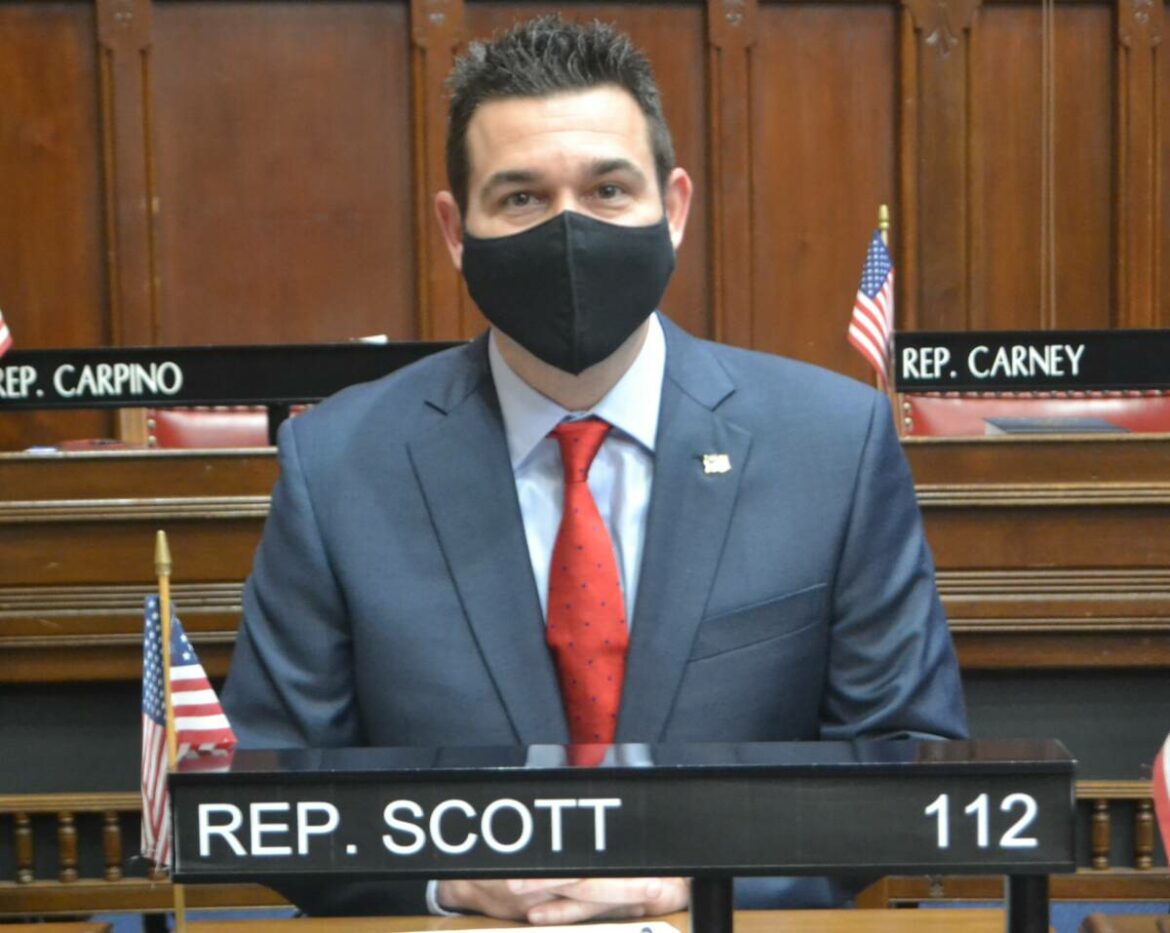 HARTFORD, CT — During a session of the House of Representatives that stretched into the late hours of the night, State Rep. Tony Scott (R-112th) cast his vote against a controversial bill, he says would take important medical decision-making away from parents and lead to many Connecticut children being un-enrolled from their schools.

Scott, who represents the residents of Monroe and a portion of Newtown, said the proposed elimination of the state’s long-standing religious exemption for childhood vaccinations has been met with frustration and uncertainty in his district over its long-term impact on education.

“I’ve heard from countless parents in Monroe and Newtown over the past few weeks about their concerns with this bill. I share their concerns, which have very little to do with the efficacy of vaccines and more to do with state government legislating away their right to make decisions regarding their own children’s health,” Scott said. “As a father of two daughters — both of whom are vaccinated — I can relate to other parents who are frustrated and feel that their voices aren’t being heard on this issue.”

Proponents of the bill say it will help prevent the spread of illness and disease to those who are most vulnerable, such as people who have diabetes and autoimmune diseases and cannot be vaccinated.

A contentious public hearing on the bill earlier in the session saw many parents express their concerns with the bill’s mandate and impact. Although the hearing ran for nearly 24 hours, it was eventually concluded before many participants had a chance to speak, according to Scott.

The bill’s provisions, which would go into effect during the 2022 school year, could effectively un-enroll thousands of students from public and private schools, bar others from participating in daycare and aftercare, and even restrict college and university enrollment based on vaccine scheduling, according to Scott. With the state already boasting one of the highest vaccination rates in the country, Scott says the proposal is a solution in search of a problem.

“Every time this legislature meets to debate and vote on bills, it costs the people money,” he said. “Right now, our time and their money would be best spent addressing more pressing issues, like the financial toll this pandemic has had on nearly every resident, or the estimated one-third of the state’s small businesses that have closed their doors permanently. I urge my colleagues to reorient their focus towards the true task at hand: reopening our state and restoring its competitive edge.”

Following a 90-53 vote in the House, the bill now heads to the Senate for further consideration.