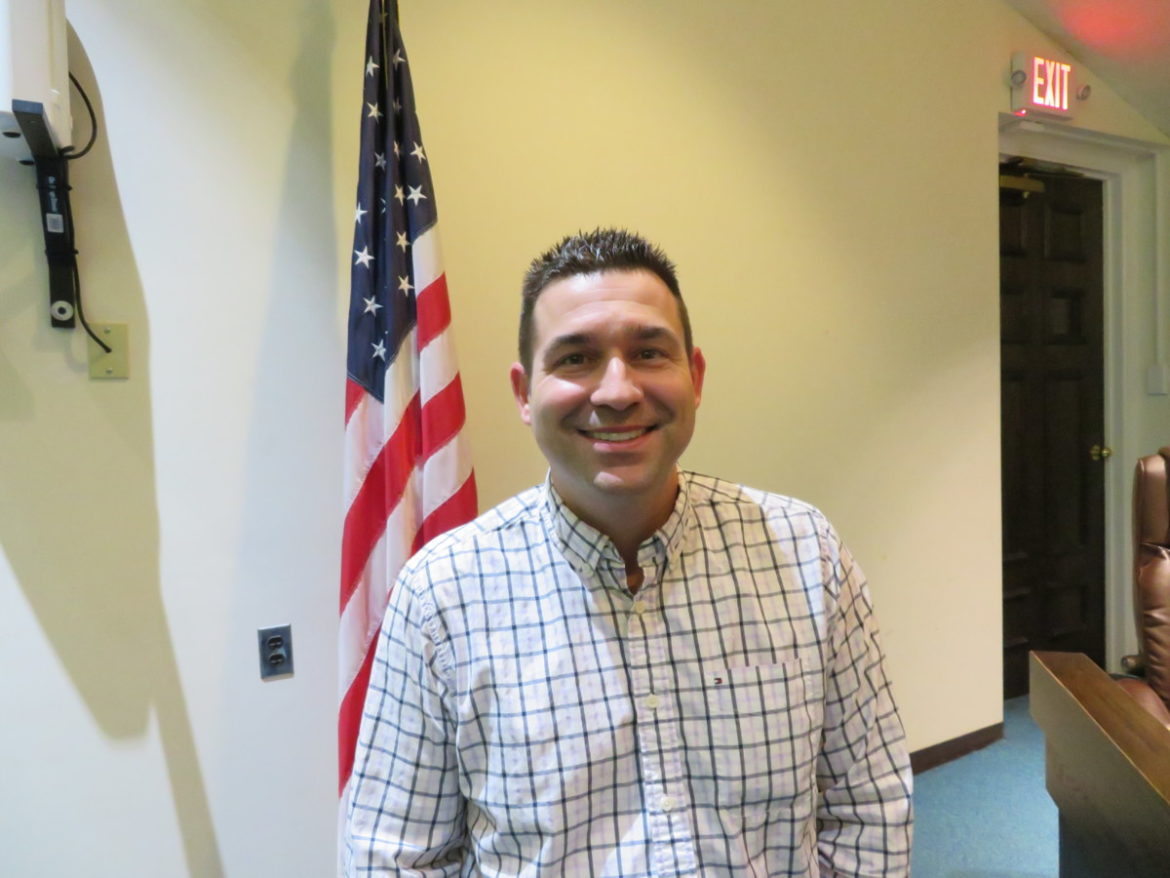 When Town Attorney Jeremy Hayden died suddenly in October, First Selectman Ken Kellogg asked Town Council Chairman Frank Lieto to take on the role. This left an opening on the council, which was recently filled by Tony Scott.

Scott, 43, a Republican, is a married father of two with nine years experience on the Parks and Recreation Commission, seven as chairman.

“Filling Frank’s shoes is going to be very difficult,” Scott said. “He served here a long time and was chairman. I’m going to try to find my spot where I can fit in and help the council.”

When he left the Parks and Recreation Commission a year ago, Scott said he was willing to serve in town government again if the right opportunity became available.

“Unfortunately, with the town attorney’s passing it was sooner than we would have anticipated,” he said.

Scott and his wife Jennifer, a Monroe native whose maiden name is Deak, have been married for 12 years and have twin daughters, Lauren and Addison, who are fifth-graders at Monroe Elementary School.

Councilman Terry Rooney is chairman of the Republican Town Committee’s Vacancy Committee, which vetted Scott as a candidate for the council appointment.

“I worked closely with Tony on the Parks and Recreation when I was a commissioner and I have full faith in his ability to be a town councilman,” Rooney said.

Rooney said Scott was a “very effective” chairman on Parks and Recreation, adding Scott also has financial experience from having served as treasurer for multiple Republican campaigns over the years.

“His years of experience in town operations makes him the right person for the position,” Rooney said.

Scott was sworn in at the Jan. 13 Town Council meeting to finish Lieto’s two-year-term won in last November’s municipal election. 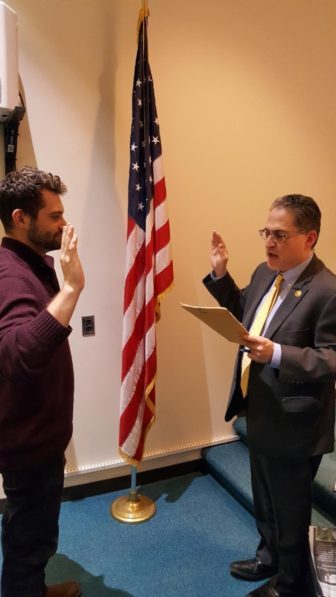 The Town Council made several appointments to fill board vacancies during its meeting on Monday night.

Vincent Infante, of 78 Red Coat Lane, a Republican, was appointed to the Conservation and Water Resources Commission with a term ending Dec. 5, 2022, filling a vacancy created by Barbara Agee.

Lawren Hubal, of 23 Tree Hollow Lane, a Republican, was appointed to the Economic Development Commission with a term ending Jan. 31, 2020, filling a vacancy created by William Florin.

The Monroe Bicentennial Committee was established to begin planning and preparations for the 200th anniversary of Monroe’s incorporation, which will be celebrated in 2023.

Kellogg came up with a list of nine members and the Town Council approved the appointments Monday. The Committee includes: