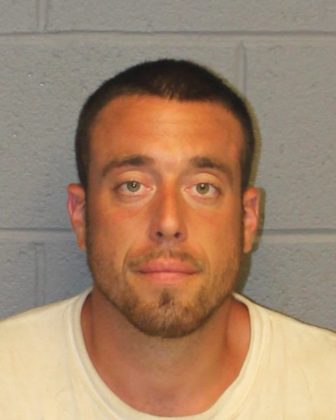 Police arrested a Waterbury man on a warrant Monday for the burglary and attempted theft of a Harley Davidson motorcycle from a garage on Maple Drive four years ago.

Police were called at 10:52 p.m. on April 16, 2015, for a report of two men allegedly entering the garage, removing the lock from the forks of the motorcycle, damaging the bike in the process.

When a witness approached them, police said the suspects abandoned the motorcycle in the middle of Maple Drive and fled into a wooded area.

One of the suspects was identified by a witness, arrested by police and processed through the court system, but the other had gotten away, police said.

Detectives processed the scene and sent recovered evidence to the lab for testing. In March police received notification that the suspect was identified as Andrew Dwyer, 33, of Waterbury, by the Connecticut Department of Emergency Services and Public Protection’s Division of Scientific Services.

On Monday, Dwyer was picked up by the Fairfield Police Department, then turned over to Monroe police on their warrant.