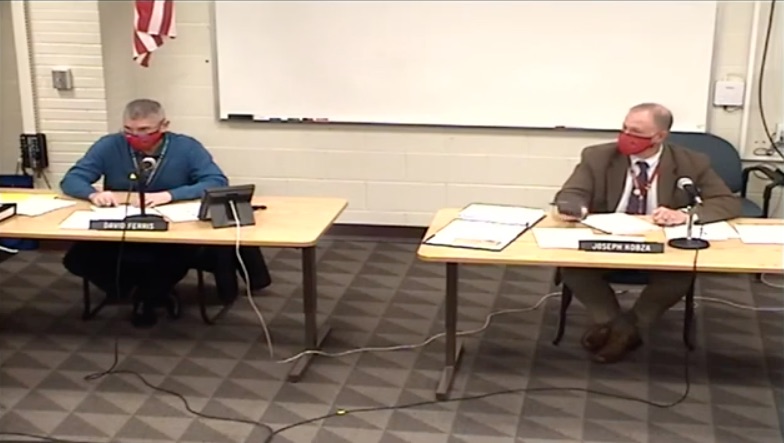 Chairman David Ferris said he wanted to use all of the $792,273 in remaining federal grant money, given to the district to mitigate learning loss from the COVID-19 pandemic, to reduce the budget increase even further, but the consensus of the majority of the board was to use 50 percent.

“It’s a compromise,” Vice Chairwoman Shannon Reilly said during the meeting Tuesday. “I think it’s the fairest compromise we can come up with.”

Earlier in the meeting, Board of Finance Chairman Michael Manjos recommended using grant money to reduce Kobza’s request for a 5.39 percent increase, which was driven primarily by growing enrollment and contractual obligations.

“We all want the same things: a great town, great education and reasonable taxes,” Manjos said. “I just think if we don’t use the grant money, it will be a hard sell to taxpayers. It’s the same money, just different funding sources.”

Manjos said his fear was the education budget moving forward without using the funds to offset the increase, leading to more cuts later in the process.

Now that the Board of Education approved its budget, it will be acted upon by First Selectman Ken Kellogg and incorporated into his town budget, which will come before the Town Council, then the Board of Finance before voters go to the polls for a budget referendum in the spring.

The Board of Education passed its budget by a vote of seven to two, with Ferris, Reilly,  Jeffrey Fulchino, Secretary Christine Cascella, Justin Orlando, Dennis Condon and Dr. Alan Vaglivelo in favor and Nick Kapoor and Jerry Stevens against.

“I’ll be voting against this budget,” Kapoor said before the vote. “I don’t agree with the percentage of the grant money and my amendments were defeated — I thought they should have been included.”

Kapoor said he believed the grant money should not be used to fund several staff positions within the operating budget, contending all of it should used for programs to mitigate learning loss from the pandemic.

Prior to the vote on a final budget, Kapoor, a Democrat, made three motions, which all were defeated along party lines.

Kapoor’s first motion was to add $40,000 to the budget to fund a study to assess the district’s space needs due to growing enrollment.

Fulchino, who is a Realtor, said the housing market is slowing down and no new developments are coming, so he would hesitate to fund the study.

Cascella noted how there was ad hoc committee study in 2013, so data is already available to assess buildings that have not changed. Kobza said the enrollment growth has been concentrated in the lower grades.

Kapoor also made a motion to add $85,000 for a full-time finance department position. He recalled how a position was lost when the school district and the town merged finance departments. Kapoor said he often sees cars in the parking lot after hours, so the staff could use the extra person.

Ferris agreed that it would be a welcome addition, but said it was not the right time to add money into the budget.

Kapoor’s third motion was for $150,000 to pay for a full-time administrator at Fawn Hollow Elementary School. Ferris expressed the same sentiment as he did in the previous motion, that it is not a good time.

Some other board members expressed their belief that Kobza would have made a request for the position if he thought it was needed. Though it was not included in his proposal, Kobza said there have been discussions about adding the position in the future.

Kapoor expressed his view that too much of the Board of Education’s focus is on presenting a budget that will pass on the first referendum vote. He said he believes their only concern should be passing a budget based upon the district’s needs.

Orlando, Ferris, Reilly, Condon, Fulchino and Cascella all agreed on the need for the board to pass the best budget it can at a reasonable cost to taxpayers amid a difficult economy.

During Tuesday’s meeting, the board did ask Kobza to reallocate funds to find $170,000 to add some things without increasing the bottom line.

Cascella made a motion to add a tutoring program, the RULER (Recognizing, Understanding, Labeling, Expressing, Regulating) program and to increase a school psychologist from a 0.8 to a full-time 1.0 position.

Vaglivelo, who is a school psychologist himself, was a strong advocate for the latter change. Board members approved Cascella’s motion unanimously.

3 thoughts on “School board trims budget proposal to a 4.75 percent increase”