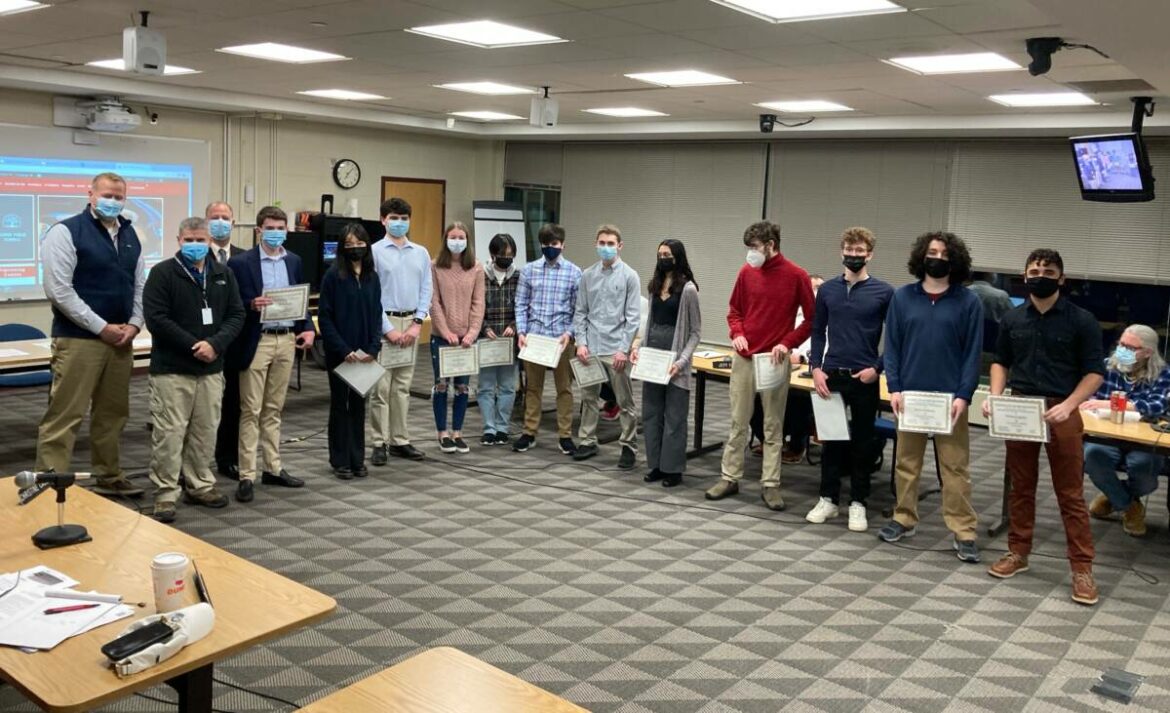 Superintendent of Schools Joseph Kobza, Masuk Principal Steve Swensen and the Board of Education recognize 14 Masuk students for their outstanding academic achievements.

Masuk Principal Steven Swensen explained the significance of both achievements and introduced the students.

Swensen said Masuk has many outstanding students, but these 14 students rose to another level with their performance on the National Merit Scholar qualifying test.

The National Merit Commended students represent the top five percent of performances on the PSAT nationwide, according to Swensen.

“About 50,000 students throughout the nation that took this test received these letters of accommodation for their outstanding academic promise,” he said.

The number of 2022 National Merit Semi-Finalist students in a state is proportional to the state’s percentage of the national total of graduating seniors. The nationwide pool of semifinalists represents less-than-one percent of U.S. high school seniors, which includes the highest scoring entrants in each state, according to Swensen.

Of the approximately 16,000 students, Swensen said about 95 percent of the semifinalists will be named finalists in the 67th year of the academic competition — and half of those will earn the National Merit Scholar title.

Swensen said Zambarano’s mother told him her son received a letter identifying him as a finalist. Swensen said Caggiano may also get one, because the letters are still going out.