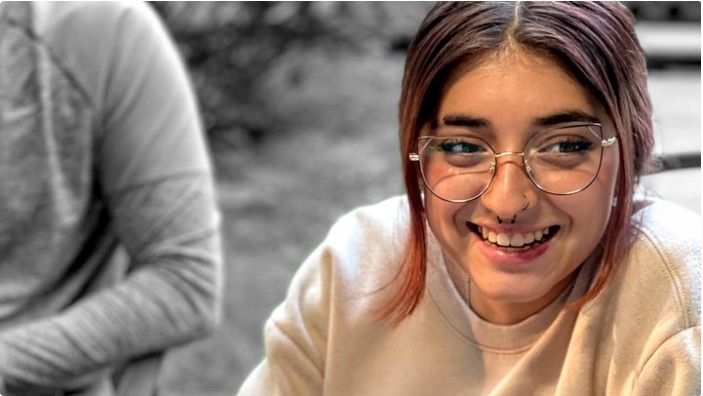 Juliana Gonzalez's family will remember her "big smile" and she will always be their "forever angel."

MONROE, CT — Superintendent of Schools Joseph Kobza asked for a moment of silence before Monday night’s Board of Education meeting in honor of Juliana Gonzalez, 18, a Masuk High School senior who suffered from a medical condition and died before Thanksgiving.

Vanesa Saez, Gonzalez’s cousin, had started a GoFundMe page to raise money to enable her parents and grandparents to travel from Colombia to the U.S. after Gonzalez went into cardiac arrest and was on life support at St. Vincent’s Medical Center. Messages of support came in and donations totaled $13,500.

“Our family will be forever thankful of all your donations, prayers and love sent our way even when some of you did not know Juliana,” Suez posted on the page. “This helped tremendously in making this process easier for her and the family. Unfortunately Julianna passed the day before Thanksgiving due to an Asthma attack.”

Suez said the donations helped Gonzalez’s mother to obtain a Visa to come and say goodbye before her daughter was disconnected from life support.

“Her grandparents and other family members were able to come from Colombia as well,” Suez said. “Also, the funeral expenses will be covered thanks to your generosity.”

“We also want to share Julianna’s final decision to donate her organs to continue to give life and happiness to the world,” she wrote. “Let’s remember Juliana with a big smile because she will be our forever angel.”

Gonzalez was born in the U.S. and lived her until she was three-years-old, according to Suez, who said Gonzalez moved to Colombia and grew up there before coming back to the U.S. last June to finish high school at Masuk. She was living with her aunt, Diane Mora, and uncle, Jamie Mora.

“She came from Colombia to Connecticut to pursue her dreams through education, and recently decided to join the Army after high school,” Suez wrote.