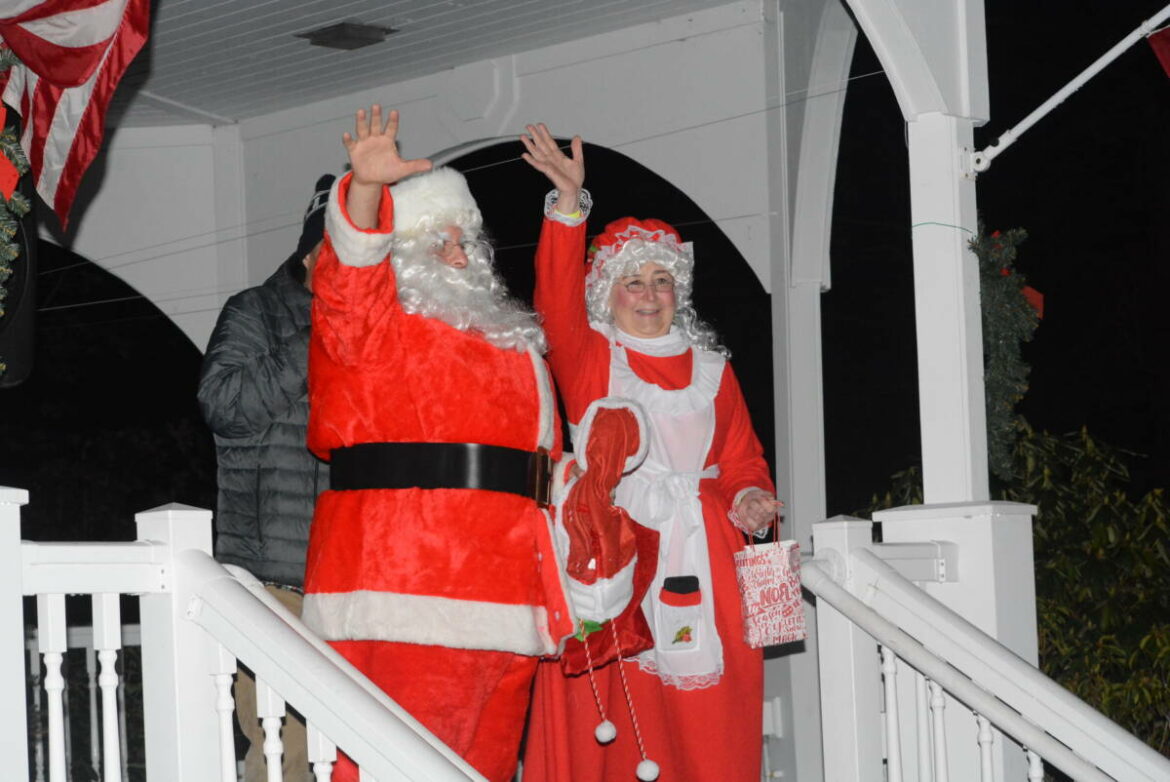 Santa and Mrs Claus wave to the crowd at the Monroe Women's Club's annual tree lighting at Monroe green Saturday.

Monroe’s annual holiday tree lighting on the town green, hosted by the Monroe Women’s Club, brought together community members of all ages after the rain finished falling on a mild Saturday evening. 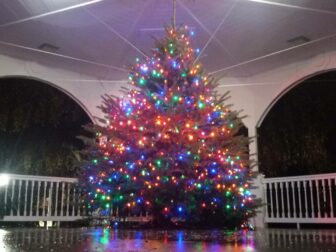 The Christmas tree inside the gazebo at the Monroe green is lit during a ceremony led by the Monroe Women’s Club Saturday.

“It’s fun. It’s a fun way to kick off the holiday season,” said John Buck, event emcee and DJ, whose wife, Adele Buck, is co-president of the Women’s Club.

Volunteers ladled hot chocolate and hot cider into cups for attendees. A table had treats, including cookies and donuts. Candy canes, jingle bell bracelets, and bead necklaces were passed out to children. Dunkin Donuts and Monroe Social contributed to the event.

First Selectman Ken Kellogg thanked the Women’s Club for its sponsorship and showed appreciation to everyone on hand.

The Masuk High School band and orchestra members played various carols, and the Masuk and Jockey Hollow Middle School choirs sang. Margaret Chaves of Masuk welcomed the crowd to join in the caroling. 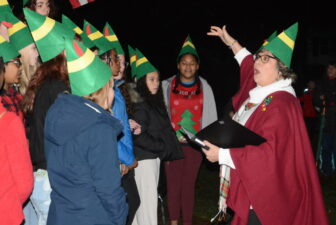 When Santa and Mrs. Claus arrived, they went to the gazebo. Santa told attendees the children in town are the best around and reminded them he especially likes chocolate chip cookies. Then Santa counted down for the lighting of the tree, donated by Jones Farm.

Children, and many families, lined up to say hello to Santa and pose for photos. It was an early Merry Christmas to all at the green. 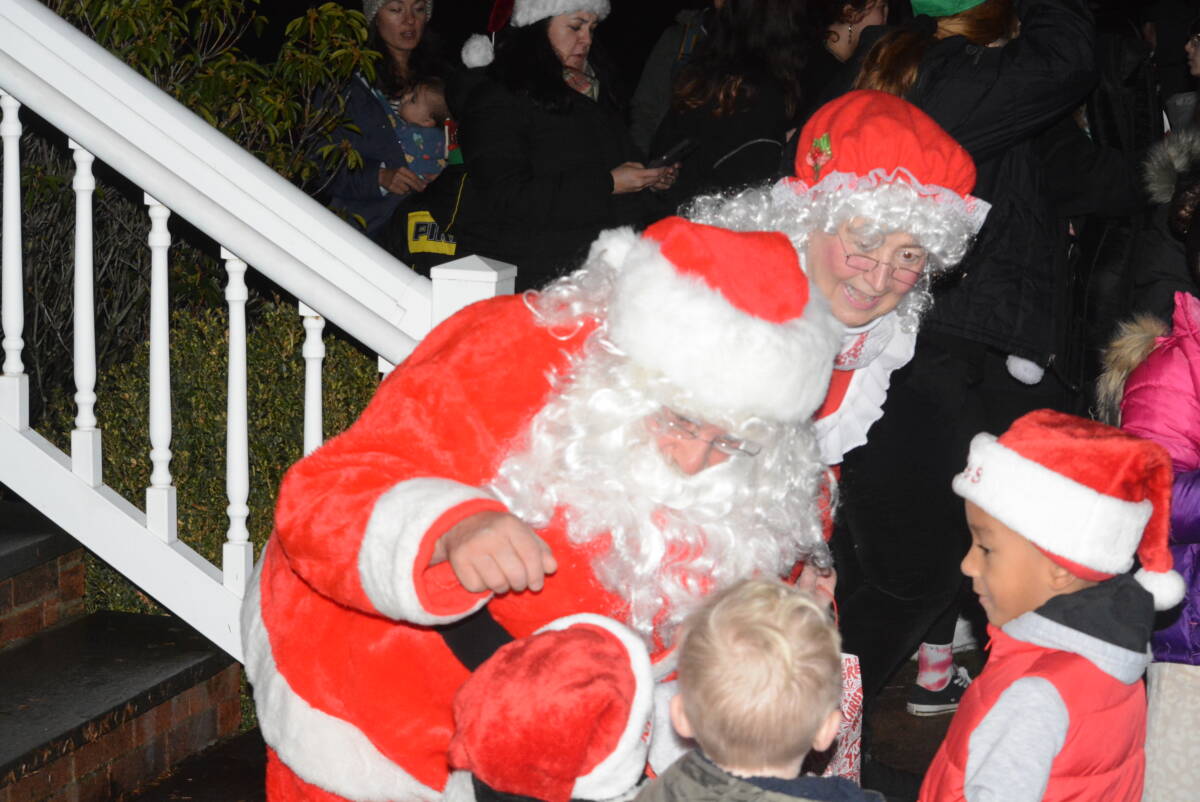 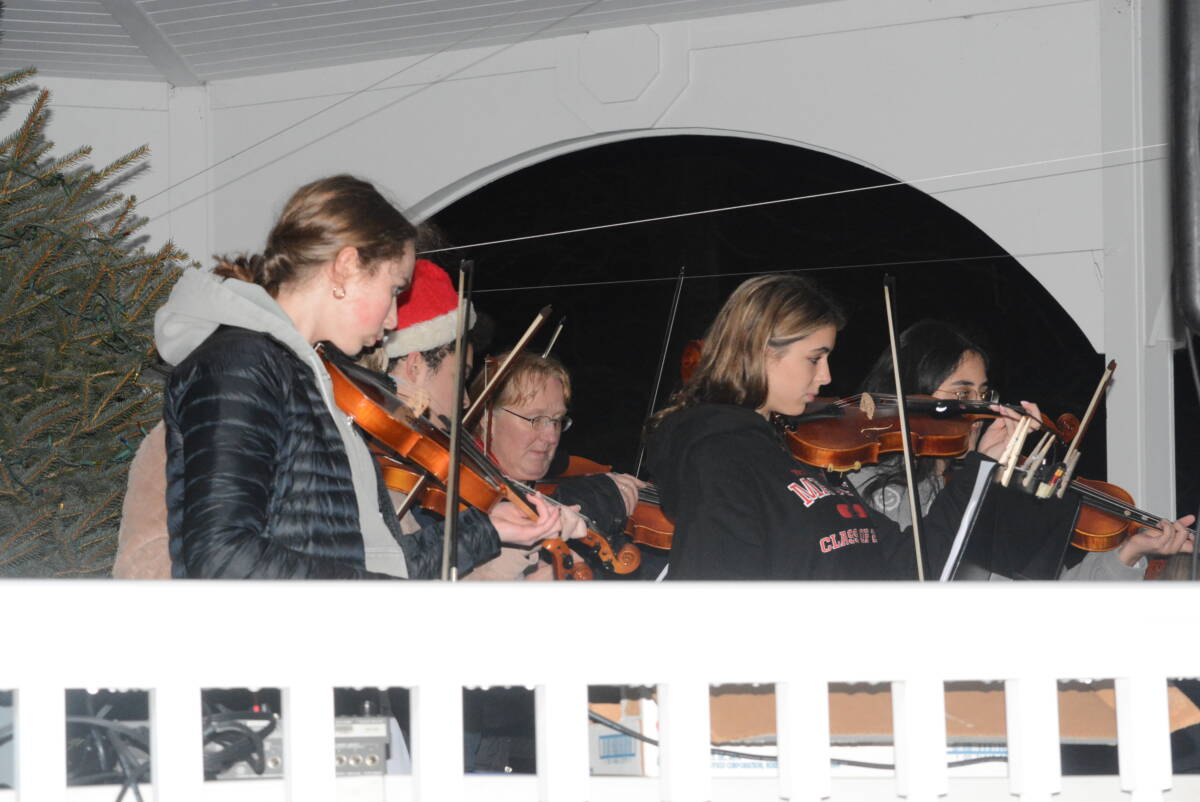 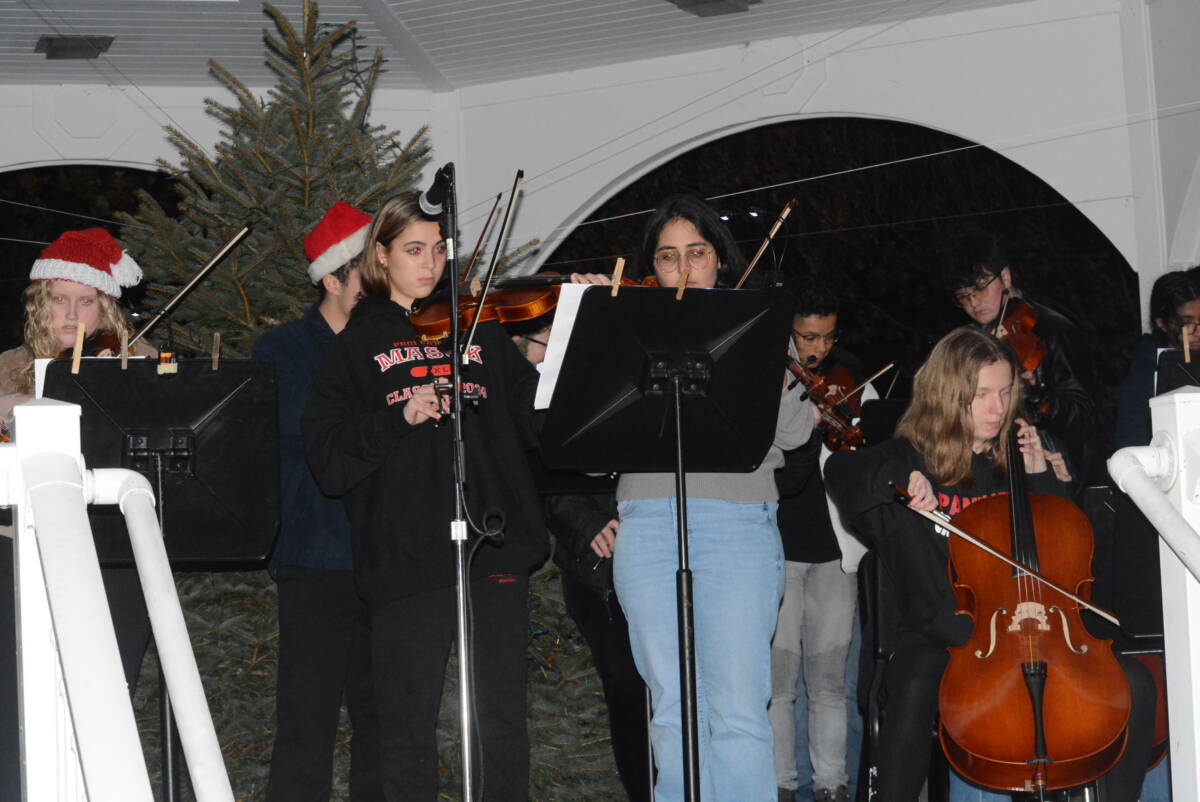 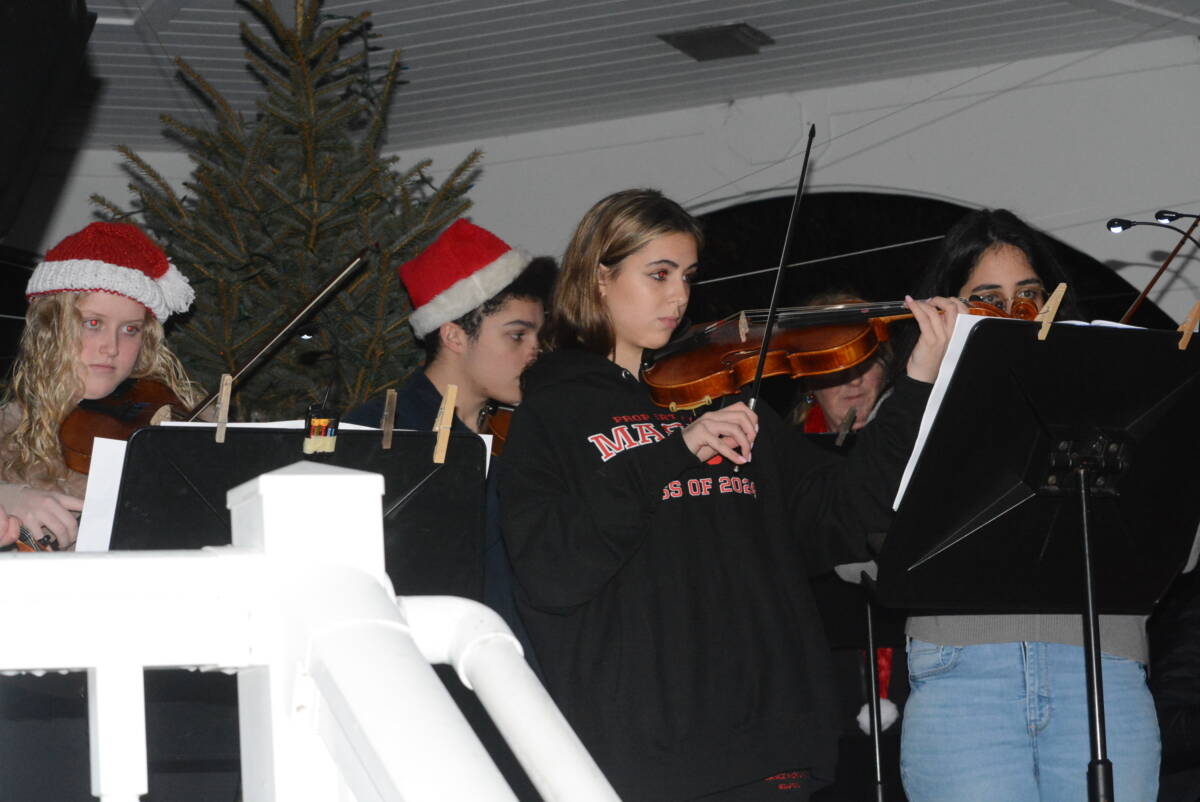 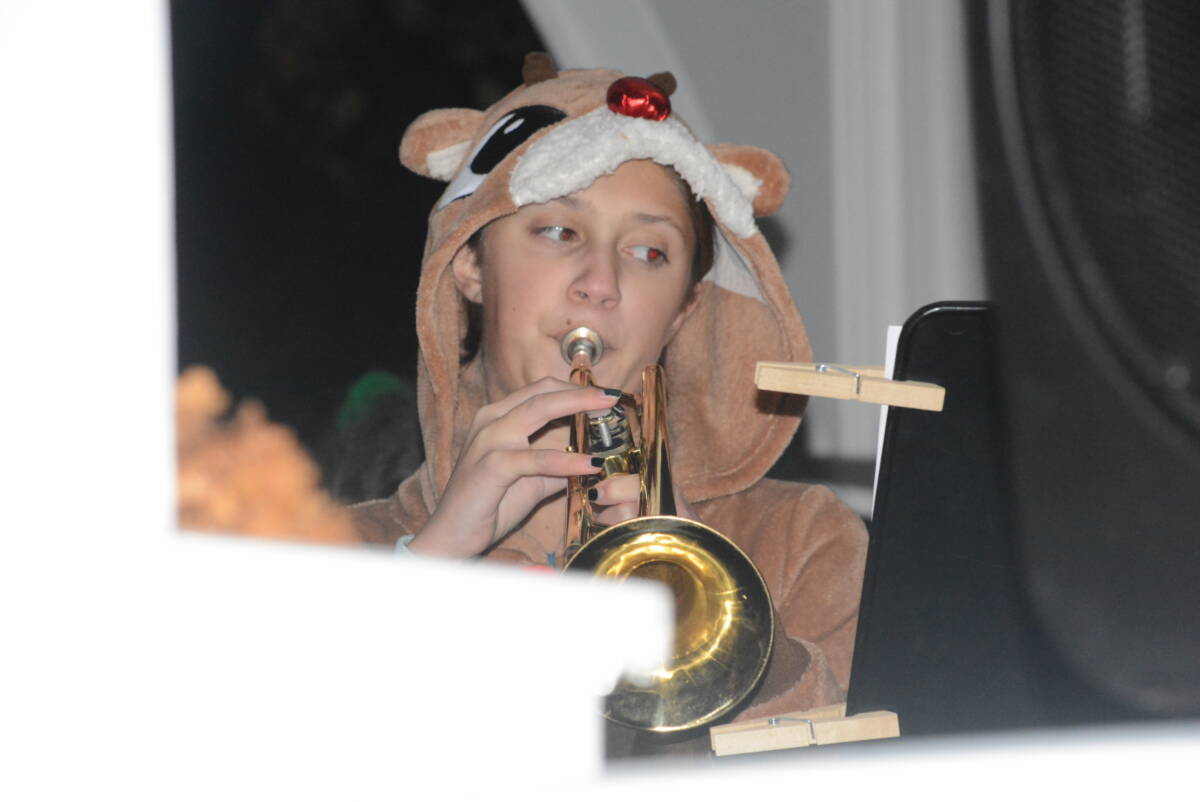 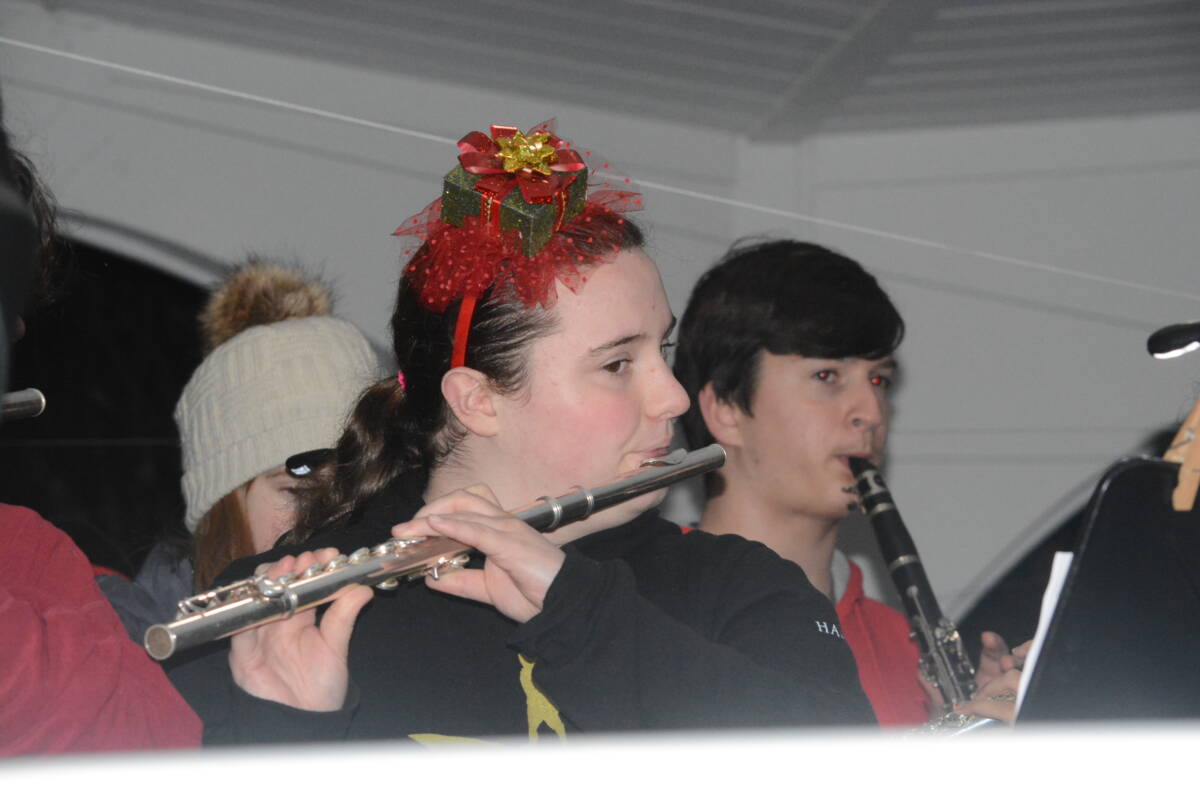 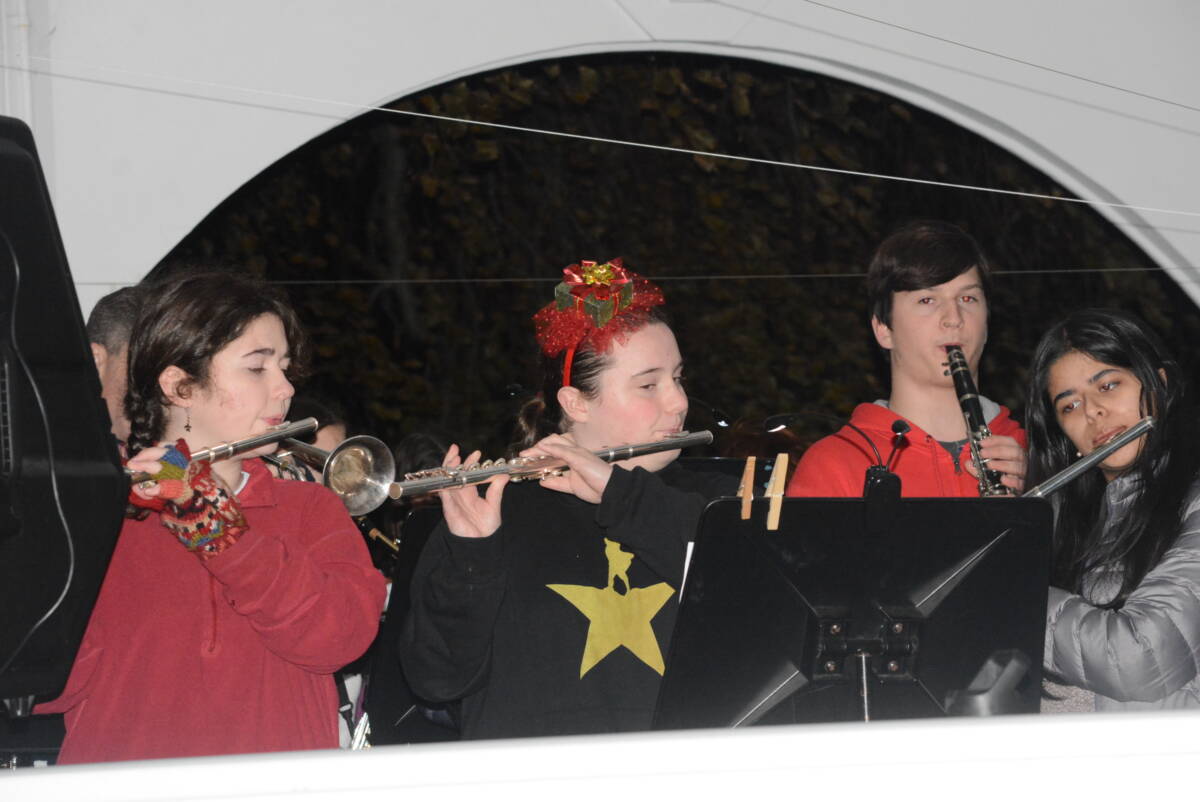 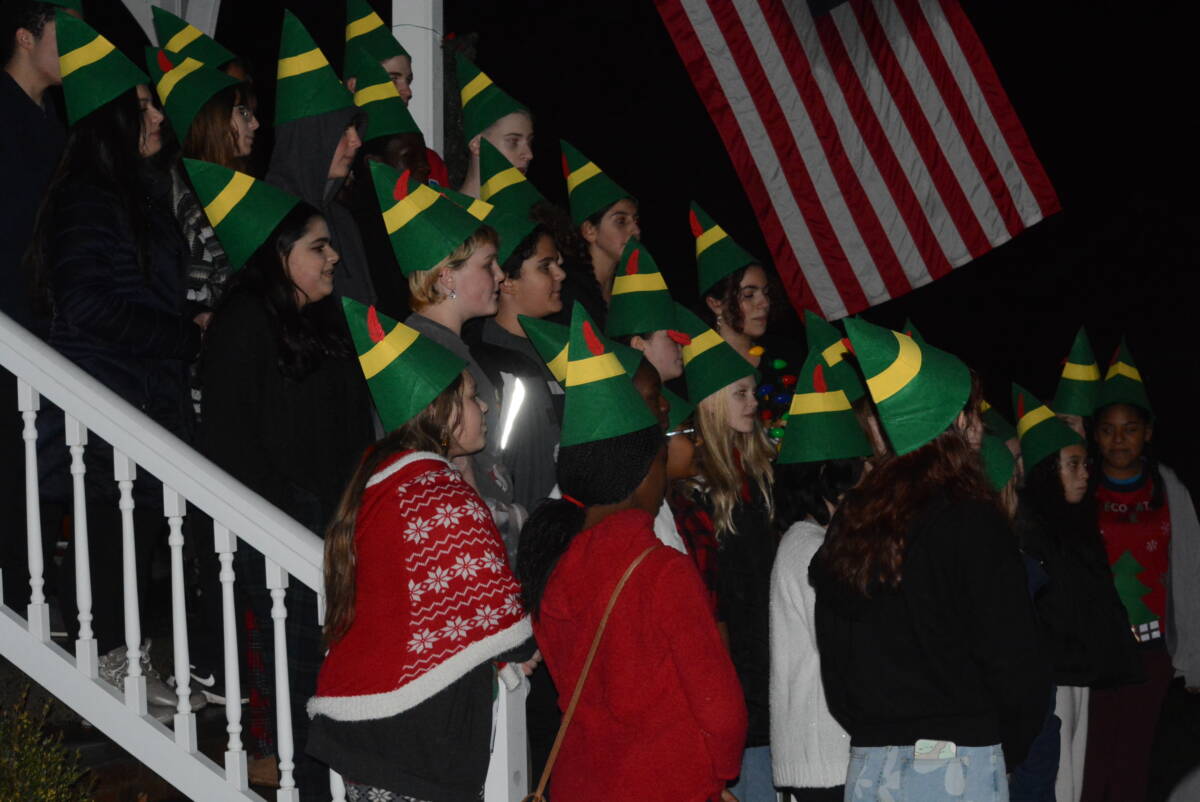 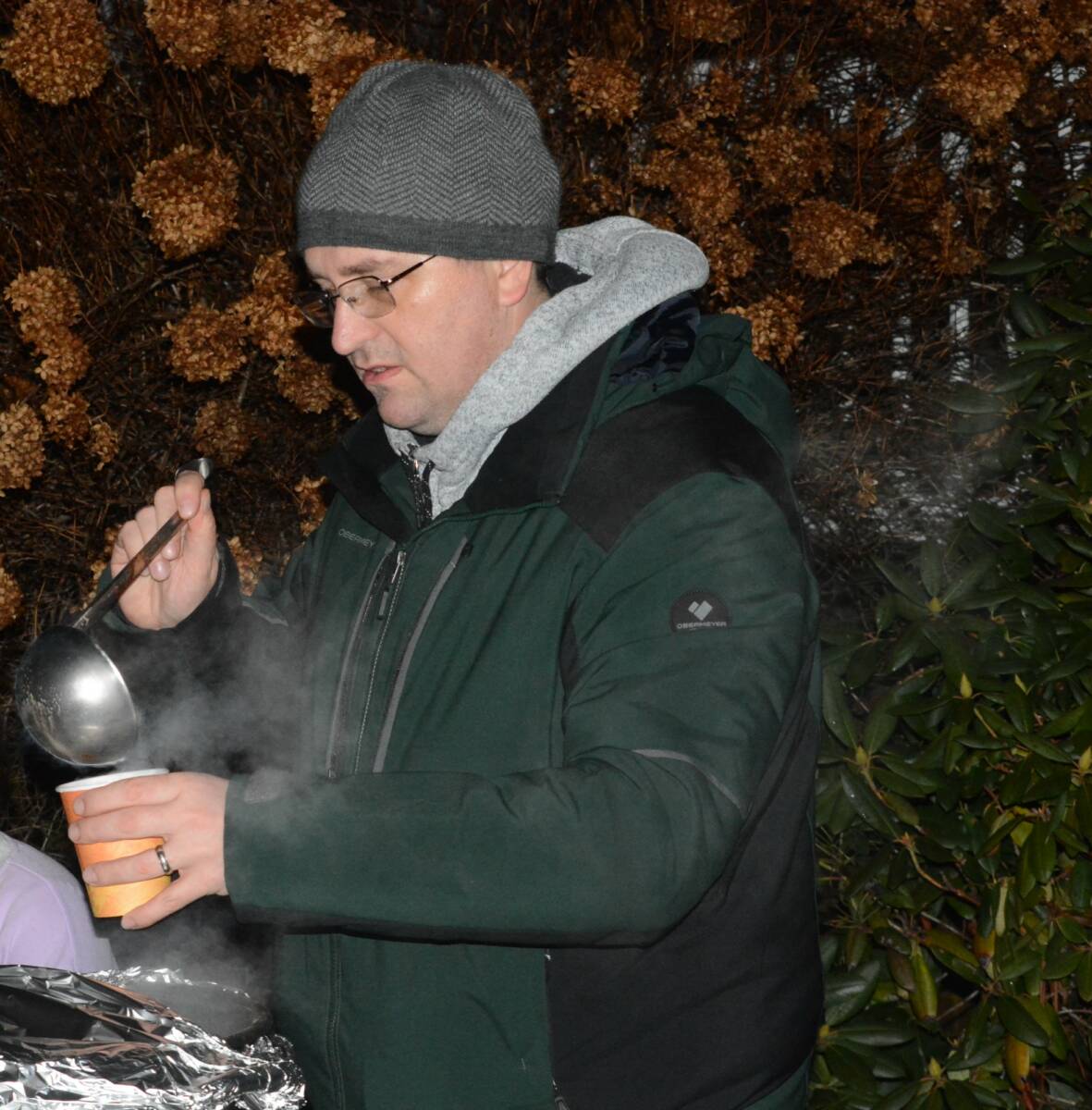 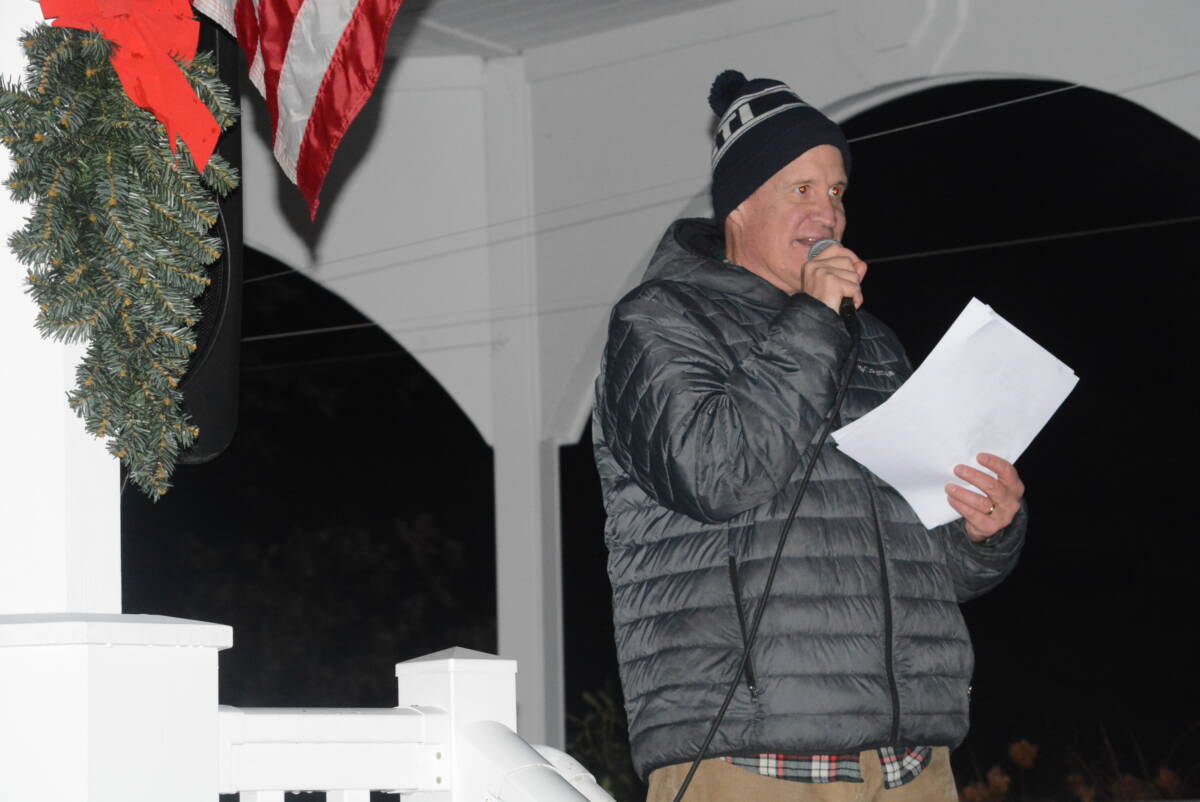 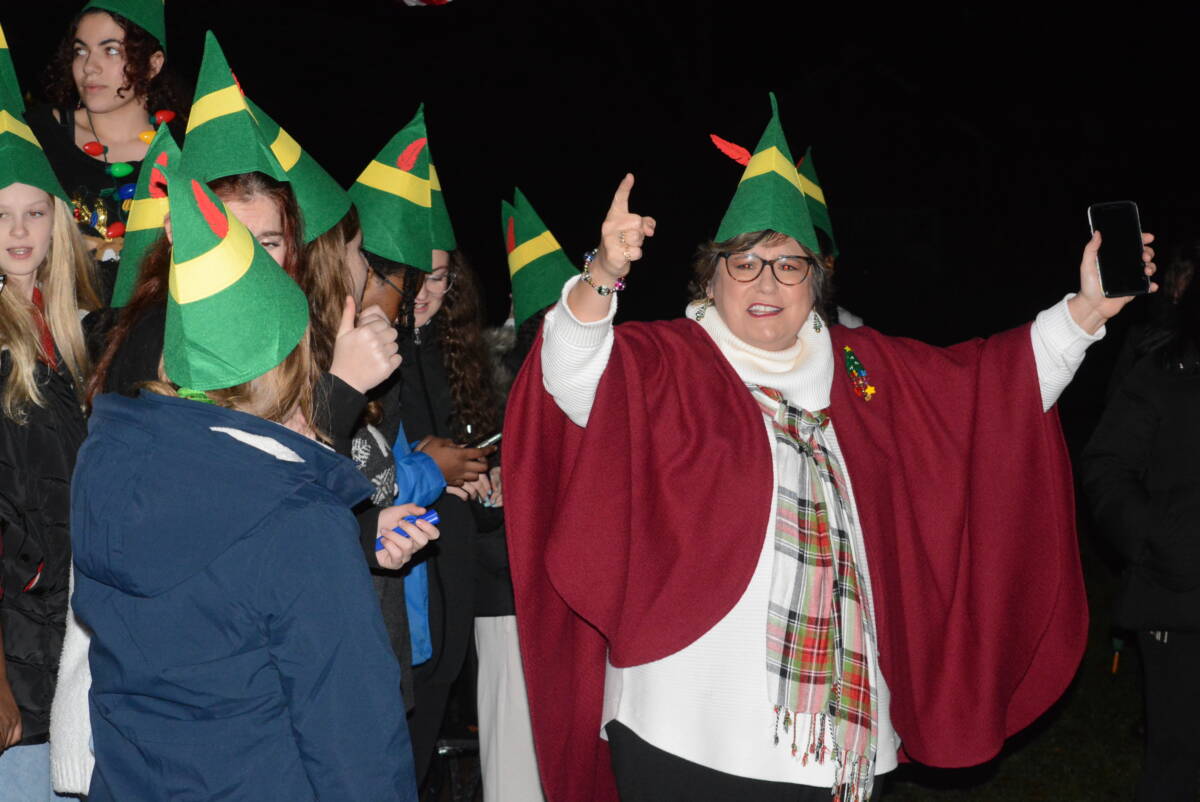 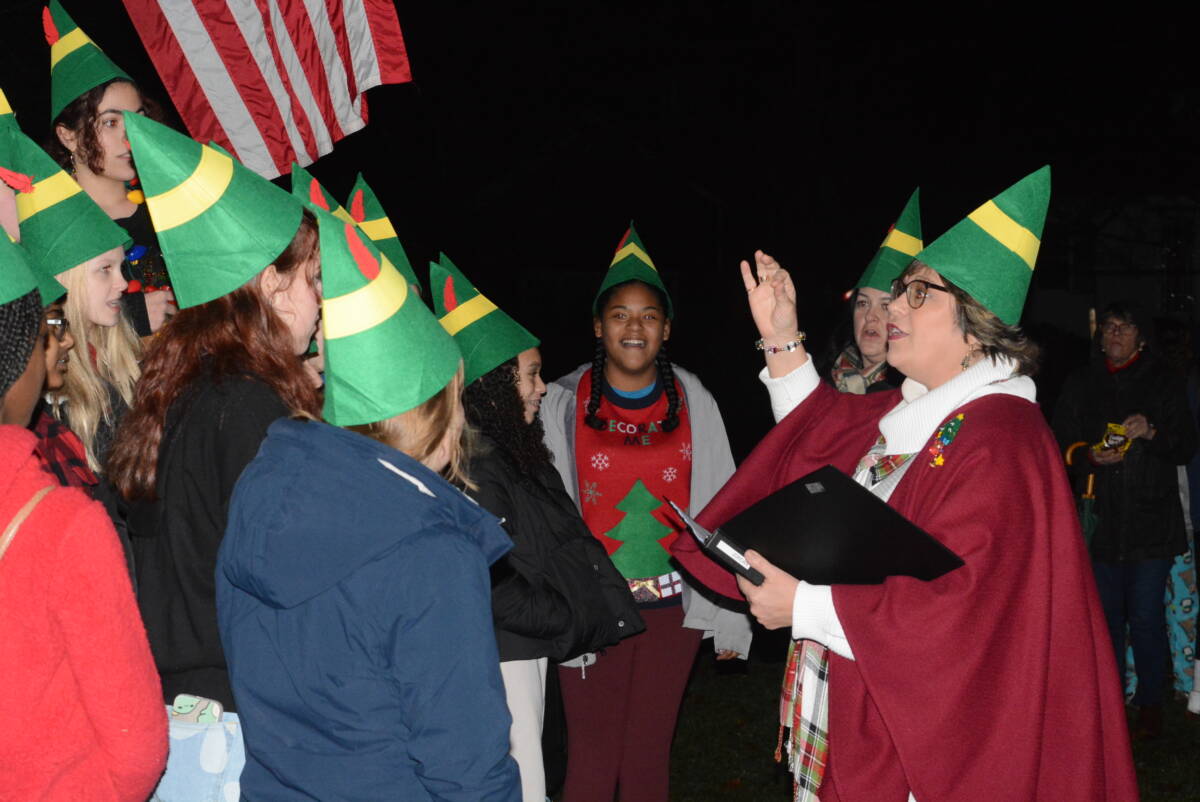 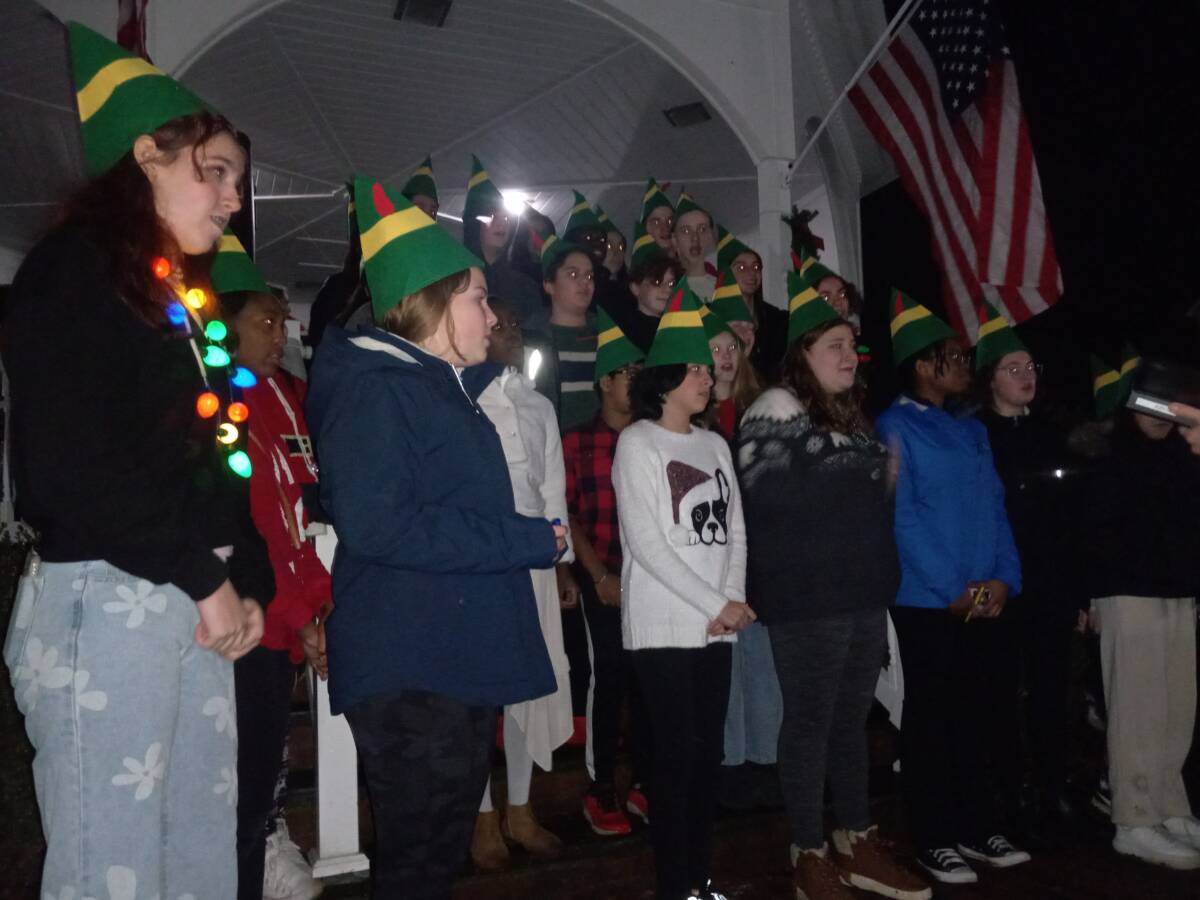