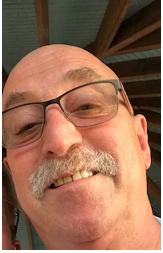 Sam was predeceased by his sister Gayle Curcio Faugno. He is survived by his loving wife, Nancy, his son David Curcio and his stepchildren, Jason Hall (Maureen), Kristin Bien (Jason), Dan Hall (Megan), and his grandchildren, whom he adored, Keller, Chloe, Audrey and Lily Hall.

He is also survived by his niece Kelly Ceci and Great nephew Gabriel Ceci.

Sam was a very talented mechanic and he owned three gas stations in the Greenwich area. He was friendly and outgoing with an infectious laugh and sense of humor and became longtime friends with many of his customers.

Sam began a career in sales and worked at Riverbank Volkswagen, where he continued to build lasting relationships with his co-workers and anyone he met along the way. Sam had a passion for Harley Davidson motorcycles and muscle cars, his favorite, was the 1966 Chevelle.

Sam met his wife, Nancy, many years ago when he worked as a mechanic for her father, Walter Crowle, at Toyota of Greenwich. Sam and Nancy reconnected, fell in love and spent 13 wonderful years together. The couple loved traveling to their favorite spots: St. Martin, Aruba and the occasional Crowle family Cape Cod vacation.

In 2013, Sam and Nancy moved to Monroe, where they shared a beautiful home together. Later in life, Sam was proud to work at All-Star Transportation in Monroe, where he was able to support students with special needs.

In his spare time, he loved working in the yard and in his garage repairing cars, and relaxing with Nancy and their adopted rescue dog, Harley.

Sam will be missed by all who knew him. There will be a celebration of his life when it is safe to gather. To leave an online condolence, visit www.spadaccinofuneralhome.com.