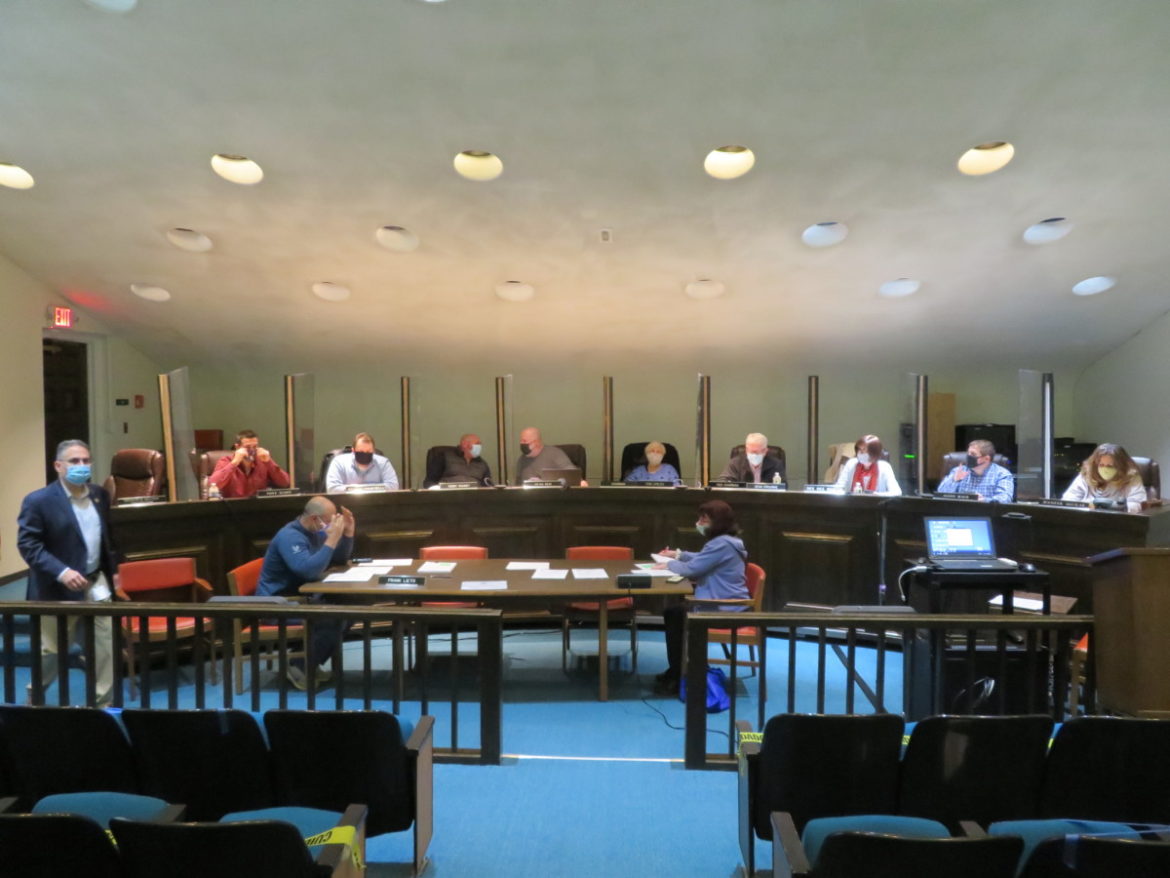 MONROE, CT — Town Council members unanimously approved the hiring of the Rosemark Law firm to provide legal expertise in negotiations with ARX Wireless, which plans to construct a 170-foot cell tower on town property behind the former Chalk Hill School.

ARX Wireless will need Town Council approval of a lease agreement with the town and site plan approval from the Planning and Zoning Commission.

“The town attorney identified a need for expertise,” First Selectman Ken Kellogg told the council at its meeting Monday. “We recommend Rosemark Law to represent the council.”

Prior to the 9-0 vote, Councilman Jason Maur noted the council’s Legislative & Administrative Committee went through the proposal from Rosemark Law, a Danbury law firm, and approved sending it before the entire legislative body.

In a letter to Town Attorney Frank Lieto on Oct. 22, Attorney Daniel S. Rosemark, Esq., said his law firm would assist in reviewing, drafting and negotiating contracts and other matters involving wireless communications facilities within the town of Monroe.

“I will be the attorney providing the legal services and am well versed in telecommunications-based transactions,” Rosemark wrote. “My billable rate is $300 per hour; however, I have agreed to reduce my rate to $225 per hour. As further discussed, no retainer will be required.”

“I look forward to working with you and the Town of Monroe,” he wrote.

ARX Wireless wants to construct the tower in the woods on a 72-acre town-owned property at 345 Fan Hill Road, just north of the Chalk Hill building. It would house antennas and equipment for Monroe’s emergency services with room for cellular carriers.

AT&T, which has had a cell on wheels (a.k.a. a COW) in front of Fawn Hollow Elementary School since December of 2012, has expressed interest in the tower and, if it is approved, an existing tower behind the Monroe Volunteer Fire Department would be removed.

Keith Coppins, one of the founders of ARX Wireless, a North Haven firm, said the new tower would improve poor coverage in that part of town, adding space would also be available for Verizon, T-Mobil and the Dish Network.

The town would receive revenue from leasing its property and benefit from having its emergency services equipment on the tower. First Selectman Ken Kellogg said a tower is needed, because the Connecticut Siting Council, which has jurisdiction over cell towers, has granted the town a couple of extensions for its COW, which eventually has to be removed.

Several neighboring property owners spoke in opposition of the tower during an informational meeting held virtually late last month. Health and safety concerns were expressed due to the close proximity to schools, homes and a hiking trail.

ARX Wireless agreed to fully assess alternate sites and Kellogg, who had arranged the public meeting, asked the firm to correct addresses on its test balloon photos to more accurately depict how visible the tower would be from different locations.