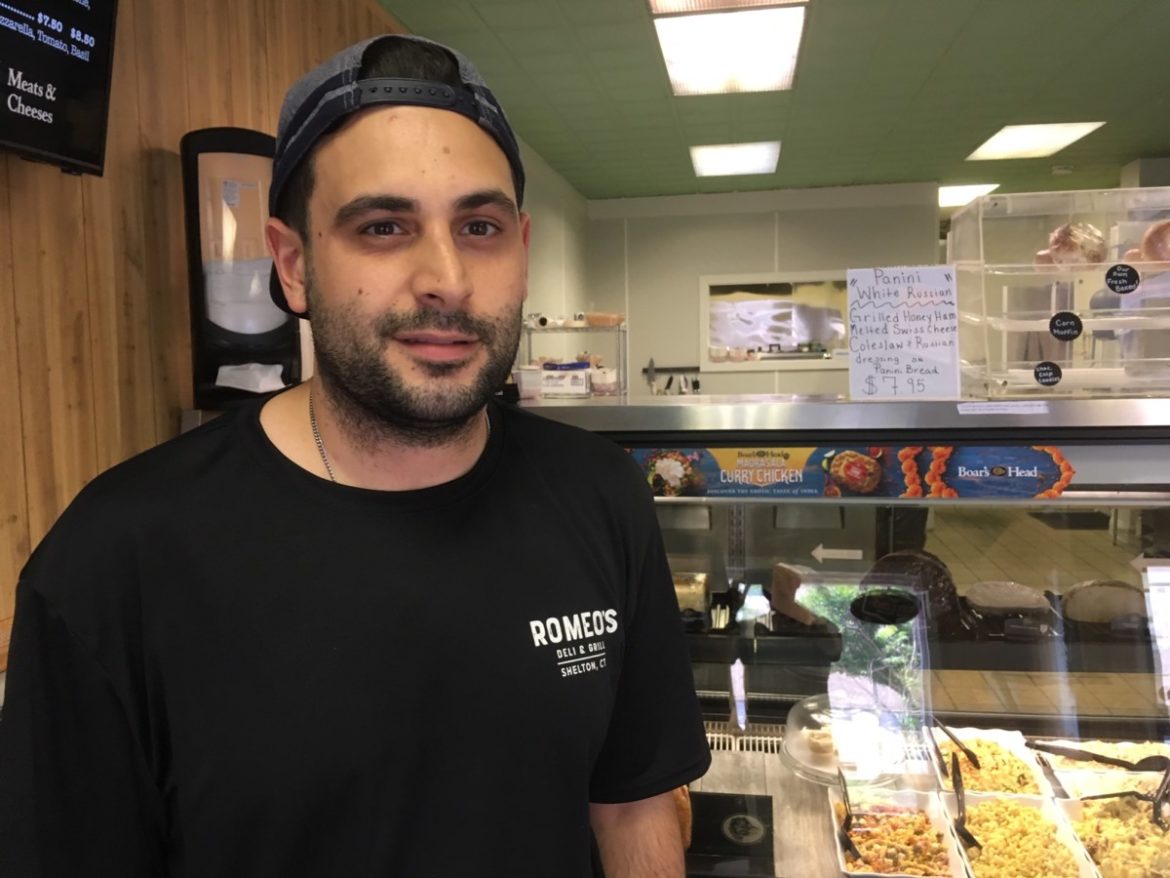 Michael Romeo, of Monroe, opened Romeo's Deli and Grill in Shelton two months ago and signed a contract to do the concessions for weekends and special events at Wolfe Park.

Town officials landed a concessionaire for Wolfe Park with a long family history in the food business. Michael Romeo grew up working at his father Rory’s deli in Norwalk with his brothers and sisters.

“Pretty much my whole life I’ve been working for my family and other delis,” Romeo, 30, said during an interview at his own business, Romeo’s Deli and Grill, 55 Bridge St. in Shelton, Tuesday.

Family photos inside Romeo’s Deli show father, Rory, behind the counter of Flax Hill Deli in Norwalk and another of the Seaside Drive-In building in Bridgeport, which Rory owned with Romeo’s grandfather and uncle.

Romeo’s grandfather ran the concessions at Cove Island and Cummings Beach in Stamford for three decades and his grandfather on his mother Laura’s side started Poricelli’s Food Mart with his brothers.

Romeo’s father ran the concession stand at Jennings Beach for 25 years, before Romeo took it over for a three-year-run. 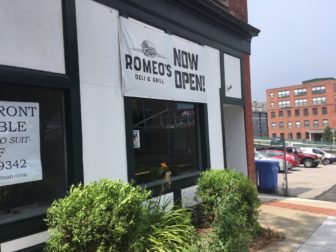 Romeo’s Deli and Grill is at 55 Bridge St. in Shelton.

“It was seasonal and I wanted something year-round, so I started this two months ago,” he said of Romeo’s Deli and Grill. “Then Wolfe Park seemed like a good opportunity.”

The full service deli also offers catering for all occasions.

“All of our salads are made fresh,” Romeo said. “Our meatballs and sausage and peppers — everything is made in-house.”

On July 15, the Town Council voted unanimously to approve a temporary licensing agreement with Romeo’s Deli and Grill to run the concessions at Wolfe Park until the end of the 2019 season.

The agreement will expire when the Monroe Lion’s youth football program ends in the fall. Then Romeo’s will have the option to extend its term to the 2020 season.

On Tuesday, Romeo said he definitely plans to extend the agreement to next season.

From now until Labor Day, Romeo’s will operate at the Wolfe Park Pool Fridays, Saturdays, Sundays and Mondays from 10:30 a.m. to 6:30 p.m.

Concessions were open for Friday night Concerts at the Park from 7 to 9:30 p.m. until the last one on July 26.

During the 2020 season, the hours of operation will be from Memorial Day to Labor Day during regular pool hours and during special events, including Character Dinner nights and youth football games, according to the agreement.

Romeo’s will pay the town five percent of gross sales during the 2019 season. In 2020, it will pay $3,000 in three equal installments on the first of June, July and August.

Kellogg said the agreement is meant to offset the town’s costs of providing utilities and staffing to clean garbage and maintain equipment.

“The primary goal is to provide a service in the most financially responsible way for the taxpayers,” Kellogg said.

The town did not find a vendor for Wolfe Park until later this season. The first selectman said the town put out a request for proposal well before the park season, sending a letter to every licensed food establishment to ensure Monroe businesses had an opportunity to do it.

However, for a variety of reasons, Kellogg said it took longer for a deal to be struck this year.

Romeo grew up in Norwalk, but he and his wife Arielle moved to Monroe a year-and-a-half ago. Arielle is expecting twin daughters in October.

Romeo said he just took over the catering of Wolfe Park two weeks ago.

“It’s a beautiful park. I’m excited for the community I live in to get to know me and see we prepare great food,” he said. “We try to have a menu with something for everybody.”

Right now, Romeo said he is offering a limited menu with burgers, hot dogs, and grilled cheese. “Next year we will expand it with premade sandwiches and more deli food,” he said.

Romeo said what he likes most about the food business is hearing positive comments from his customers, whether it be about the quality of the food or the service.

“We’re here early and we’re grinding,” he said with a smile, “so it’s always good to get those compliments.”