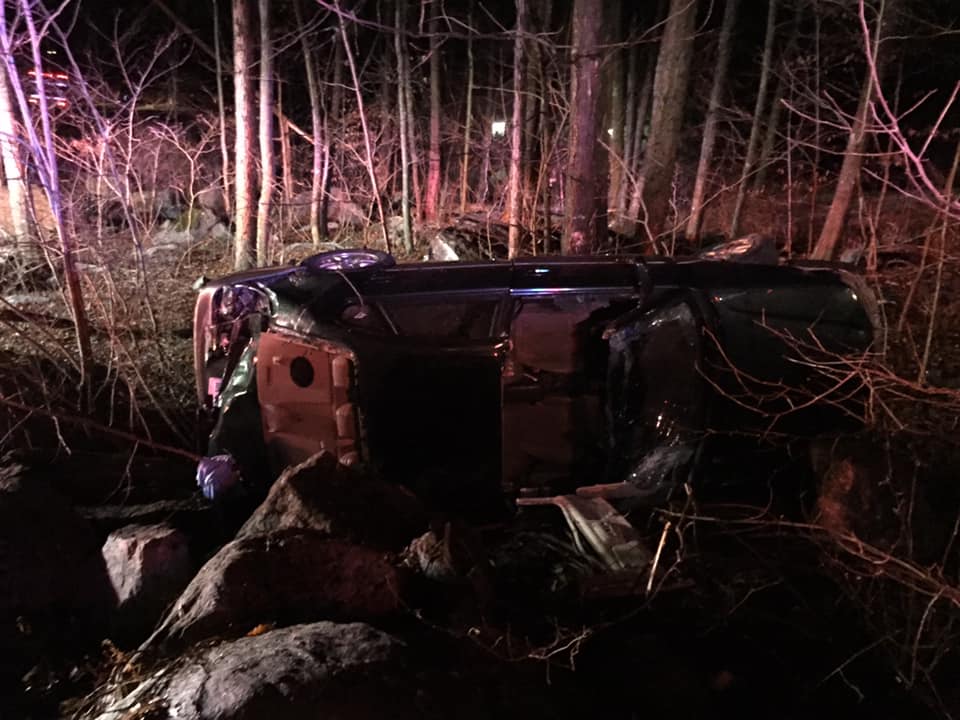 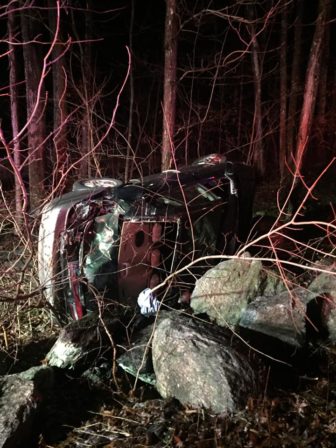 Police and firefighters responded to a rollover crash at the intersection of Hattertown and Guinea roads that trapped the driver inside the vehicle Thursday night.

Police identified the driver as Benjamin Brian Cleary, 23, of 26 Saxon Road in Bethel. Stepney Volunteer Fire Department reported that firefighters performed an extrication to free Cleary from the damaged vehicle.

Cleary sustained minor injuries from the crash, which was reported around 7:11 p.m., according to police.

Stepney firefighters shared photos of the crash on their Facebook page.

A Stratford man was arrested on a warrant Monday, charging him with DUI stemming from a two-vehicle-crash on Aug. 26, 2017.

John Blowers, 49, of 250 Wellington St., was charged with operating a motor vehicle while under the influence of alcohol or drugs and following too close. He was released on $500 bond for a Feb. 20 court date.

At around 2:26 p.m. on Aug. 26, 2017, police received a complaint of an erratic driver, who allegedly was all over the road in his Nissan Altima, hitting the curb a couple times and nearly crashing into a utility pole and a mailbox, before rear-ending a Toyota Sequoia in the 750-block of Main Street (Route 25).

The driver, Blowers, seemed confused by what happened and was stumbling when officers escorted him to the side of the road to be treated by Monroe Volunteer Emergency Medical Service personnel, according to police.

While waiting for an ambulance to arrive, officers observed that Blowers had pinpoint pupils, spoke with a slurred speech and was swaying while he stood, police said.

Due to Blowers being unable to answer questions and his altered mental status, police said he was taken to St. Vincent’s Medical Center. Police said 15 empty Suboxone sublingual film packets were found in the center console of the car, but Blowers had a prescription for it.

Superior Court granted a search warrant to test blood or urine samples taken from Blowers while he was evaluated at the hospital and the results determined he was under the influence, according to police.

Stratford police officers picked Blowers up on Monday and turned him over to Monroe police on their warrant.

Stolen in the mail

A Shelton woman told police she mailed a package containing an iPhone 11 to her friend from the U.S. Postal Service in Monroe, but it never made it to its destination. Instead, it was sent back to her home with the phone missing.

Police referred the case to the Postal Inspector.

Monroe Congregational Church reported that someone posing as their pastor emailed staff Wednesday, requesting a bank account change for the next pay period.

Police said church staff members called the pastor to verify the change and she told them she did not make the request. It was later found that the email address was not the one the pastor uses.

The bank account was not changed and no personal information was given to the con artist.