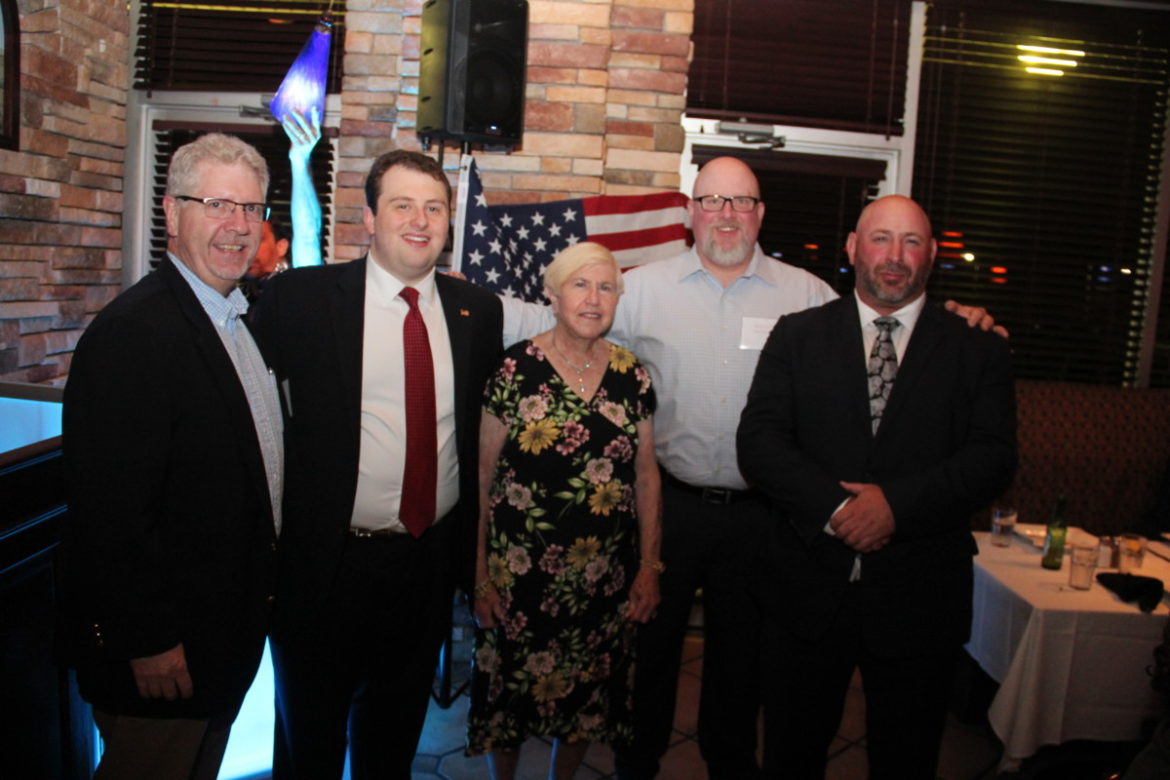 Vazzy’s Osteria was jam-packed with over 100 energetic supporters of Republican municipal candidates at the party’s Fall Fundraiser Tuesday night.

First Selectman Ken Kellogg, the Republican incumbent, is unchallenged this year, but the election will include a fight for party control of the Town Council and a two-way-race for town treasurer.

Through long term planning, the first selectman said his administration is working hard to control taxes, improve services and invest in the town’s infrastructure in a financially responsible way.

“What an amazing team we have,” Kellogg told his supporters. “Everyone here tonight, I can’t thank you enough, because together we are getting the job done. Taxes in Monroe are lower than they were two years ago.” 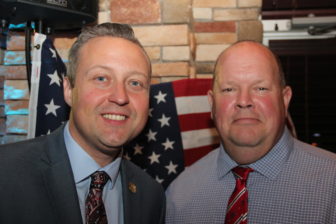 Alluding to Democrats pointing out “for lease” signs along Monroe’s commercial thoroughfares of routes 111 and 25, Kellogg said, “and don’t be fooled for a moment, we are driving economic development in town.”

Kellogg said he has recently participated in at least a dozen ribbon-cuttings for new businesses, adding, “and we’re scheduling them all the time.” He pointed to small businesses who choose to stay in Monroe and NEHDS Logistics, which moved its corporate headquarters to town.

“We are getting it done,” he said. “There are a lot of businesses moving to Monroe and staying in Monroe — and there’s plenty more on the horizon. We’re meeting constantly with developers and commercial brokers who have ideas that they’re trying to propose.”

“I cannot do it all,” Kellogg said. “I am incredibly thankful to everyone in this room for your support. We need to get the vote out, because we need to keep moving this town forward. Let’s get the vote out in November.” 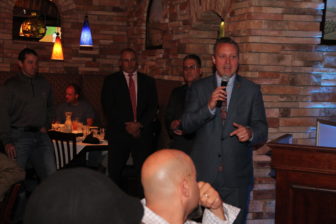 Republicans have enjoyed a six-to-three majority on the Town Council for many years, but that is under threat from Democrats putting up candidates for every seat they can contest.

“Everyone here loves Monroe,” Sredzinski said. “It doesn’t happen by itself. It happens with strong, smart, intelligent leadership that is persistent. Ask any of the people on the Town Council, the Board of Finance, Board of Education and the First Selectman’s Office. This is a nonstop job and it requires a lot of attention.”

“Under the leadership of our selectman, Ken Kellogg, we have seen Monroe regain positive, forward momentum on many fronts,” Rooney said, “and with community support, we look forward to keeping that momentum. Thank you Ken, maybe that’s why you don’t have competition this year.”

“Tonight, however, is about the under-ticket, the people who have served selflessly week-after-week, night-after-night away from their families for not a single dollar,” he continued. “This is uniquely impressive, especially since we live in a time when altruism seems to be a rare character trait.”

Another prominent guest that night was J.R. Romano, chairman of the Connecticut Republican Party.

“I love my job, and that’s holding Democrats accountable,” Romano said, “and it’s easier when I have Republican-led towns like Monroe holding the line on spending, protecting its seniors and investing and growing their grand list. Show me a well run town in the state and I’ll show you a Republican mayor or first selectman.”