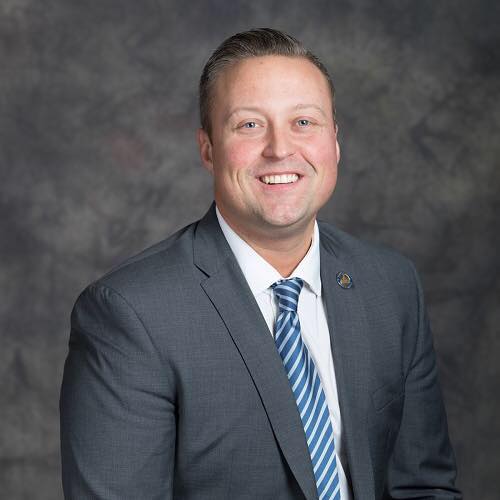 “It has been an honor serving the people of Monroe and Newtown for the past six years as their voice in Hartford,” he said. “I am thrilled to receive the Republican nomination to seek a fourth term.”

“We face many challenges as a result of the Covid-19 pandemic — on the local, state, national and global level,” Sredzinski continued, “the next few years will require steady, consistent leadership and I look forward to embracing those challenges and fighting for what is best for our communities and our state.”

Sredzinski is a member of the Legislature’s Human Services and Higher Education & Employment Advancement committees. He also serves as ranking member of the Public Safety Committee. Sredzinski was appointed to the leadership team in 2019, when he was named a House Republican Whip.

Prior to winning a seat on the legislature, Sredzinski was on the Monroe Town Council from 2005 to 2014, serving as chairman from 2013 to 2014. He has also been chairman of the Monroe Police Department Building Renovations Committee, secretary of the Town Council Finance, Education, Health and Public Safety Committee, an appointed Member of the Connecticut Emergency Medical Services Advisory Board and is currently a Justice of the Peace.

He is a Monroe resident of 17 years, who holds Bachelor of Arts and Master of Public Administration degrees from the University of Connecticut. Sredzinski is currently the public safety dispatch supervisor for the town of Stratford.