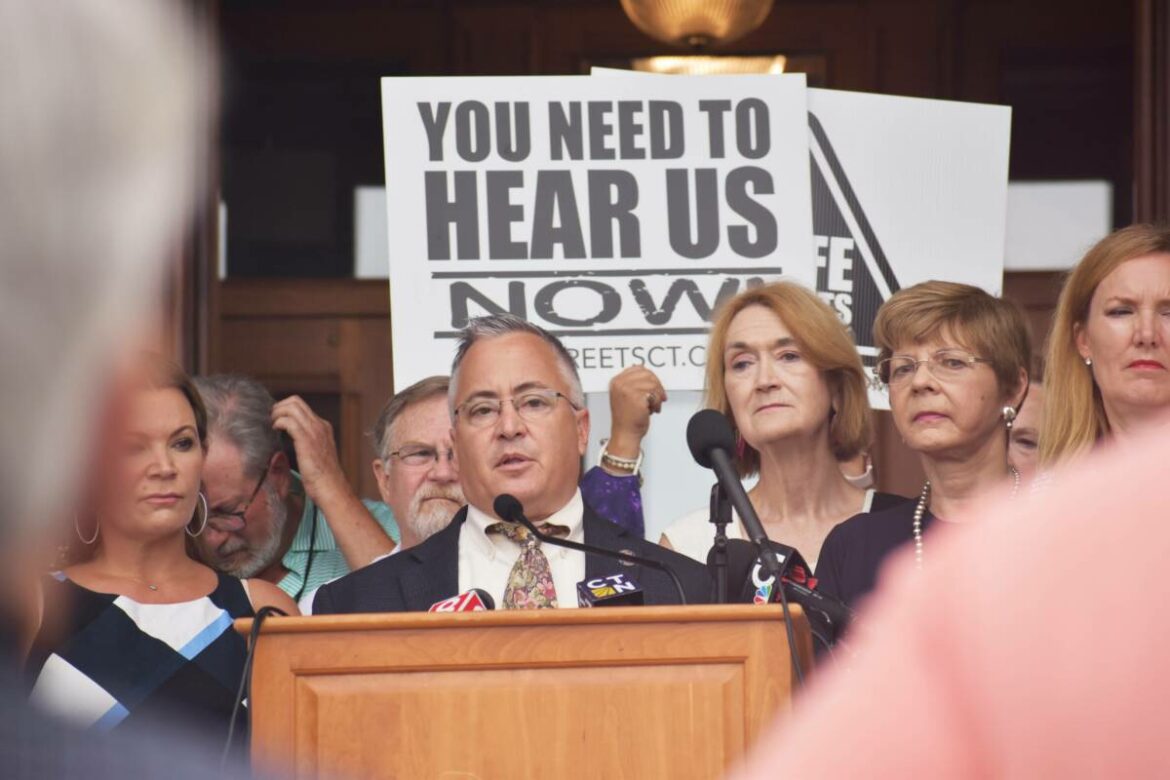 HARTFORD, CT — Many city youths who are arrested for targeting neighborhoods in Monroe and other towns for car thefts, and thefts from motor vehicles, are soon released only to repeat the same crimes again.

Republican state legislators are decrying the “emergency of juvenile justice” in Connecticut due to these and more serious offenses. Several held a press conference on the North Steps of the Capitol Tuesday to present a plan to address the problems.

“I constantly hear, ‘lock your cars,’ then, ‘you shouldn’t have left that thing in your car,'” Fishbein said. “Quite frankly, just because I don’t lock my car is not reason to ransack it or to steal it — or to do anything else.”

During Tuesday’s press conference, Fishbein said Republicans’ main goal is not to lock children up.

“Today Republicans are presenting juvenile justice reforms,” he said. “But let me be clear, we are not in favor of incarcerating a child just because they steal their first car. Those children should have programs available to them and we should be trying to get them into those programs quickly.”

Rep. Tony Scott, R-112th, joined his colleagues in backing a list of legislative proposals to reform the state’s juvenile justice laws and seek accountability for the victims of Connecticut’s summer juvenile crime wave. 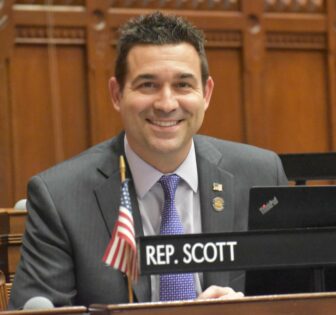 Scott represents Monroe and a portion of Newtown. Monroe, his hometown, recently had a rash of thefts, with over 20 cars entered by thieves in one night with three vehicles reported stolen.

“We are finally taking steps towards getting the accountability that victims of crime in this state deserve,” Scott said in a press release. “After today, it is no longer acceptable to simply warn residents to lock their cars and call 9-1-1 — whether the Democratic majority party support these comprehensive public safety proposals or not, they deserve a vote in a special session before the end of this summer.”

“And if you support more realistic sentencing guidelines for judges and prosecutors in this state, if you support getting more data on youth recidivism and how circumstances in the home contribute to it, and if you support the opportunity for a victim of a car theft to share their experience during a juvenile court hearing, you can’t wait on the sideline any longer,” he continued. “All members of the House should support our ongoing petition effort for a special session on this topic, or start putting forward their own solutions.”

The proposed reforms include:

Though juvenile crime was a focus for House Republicans heading into the 2021 legislative session, it ended without substantial progress in reforming juvenile justice laws, according to Scott.

The Republican proposals can be found at www.stopcarthefts.com. Republican legislators are asking members of the two Democratic legislative caucuses to sign their petition, initiate a special session and begin debate on these proposals.

‘Not a partisan issue’

On Tuesday, Rep. Vincent Candelora, R-86th, the House Minority Leader, said Republicans held the press conference in response to mischaracterizations of their proposals by Democrats.

But, when a reporter pointed out that some House Democrats agree with the proposals, Fishbein said, “we certainly had a lot of support from the other side of the aisle.”

“This is not a partisan issue,” Candelora said. “This is affecting her district and many Democrat districts in the area.”

“This is not a party issue to me,” Barry said from the podium. “This is a public safety issue and I stand with my community. My community is demanding action and I hear them, and that is why I am here today.”