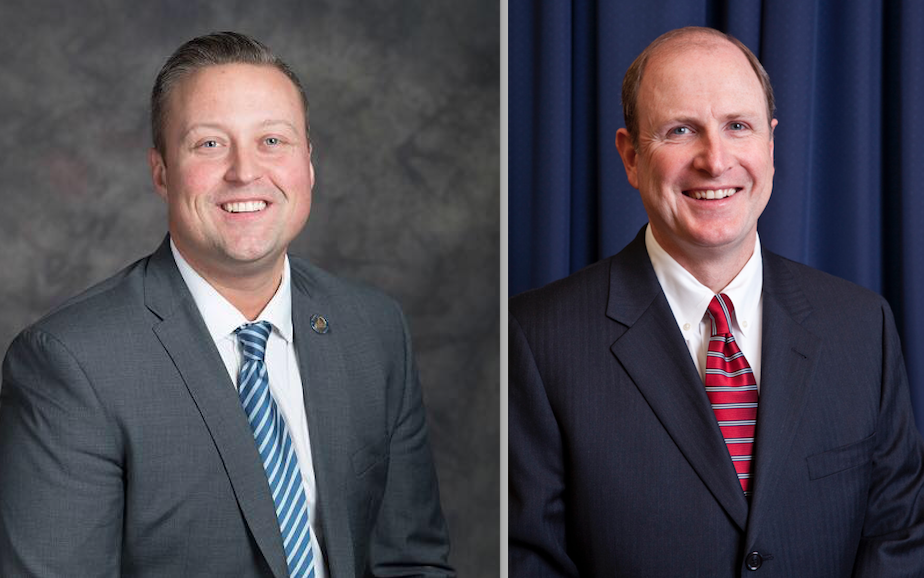 MONROE, CT — Sen. Kevin Kelly and Rep. J.P. Sredzinski are both Republican incumbents, who are running unopposed this year. Nevertheless, the legislators still took the time to answer three questions on state issues posed by The Sun.

What measures should the Legislature do to Connecticut do to spark its economy?

Kelly: We must reduce burdens and avoid tax increases on employers and families and work to make our state more affordable for all people. We need to make our state a place where jobs can grow and people can afford to live here.

We need to focus on education, the key to opportunity, as well as workforce training and creating a stable environment for small businesses to grow jobs and support their workers.

Sredzinski: The best measure the legislature should take to spark the economy is to simply get out of the way and allow businesses to do what they do best — create jobs, innovate, and thrive.

The last few years have been some of the most “policy unfriendly” years for businesses in our state. We should be encouraging growth and economic prosperity, not discouraging businesses from locating and growing here in Connecticut with high taxes and burdensome regulations.

How do you think the State is handling the COVID-19 pandemic?

Sredzinski: The State of Connecticut, overall, has handled the pandemic well compared to other states. However, there are a number of areas in which government could have done a better job.

The policies and procedures surrounding nursing homes were originally troubling, there were some restrictions on social gatherings that were a bit aggressive, executive privileges were extended longer than I felt necessary, and I still feel that Connecticut would have been safe to proceed with fall high school football.

However, we need to remember that while the state government put out information and guidance, it was the PEOPLE of the state who practiced social distancing, stayed home when they could, and were personally responsible during this pandemic. The people of Connecticut deserve the recognition for their actions during this pandemic for keeping our numbers as low as possible.

Gov. Lamont has done a decent job with the general population, but has failed the greatest generation: our seniors who are predominantly poor and women.

Not only does our state still have more deaths per capita than the national average (approximately double); but out of all the COVID-related deaths in Connecticut 74 percent of the deaths occurred in nursing home residents, nearly double the 40 percent national average and third worst in our nation.

The numbers are stark, but even more jarring are the countless stories from families about the decline of their loved ones when kept locked away in facilities that have, under one party rule, long suffered  from low Medicaid-reimbursement rates, improper PPE provided by the state, and a lack of focus by the state on the true epicenter of disease and death at the height of the pandemic.

Connecticut must do better for its residents most vulnerable to COVID-19: the elderly at nursing home facilities and those trying to age in place.

What is another issue Connecticut faces that you are passionate about and how should it be addressed?

Kelly: In addition to recovering jobs as described above, Connecticut absolutely needs to make health care a priority. Health care remains unaffordable and inaccessible for far too many people.

The pandemic has only made our state more unaffordable and highlighted the need to focus on health care.

I’ve proposed policies to control rising health care prices, to address the high costs of health insurance premiums, and to make prescription drugs more affordable. These proposals have been put on the back burner by Democrats power for far too long. Health care needs to be a priority.

I also believe strongly that any conversation on health care needs to include health equity to ensure all people have equal access to health care. We know that racial inequality exists in the healthcare system, but we don’t yet fully understand it.

We also know that the COVID-19 pandemic has disproportionately impacted minority communities. Access, affordability and equality in health care can be ignored no longer by CT Democrats.

Sredzinski: As the Ranking Member (lead House Republican) on the Public Safety & Security Committee, the safety of our residents is always top priority for me.

As someone who has been in the professional public safety field for 24 years, I am eager to continue the dialogue on how we as a state can improve police, fire, EMS and 9-1-1 operations. We should be doing this with a priority in supporting our first responders and allowing them to do their jobs safely and properly.

One specific area we can do further work on is the area of mental health for our first responders; particularly ending the stigma and allowing these professionals to feel comfortable seeking help.