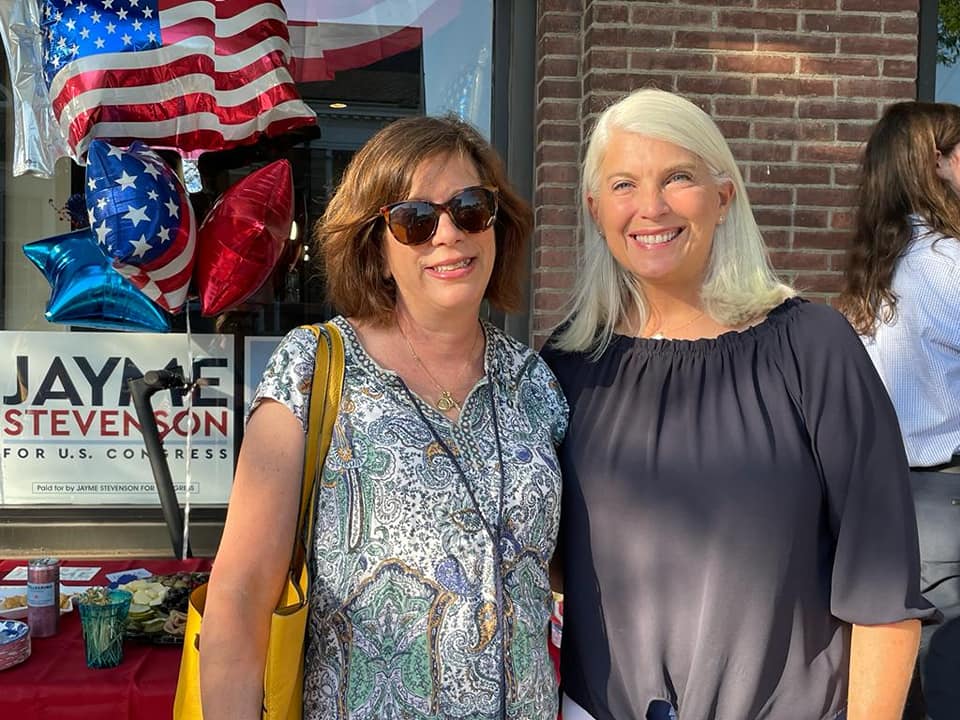 Jayme Stevenson, right, the former first selectman for Darien, talks to a Fairfield resident during the grand opening of her new campaign headquarters at 1326 Post Road Friday. 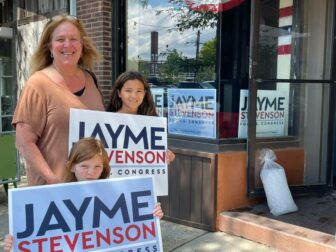 A supporter attends the opening of Jayme Stevenson’s headquarters with her two daughters.

“I’m excited to open my first headquarters office,” said Stevenson. “This office will serve as a key location, in the heart of the Fourth District.”

“It is important for me, my campaign staff and volunteers to have a presence and meet with voters to execute our strategy and bring back common-sense leadership in Congress for Southwestern Connecticut,” she said.

On May 5, Stevenson won the Fourth Congressional District Republican convention with the overwhelming support of 90 percent of the district’s 17 towns and cities. Michael Goldstein, a doctor living in Greenwich, is seeking signatures from Republican voters in an attempt to force a primary. 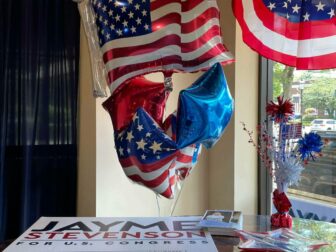 Stevenson previously served as the town of Darien’s first selectman for 10 years, where she kept property taxes among the lowest in the state, according to a press release issued by her campaign. 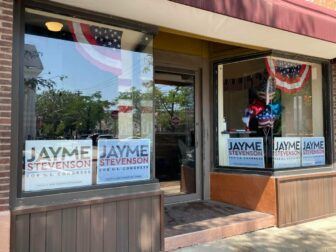 Jayme Stevenson’s campaign headquarters is at 1326 Post Road in Fairfield.

Stevenson currently serves on the board of directors of LifeBridge Community Services, a community-based behavioral health, youth development and family resources organization in Bridgeport.

She also serves on the board of directors of Stamford Emergency Medical Services and is an active member of the Stamford-Norwalk State’s Attorney’s Community Engagement Board.