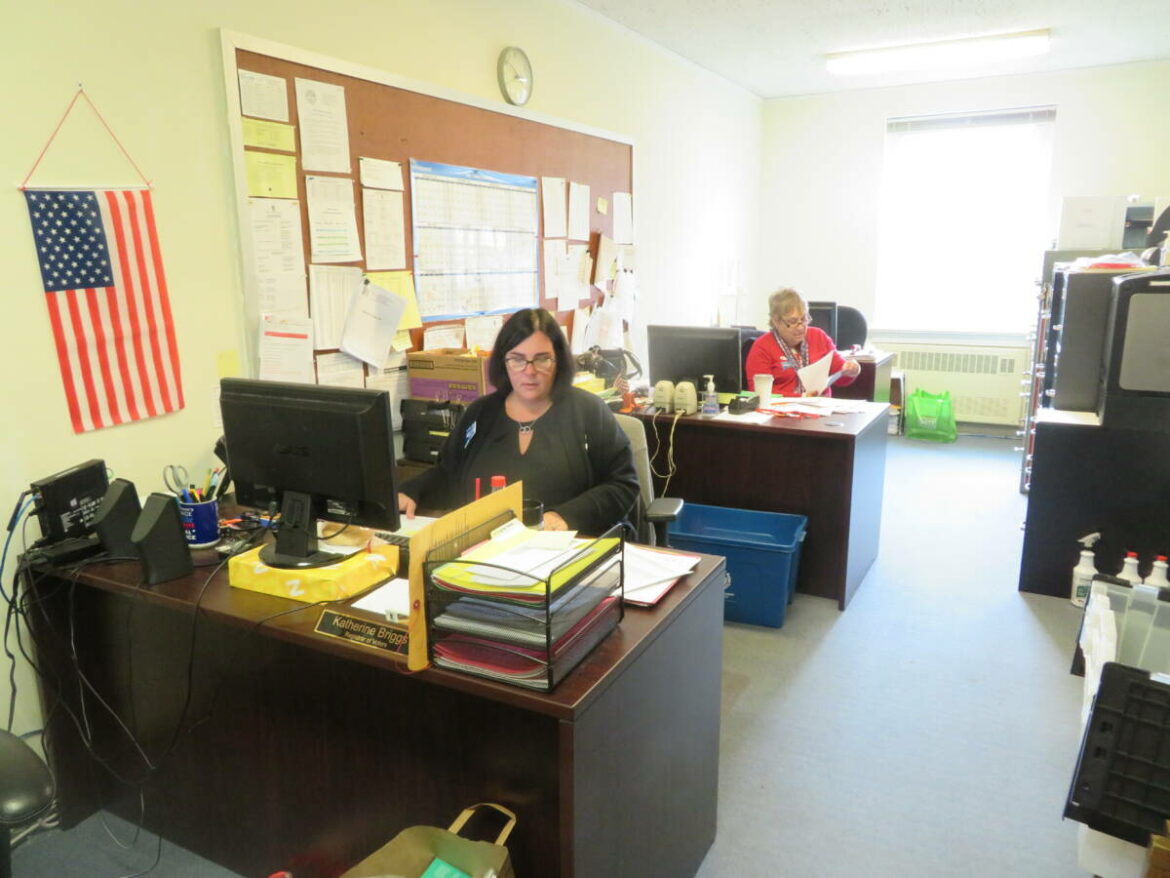 The town's registrars of voters work in their office on Election Day, from left is Katherine Briggs, Democrat, and Margaret Villani, Republican.

MONROE, CT — Town registrars conducted a recount in districts 1 and 2 when participating electors and the number of ballots cast during Tuesday’s Municipal Election did not match up. The problem was corrected and the results were finalized Wednesday, but some voters were left to wonder why there was a discrepancy at all.

The following is a joint statement released this afternoon:

After the Polls were closed on the evening of the Municipal Election on November 2, 2021 it was discovered that at District 1 (Fawn Hollow) and District 2 (Stepney Elem.)  there was a discrepancy between the numbers recorded for the number of electors who voted and the number of ballots cast. This discrepancy amounted to 28 ballots.

It was determined that this was due to the ballots containing Write-In votes mistakenly run through the machines twice.

The Secretary of State’s office was contacted and we followed their instructions. These errors were corrected by putting all of the ballots for these districts through their respective machines on Wednesday, November 3rd. The number of voters and ballots cast matched.

This was witnessed by the two Registrars of Voters, two Deputy Registrars, the Election Head Moderator and the Moderators for the two districts.

The final official vote results may be found on our website: Monroect.org/registrars-of-voters, Any questions may be directed to our office 203-452-2820.

The final numbers can also be accessed by clicking here.