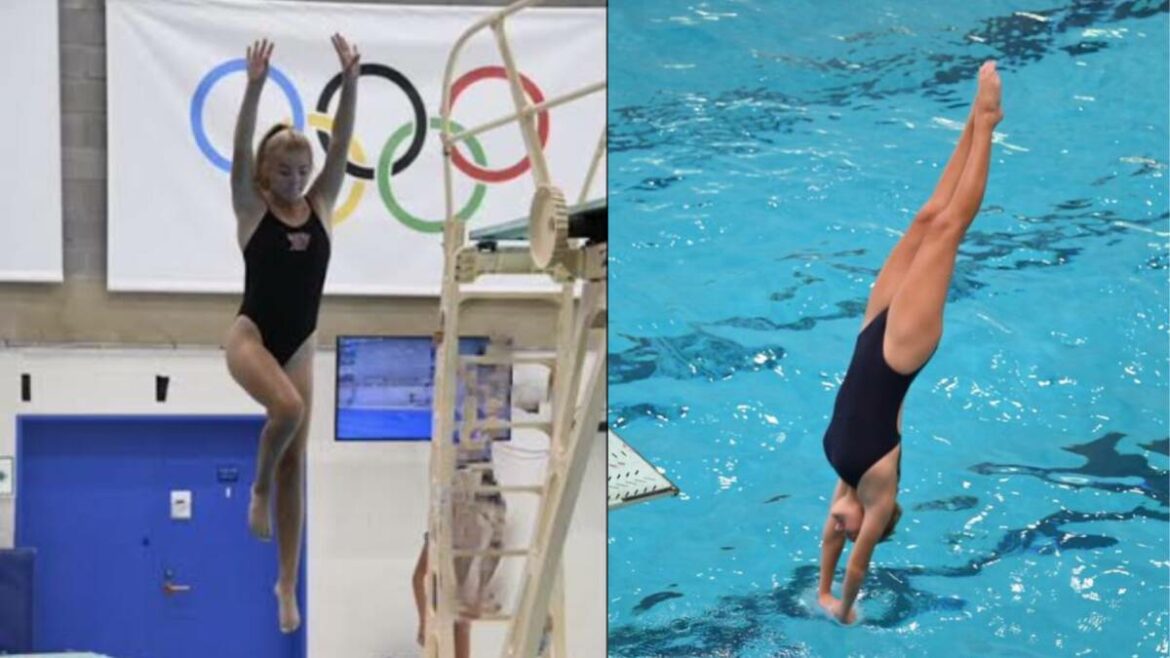 Kate Wittenauer, a Masuk junior, is a standout diver and her school's record holder.

MONROE, CT — Divers try not to make a splash when they hit the water, but Masuk High’s Kate Wittenauer can’t help but make a big splash – in a manner of speaking that is. The Masuk junior standout diver is a school record holder. 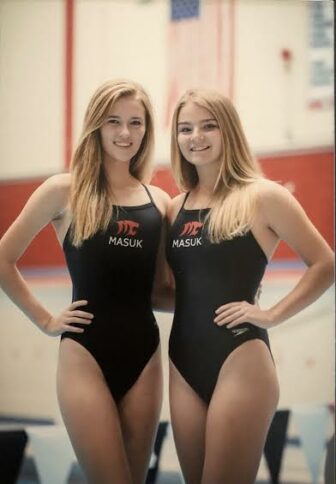 Kate Wittenauer, right, with her sister, Carrie, who also competes on the diving team. Photo by Kim Henderson

Wittenauer continues to pile up success. She placed fifth in the Class M State Championships, diving to a score of 362.95 in the Nov. 11 competition, held at Sheehan High in Wallingford.

The Masuk diver represented the Panthers in the State Open, held in Middletown on Nov. 18. She placed 18th with a score of 346.55.

“It has been very exciting to break records. This was my big goal ever since freshman year. I would always look up at the record board during practice and think about how cool it would be to have my name up there some day,” Wittenauer said.

“Kate is very competitive with herself,” said Masuk Diving Coach Jess Konkol. “She sets her goals high and is very motivated to achieve them. Kate joked that she was losing sleep over the thought of not breaking the 11 dive record at SWCs this year. I am sure she will set higher goals and continue to break her own records when she is a senior next year.”

Wittenauer loves that diving is such a unique sport.

“I love to push myself and try new, more difficult dives. I have always had no fear when it comes to trying new things. This past summer, I attended a dive camp with retired U.S. Olympic Coach Dick Kimball and retired Chinese Olympic Coach Zhihua Hu. It was an amazing experience working with both of them. My favorite is the 3 meter springboard,” she said.

Wittenauer has been diving for six years. She started in seventh grade by participating in a Parks and Rec Program with Konkol. 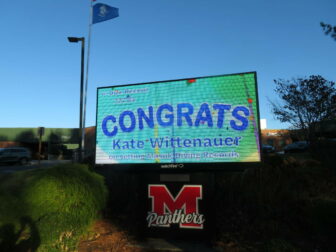 “I instantly fell in love with the sport. This year, I joined Whirlwind Diving Club in New Canaan. I have been training five days a week and it has really given me a leg up with my high school diving,” the Masuk junior said.

Wittenauer is looking to keep it up at the collegiate level and is in contact with multiple schools.

“I am very excited to see what the future holds for my diving career,” she said.