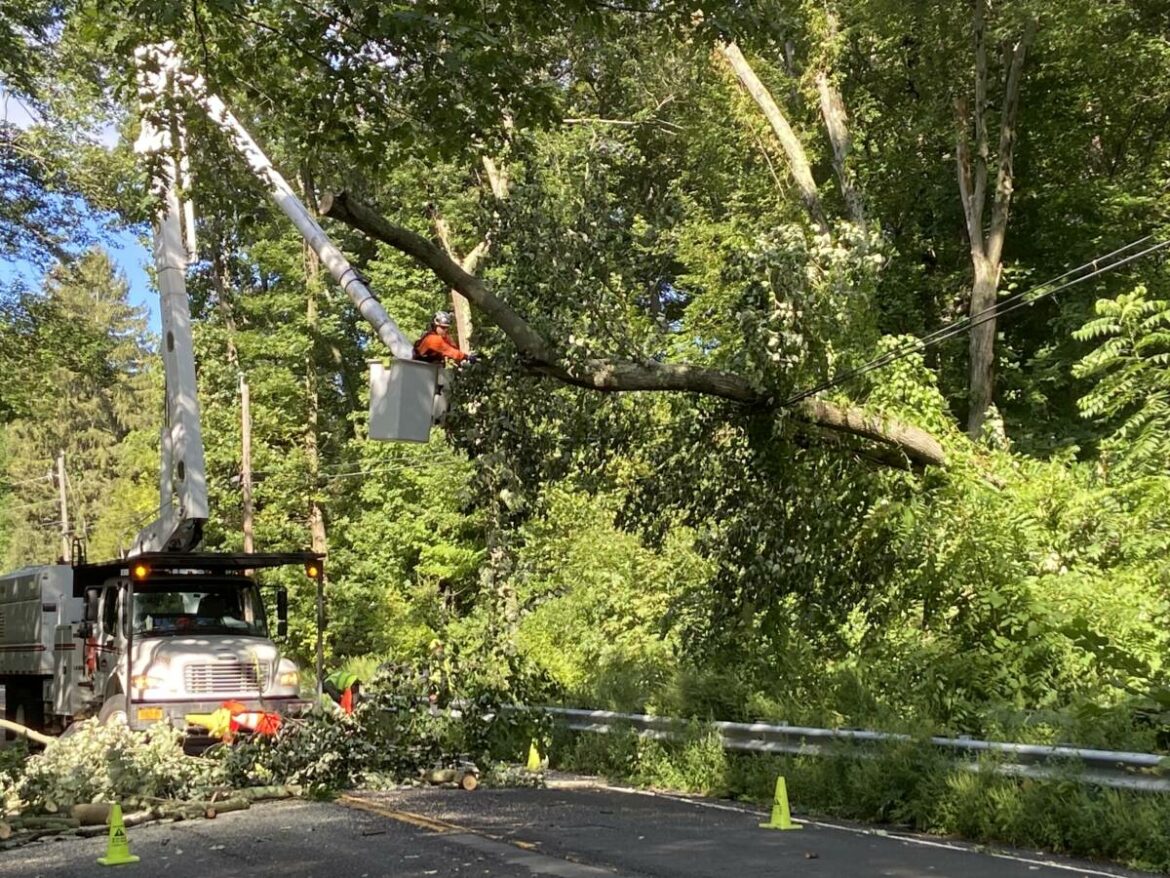 A tree crew removes a tree leaning on wires and blocking a portion fo Route 110 at Osborn Lane Thursday morning.

UPDATE: 11:54 a.m., First Selectman Ken Kellogg said Turkey Roost Road, which was damaged by flooding, is now the only impassable road in town.

“DPW is actively working on a temporary repair, so we can open the road,” Kellogg said.

Kellogg also said the power outages are now down to 290 of Eversource’s Monroe customers.

As of 11:10 a.m., Eversource’s outage map showed 708 Monroe customers without power, accounting for 8.86 percent of the power company’s 7,994 town customers.

“Eversource has confirmed that crews are evaluating outages and restoration crews are assigned and responding to Monroe,” First Selectman Ken Kellogg said in a storm update issued Thursday morning.

The first selectman said most roadway issues have been resolved, though some roads remained impassable.

Police said a crew cleared an impassable portion of Route 110, where a tree was leaning on wires at Osborn Lane. Wires were in the road between 160 and 167 Pepper Street, but that was also resolved and the road was opened to traffic.

Crews are still working to open a portion of Turkey Roost Road, from 236 to 242, which flooded, damaging pavement. Police also said wires came down on Old Zoar Road, between 360 and 365, adding the road is still closed.

When reporting issues and concerns, Kellogg reminds residents to call 911 for emergencies and to contact their utility provider directly to report losses of service:

Pat O’Hara shared photos of the repair of wires on Route 110 Thursday morning: 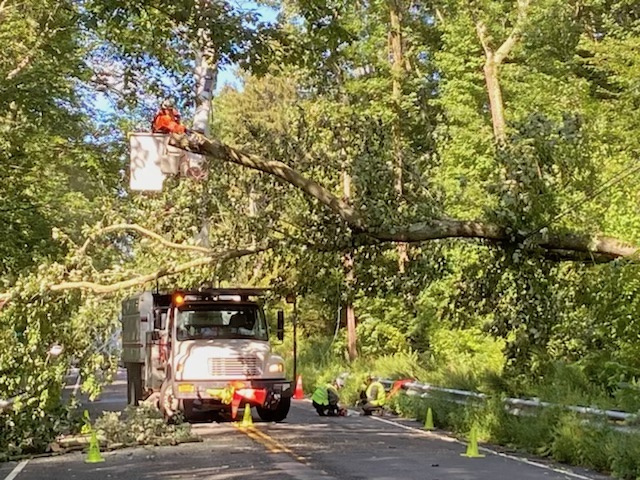 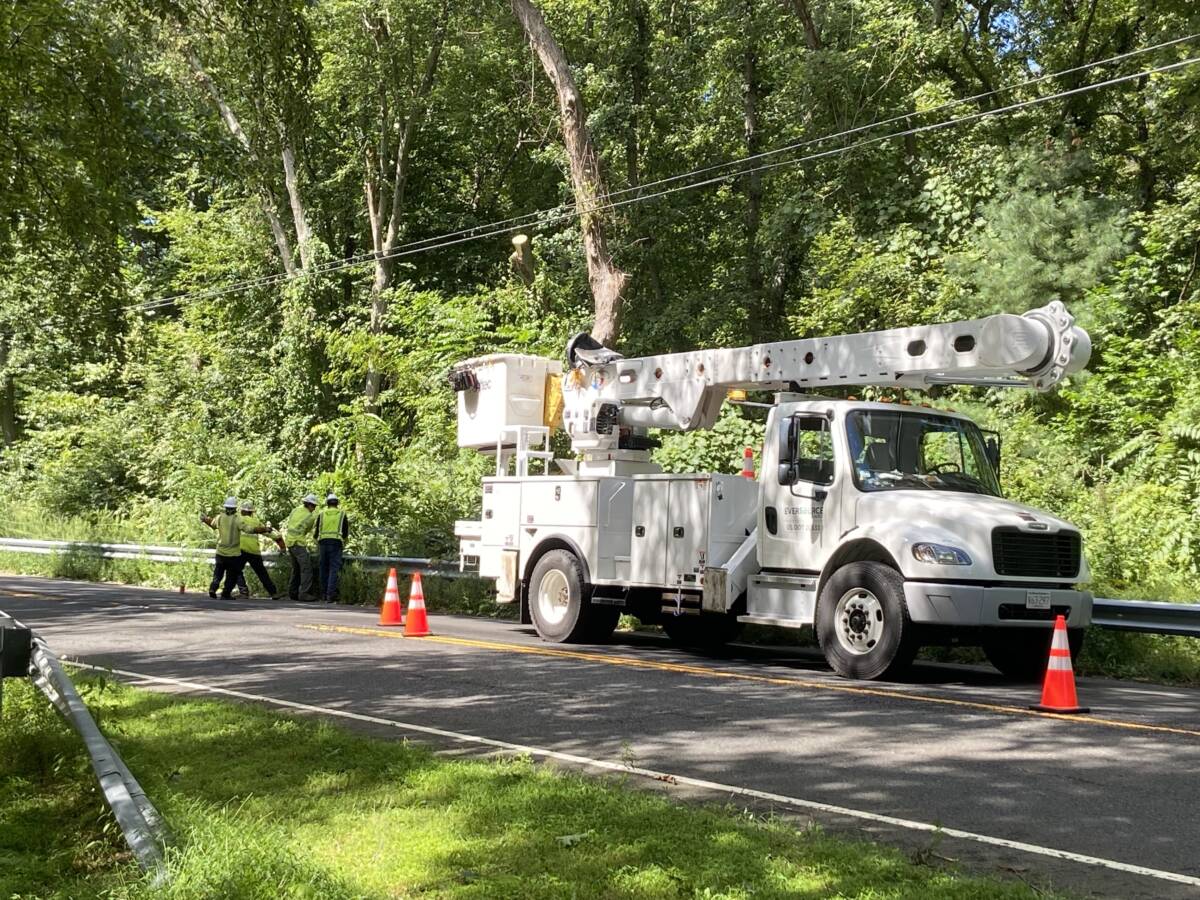 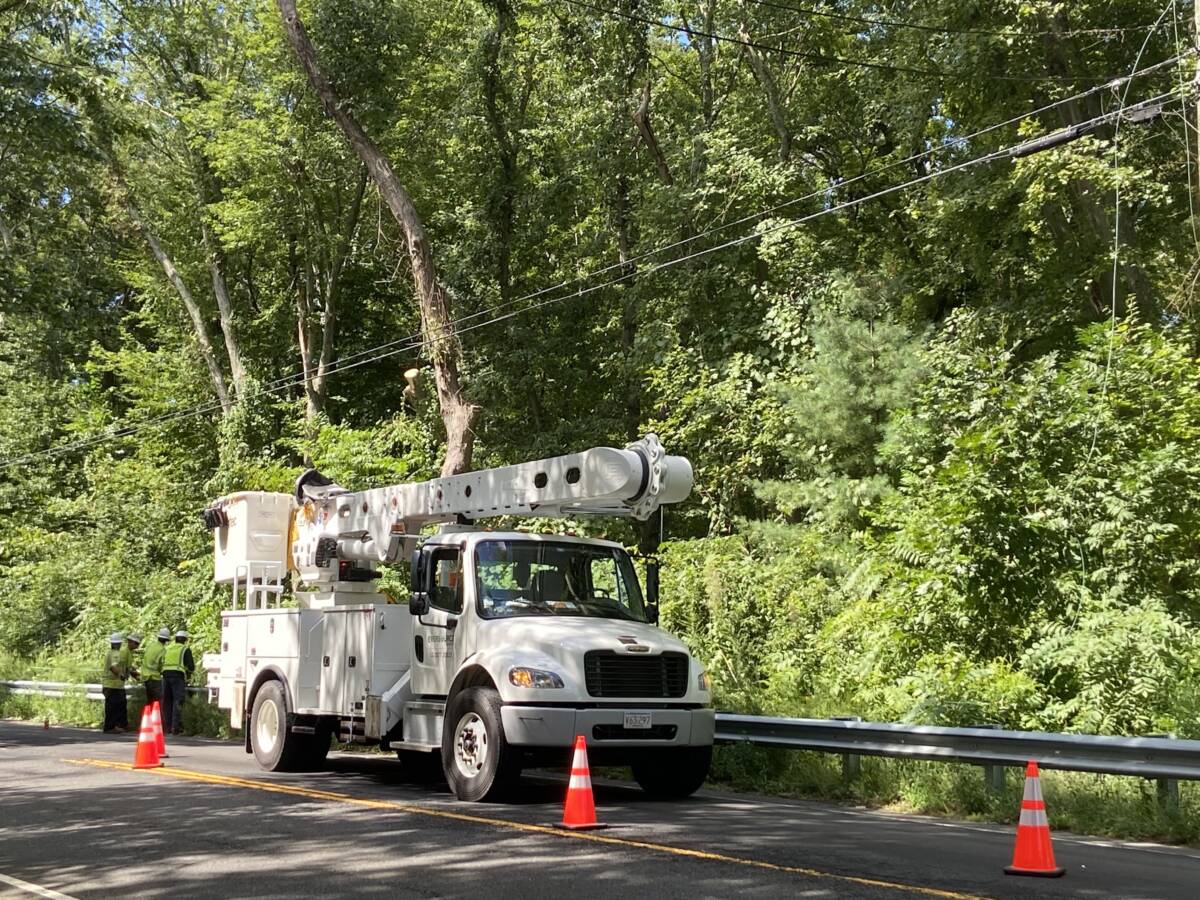 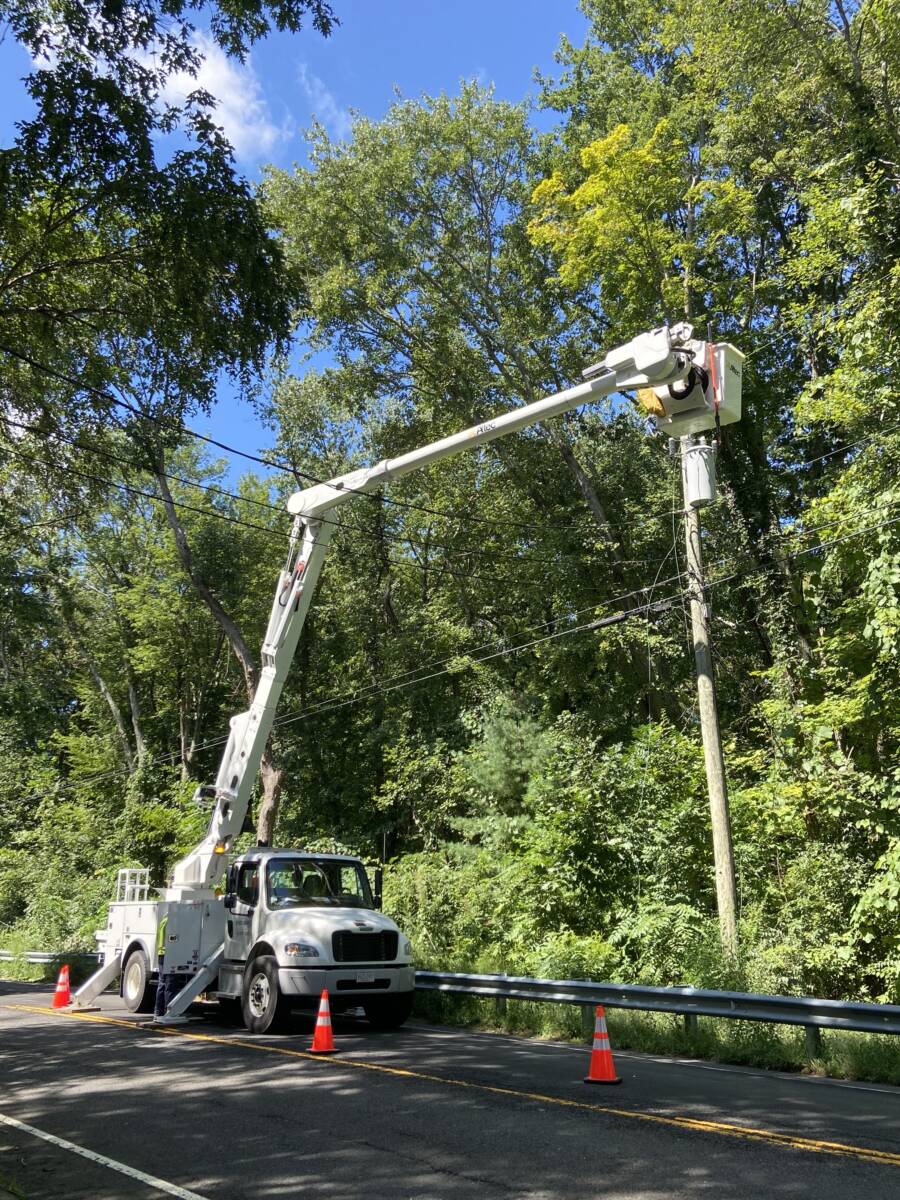 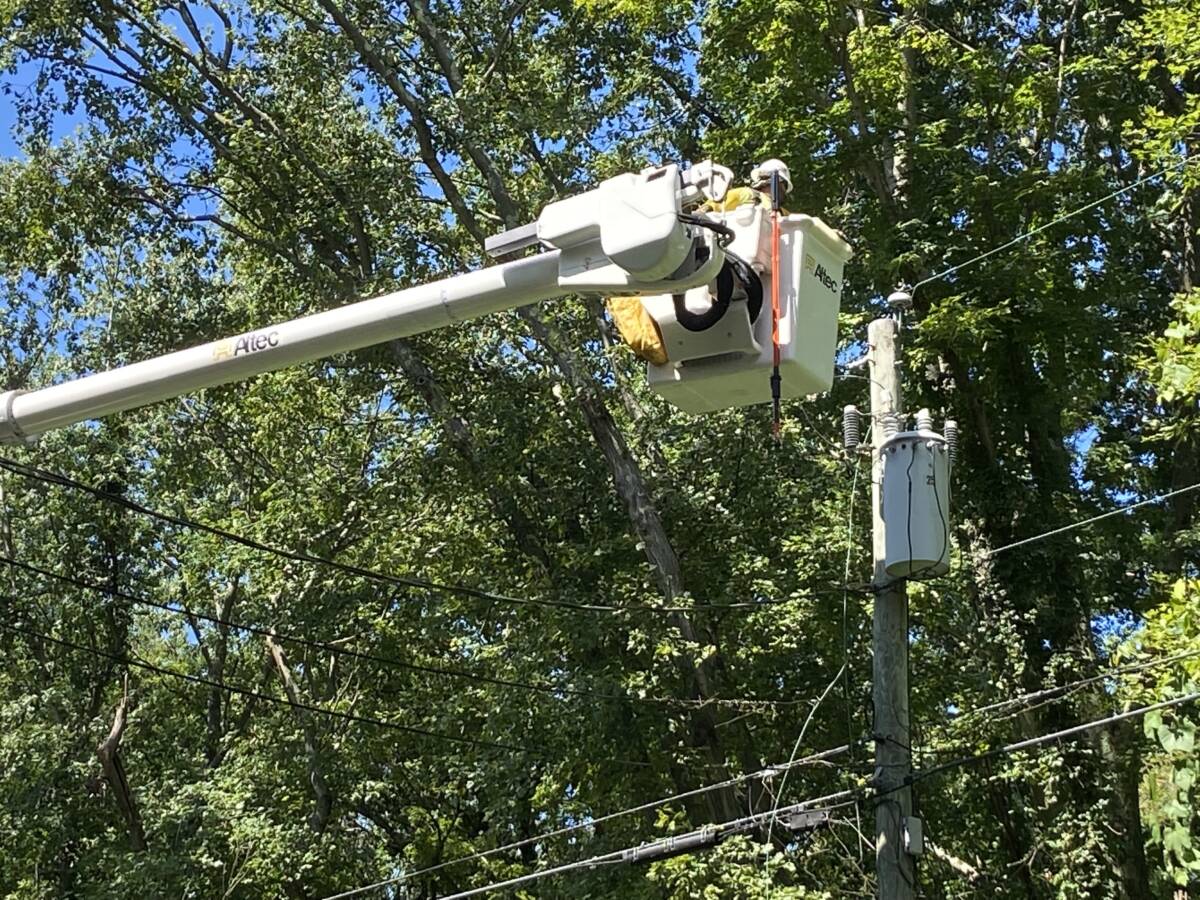