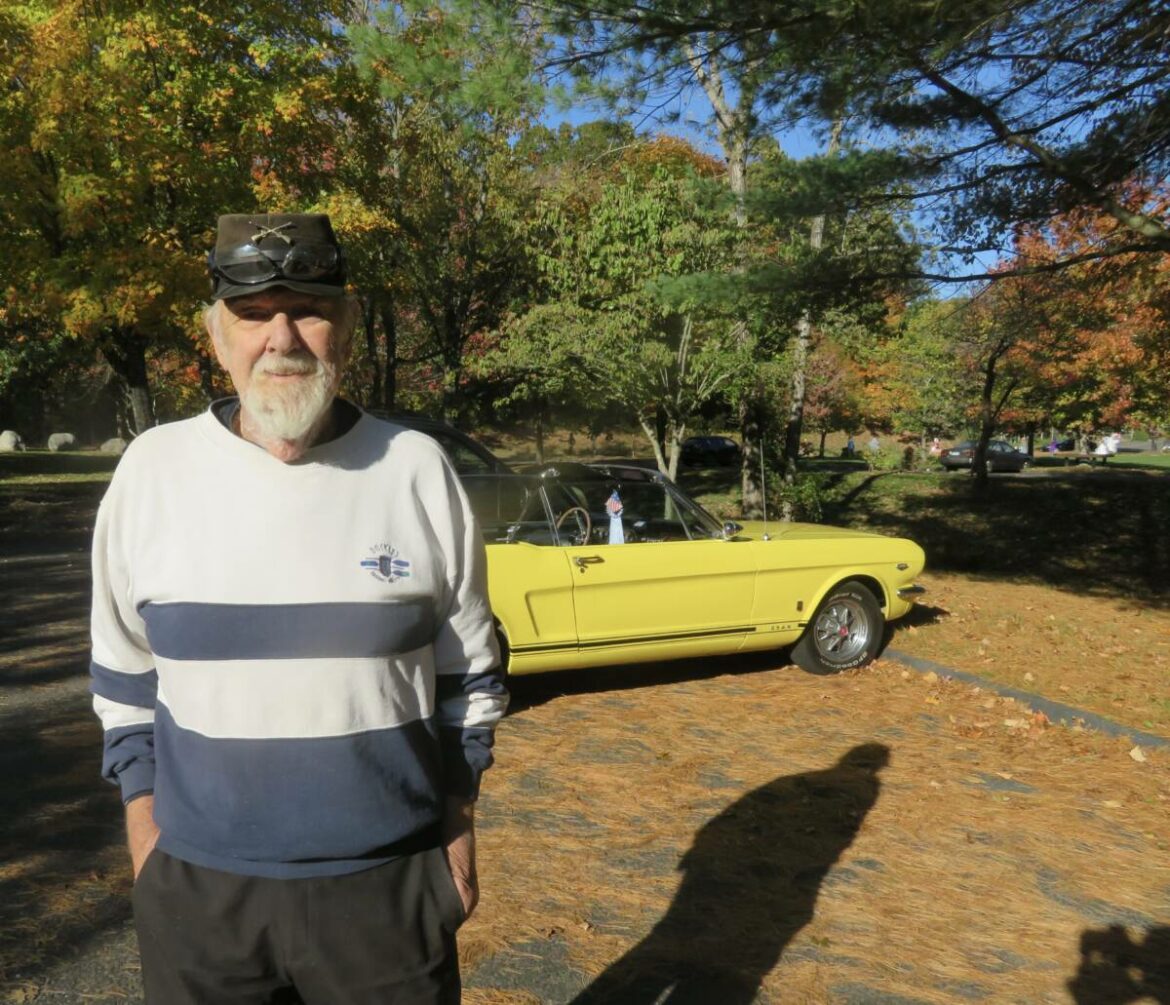 Ray Duda, 82, of Easton, is the proud owner of a 1965 Mustang Convertible, rebuilt with parts from Pony Parts Plus, a Monroe business.

MONROE, CT — When Ray Duda, 82, of Easton bought a 1965 Mustang Convertible for $1,000 over two decades ago, the classic car was in rough shape. But Duda breathed new life into the clunker with a rebuilt engine and installing a new 5-speed Ford Motorsport transmission.

He made the interior like-new with new upholstery, carpeting, trunk and floor mats. The ivy green Mustang was repainted an eye-catching 1956 T-Bird Golden Rod yellow. Proud of his restored vehicle, Duda added the vanity plate: “Zippety”.

“It’s a chick magnet,” he said with chuckle. “When I go down the road people are constantly waving, flashing their headlights and saying, ‘nice car!'”

Duda bought thousands of dollars worth of parts from his friend, Lynn Abbott, of Monroe, who owns Pony Parts Plus.

Pony Parts Plus orders parts for classic cars and trucks with a primary focus on providing interiors, such as floor mats, seat upholstery, carpets and door panels for classic and contemporary cars.

Classic car parts and accessories are for vehicles ranging from the 1960s to the ’80s. 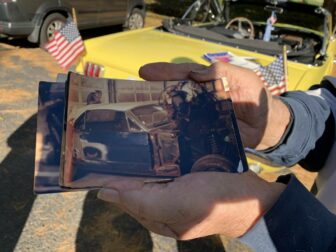 Ray Duda’s 1965 Mustang Convertible was in bad shape when he bought it decades ago.

As a Christmas present one year, Abbott bought chrome wheels for Duda’s Mustang.

“When I bought the car, somebody told me to go to New England Mustang and Lynn was running it,” Duda recalled.

Abbott owned and operated New England Mustang Supply in Bridgeport with her late husband, Mark, a business she started in 1979.

Brought up with cars

“I have 43 years experience in the automobile business,” Abbott said. “My dad was a Ford dealer, so I was familiar with cars growing up.” 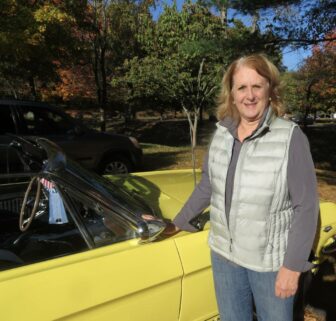 Lynn Abbott, of Monroe, owns her own auto parts business, Pony Parts Plus.Abbott’s father had a Ford dealership in Niantic, and also a Dodge dealership for a period time in Cheshire.

Abbott’s father had a Ford dealership in Niantic, and also had a Dodge dealership for a period of time.

Her family moved to Monroe in 1964 and Abbott graduated from Masuk High School in 1972.

“I live on Webb Circle, but not in the house I grew up in,” she said.

The house Abbott grew up in sat on 100 acres. The bulk of the land was sold to the Monroe Land Trust and it is now part of the Webb Mountain Discovery Zone.

Abbott and her late husband raised their two children, Bryant and Jennifer in another house on Webb Circle and, later in life, Abbott bought her mother’s house next door. She now has six grandchildren.

Abbott started New England Mustang Supply on Honeyspot Road in Stratford, before moving it to Stevenson, then to Lordship Boulevard in Stratford. The last move was to Barnum Avenue in Bridgeport, where the old Barnum Theater had been.

“I actually have a couple of the theater record books of payroll and ticket sales,” Abbott said. “We found them in the building.”

After her husband died in 1996, it was harder to keep up the store, so Abbott made it a home-based, mail-order business.

“Most of my customers aren’t in Connecticut, believe it or not,” Abbott said. “They’re across the country. My goal is to sell quality parts for a fair price and to offer good customer service, which is a lost art.”