Police officers responding to a complaint of a suspicious vehicle parked on Old Tannery Road found an Uber driver in a compromising situation on June 25. 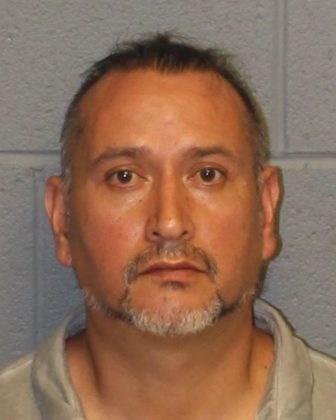 When the officers pulled him out of the car, they told Buenano-Andrade they  would search him for weapons, police said. But instead of putting his hands behind his back as instructed, Buenano-Andrade allegedly tensed up and moved his hands to the small of his back, while attempting to retrieve something from his waistband.

Taking precautions in case Buenano-Andrade was reaching for a weapon, police said officers took control of him, handcuffed him and took him to the ground, because he was trying to pull away from them.

When officers took him to the ground, they found a sex toy hanging out of the back of his pants, according to police.

Throughout the incident, police said Buenano-Andrade was uncooperative, not verbally responding or physically complying to the officers’ orders to not move his hands and to stop pulling away.

Buenano-Andrade was charged with illegal operation of a motor vehicle while under the influence of alcohol or drugs and interfering with an officer. He released on $500 bond for a June 27 court date.

The incident took place around 5:29 p.m.