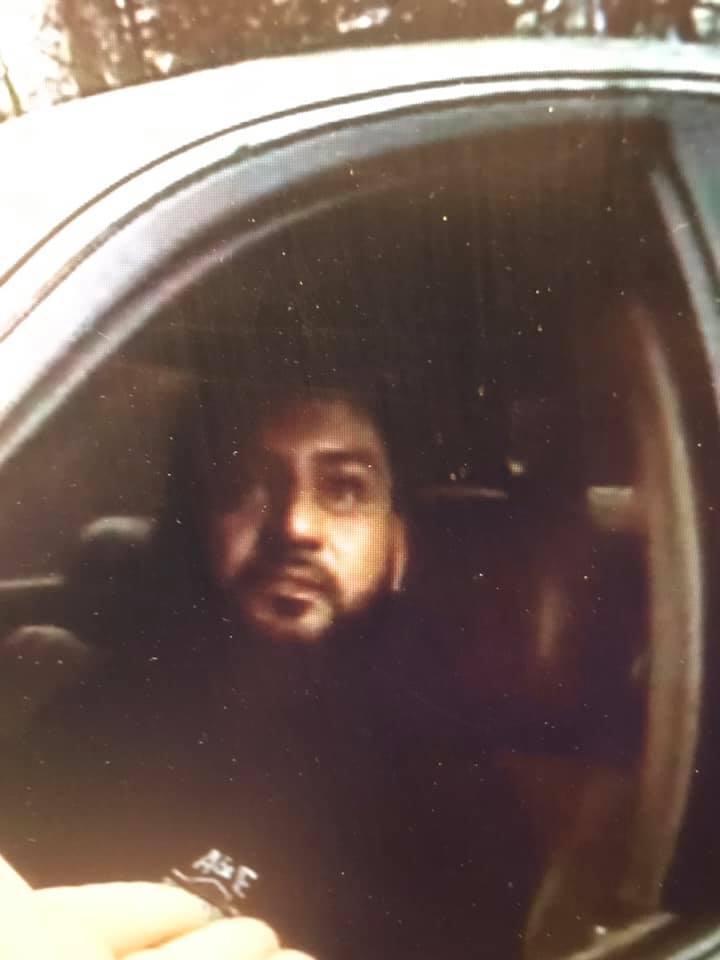 The Monroe Police Department shared a body camera photo of the man they are looking for.

Police officers have identified the man seen in the side parking lot of Masuk High School Wednesday morning and say they are still investigating the incident. The man reportedly sped off in a Honda Accord when approached by a school resource officer, before abandoning the vehicle and fleeing on foot.

The suspect appears to be a white Hispanic male, is approximately 30-years-old, has a beard and was wearing a black hoodie-style sweatshirt with white lettering and tan pants, said police, adding there is no evidence of a weapon.

Officers responding to the call, just before 7:30 a.m., did a check on the Honda, which has Connecticut plates and had not been reported stolen, according to the report.

Police said no one was hurt and there was a temporary lockdown of the high school, before the status was changed to “controlled movement with all exterior doors remaining closed and locked.”

Officers remain at the scene and state police K-9 and Newtown police officers are assisting in the search.

“All students remain safe in controlled movement status,” Superintendent of Schools Dr. Jack Zamary said in an alert on Monroe public schools’ website. “Our staff and police department continue to do an excellent job with keeping the environment safe for students and in making all students feel comfortable. Another update will be provided prior to dismissal.”

Zamary said there is additional staff and police supervision of all exterior doors, while administrators remain in close communication with  police.

Anyone who sees anything should call the Monroe Police Department at 203-261-3622.