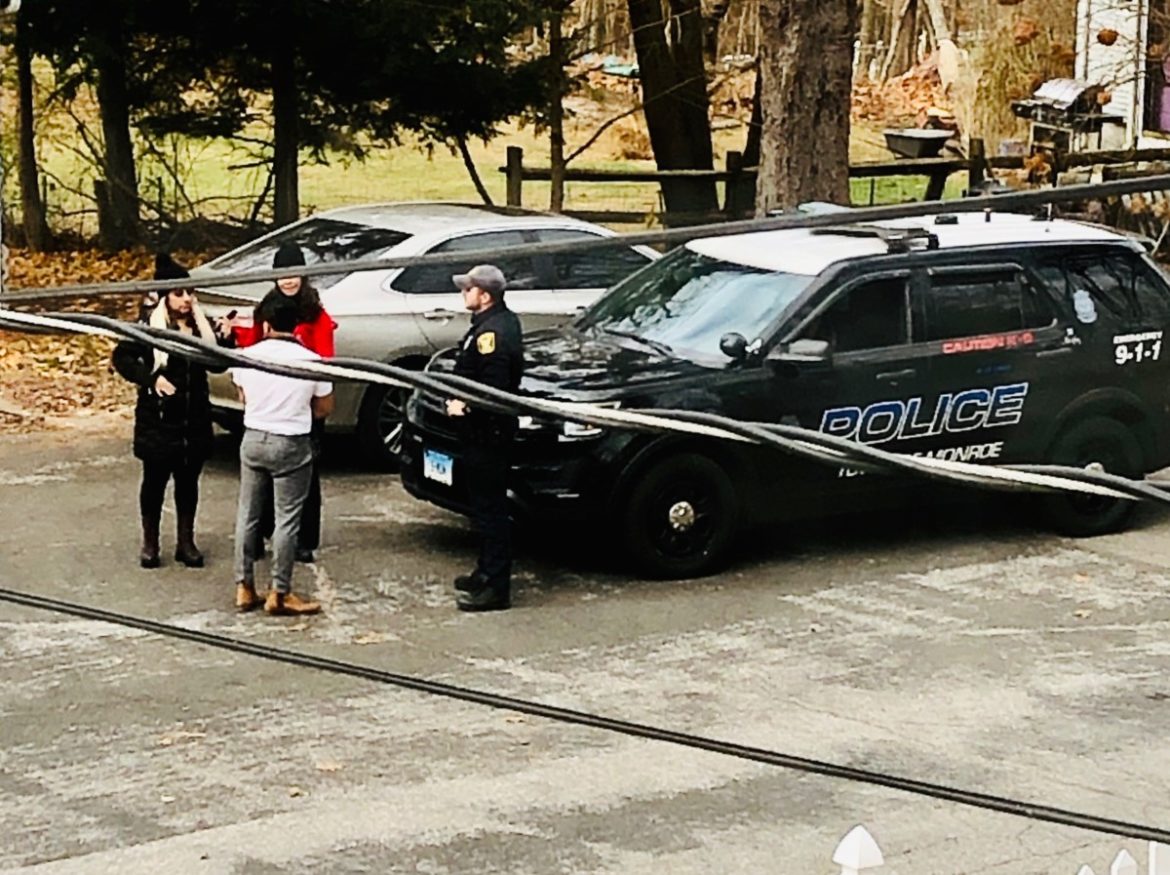 Landscapers working on the property told police the group did not go into the yard and only took photos from the street, so they were not ticketed, according to Police Capt. Keith White, who said the youths were told to stay away from the street.

The house was once used as The Warrens Occult Museum, but the use is not allowed by town zoning so it closed down. Tony Spera, Warren’s son-in-law, has posted no trespassing signs on the property, along with a message on the New England Society for Psychic Research website informing visitors the museum is closed.

Nevertheless, neighbors have still complained about trespassing into the neighborhood, which is a bigger problem during Halloween.

A Far Mill Road woman dropped a $20 check to pay a water bill into the large drive-thru mailbox at the U.S. Postal Service, soon before thieves broke into the box and stole all of the mail in October.

On Thursday, she told police she received a phone call from Wells Fargo informing her she had a zero balance in her account. She learned her check was altered to add a 38 in front of it, making it $3,820 before a thief cashed it.

Police are working with Wells Fargo’s fraud department to investigate the incident. Monroe police have received numerous fraud complaints since the U.S. Postal Service drive-thru mailbox was broken into.

Lt. Stephen C0rrone has said the Post Office heist was an ongoing problem in the region. Police are working together with the United States Postal Inspection Service in investigating the theft.

In a Facebook post, the Monroe Police Department asked residents who dropped mail in the drive-thru mailbox at the 270 Monroe Turnpike facility after 4 p.m. on Monday, Oct. 14, and before 9 a.m. on Tuesday, Oct. 15, to monitor their accounts for fraudulent activity and to report any instance of fraud to them.

A Cutlers Farm Road man told police he received a call from a fraud investigator for People’s United Bank, who told him someone used his debit card in Florida to make two $500 withdrawals from his bank account, according to a police report filed on Tuesday.

The man confirmed that he did not make the transactions himself. Police are working with People’s United Bank to investigate the fraud.

Two heaters were reported stolen from a horse barn on Wheeler Road Tuesday. The victim told police she saw the heaters, valued at $140 each, in the morning, but they were gone by that afternoon.

A Moose Hill Road man left his $200 leaf blower on the edge of his property to change the battery on Monday and when he came back it had been stolen, according to police.