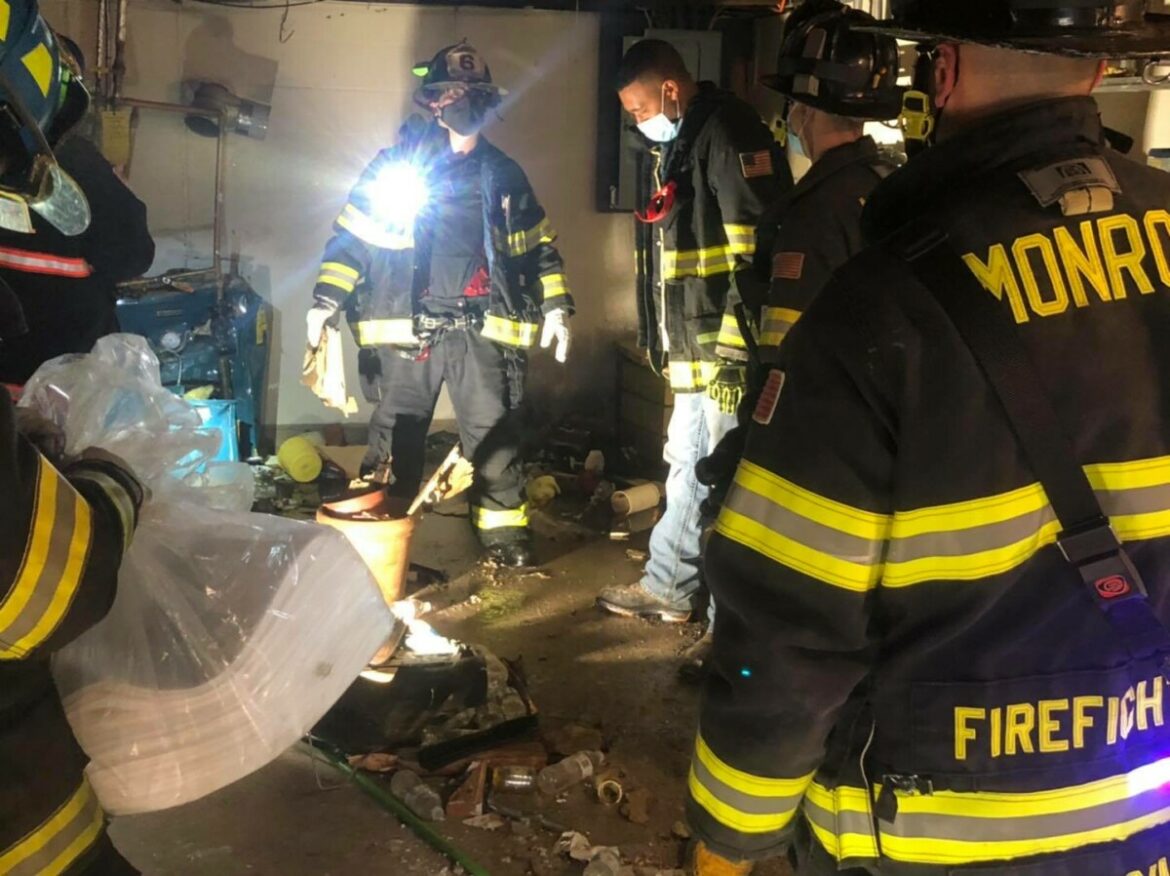 MONROE, CT — A 93-year-old Pamela Drive man accidentally crashed into the garage of his house, before his Ford 500 went through a wall and into the basement Wednesday afternoon.

Police said he had backed his car out of the garage to warm it up around 3 p.m. and shifted into drive, before his foot slipped onto the gas pedal and the car lurched forward.

The man was not injured. Police said the building official inspected the house, which is still structurally sound and the fire marshal deemed it safe to inhabit. But the car struck the burner in the basement, leaving the resident without heat for the night, according to the report.

It was a busy day for firefighters, who later handled a faulty electrical fixture that was creating smoke in a town-owned building, and responded to an active chimney fire off upper Main Street.

On Friday, Animal Control Officer Ed Risko said it was actually a bobcat.

A couple on Pinto Lane reported receiving a suspicious package that was delivered to their home on Wednesday. It contained a wooden board and two plastic bags filled with a white powdery substance.

A police officer Googled the Jamaica, N.Y., return address on the package and found it was fake. The powder turned out to be a substance used for the making of molds, according to police.

Police seized the package and destroyed it.