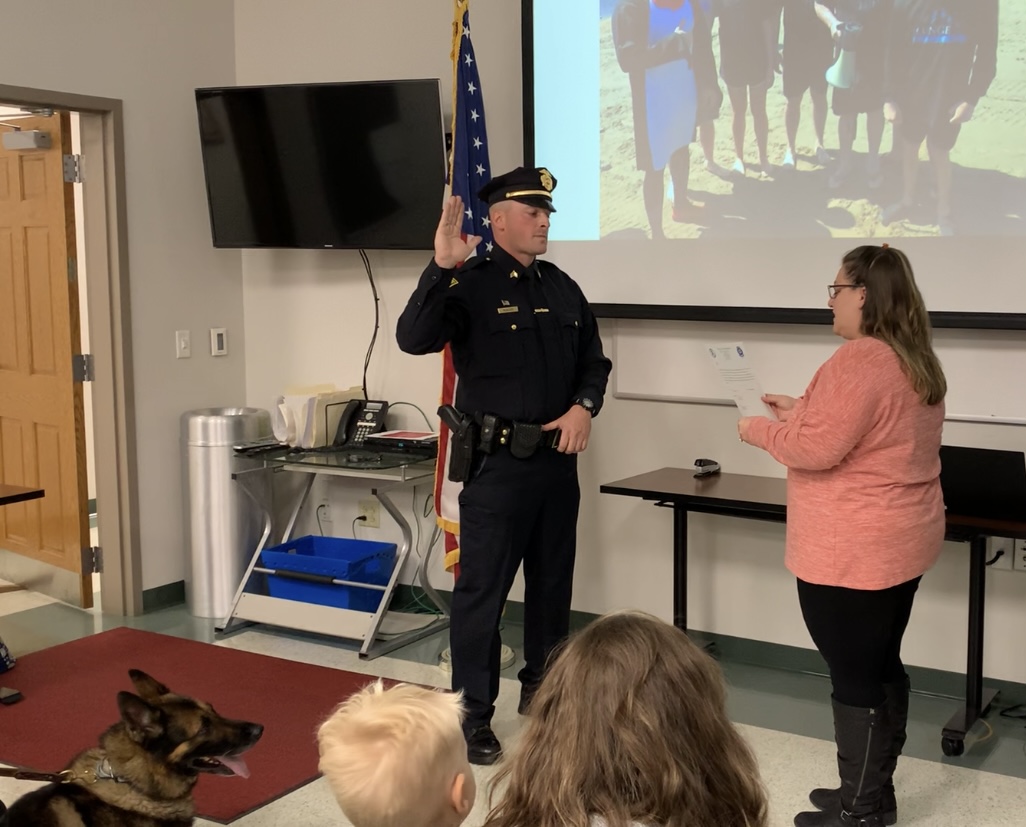 Police Officer John McAulay is sworn in as a sergeant by Teresa Guerra.

MONROE, CT — John McAulay, who recently gained recognition as the 2020-21 Jacob J. Tufano Officer of the Year, has been a K-9 officer with his partner, a German shepherd named Murphy, for eight years. On Monday afternoon, he earned a new title.

Police Lt. Stephen Corrone presided over a ceremony in the Monroe Police Department training room, promoting McAulay to the rank of sergeant. 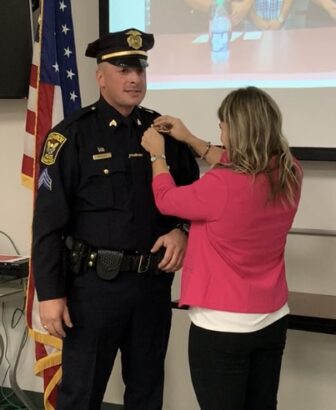 Active and retired police officers attended the ceremony, along with McAulay’s parents, J.D. and Sue, his brother Scott and sister Christine.

“John’s been here since 2012. He served in several capacities as a patrol officer,” Corrone said. “He served as a K-9 handler. He’s been on the SWAT team. John has been a valued member of the department and we’re looking forward to his future career moves as he takes over as patrol sergeant.”

McAulay also serves as a firearms instructor, an operator and is assistant team leader of the regional SWERT team.

McAulay was sworn in by Teresa Guerra, before his sister, Christine, pinned his new badge on him.

One thought on “Police promote Officer McAuley to sergeant”