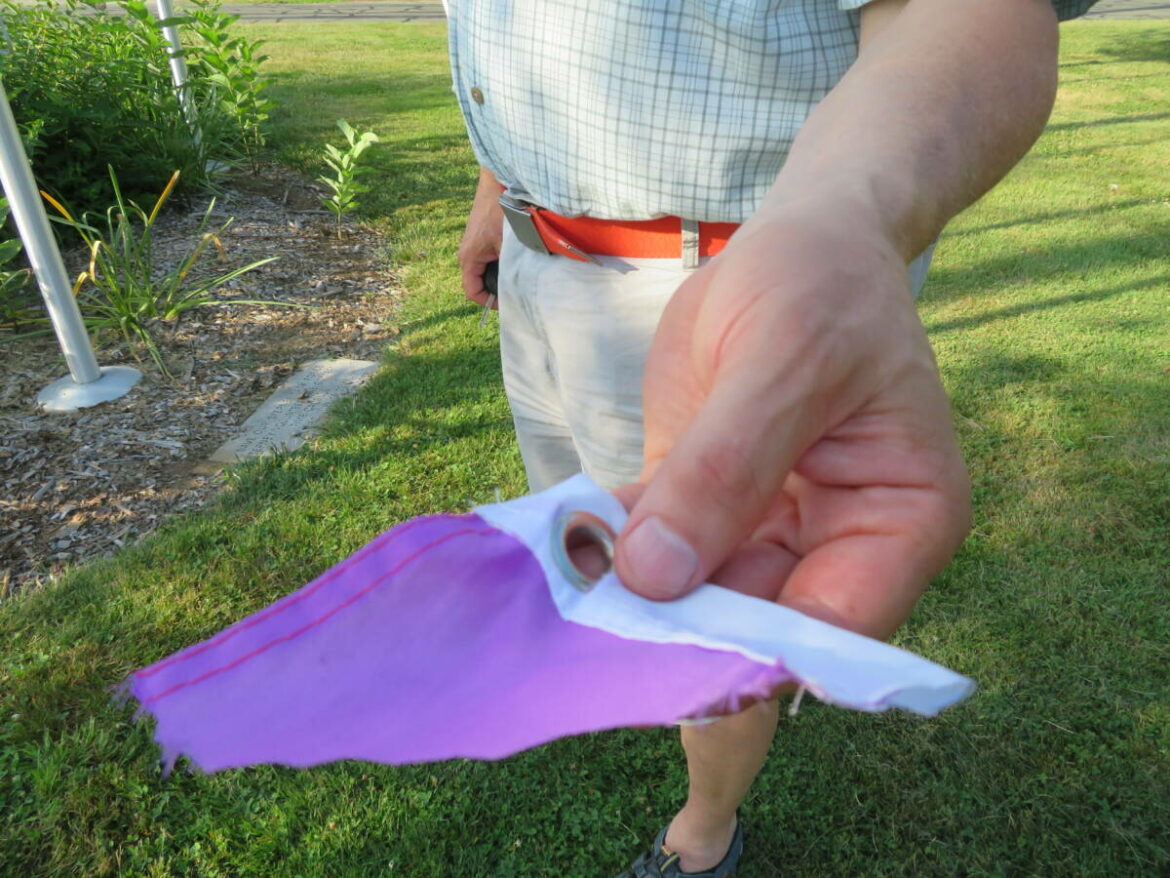 Joel Leneker, president of the Save Our Stepney Task Force, holds a piece of a Rainbow Flag that was torn from a flagpole, when a Pride Flag display was vandalized on Stepney Green.

MONROE, CT — A display on Stepney Green flew five Rainbow Flags to celebrate Pride Month, but with only one day left before the Save Our Stepney Task Force was going to take it down, someone vandalized it, taking down two of the flags and tearing down two others, cutting the lines in the process.

One lone Pride Flag, which was on a pole surrounded by a prickly rosebush, was spared.

Joel Leneker, president of SOS, reported the incident to police on Wednesday morning.

We’re investigating and if anyone has information, please contact the police department at 203-261-3622,” Police Capt. Keith White said Wednesday evening.

The incident occurred sometime between Tuesday night and Wednesday morning. 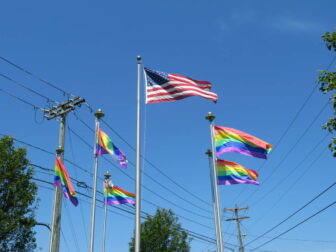 Pride Flags fly among the Stars ‘n Stripes in the Save Our Stepney Task Force’s display on Stepney Green in recognition of Pride Month, before a vandal took it down one day early.

Asked if police are investigating this as a hate crime, White said, “at the moment it is a vandalism. It happened to be Pride Flags, but we don’t know the intent at the moment. We would investigate this the same way and, if it was found to be a hate crime, it would be charged as such at that point in the case.”

White said the location of Stepney Green will make it difficult to determine who damaged the display.

“Someone is going to have to provide us information,” he said. “We’re looking for public cooperation into the incident.”

First Selectman Ken Kellogg was asked about the incident Tuesday, while attending a ribbon cutting ceremony for Tollgate Wines & Spirits on Main Street. 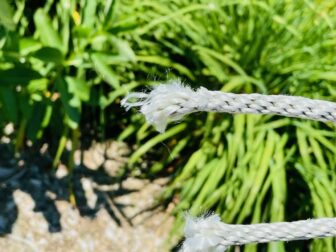 Lines were cut on two flagpoles to remove to Rainbow Flags from a Pride display on Stepney Green.

“Vandalism alone on town property is upsetting, but that type of action is extremely disturbing and I don’t think it reflects our community,” Kellogg said. “It’s one hundred percent a police matter and one that will be taken seriously. I was very upset and disturbed about what I heard.”

During an interview on Stepney Green, Leneker said Monroe Public Works Director Chris Nowacki asked him about the extent of the damage so the two broken lines could be repaired by DPW.

Leneker said the SOS Task Force and the Monroe Lions Club had donated the five flagpoles to the town as a joint project, so that flags could be flown year round to celebrate military veterans and civic organizations, such as the Lions Club and Monroe Rotary Club.

“We’re hoping the damage will be repaired in time, so we can fly flags again for the Fourth of July holiday,” Leneker said. “The military services flags for each of the five branches — Army, Navy, Air Force, Marines and U.S. Coast Guard — would be flown.”

Leneker said SOS tries to stay away from politics, but decided to fly the Pride Flags for the first time this year to celebrate the spirit of inclusion.

“It’s just unfortunate that a few members of the community showed prejudice against the LGBTQ+ community,” he said. “We’d like to think that this incident does not reflect the majority of the Monroe community.” 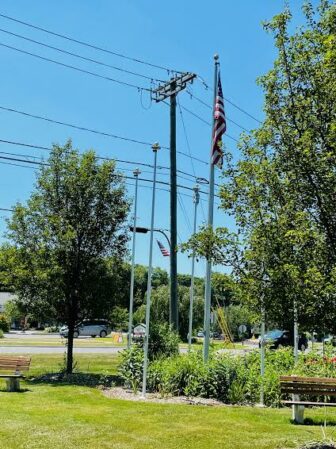 Leneker also noted how the vandal(s) may not even live in Monroe, and could have been passing through along the busy thoroughfare of Route 25.

The SOS Task Force hosts numerous events on Stepney Green, including the annual Tree Lighting at Christmastime, featuring carolers and a visit from firefighters and Frosty the Snowman.

Those interested in making a donation to defray the costs of repairs to lines for the flagpoles, and to support SOS programs, can mail checks payable to the Save Our Stepney Task Force, P.O. Box 9, Monroe, CT 06468.