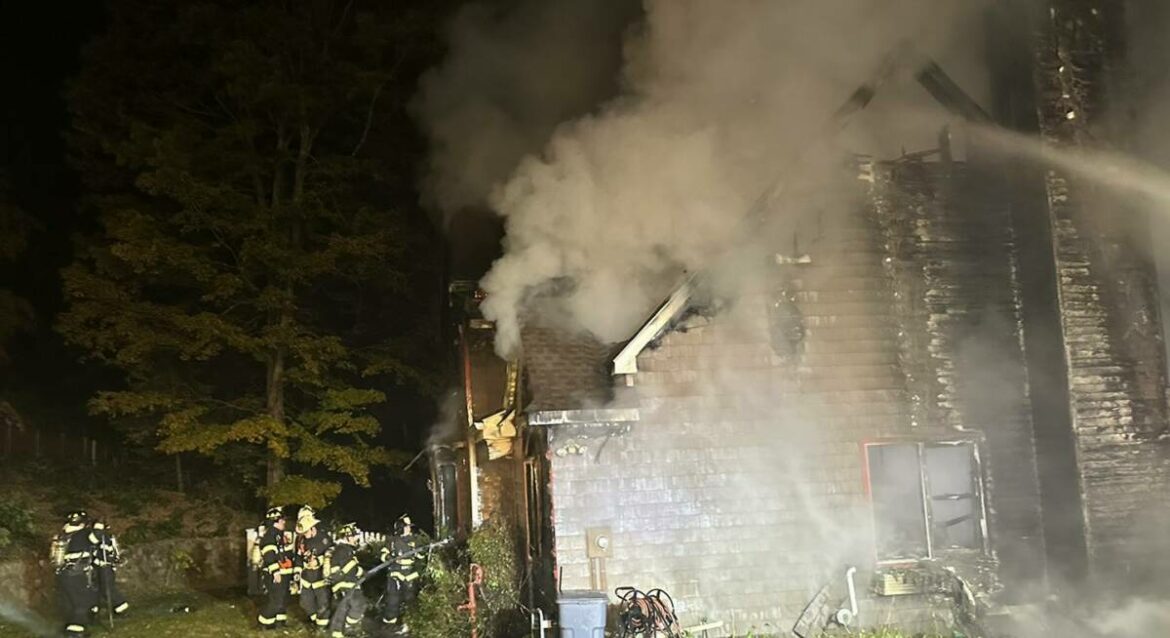 MONROE, CT — Police identified the woman who died in this morning’s fatal fire as Sheryl Lowman, 66, of 8 Fox Run.

Monroe Fire Marshal William Davin, the Monroe Police Detective Division and the State Fire Marshal’s Office is investigating the cause of the fire, which was reported at 12:47 a.m. Thursday.

Police and the Stepney Volunteer Fire Department responded to the initial call, according to police, and firefighters from the Monroe and Stevenson fire companies also fought the early morning blaze.

When officers arrived, they observed flames and heavy smoke coming from the east side of the house. The fire quickly spread to the rest of the home, police said.

Earlier this morning, Monroe Deputy Fire Chief Kevin Catalano reported that there were no other civilian or firefighter injuries.

Town firefighters received assistance at the scene from Botsford Fire Rescue and Long Hill Volunteer Fire Co. No. 1 Inc., and extinguished the majority of the fire within 25 minutes.