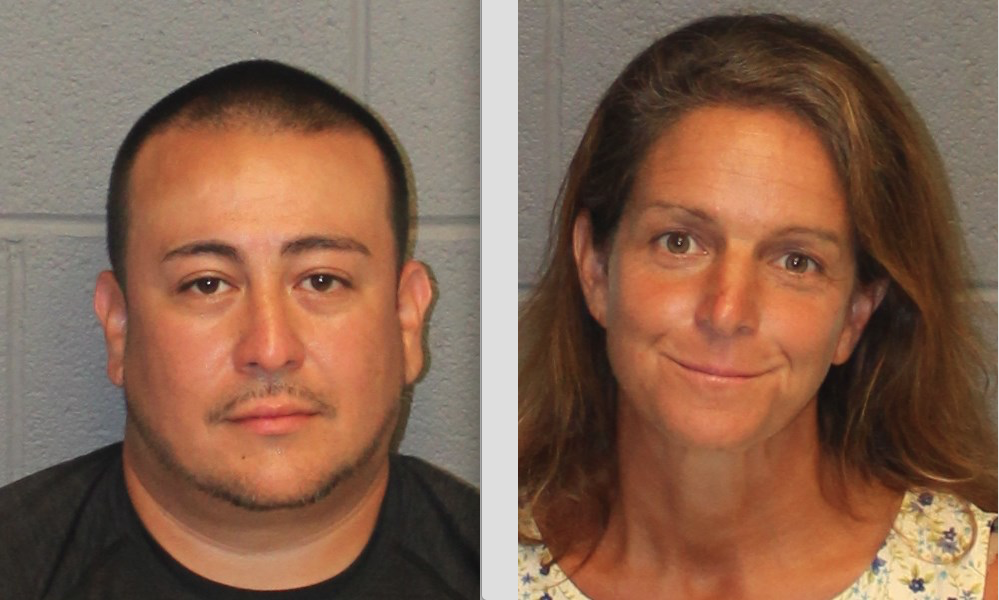 Orlando Dominguez, left, and Krista Karch were charged in a counterfeit operation. Contributed

MONROE, CT — Monroe police detectives’ investigation into the sale of a vehicle with a fraudulent title led to the discovery of a large, well organized counterfeiting organization, culminating in two arrests this week.

Police also arrested Krista Karch, 48, of Essex, who allegedly abused her authority at the Connecticut Department of Energy and Environmental Protection by selling forged boating certificates, with the assistance of Dominguez, to people without the need for the required eight hour course.

“This conspiracy was carried out via cell phone and utilizing the banking system,” police said in a news release issued Thursday.

Both were released on $2,500 bond for a Sept. 23 court date at Superior Court, 172 Golden Hill Street in Bridgeport.

Monroe police received the initial complaint over a sale of a vehicle with a fraudulent title on Feb. 26.

Multiple search and seizure warrants were executed and evidence was seized. The analysis of the evidence uncovered the larger counterfeiting scheme.

Officers arrested Karch on Tuesday and Dominguez on Wednesday.