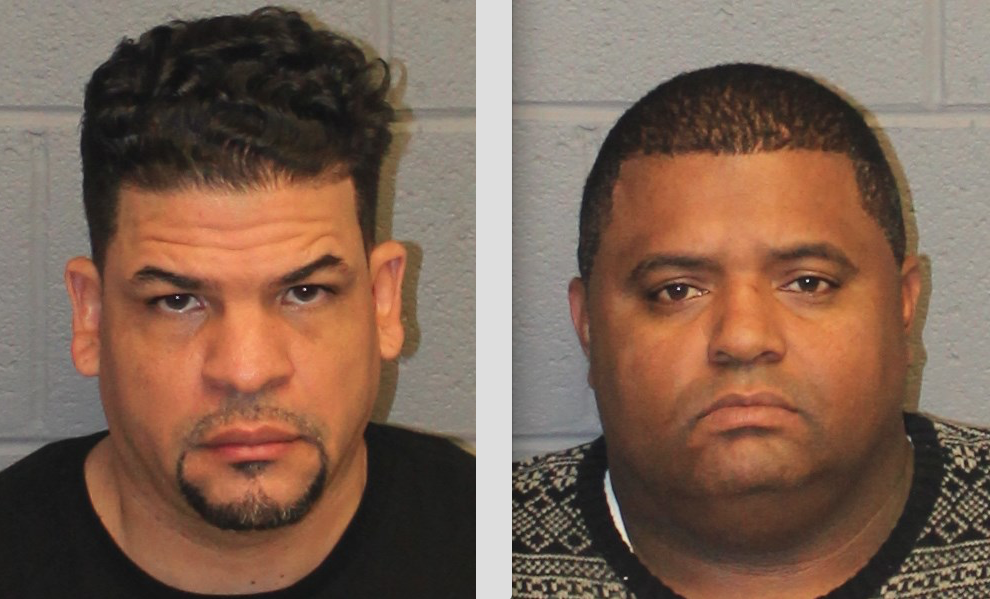 Police arrested two men as they retrieved $42,800 in payments from victims of a telephone scam targeting grandparents Friday. The duo had arranged to have two payments delivered to vacant homes for sale in Monroe.

After receiving a complaint Tuesday about suspicious activity, in which packages were being delivered to vacant homes in town, police received a tip from UPS  about two more scheduled deliveries and surveilled the homes on Friday.

A vehicle drove past each of the homes prior to the delivery of the packages. At approximately 9:14 a.m. a package was delivered to one of the vacant homes under surveillance. At around 9:53 a.m. the same vehicle from earlier in the morning pulled up to the home and an occupant retrieved the package from the front porch, according to police.

Officers arrested the driver, Henry A. Mercedes, and the passenger who retrieved the package, Edward Miguel Rosario-Canela.

A search of the packages by UPS security found the first one contained $18,900 in cash and the second contained $23,900 in cash for a total of $42,800. Both men had several forged identifications related to the vacant homes for sale, police said.

A police investigation determined the men were retrieving proceeds from telephone scams involving elderly grandparents, who in this case were told their grandchildren were at fault in a fatal motor vehicle crash and needed money to be sent for legal fees.

The two victims were from North Carolina and Texas. This investigation is ongoing and will involve other law enforcement agencies, according to police.

“We ask members of the public to report any suspicious activity near or around vacant homes or homes for sale to their local police departments,” said Lt. Stephen Corrone.

Anyone with information should call the Monroe Police Department at 203-261-3622.