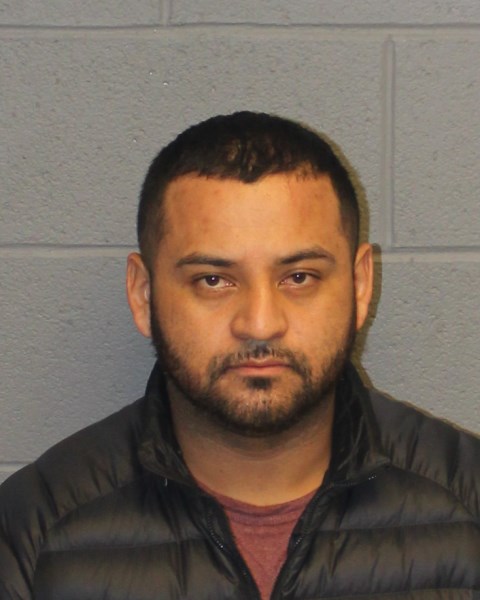 Police tracked down and arrested the man found trying to talk to female students in the Masuk High School parking lot and engaging police in pursuit on Nov. 20 with assistance from the U.S Marshal’s Fugitive Task Force and the Bridgeport Police Department.

The three units served the warrant to Edwin Galves-Lemus, 32, at a residence on Gurdon Street in Bridgeport this morning after information was developed by the Fugitive Task Force that Galves-Lemus was staying there.

Galves-Lemus, of 198 Orchard St. in Bridgeport, was charged with assault on a public safety officer, second-degree breach of peace, second-degree reckless endangerment, third-degree criminal trespass, reckless driving, engaging police in a pursuit and failure to obey a stop sign.

He was held on $55,000 bond and taken to Bridgeport Superior Court for arraignment.

At around 7:22 a.m. on Nov. 20, the police school resource officer at Masuk was alerted to a suspicious vehicle occupied by a male who was in and out of the vehicle speaking to female students.

The SRO located the vehicle, a 1999 Honda Accord, and the suspect in the student parking lot. The man was seated in his vehicle when the officer approached.

As the officer attempted to identify and question him about his reason for being in the student lot, the suspect placed his vehicle in drive and fled at a high rate of speed. In the process of fleeing, he struck the officer with the driver’s side mirror of the vehicle and he dragged her several feet, police said.

As the suspect fled he failed to stop for a stop sign, nearly striking an oncoming vehicle. A short pursuit followed ending in the driveway of 1000 Monroe Turnpike where the suspect fled the vehicle on foot into a heavily wooded area.