MONROE, CT — A Bridgeport man was charged on allegations of fraud stemming from the sale of a Subaru to a Monroe man via Craigslist in February.

Monroe police officers arrested Jovani Capozziello, 33, with assistance from Bridgeport officers, at his home Tuesday, where he was hiding in the basement, according to police. 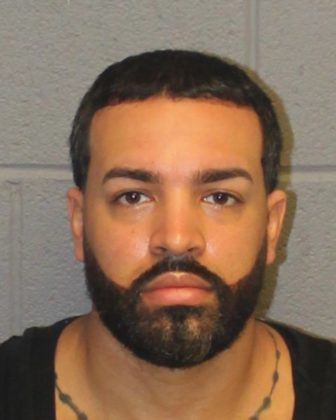 He was released on $25,000 bond for a July 24 court date, then released to the Bridgeport Police Department on its active arrest warrants for other incidents.

On Feb. 26, a Monroe man filed a fraud complaint, telling police he inquired about a vehicle posted for sale on Craigslist on Feb. 25 and spoke to the seller, who went by the name of Carlos.

After agreeing to terms, police said the victim met the seller at the Henny Penny gas station at 241 Roosevelt Drive in Monroe on Feb. 25, did a test drive and was satisfied with the vehicle, according to the report.

Police said he paid the seller $3,000 in cash for the Subaru and received a copy of the Connecticut Certificate of Title and Assignment of Ownership (Bill of Sale) for the vehicle.

But when the victim attempted to register and insure the vehicle, he discovered the title was fraudulent, the odometer had been altered and the Subaru was actually one year older than the seller originally told to him.

After communicating with “Carlos” about these discrepancies, he received an altered New York Certificate of Title that was mailed without a return address, police said.

During the investigation, Monroe police detectives used phone records to develop Jovani Capozziello as a suspect. Based upon this information and the victim’s statements, an arrest warrant was granted by the Superior Court.