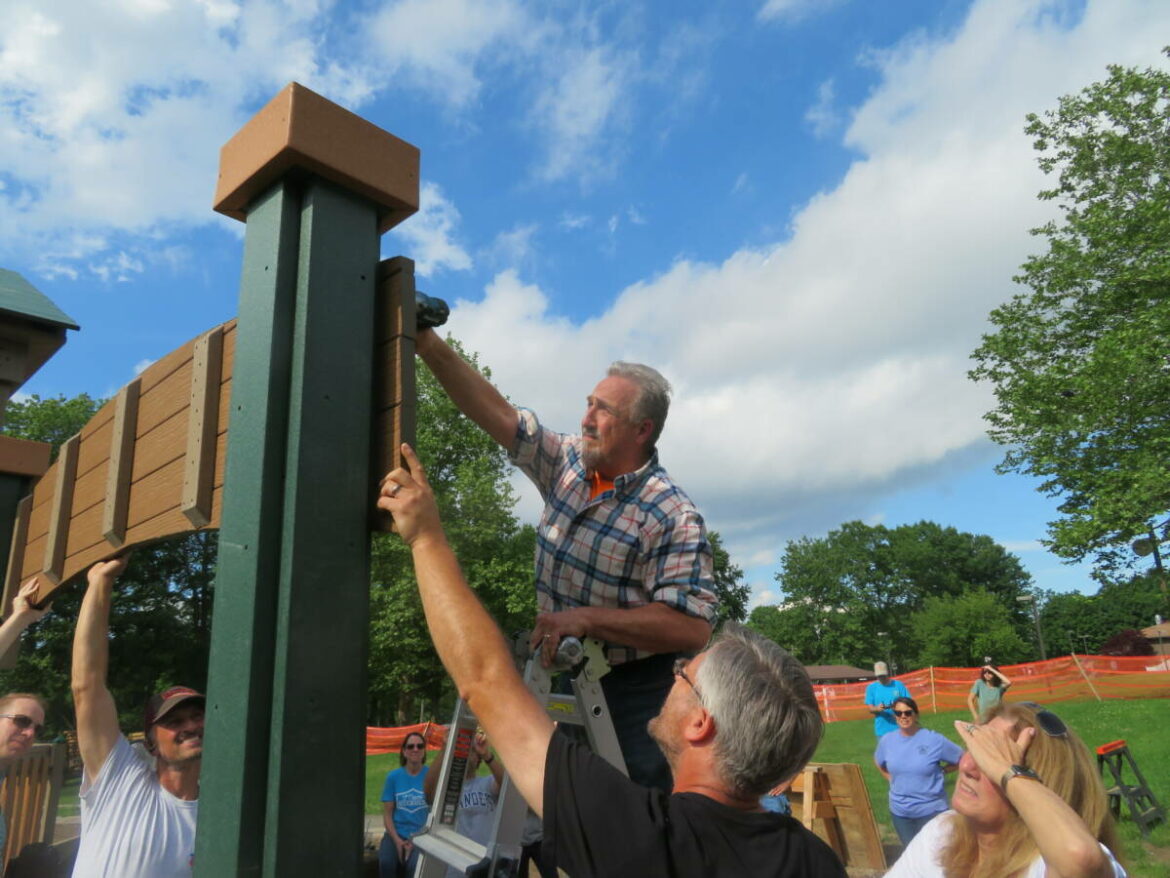 Michael Ganino, vice chairman of the Monroe Playground Foundation, takes his turn drilling in the sign above the entrance for The Wolfe's Den Playground at Wolfe Park Friday.

MONROE, CT — Volunteers took turns climbing a ladder and drilling in a screw on the giant Wolfe’s Den sign at the entrance to the new playground the community built at Wolfe Park Friday afternoon.

The Wolfe’s Den is close to the basketball courts, where the Kids Kreations playground once stood. The Monroe Playground Foundation, a nonprofit, led the effort to replace the aging wooden playground.

“It looks amazing,” Michael Ganino, vice chairman of the foundation, said after the sign was in place.

Prior to that, volunteers drilled in the Stepney Depot sign over the locomotive in the train area of the playground.

Two nonverbal communication boards were also drilled into place. Alexandra Nelson, a speech pathologist at Monroe Elementary School, designed the boards, which have symbols nonverbal children can point to in order to communicate with other children.

Nelson had worked to have the boards placed at elementary school playgrounds in town and suggested having the boards at The Wolfe’s Den too. Amanda Bean, an MPF board member who is also a speech pathologist, brought the idea to the board’s attention.

Ganino said a final town inspection and approval is needed, before the playground can open, though he expects it to be done shortly.

There will also be an opportunity to purchase more pickets and handprints at a time to be announced. 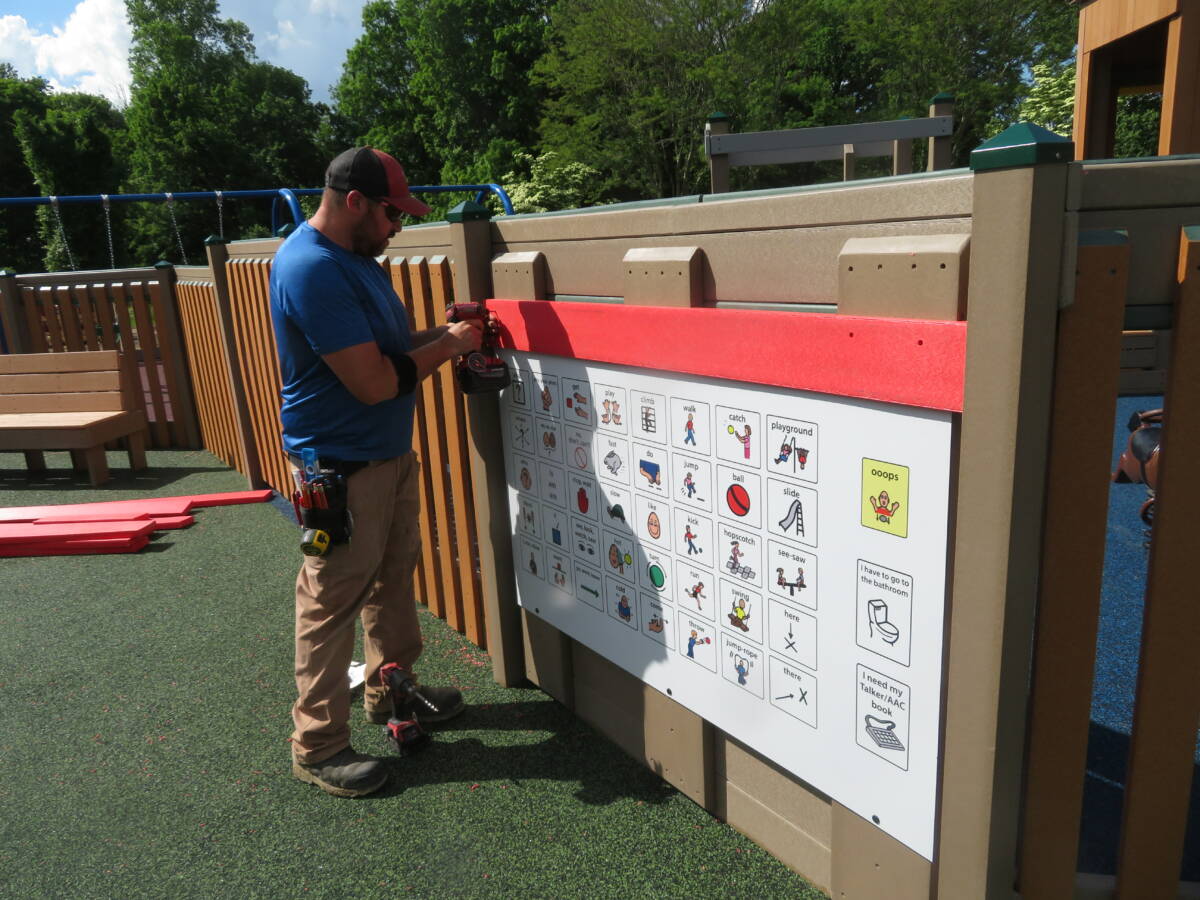 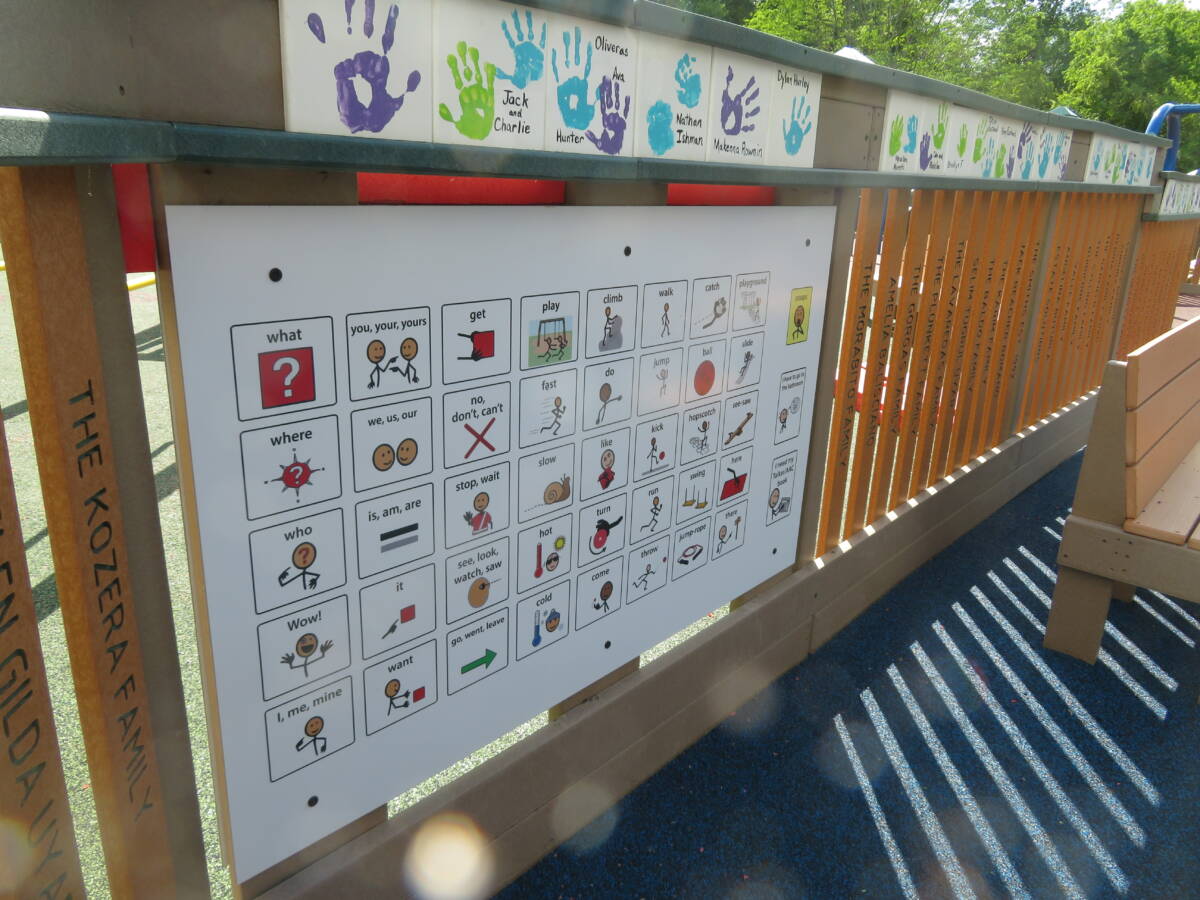 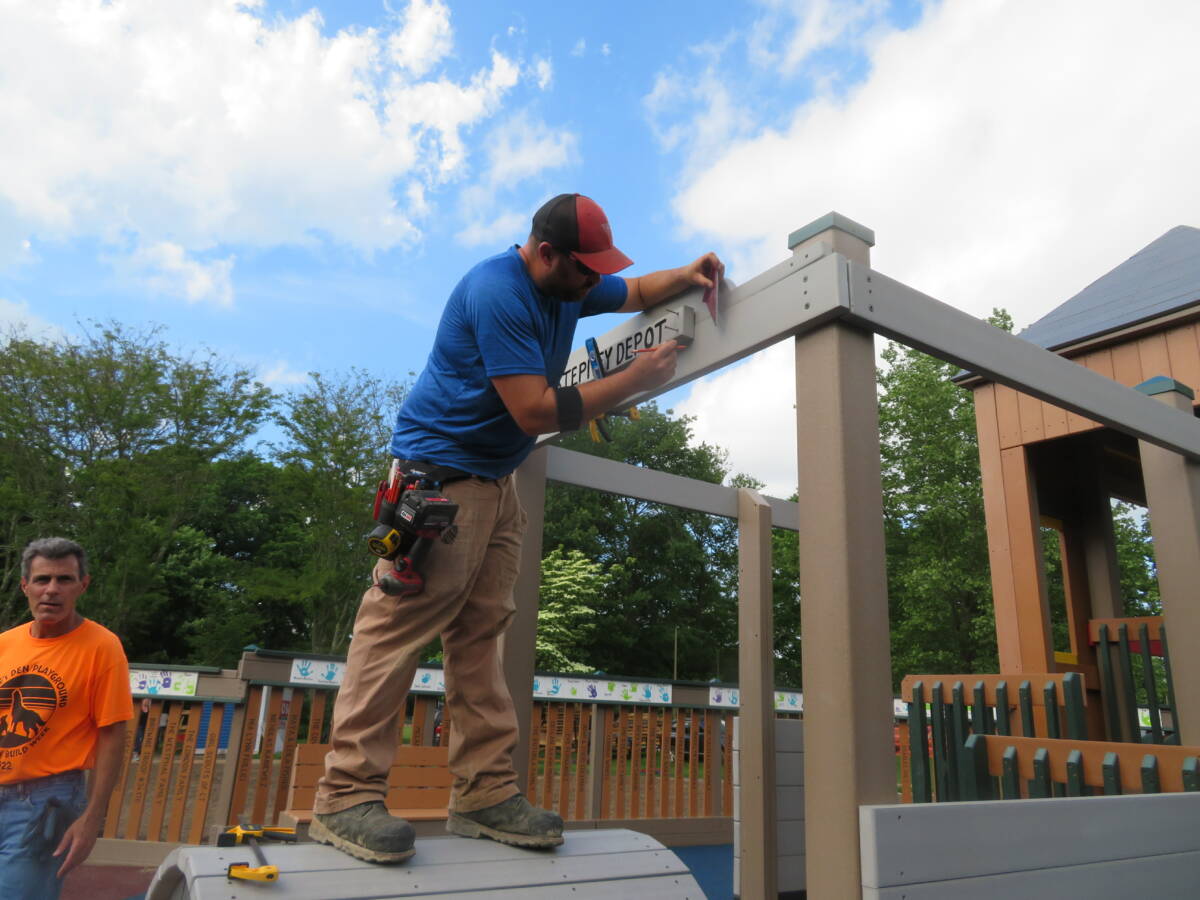 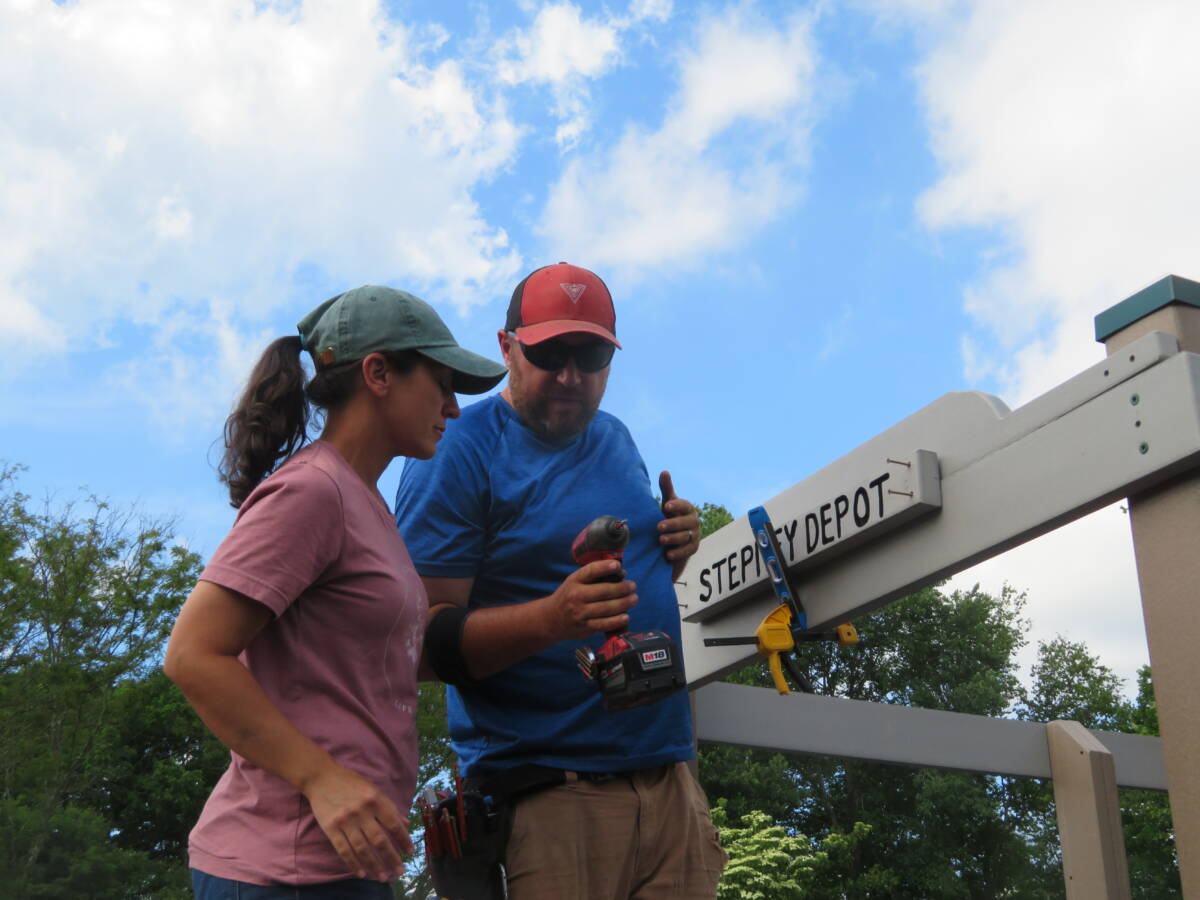 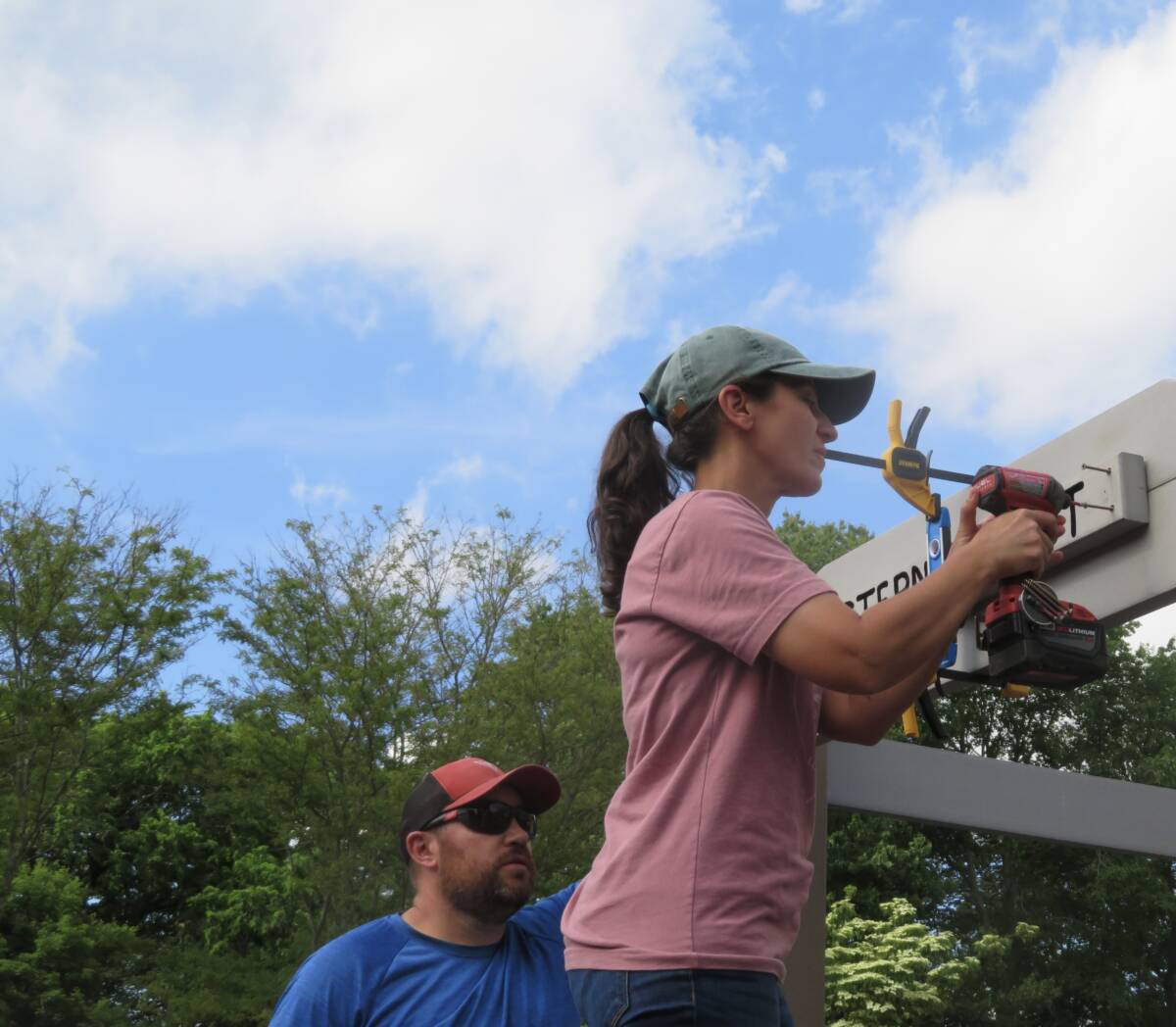 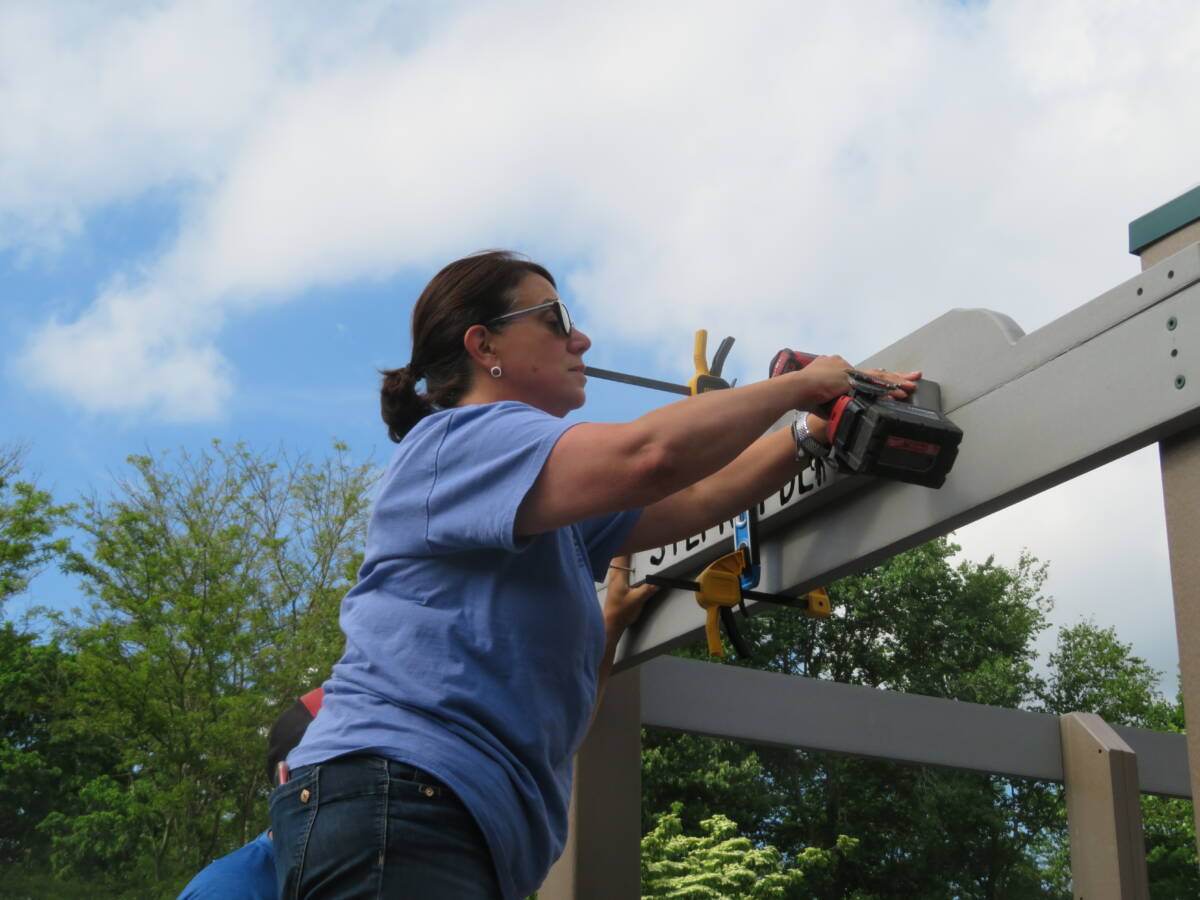 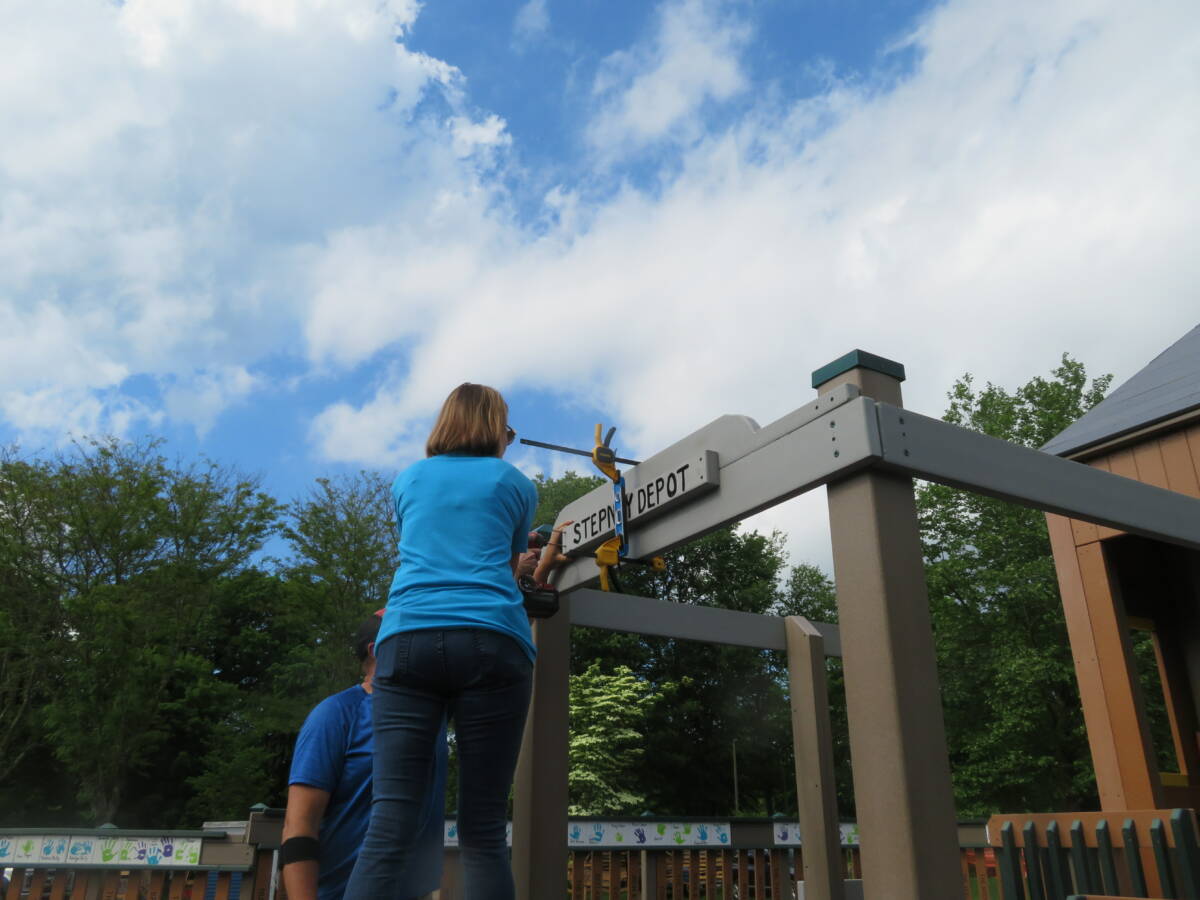 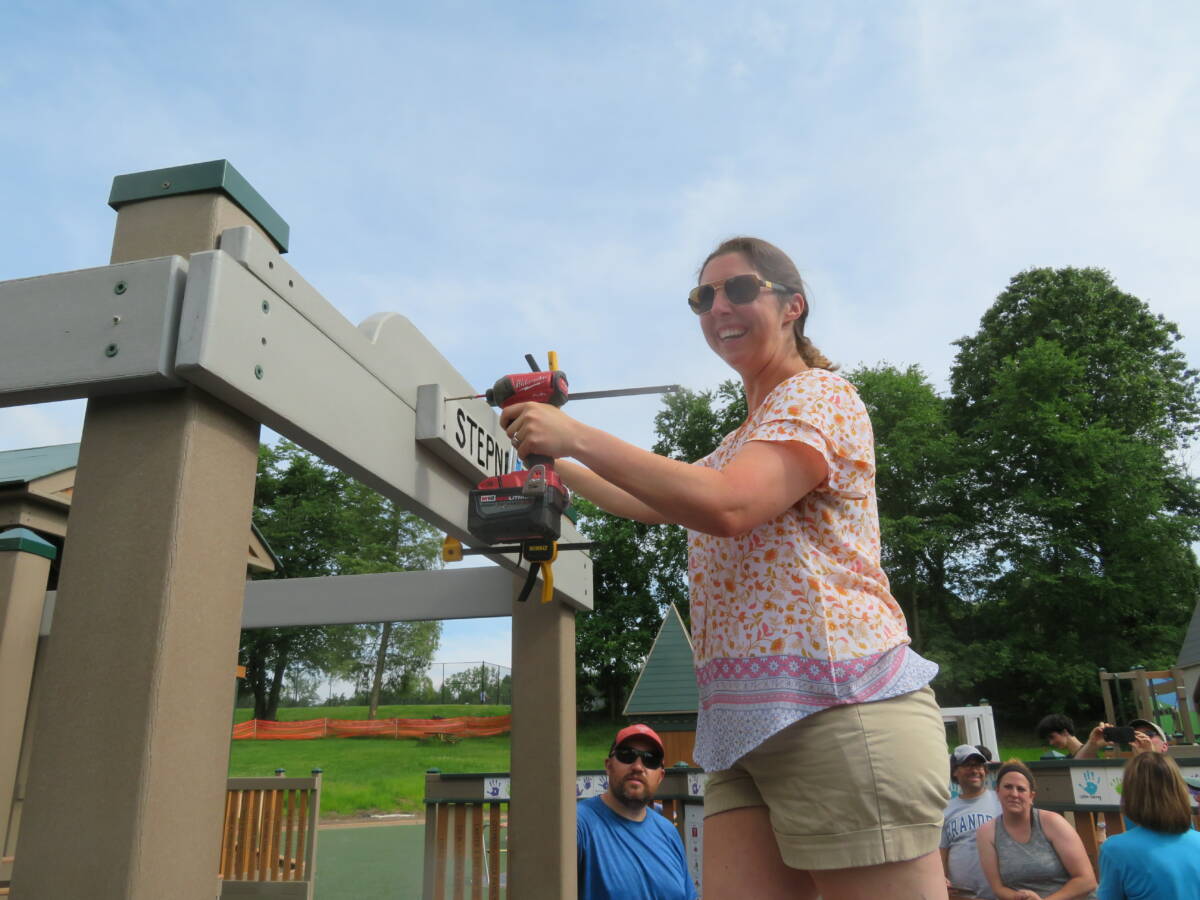 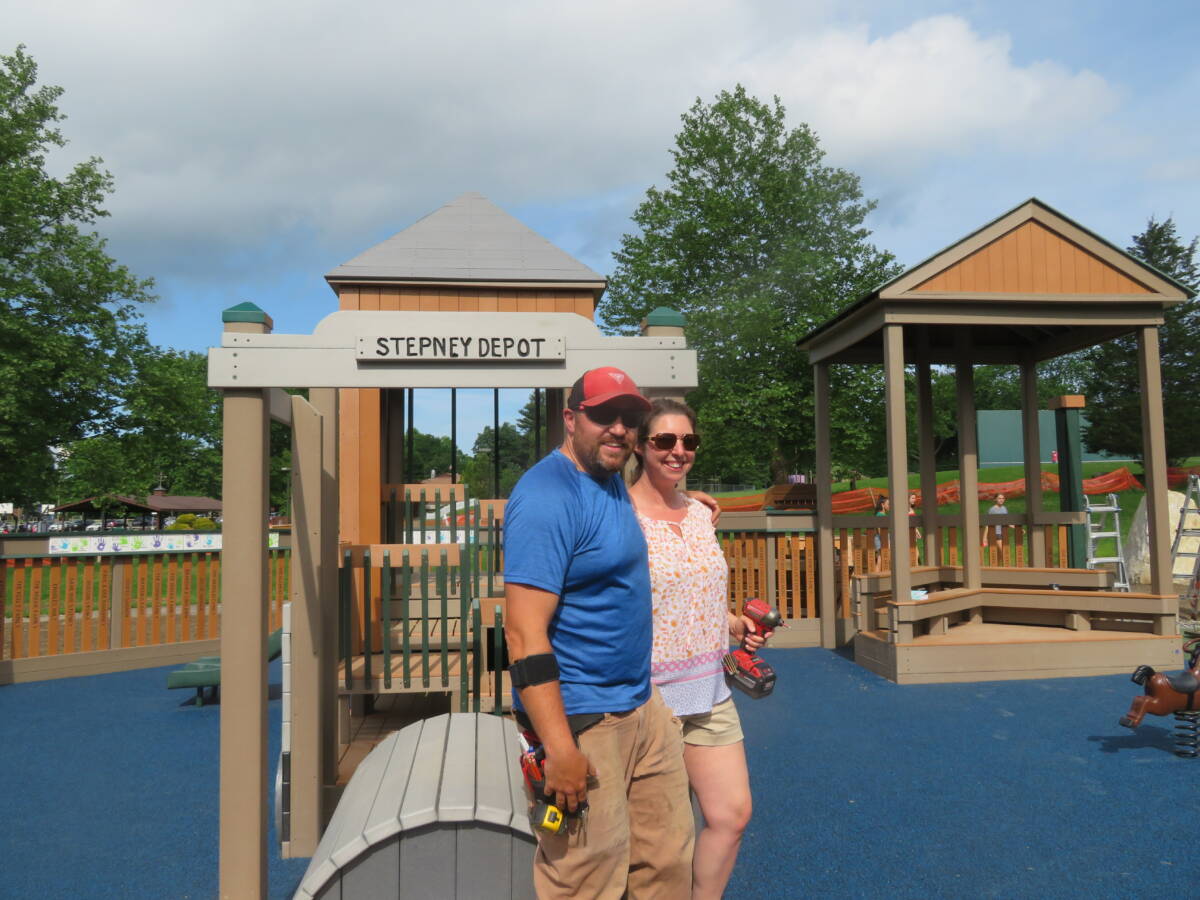 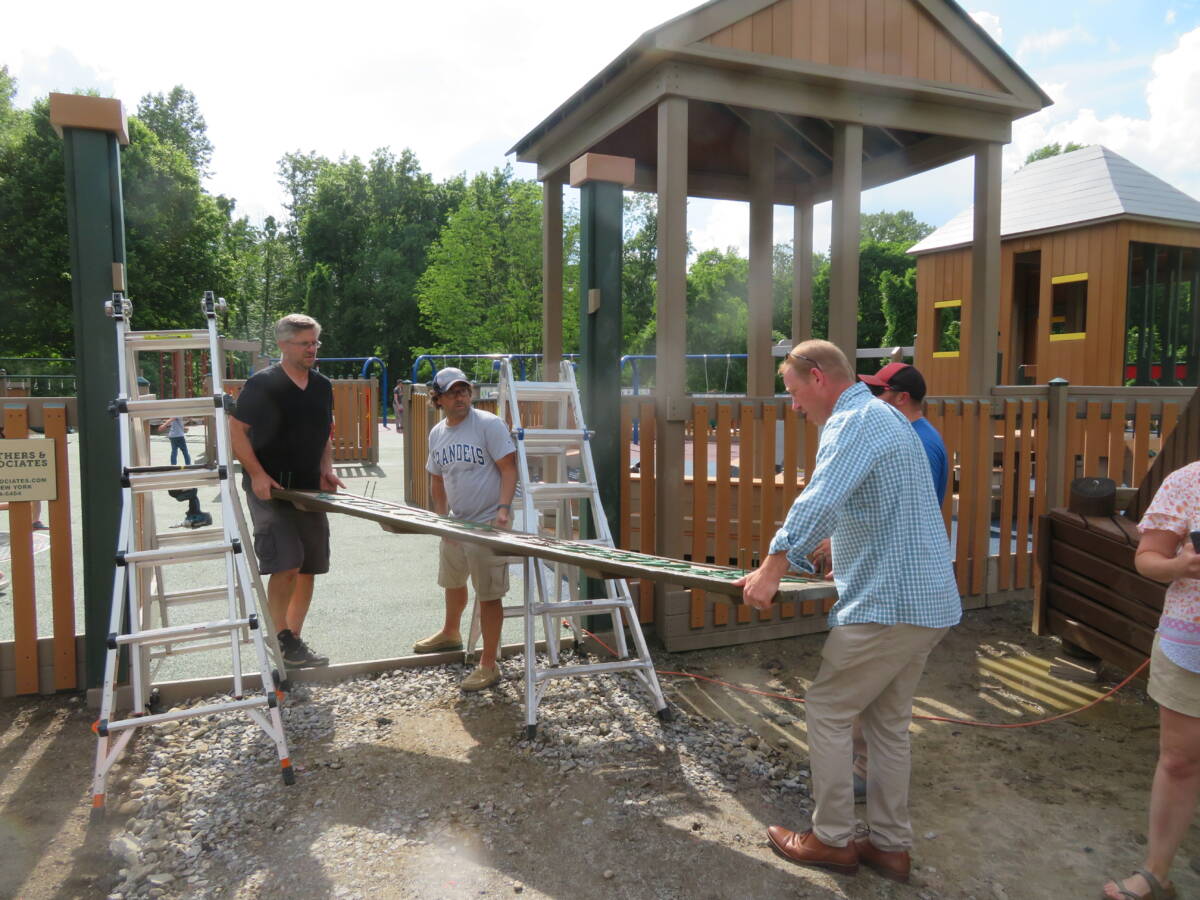 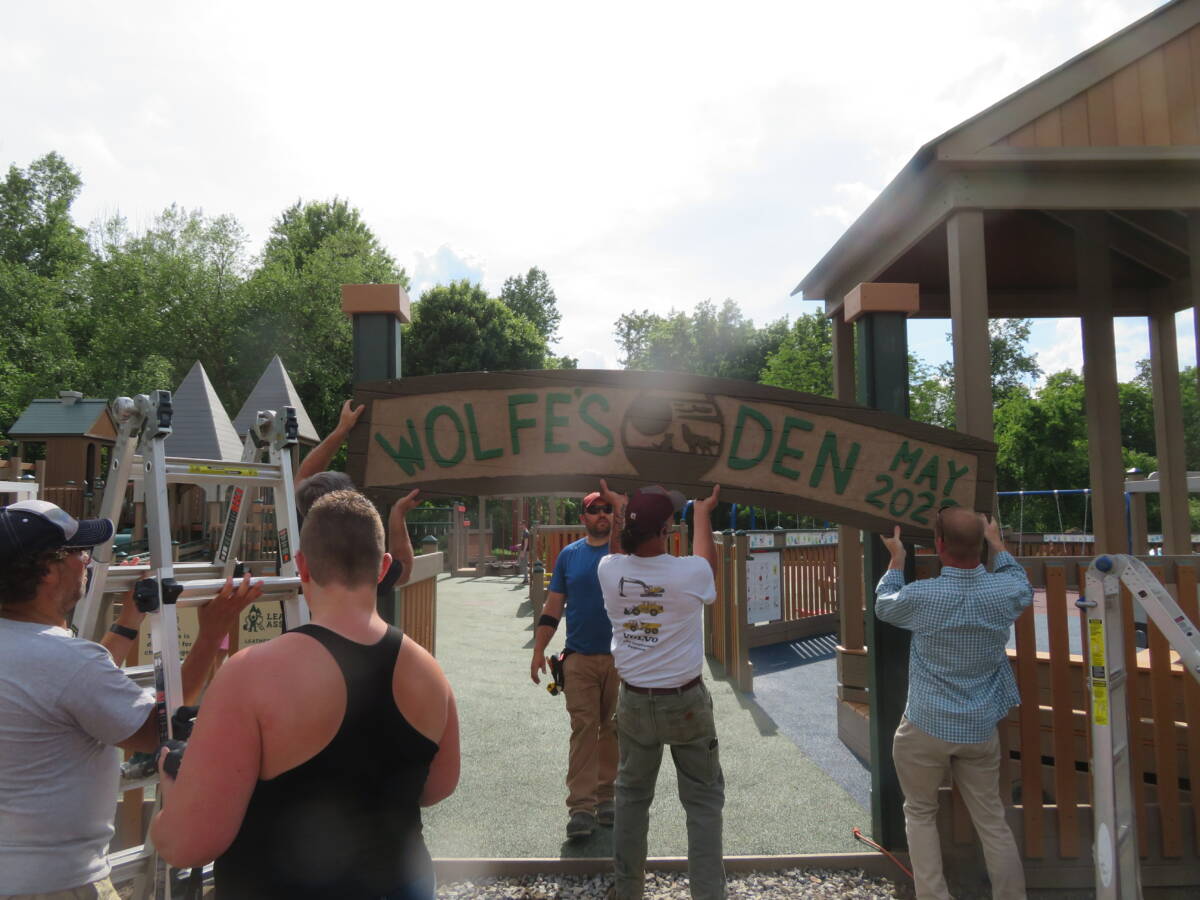 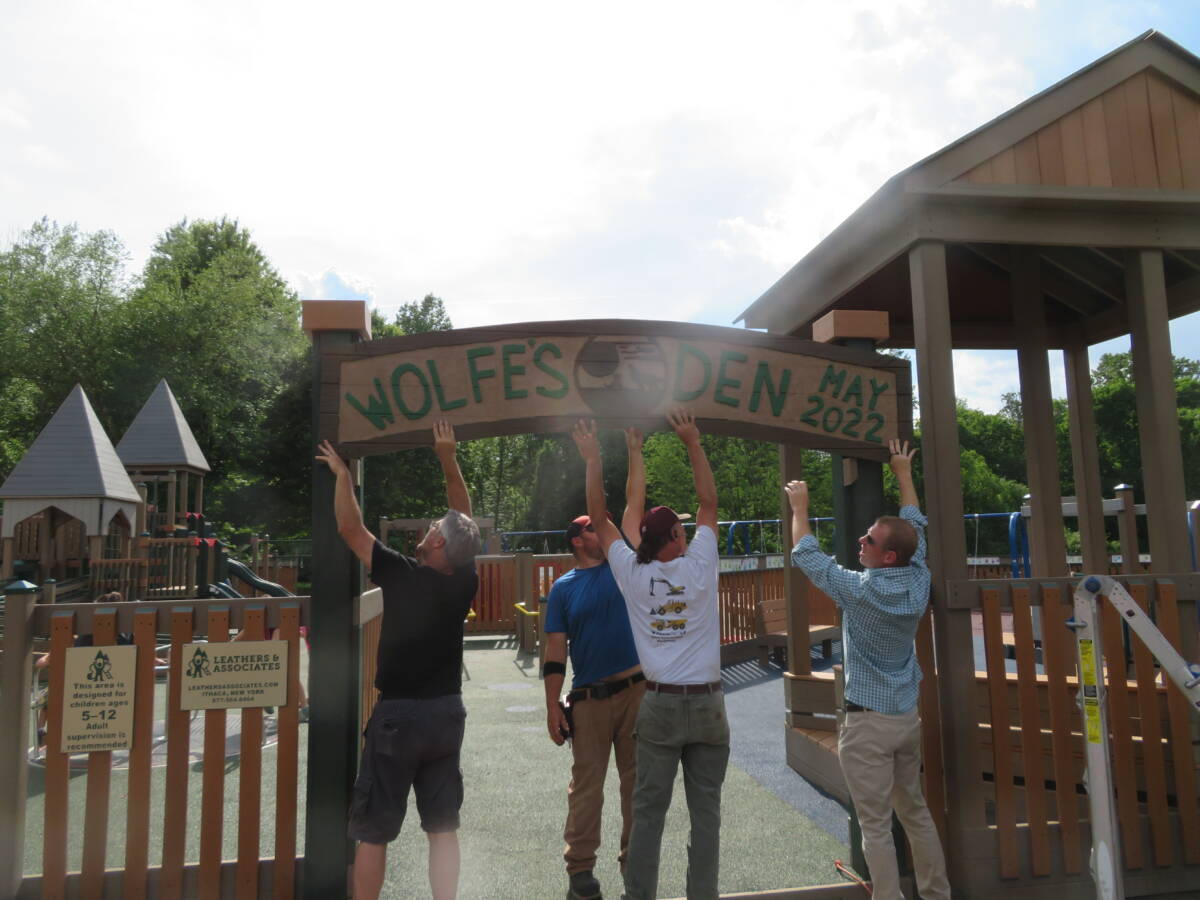 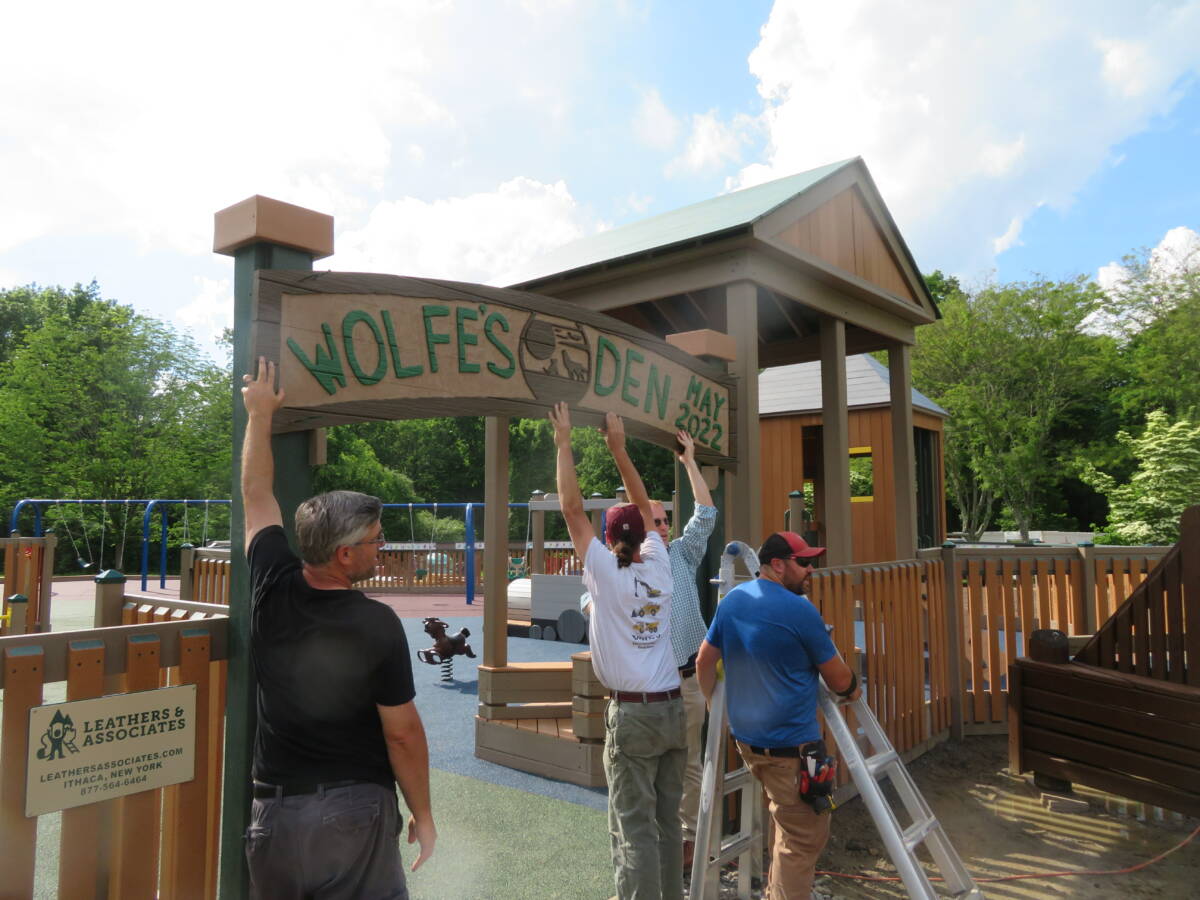 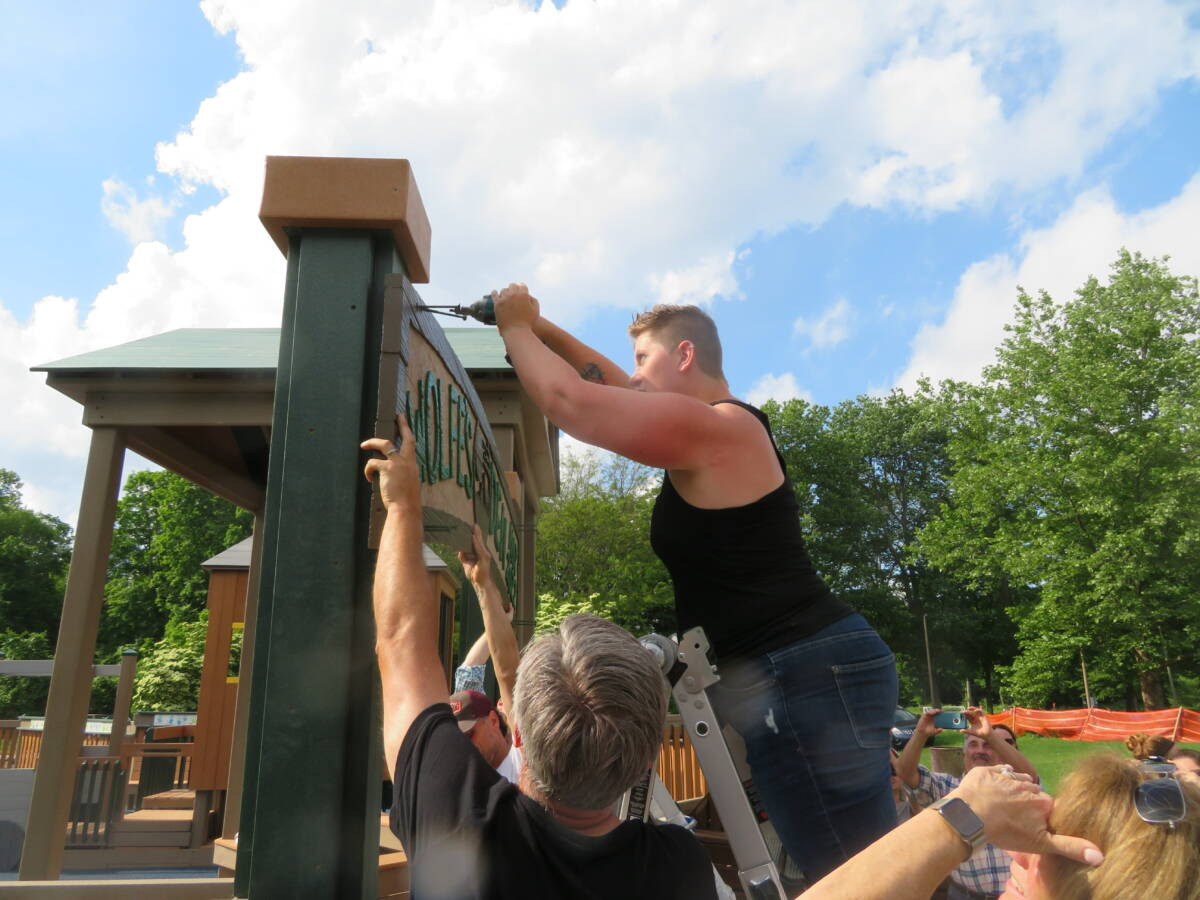 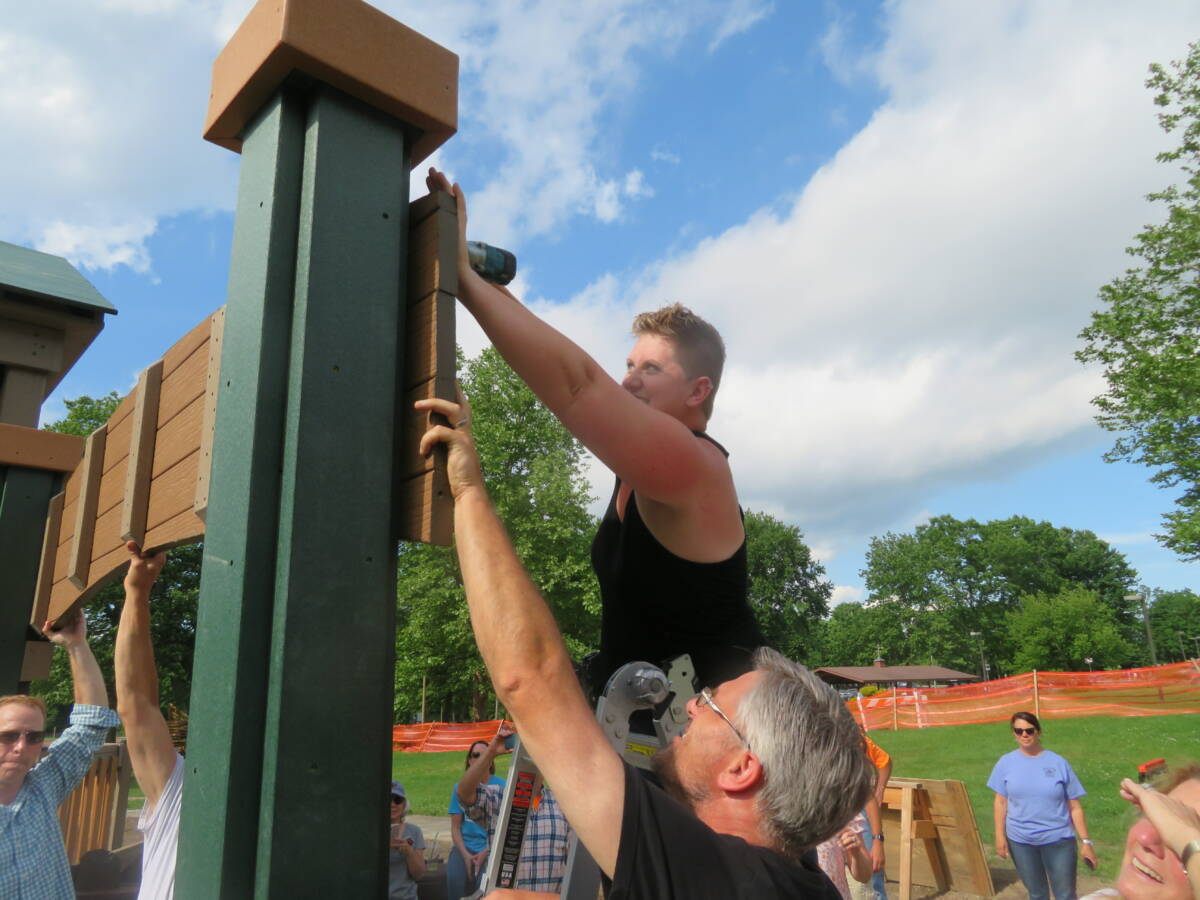 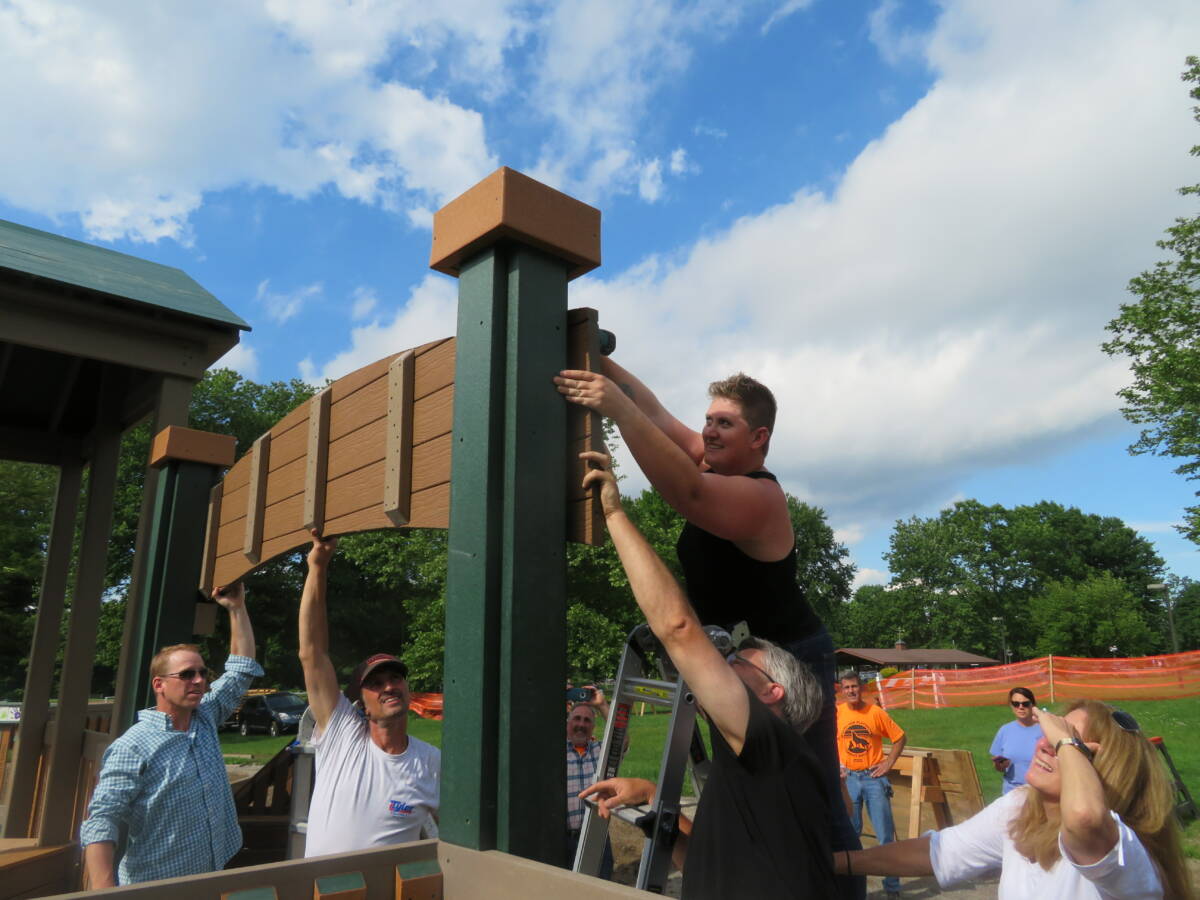 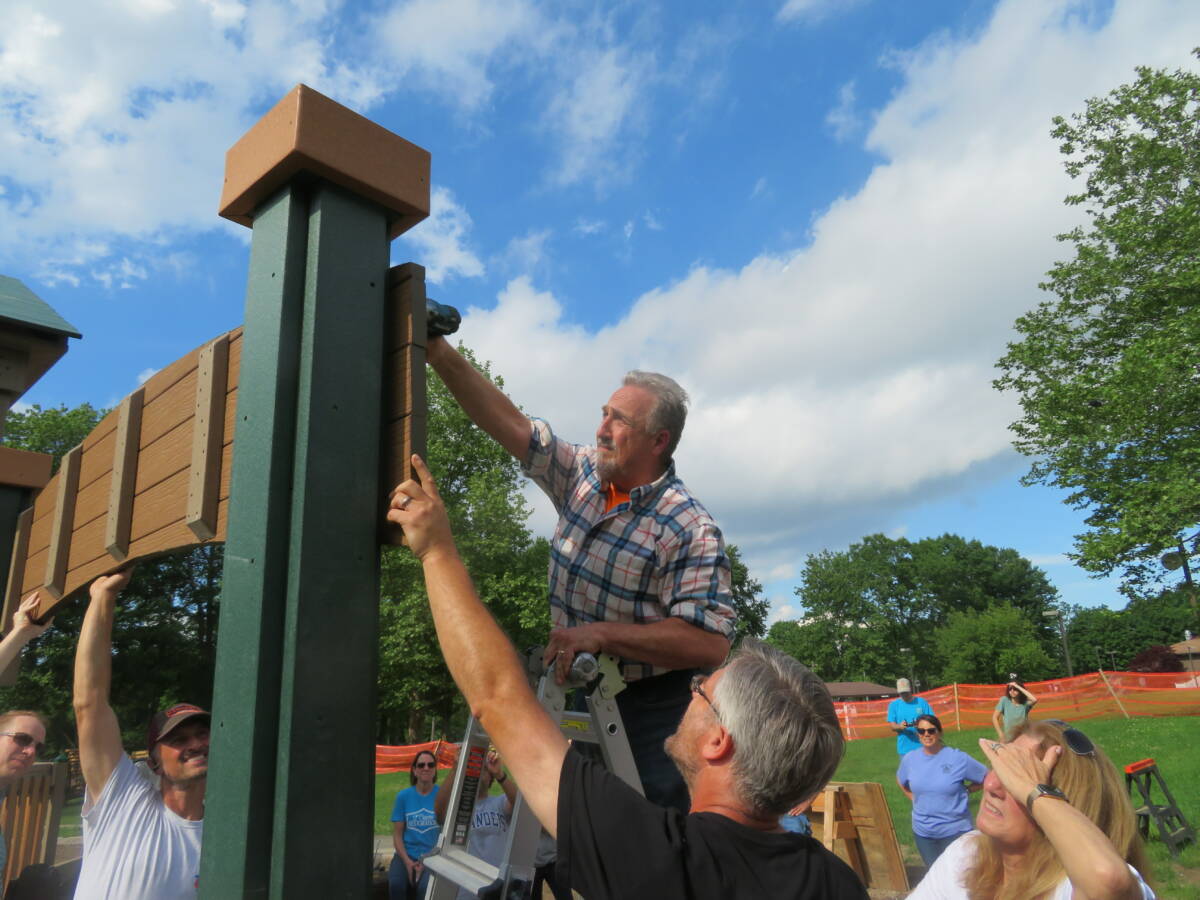 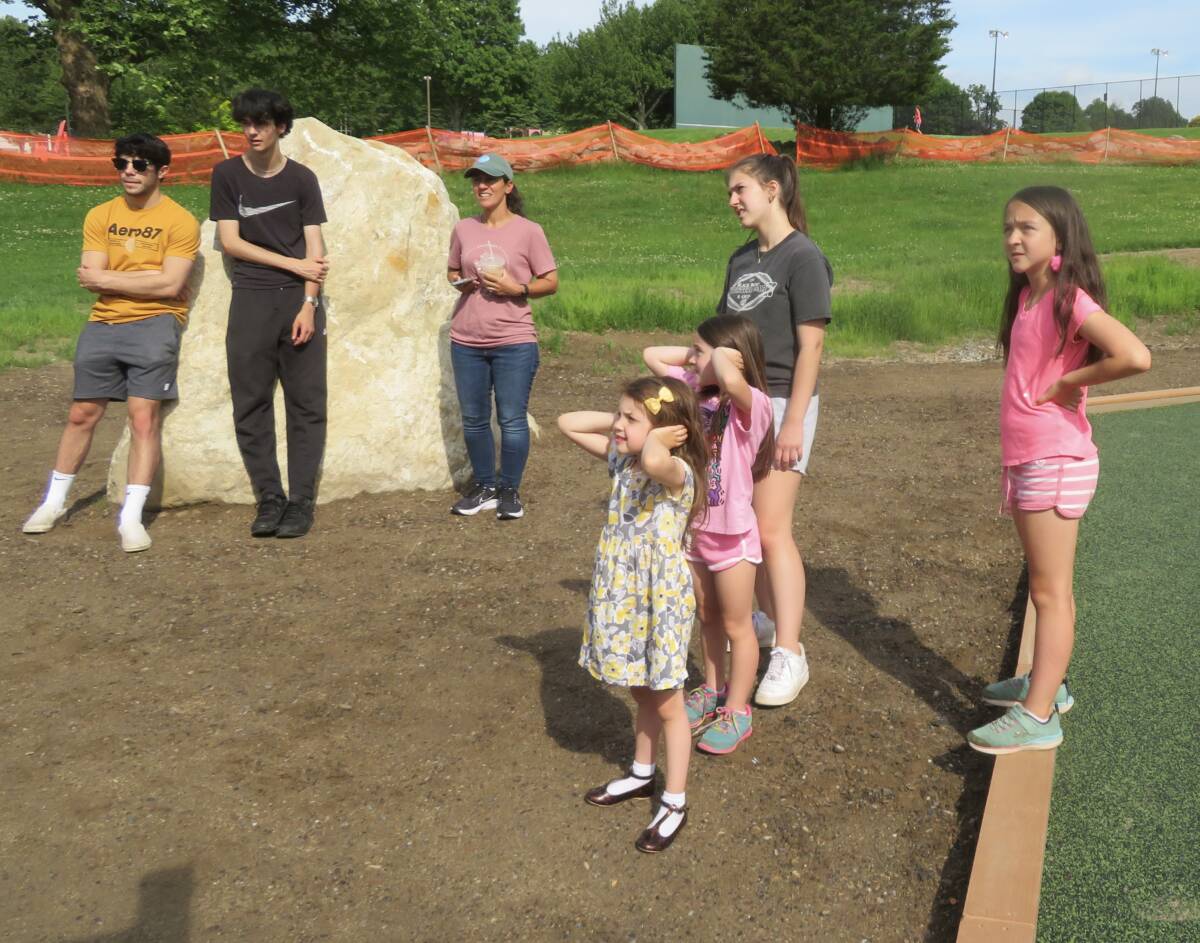 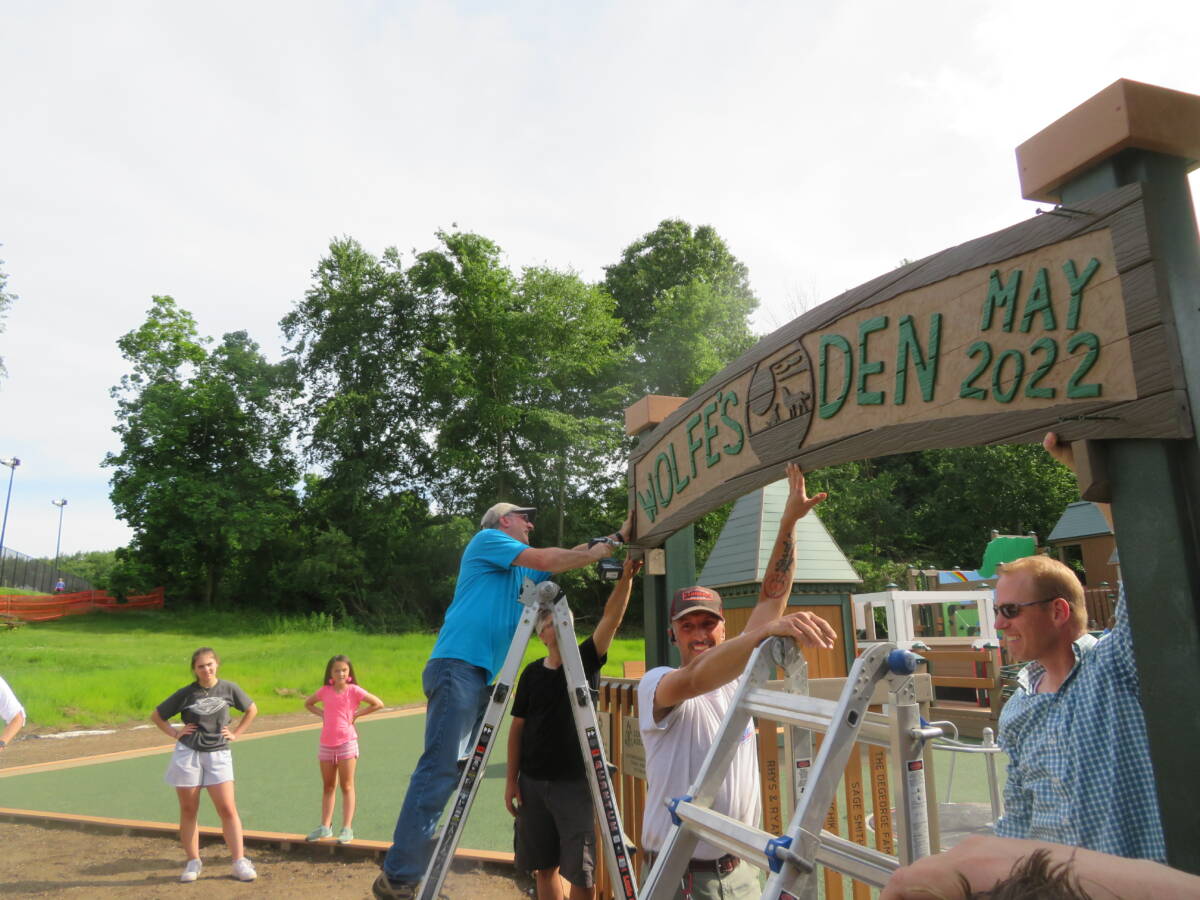 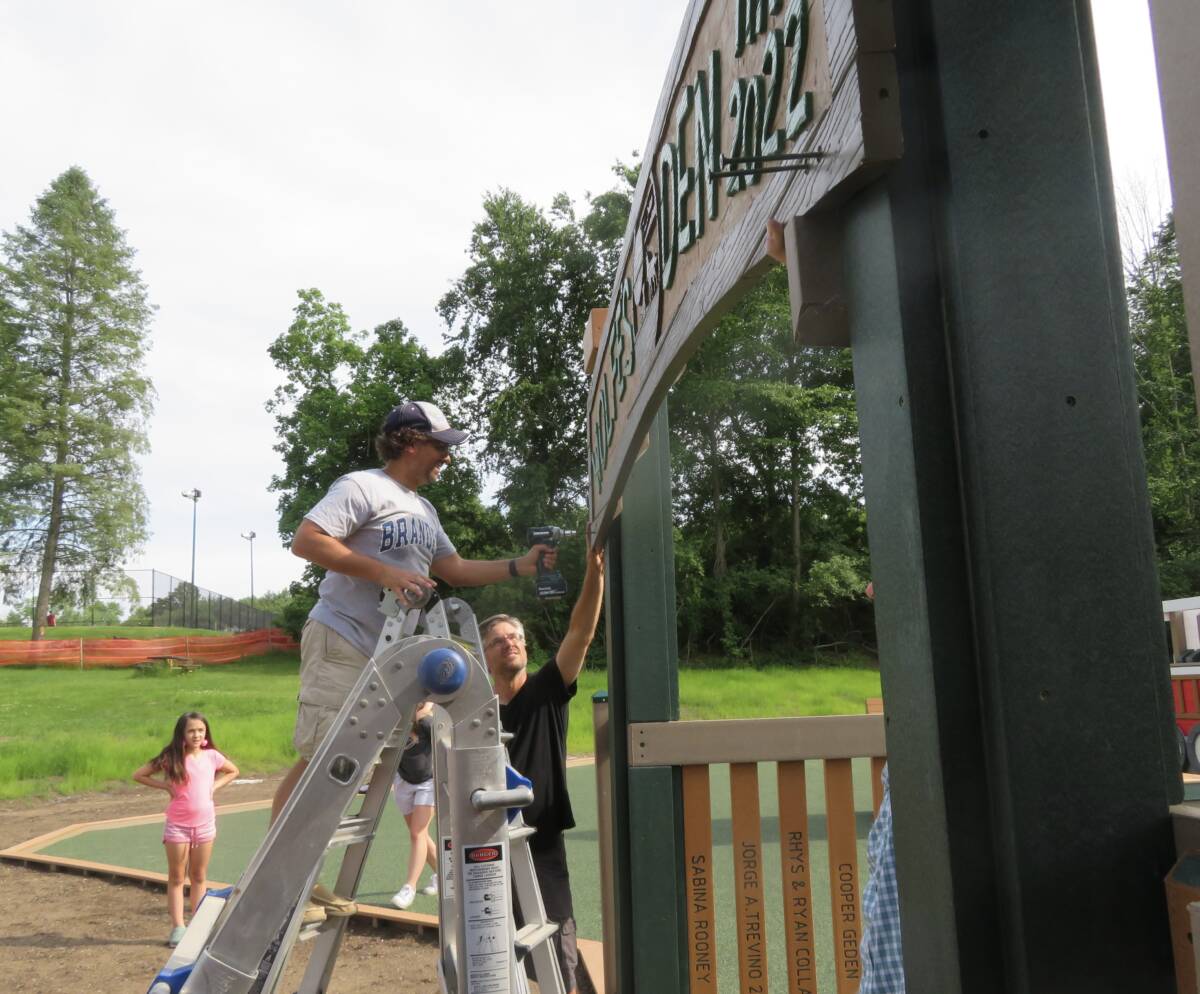 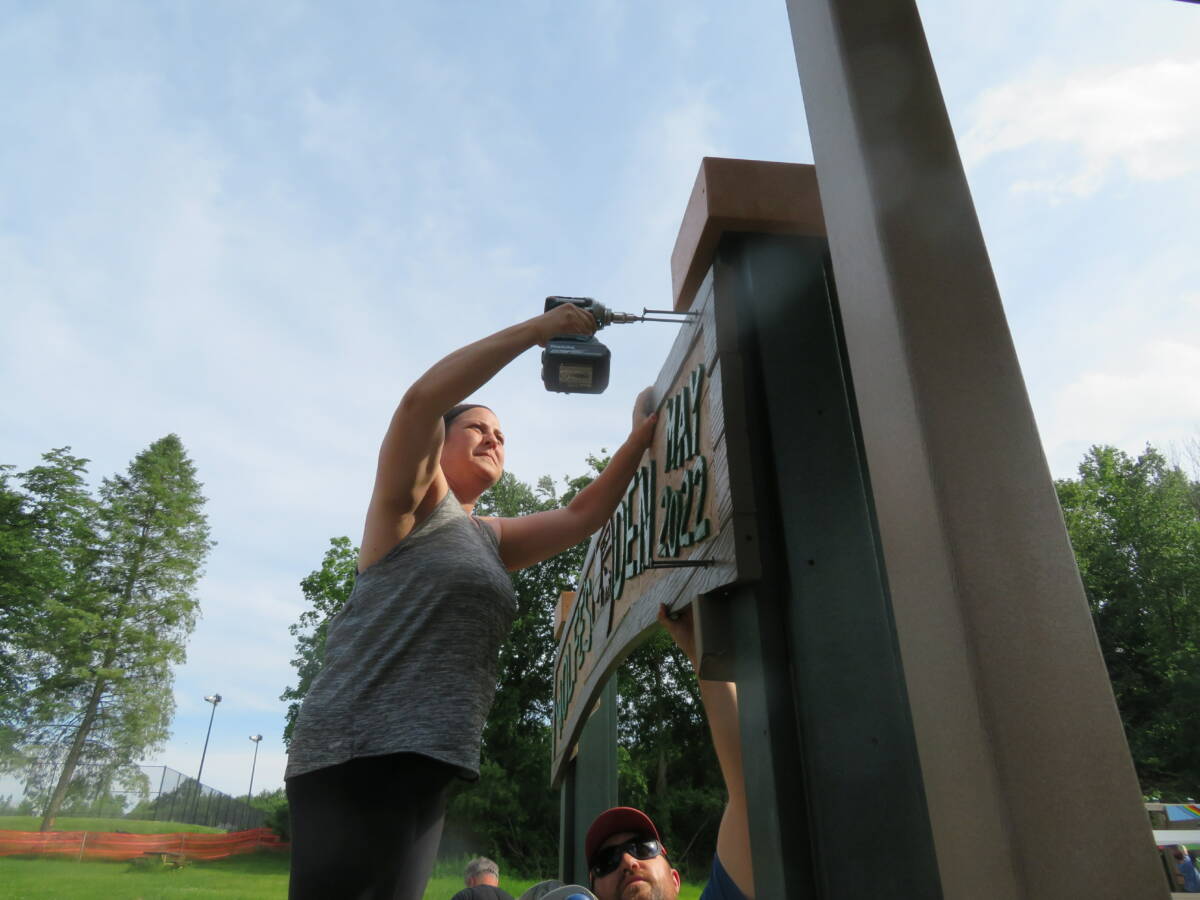 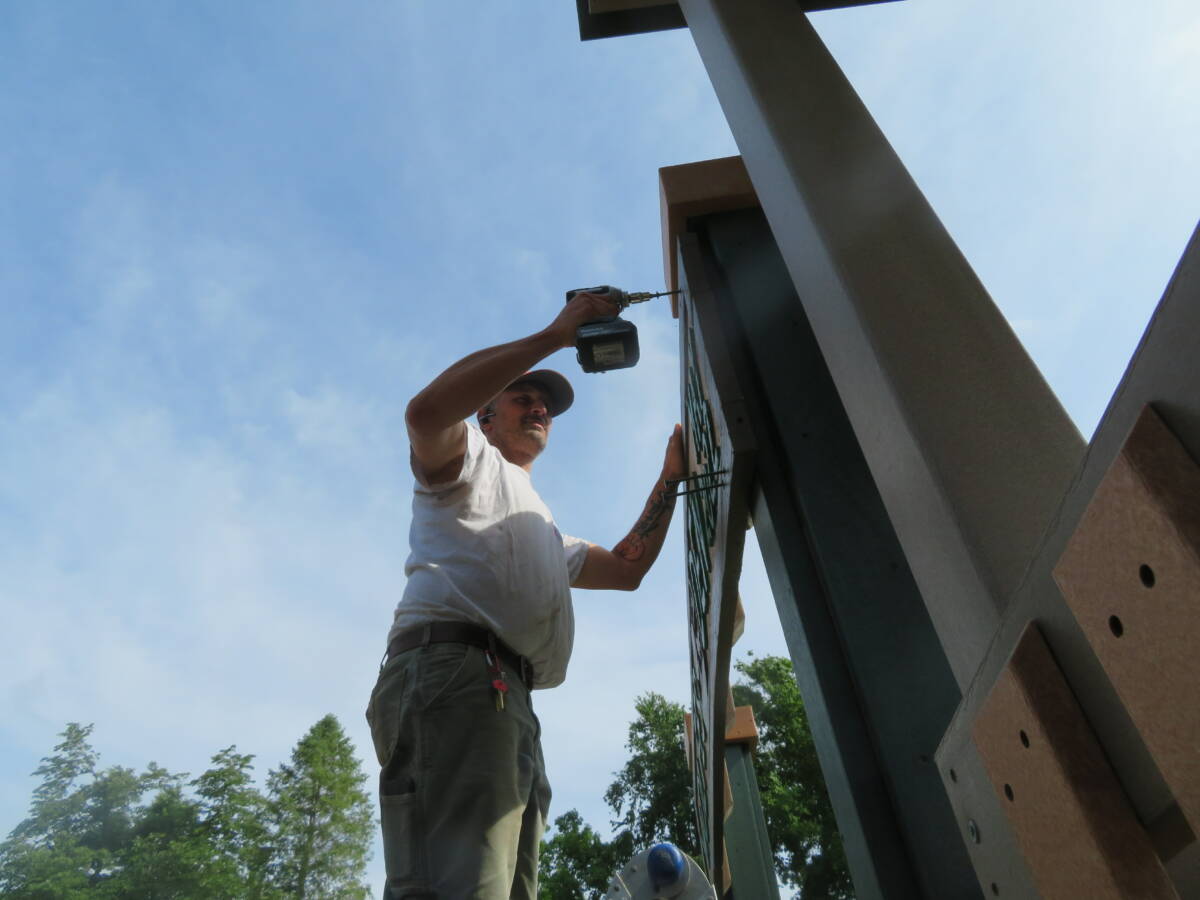 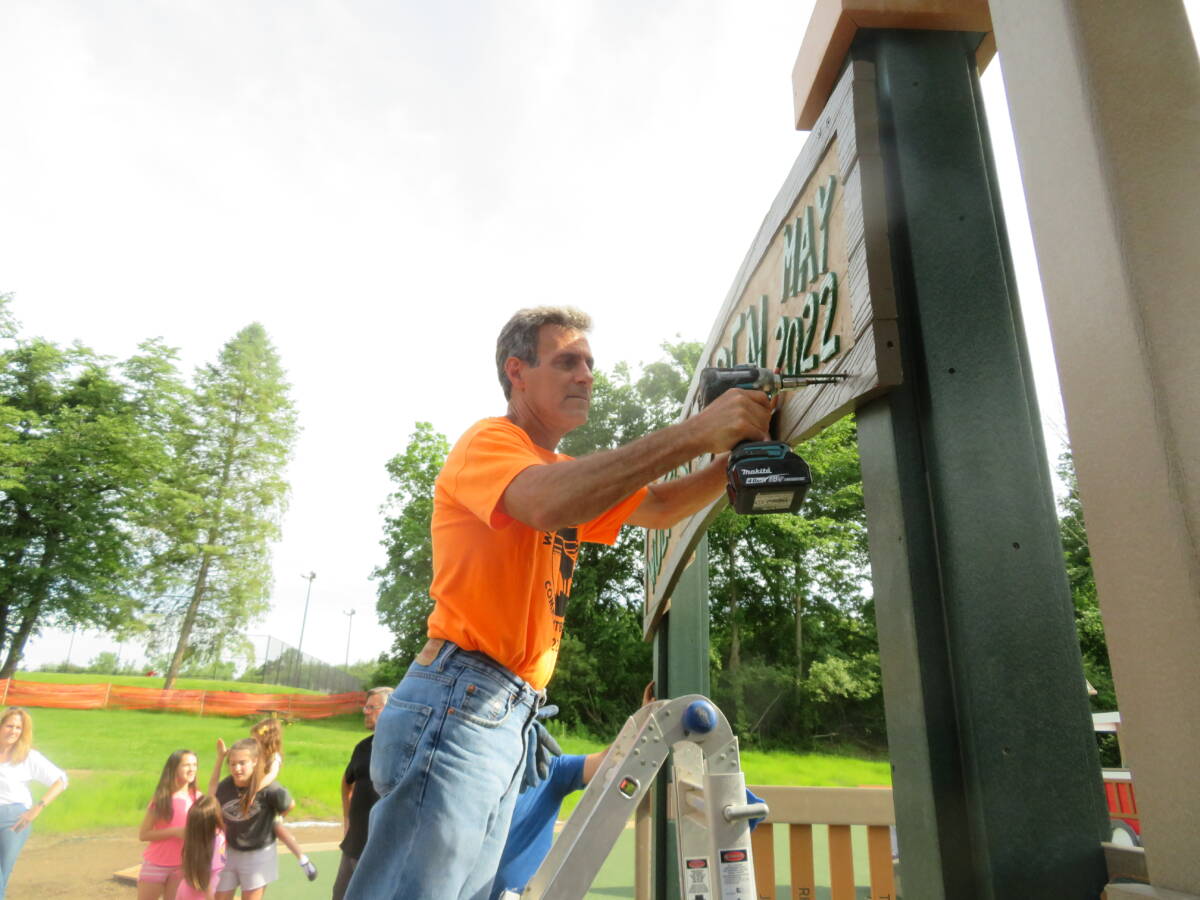 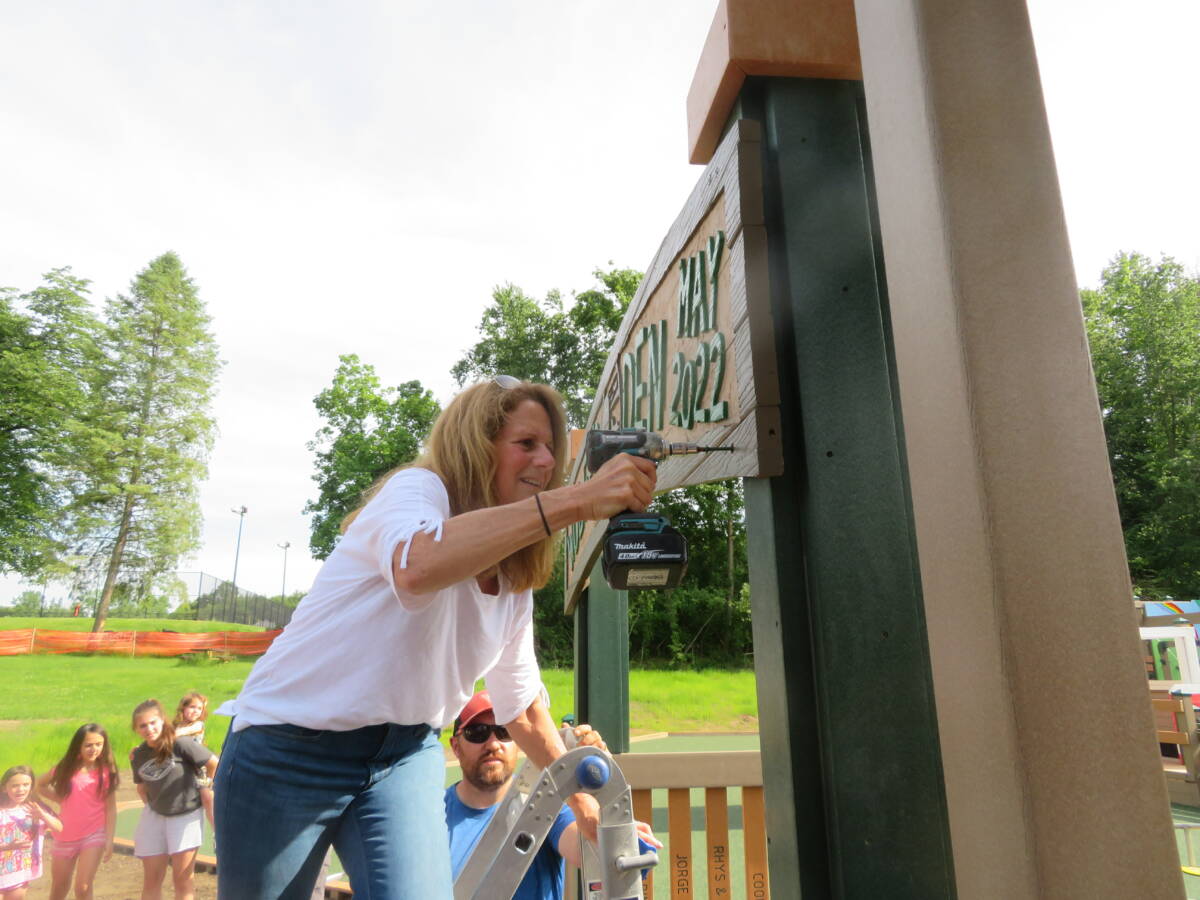 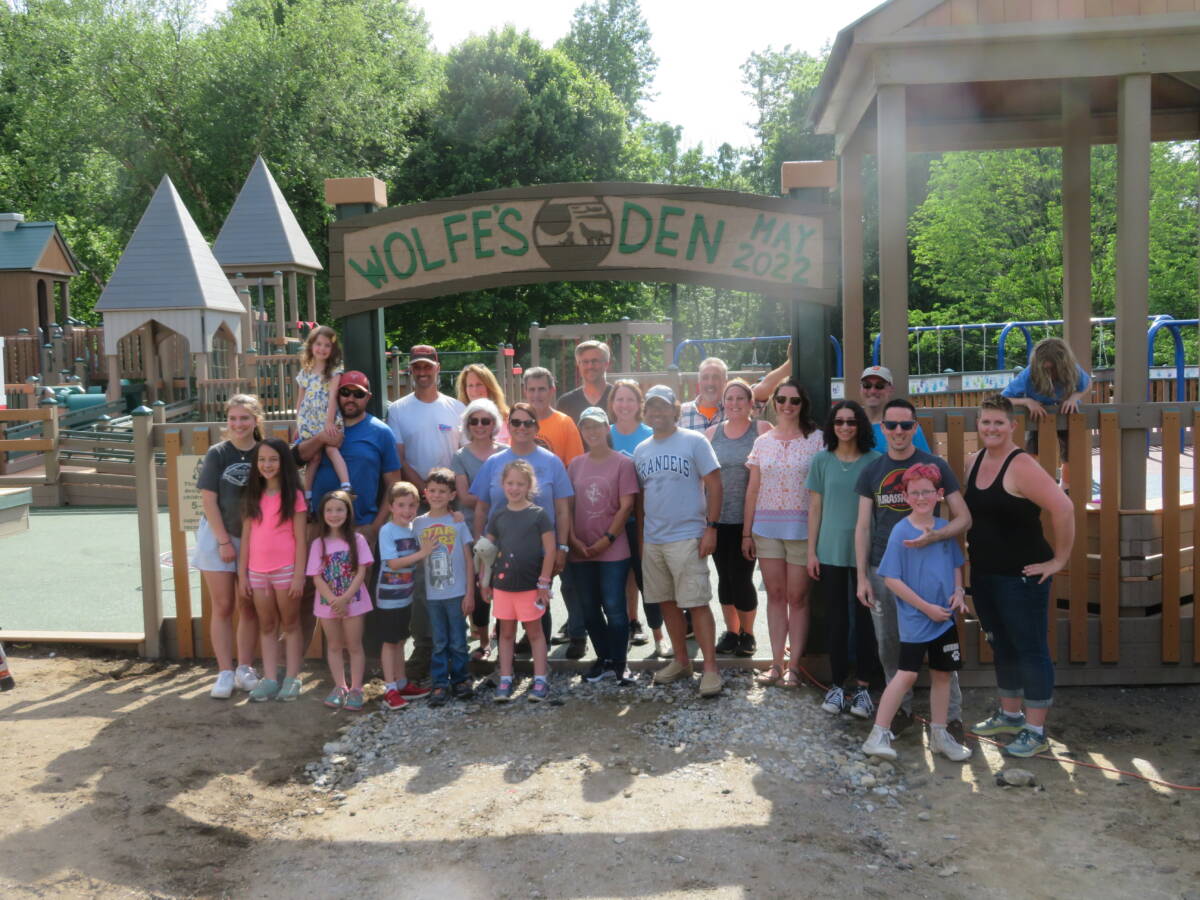