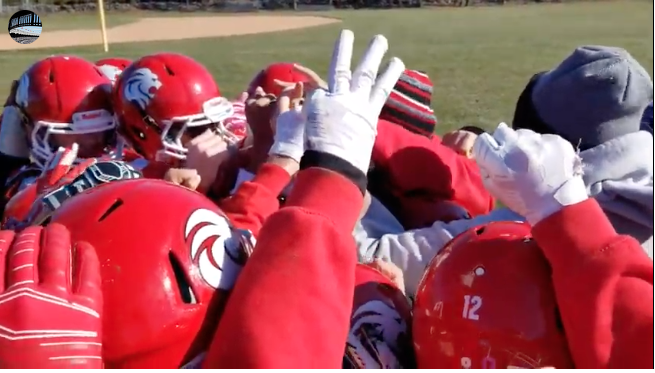 “I thought we were the best team in the league and the boys went out and proved it today,” said Head Coach Steve Christy.

After trailing 6-0 early it was all Monroe. Ryan Putnam had his best game of the season totaling 207 all purpose yards and scoring five touchdowns. Christian Bouton added 152 total yards and a touchdown. Quarterback Jason Pagano threw for 136 yards and a touchdown and Eli Belizor added a rushing touchdown for the number one seeded Lions.

Over the past 12 weeks the Lions went 11-0, while having 10 different players score.

Quarterback Jason Pagano finished the season completing 113 of 153 passes for 2,101 yards and 33 touchdowns and just two interceptions. He also rushed 59 times for 589 yards and 8 scores.

Wide receiver Christian Bouton had 43 receptions for 859 yards and 50 rushes for 556 yards and a total of 26 touchdowns.

Running back Ryan Putnam had 66 carries for 583 yards and 20 receptions for 335 yards and a total of 14 touchdowns.