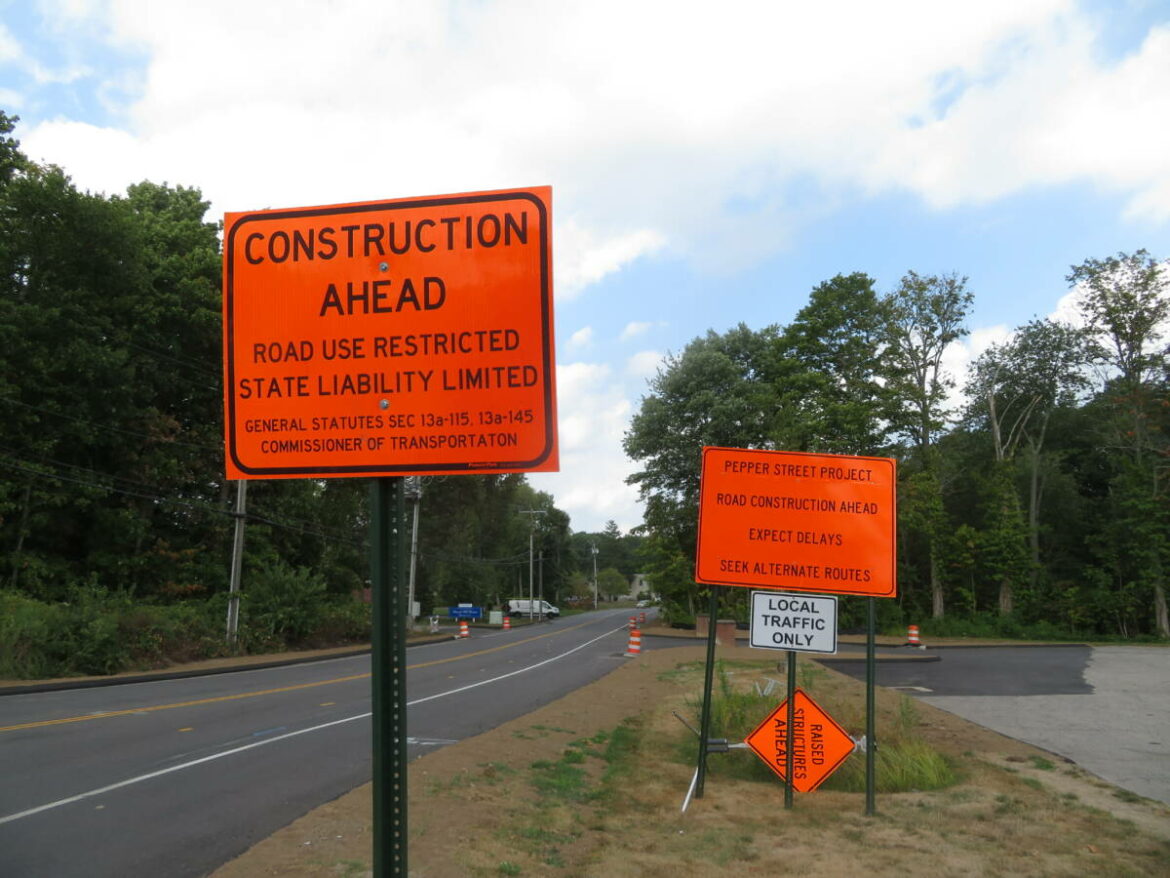 “I’m happy with the progress that’s been made,” he said Friday. “Our overarching goal is to get this project completed.”

Kellogg said significant progress was made when a section of Pepper Street was closed on the weekend of Sept. 16, adding construction crews had wrapped up their work by that Saturday evening.

In his most recent update, the first selectman outlined the work expected over the next two weeks:

The $7 million project, which is 90-percent funded by the state and federal government, involves an “extensive number of overhead and underground utilities that require relocation.”

The project includes dramatic safety and geometric upgrades to improve sightlines, including lowering the roadway in some areas, according to Kellogg. The intersection at Main Street will have an upgraded traffic signal installed, there will be drainage improvements and a complete replacement of the culvert at the Jockey Hollow Road intersection.

There will also be completion of a section of the multi-use trail.

2 thoughts on “Pepper Street: Kellogg details work to be done over next 2 weeks”